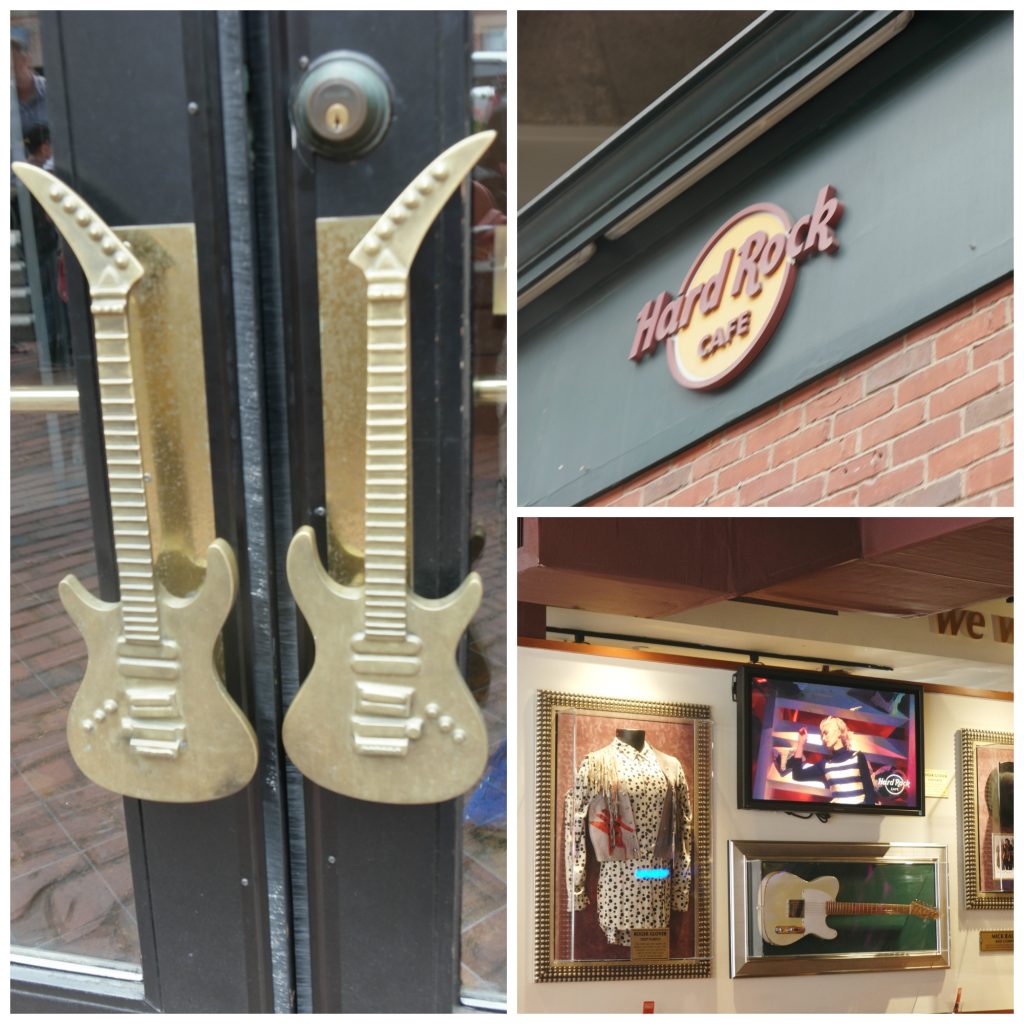 We went in and were surrounded by so many amazing music related artifacts. The first thing you see is a whole wall covered in cymbals (that is outside of the jacket worn by Keith Moon from The Who that hangs in the doorway when you arrive). You could spend hours going from place to place and ogling the artifacts if you are a true music aficionado.  Alas, the kids were hungry and while I love music, I knew we needed to get down to food. 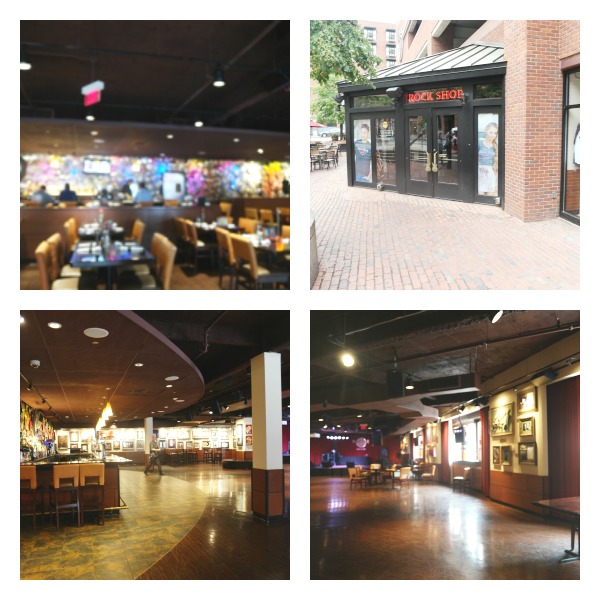 In receiving a menu I was happy to see that the menu was very wide ranging for both kids and adults. We all made quick selections and the staff were very attentive to the needs that we had. In only a very short time we received the huge portions of food that you get with your order (I mean, look at the size of the cobb salad I had).

While we were waiting for the food I did question our waitress a bit about the history of the Hard Rock Cafe. I found out that the first Hard Rock Cafe was in London and when she said this I realized that this must have been the Hard Rock Cafe that I remember visiting when I was in high school. She mentioned that the first items to ever be donated were guitars from Eric Clapton first and then Pete Townsend said that if Eric Clapton was there he better be too so he donated a guitar too. I found out that nw all of the items that you see in the Hard Rock Café’s around the world are bought by a select few employees at auction (talk about a cool job). 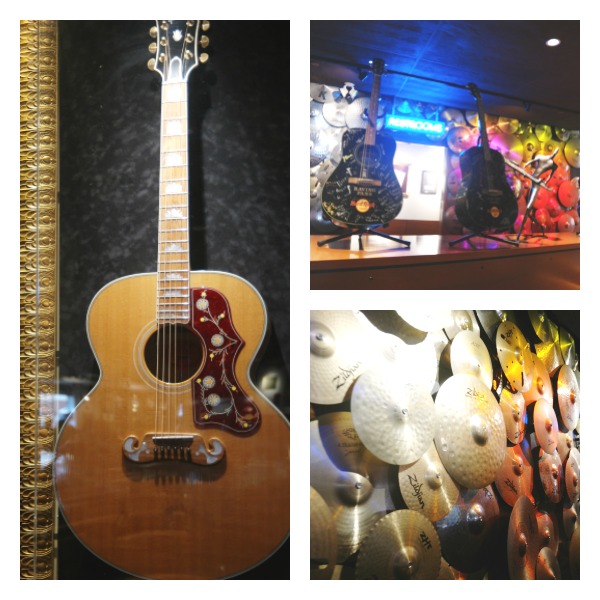 Back to the food, not only do you get a large amount of food but the food that you do get is so good! Each of us ad different items and we left thoroughly stuffed which was good as it was our meal for the day! 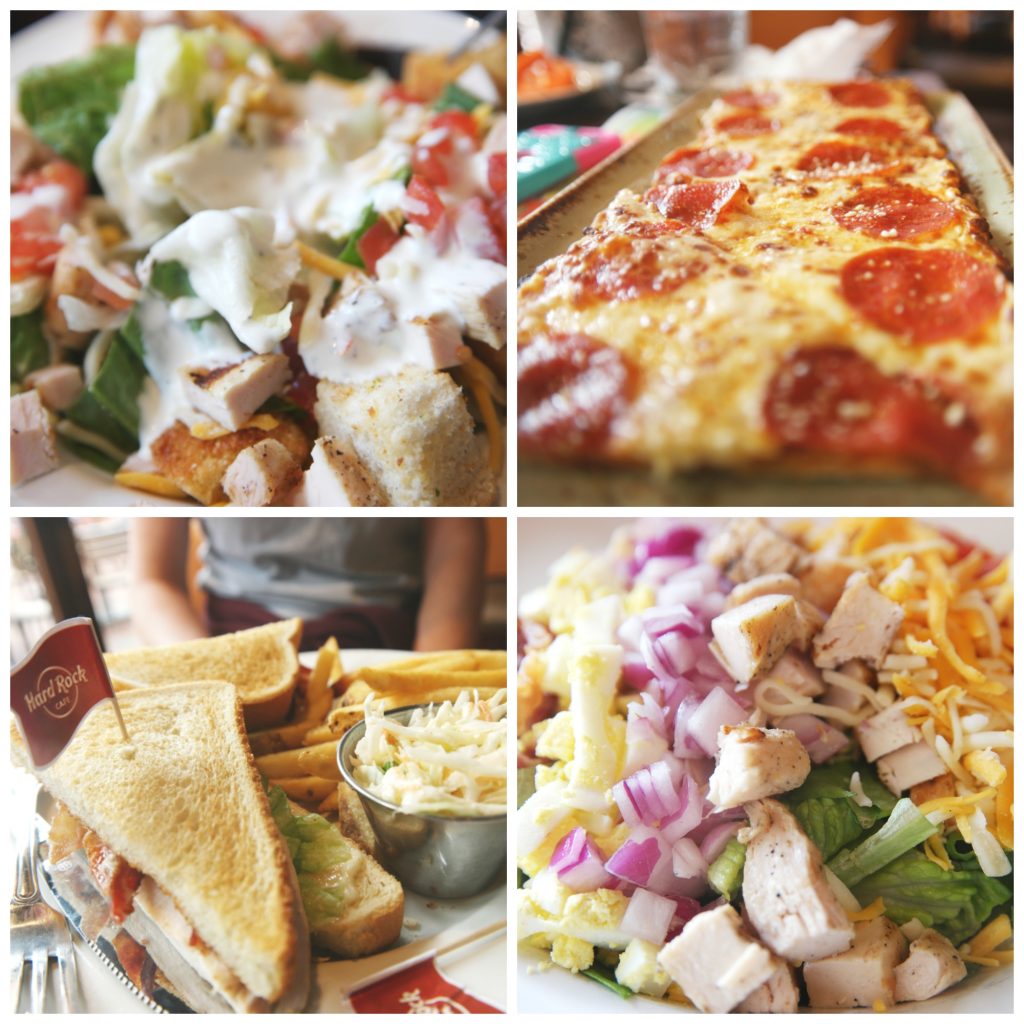 I explored the Boston Hard Rock Cafe and found that not only do they have a main dining area, but they also have a special room that is used for concerts and special musicians. Our waitress mentioned that there have had people from Ed Sheeran to other less known artists performing there. Also this room had even more music relics that if you are a music lover, you will truly appreciate. 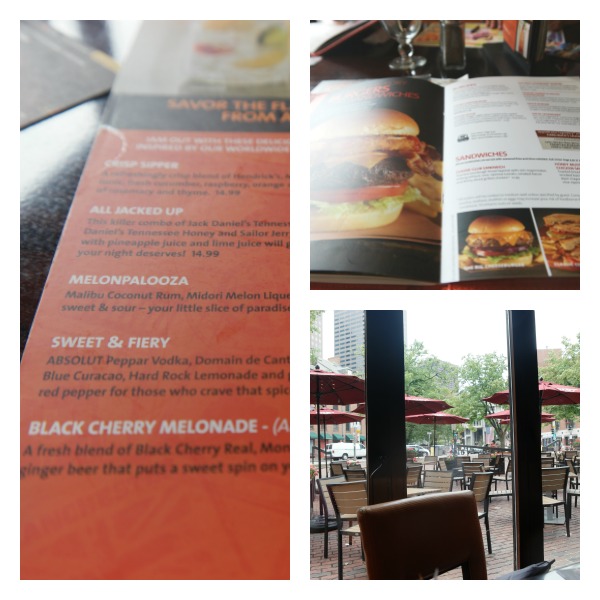 The Hard Rock Cafe in Boston brings music to life while giving you amazing food too. If you love music and great food and you have never tried the Hard Rock before you should check out this Boston location or any of their locations!