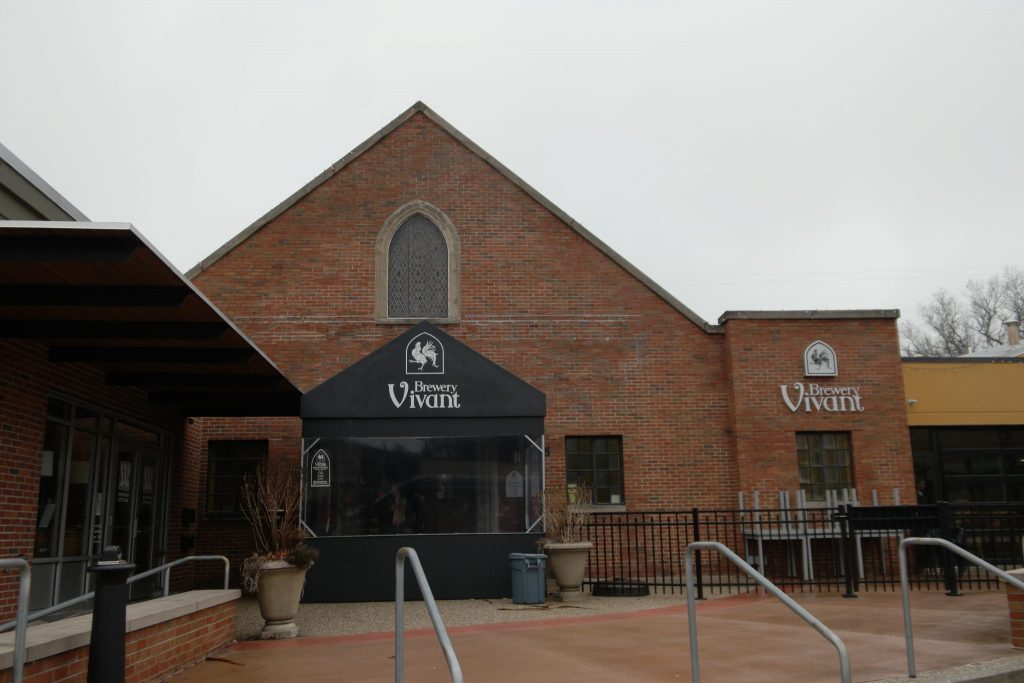 Grand Rapids is a great town. The city itself has not only re-invented itself but it has come to be known as the Beer City in Michigan because of all of the amazing breweries that that not only popped up but have stayed in the Grand Rapids area for many years. That being said, with all of the breweries you and a few of your friends could easily make a Beercation out of a weekend and even become a Brewsader by visiting at least 7 breweries that are listed in the Beer City Brewsader passport that you can get while in Grand Rapids. 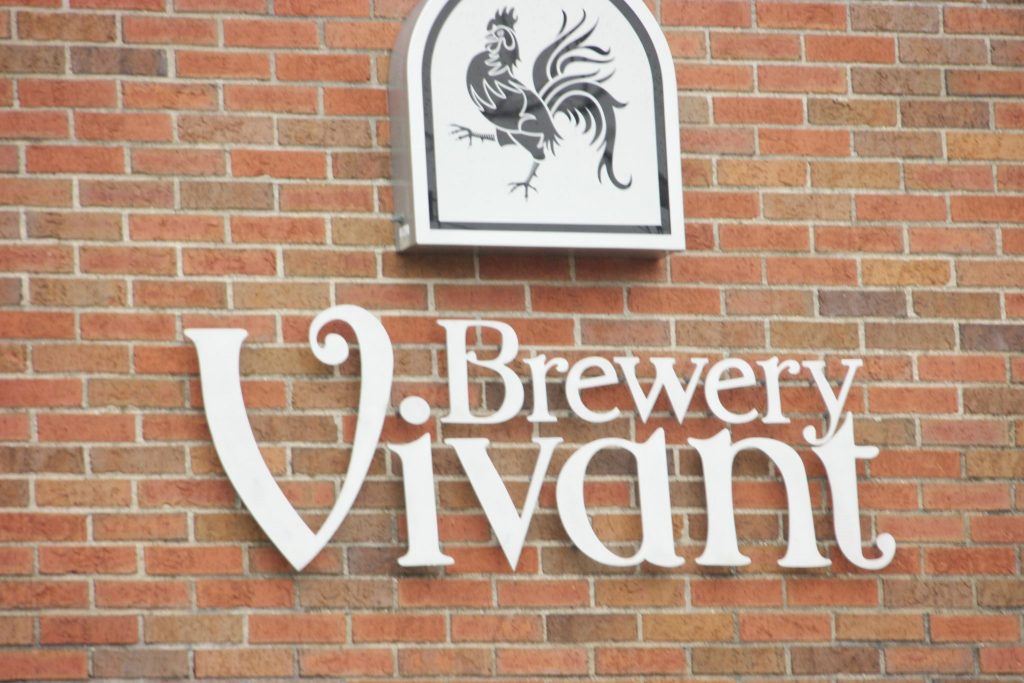 On day of our Brewcation one we first visited Brewery Vivant. Brewery Vivant is a brewery that has been in existence since 2010. The concept behind the was to provide unique beers as well as amazing made from scratch food. We were able to have tour of their brewery and I was able to capture some of the tour here:

In this tour we really got to get a much better understanding of what Brewery Vivant standds for. I was very impressed that it currently makes 5000 barrels of beer a year, but they have a goal of having 10,000 barrels this year. 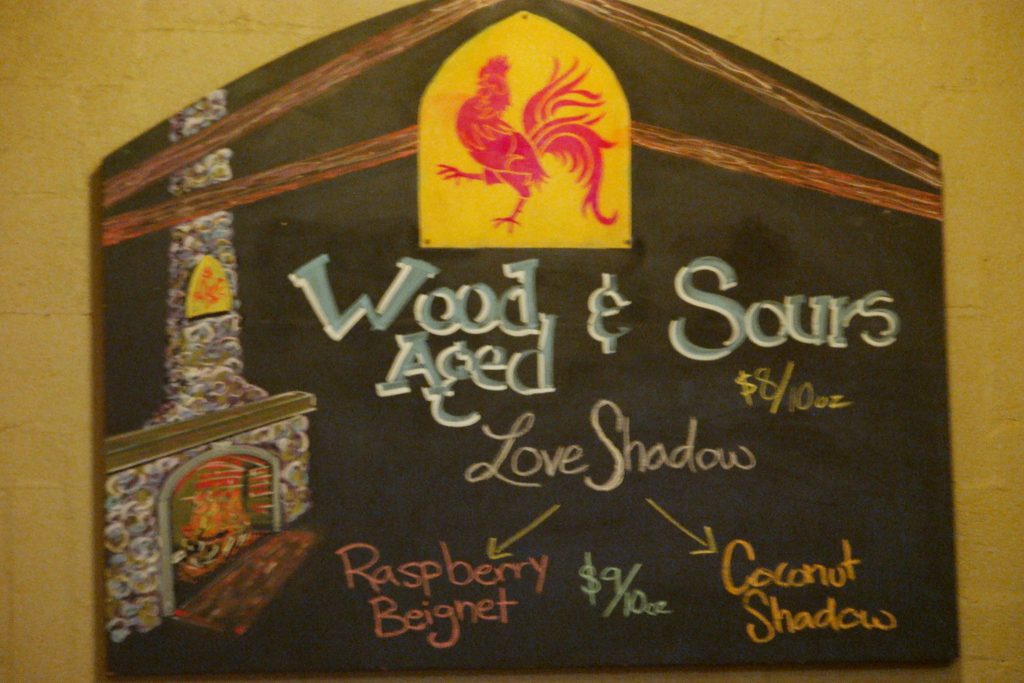 Not only does Brewery Vivant do some fun things to keep staff happy, but they also have created a way to be fully sustainable in the products and practices that they do. Part of this keeps them using local food together as well as creating some very unique food and beer offerings at their location. 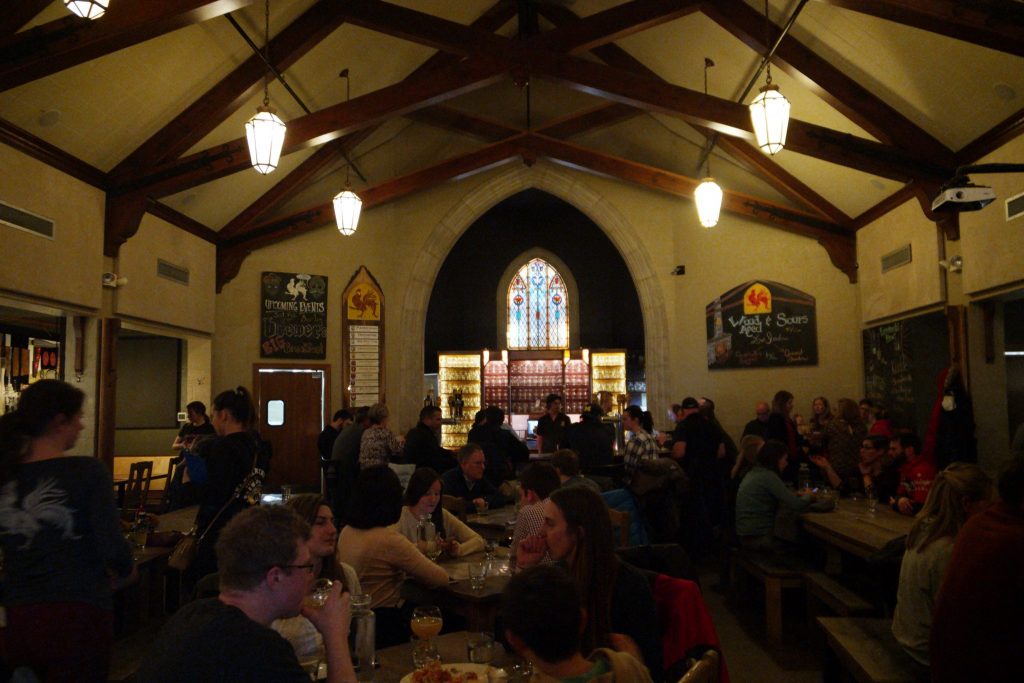 Speaking of the location, I have to say that their location off Cherry Street in Grand Rapids is so unique. As you want in you see venue that looks like a past church and whether you want to purchase a T-Shirt or not you walk through a gift shop as you enter. 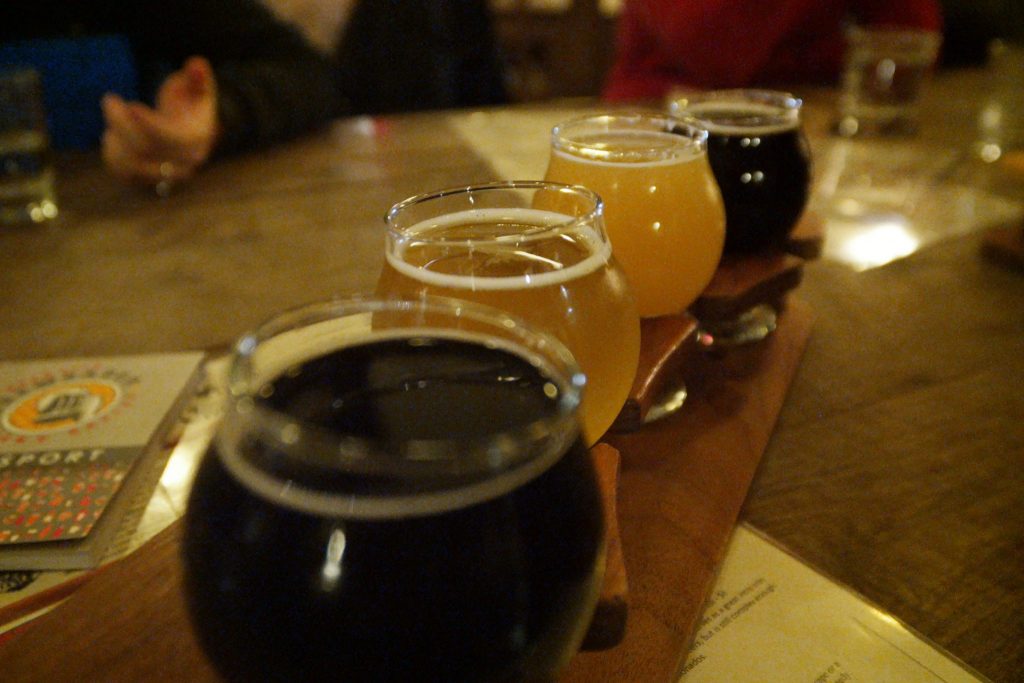 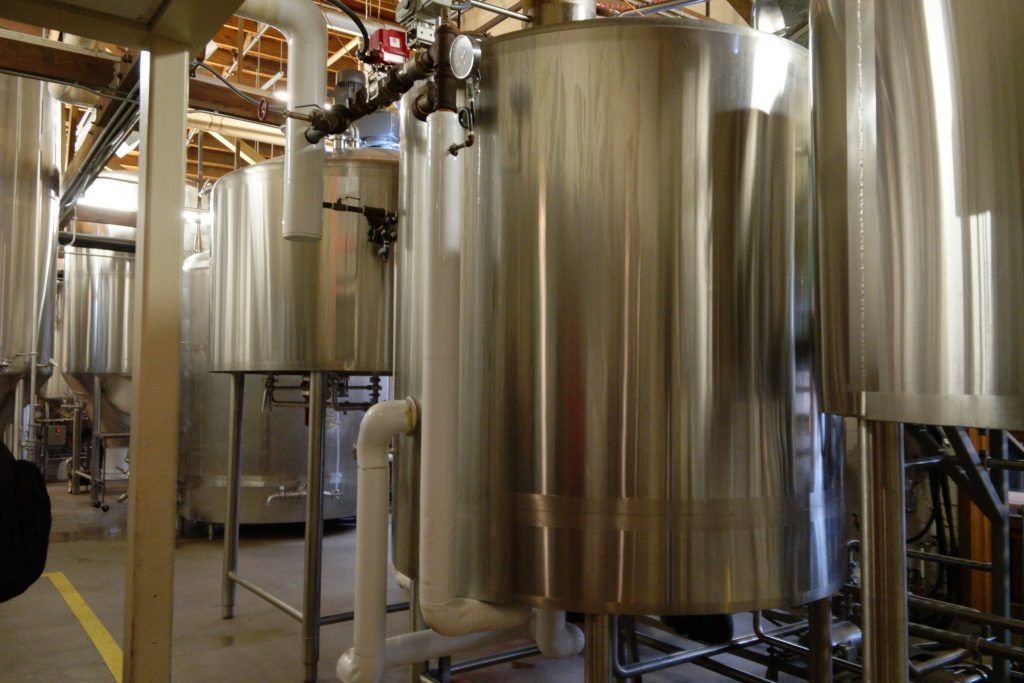 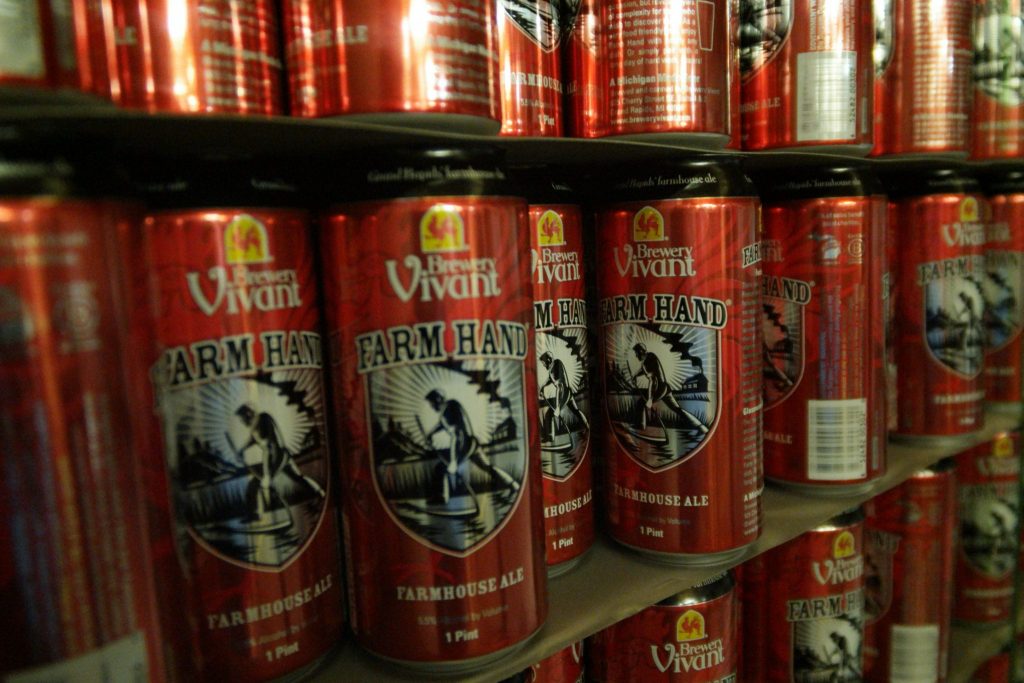 I was amazed that all of their brewing happens on site and as you walk through their brewing facility you will see the huge vats that they use to create their unique brews.

The beer itself was amazing. I ended up trying a flight of beer that included: Cryotherapy Juicy IPA, Undertaker, Ski Patrol and Tart Side of the Moon. All four of these were very good in different ways. I will say that of the four my favorite was probably Undertaker, but all were amazing!

After experiencing the food and brews here I would highly recommend this for everyone! 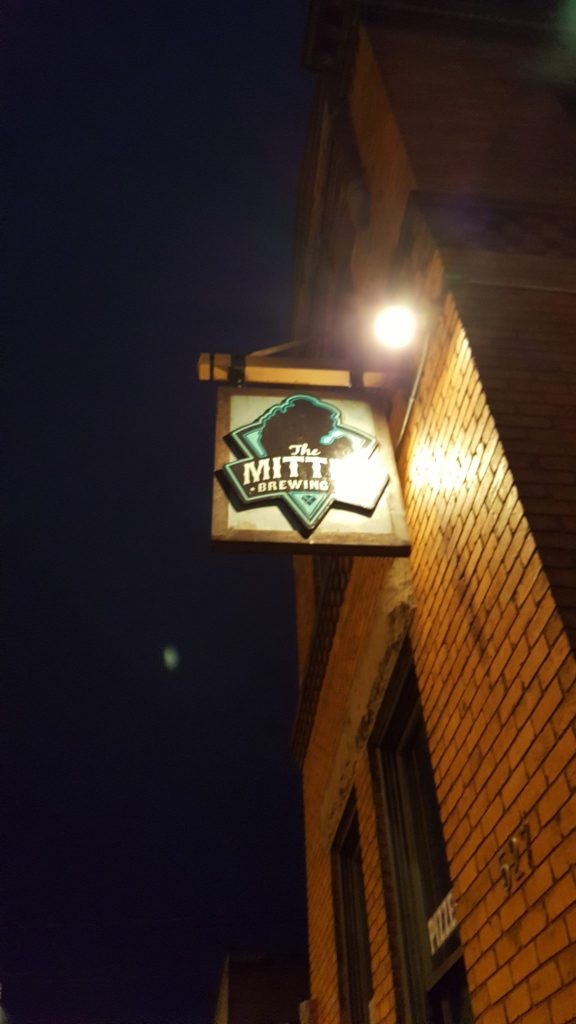 Later in day one we went to explore The Mitten Brewery for a Brewcation dinner! As we walked into this facility I have to say that my first opinion was that it was so packed with people. I was glad that we had a reservation or we would have had to wait quite a long time before we would have had the chance to sit down. As we did sit down I was amazed to see the extensive menu of beers that were available. The menu itself was expansive and when I asked our waitress a question about the beers I found that all of the beers on the menu were beers that they created. Also, in asking our waitress, I found that they created many of the specialty beers on site while mos of the other beers were ones that were brewed across the street from the restaurant. 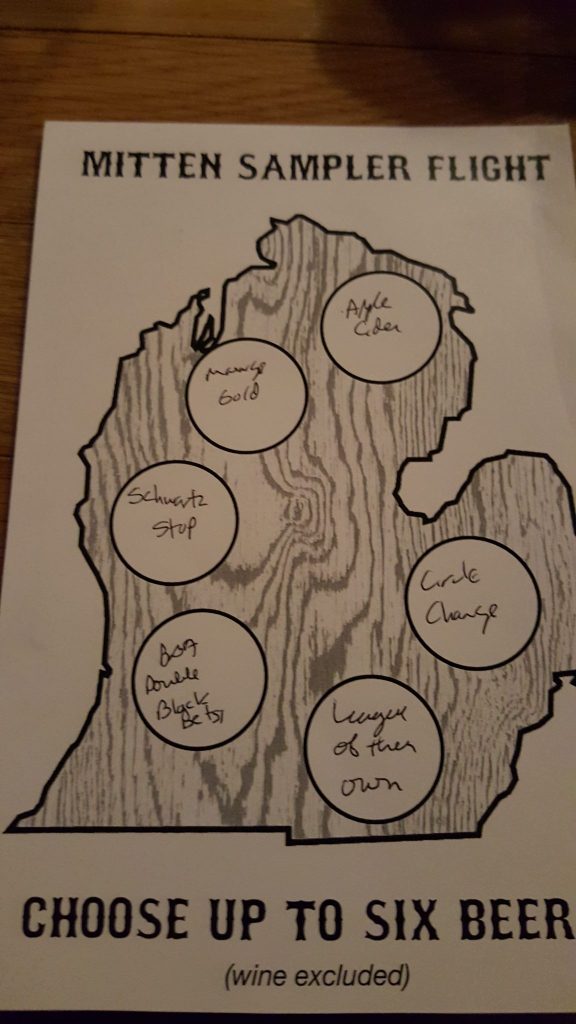 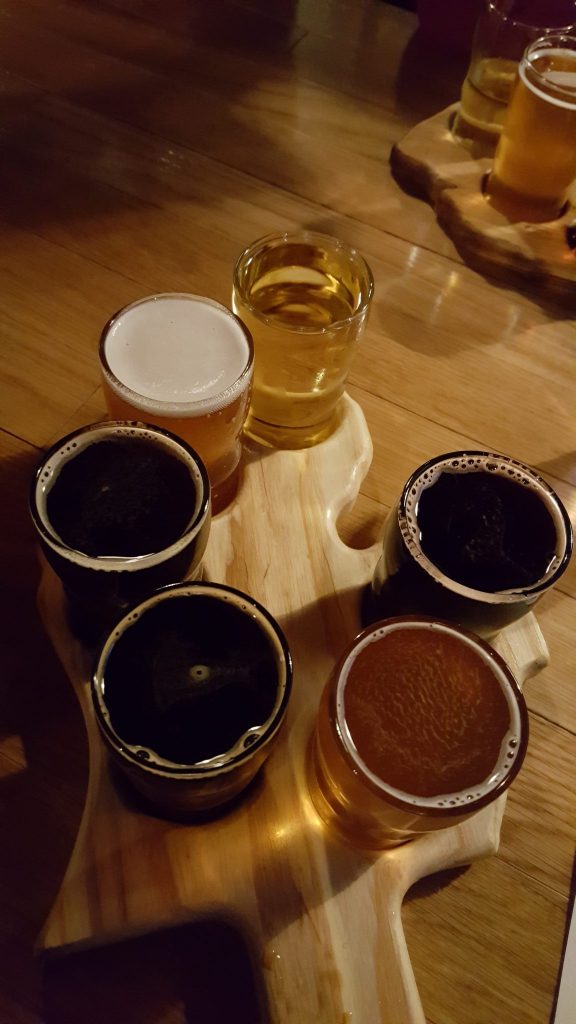 I ordered a flight of beers and I loved that they came in the shape of Michigan as 5 oz glasses. All of the beers that I tried were amazing. I tried a very diverse amount of beers and I was impressed with each one in different ways. The beers that I tried included a wide-array of different beer types (as you can see in the picture above). My favorites of these were probably the Hard Apple Cider and the Mango Gold, however, each was good in their own way. 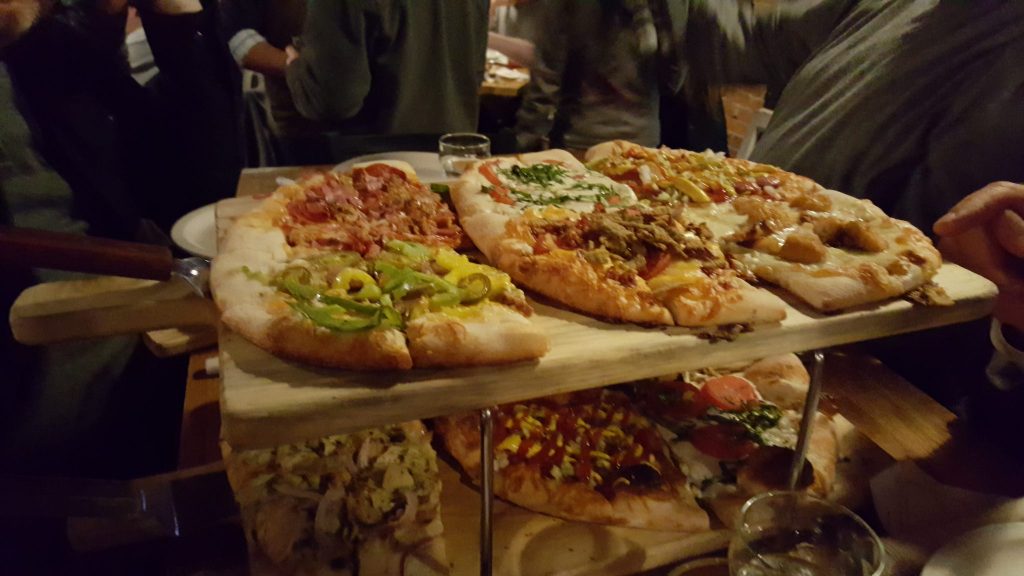 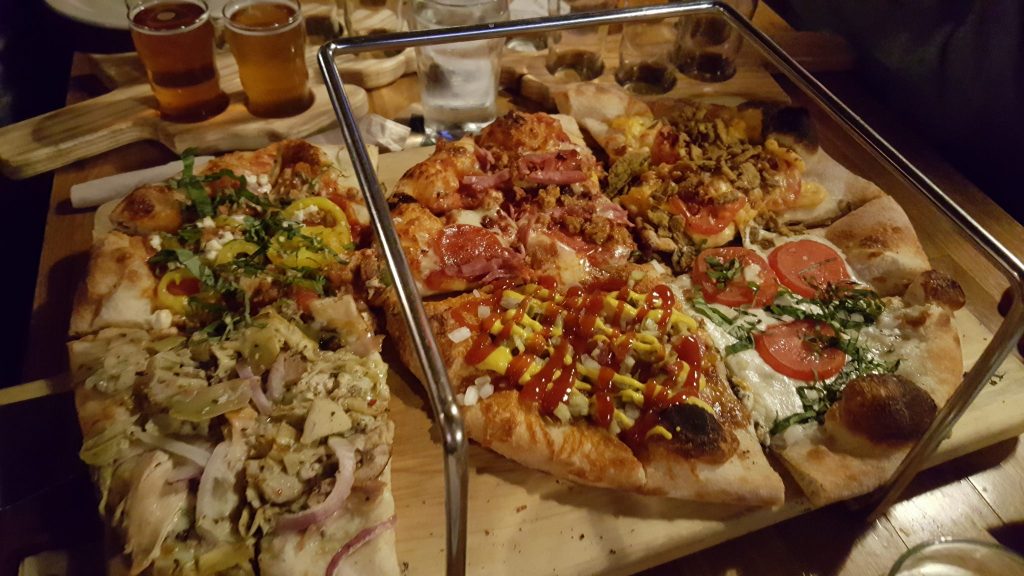 On top of the beer we also ordered a flight of different pizzas. As the pizzas came I tried different ones and I will honestly say that these pizzas were amazing and definitely ones that I would recommend to all as they were so diverse and delicious! My favorites included the Chicken Pesto and the Chicken and Waffles, however, all of the pizzas were so unique and the flavor was remarkable too. 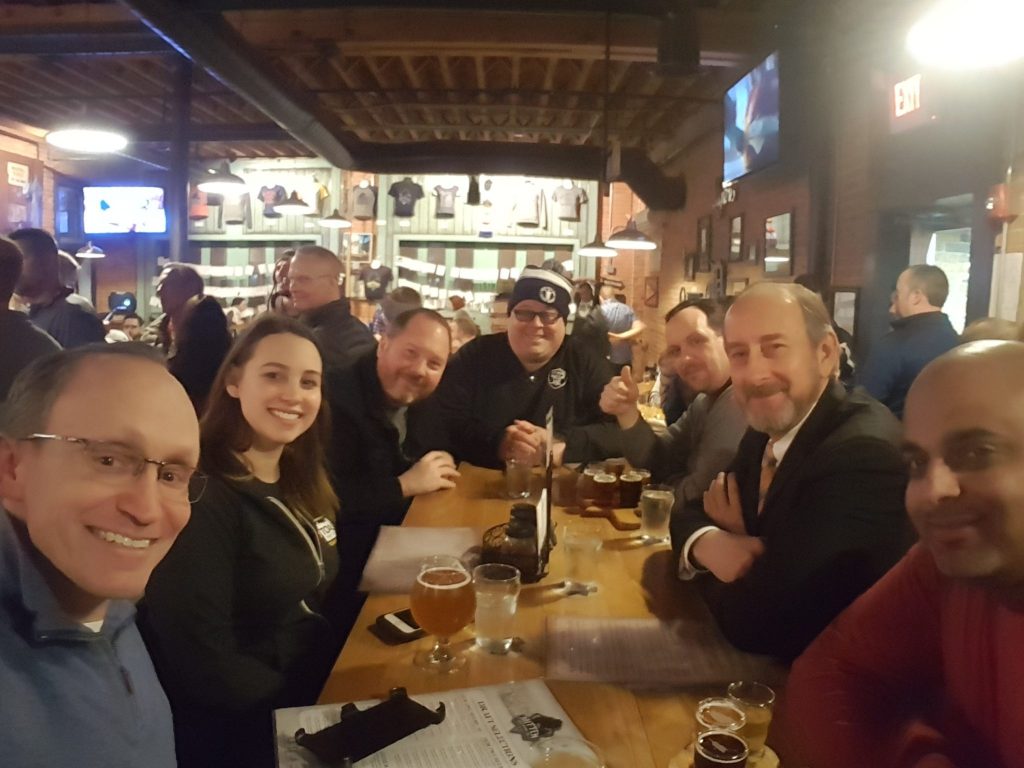 All-in-all this was a great start to our visit to Grand Rapids! I am looking forward to sharing Day 2 with you as well!