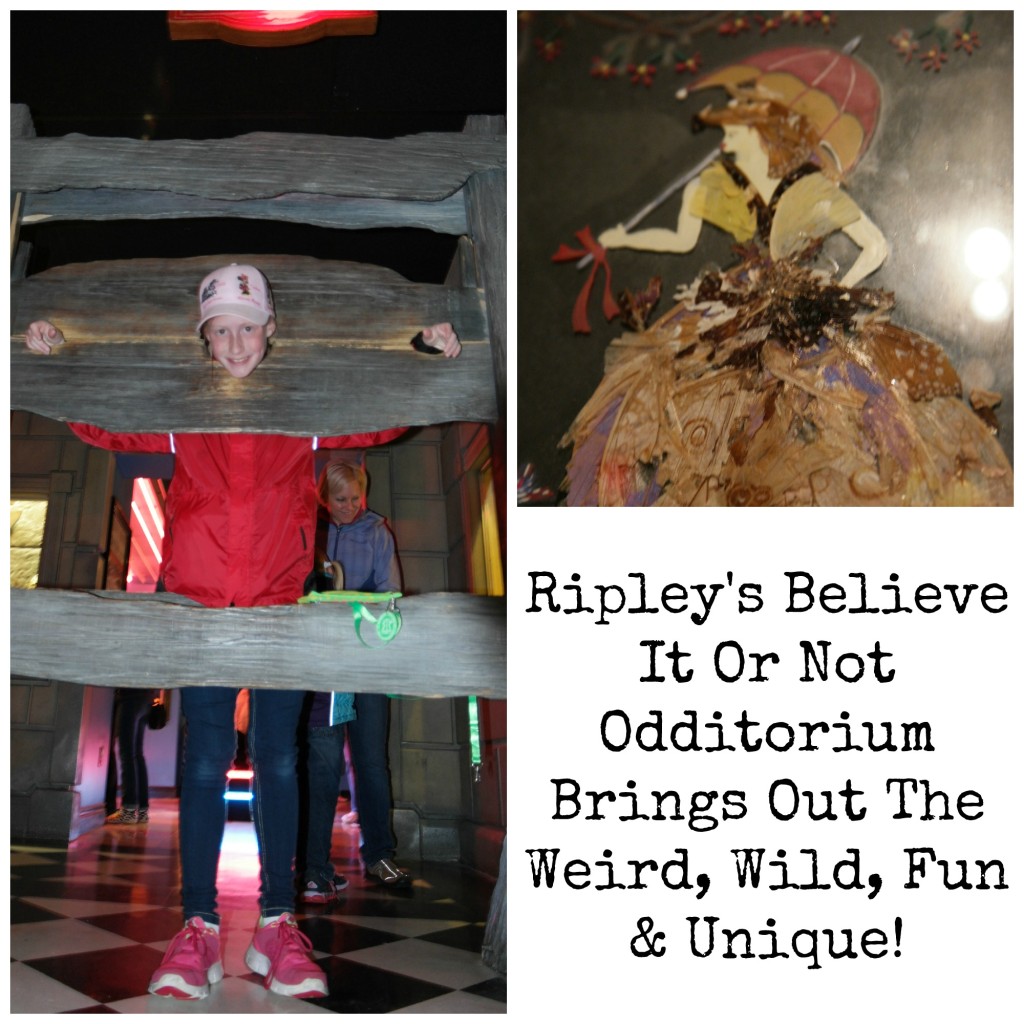 When you go to Niagara Falls, Ontario and go to Clifton Hill, you will get a bit overwhelmed by all of the things that there are to do. From huge Ferris Wheels to fun spots, arcades, mazes, fright houses and more. You will also see some names of places that you have known for years and one will be Ripley’s Believe It or Not. 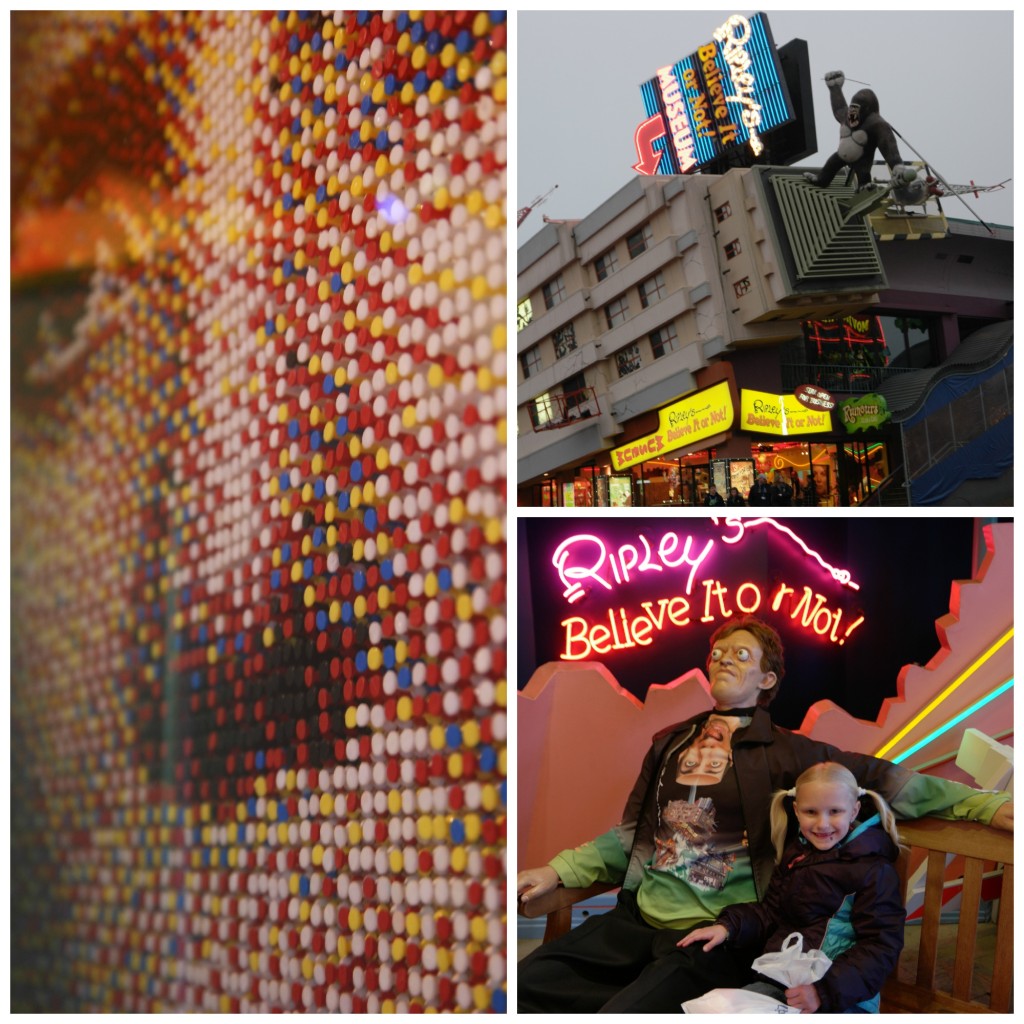 Ripley’s Believe It or Not Odditorium

Over 800 exhibits spread across 10,000 square feet. This museum has been one I have seen in other cities, but have never tried myself. I grew up loving reading the comics in the Sunday paper and then books as I got older.

This building is filled with the oddest array of items. I loved how each room that you were in had something of a theme so you could see “unique” artwork such as things made out of matchsticks or Niagara Falls painted on a grain of rice. You also learn a ton about people and unique people at that. People such as the tallest or heaviest man (you should read about his daily diet). There was also a very interesting video about Niagara Falls and especially about the daredevils that crossed the falls or even went over the falls and either lived to tell the tale or not. 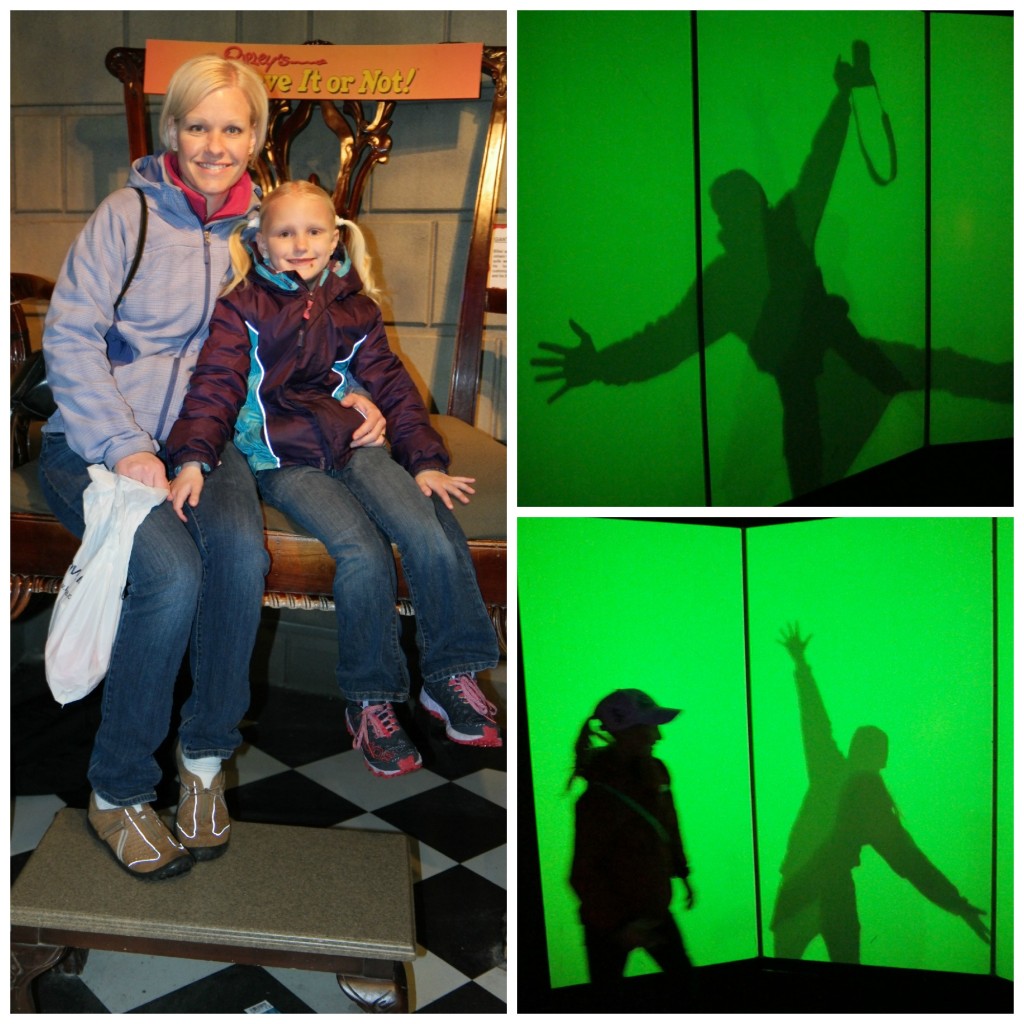 Some of the items in the Ripley’s Believe It or Not Odditorium are a bit macabre, but my girls still thought that it was cool. I do not know if everything in the Ripley’s Believe It or Not Odditorium would be for someone below the age of seven, but that is a parental decision. I say this, not because it is inappropriate (at least in most aspects) but more because of the understanding of the material and the appreciation for what they are seeing. 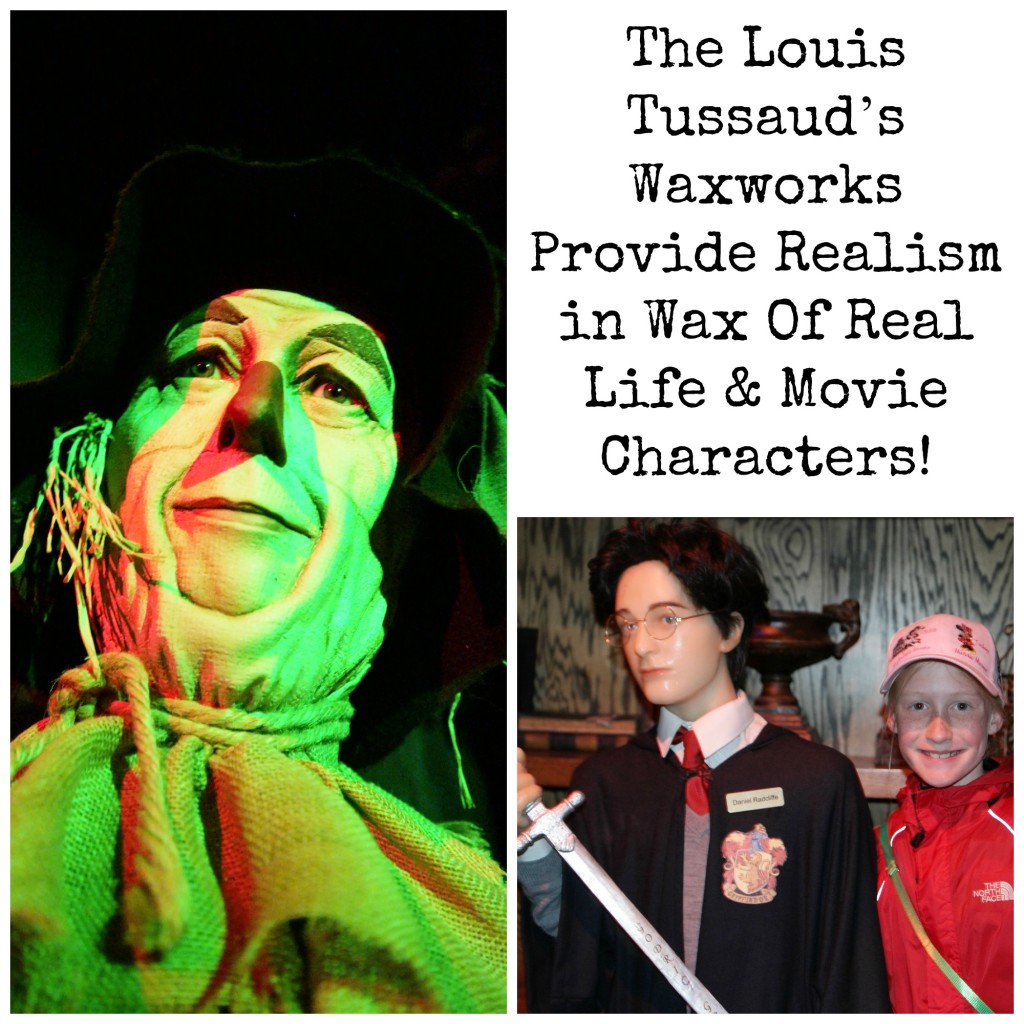 Ripley’s Believe It or Not Louis Tussaud’s Waxworks

Louis Tussauds Promo from Ripley’s Believe It or Not! on Vimeo. 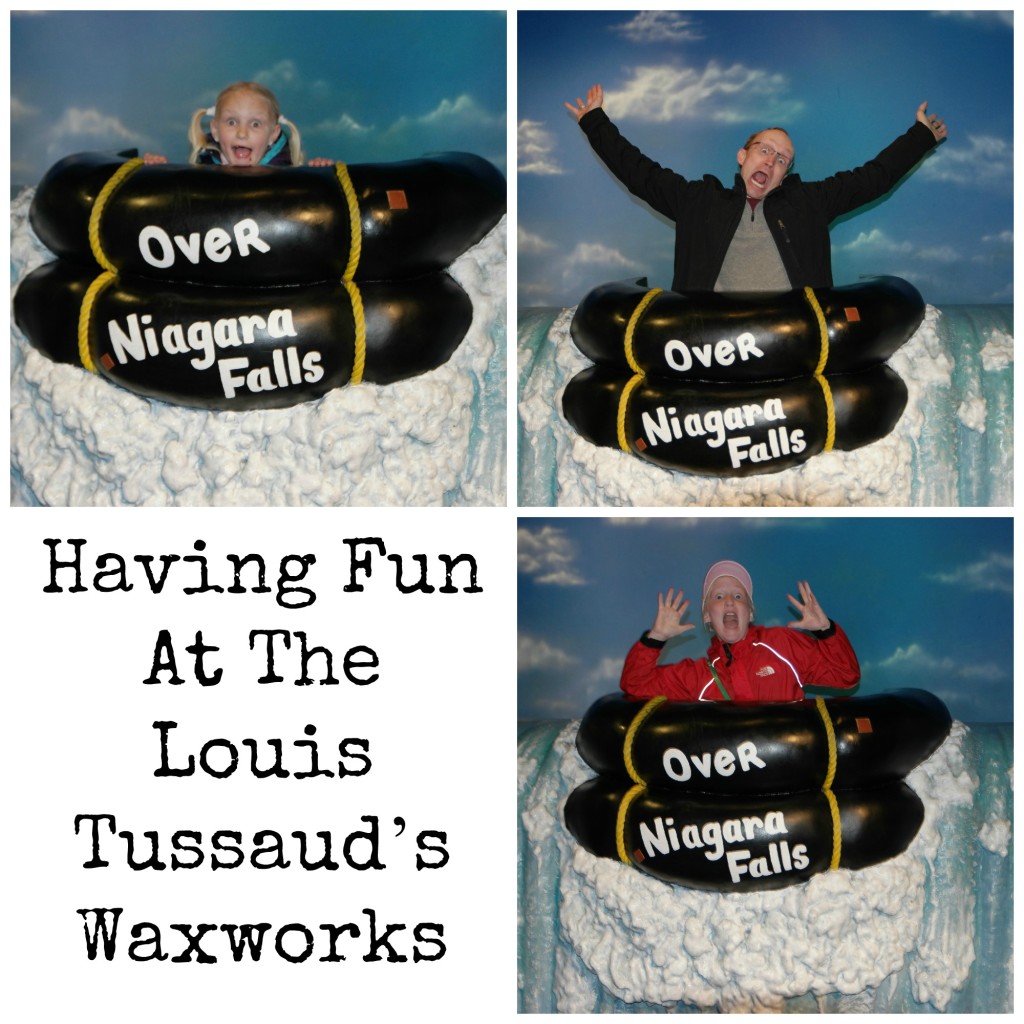 With 100 lifelike wax figures you get surrounded by celebrities and characters from movies that are sometimes bigger than life. I have to say that for me, I had seen places like the Ripley’s Believe It or Not Louis Tussaud’s Waxworks before but I had never stepped foot into the  place I was in a bit of awe at the artistry that goes into finding the right likeness to each immortalized individual. All of this being said, I think for me, one of the things that

I loved seeing were the masks that each of the celebrities were asked to wear in the process. J-Mom was completely in awe with seeing Alfred Hitchcock’s mask! 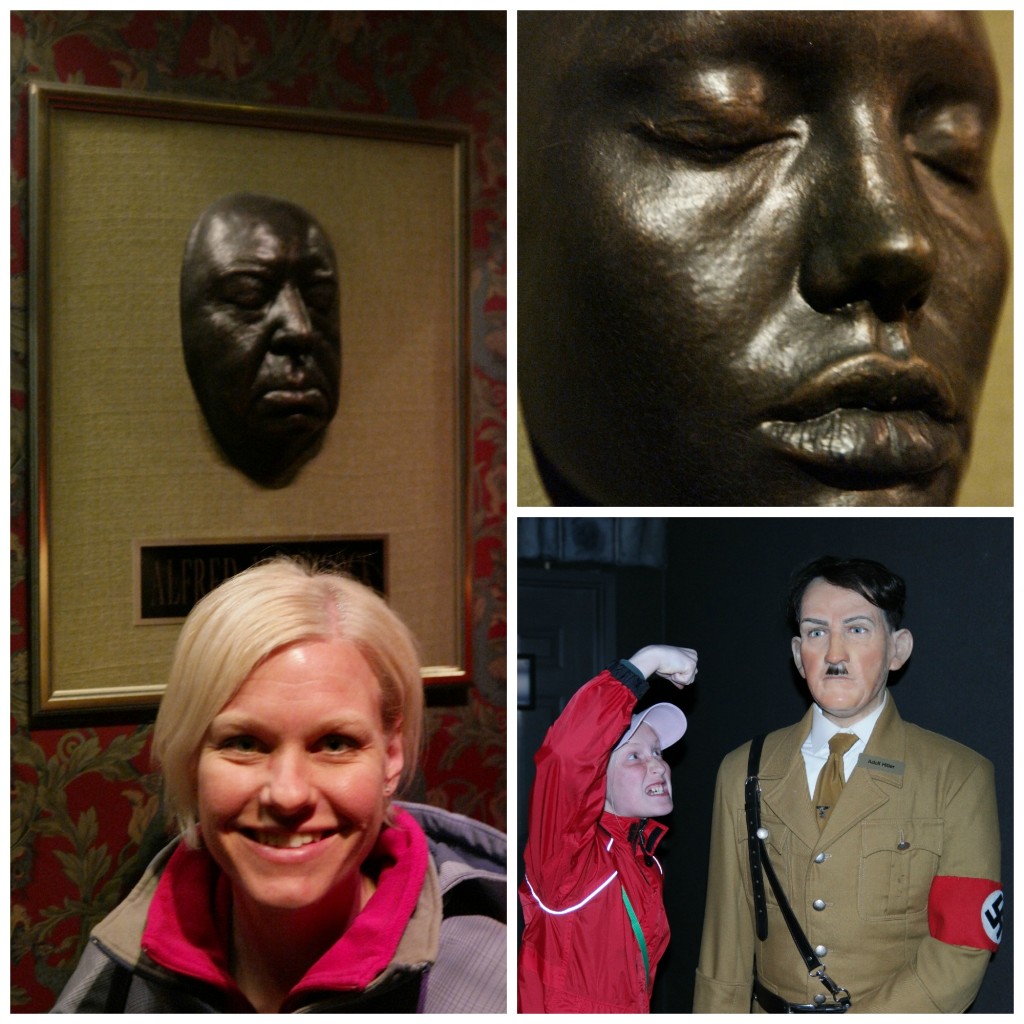 There was even a hall of horrors which for me was not really that scary, but actually very cool because it had some of the best know movie monsters/characters of all time.

With some of the wax creations looking very much like the people that they were made to be and some a little off, I still have to marvel at the artistry that it does take to try and find this unique balance. 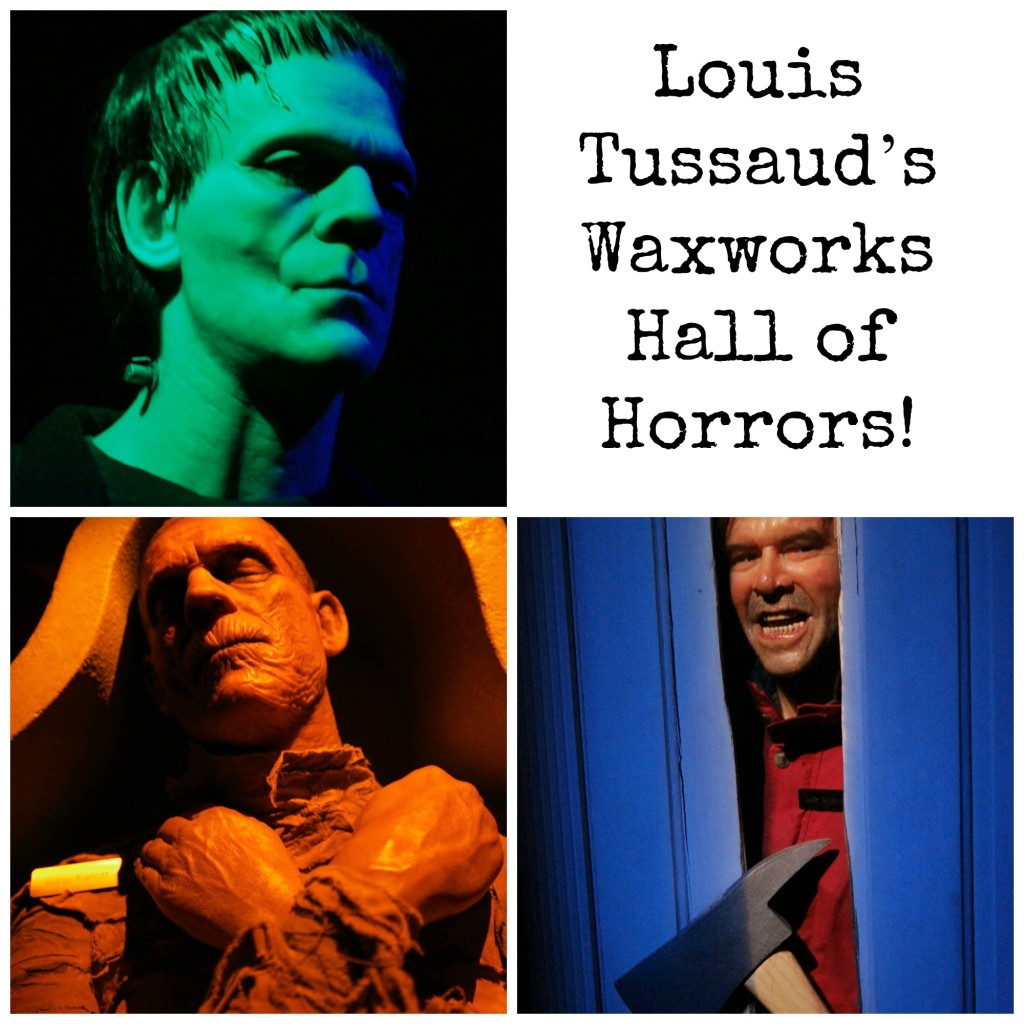 All-in-all I found this to be very unique and fun and even though it did not take a lot of time to get through the museum, it was a lot of fun and the kids enjoyed it too.

My eldest said that her favorite figures at the museum were John Lennon, Harry Potter, Hermione and the Wizard of Oz characters, but there were a ton of others that I loved too, some of which I have shared pictures of here. Diva-J said that you really felt that you could talk to the people and that it was hard to believe that they were made of wax! 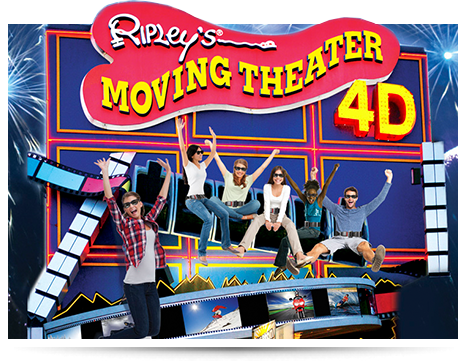 Ripley’s Believe It or Not Moving Theater

Ripley’s Moving Theater: Rats Race Xtreme from Ripley’s Believe It or Not! on Vimeo.

Ripley’s Moving Theater: Winter Wipeout Ride from Ripley’s Believe It or Not! on Vimeo.

The above two videos are the ones currently showing at the Ripley’s Believe It or Not Moving Theater. While what you are seeing is not in 4D, you get the picture on what the shows are about. Both movies combined are only about 15 minutes in length. If you want to watch the movie again, you can, but it will cost an extra $5/person which is good depending on your age as tickets range from $7.99-$13.99 per person.

You will get jostled around a bit and you will have some water sprayed at you too, but that was ok. You also wear 3D glasses and you need them for the actual 4D effect to happen for you too.

J-Mom does not like a lot of motion, so she sat this one out and it was probably a good idea. That being said the two films together as mentioned were only about 15 minutes in length, so J-Mom sitting and waiting was not too bad, and though she did not do this Clifton Hill offers a ton of other things to do for someone that does not want to do this!