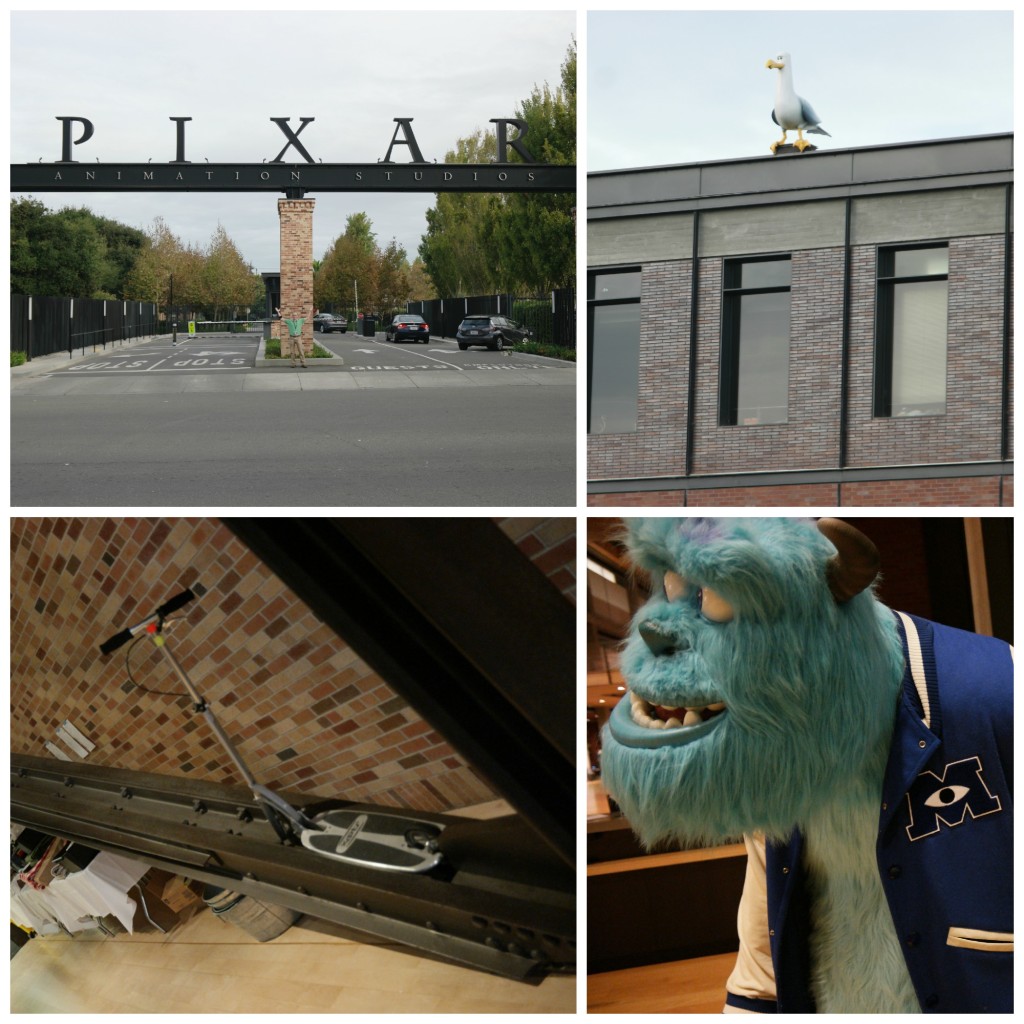 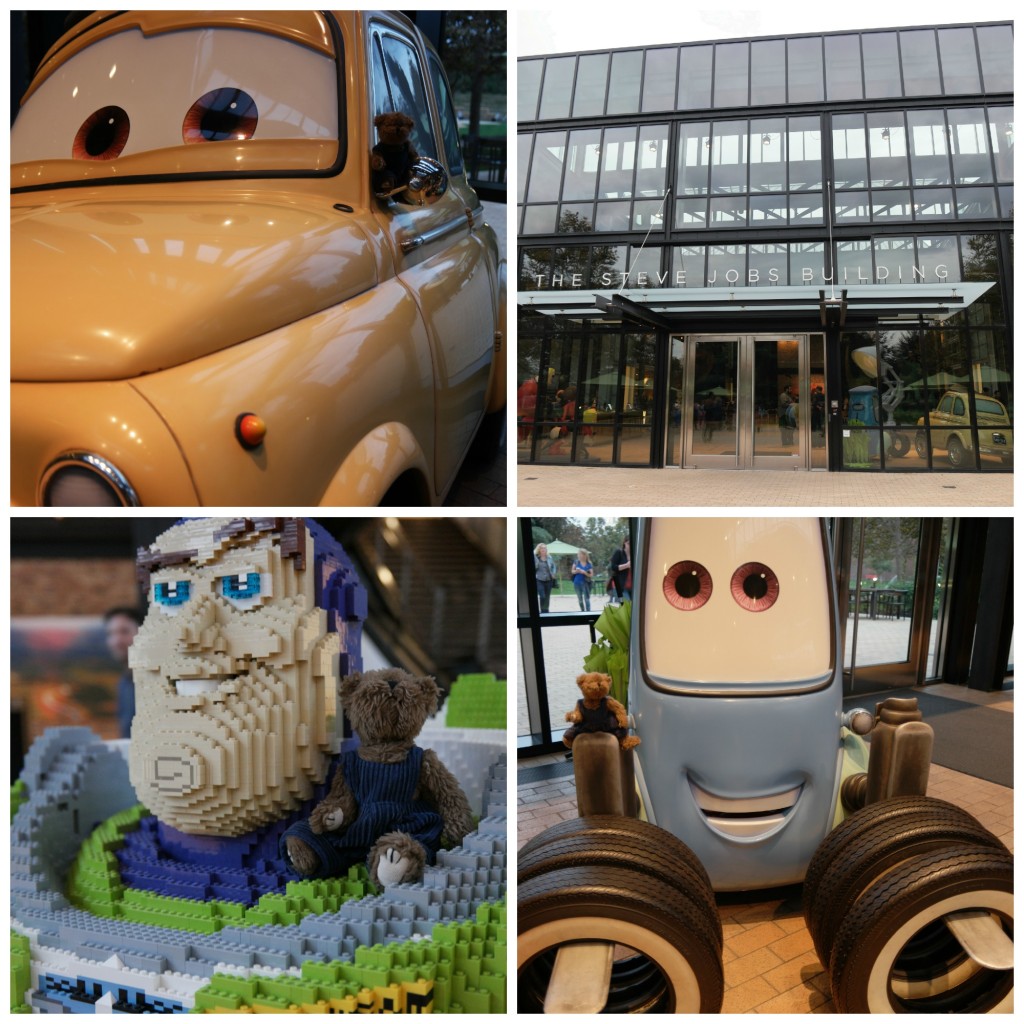 Today I am sharing with you my thoughts on the tour that I had at Pixar Animation Studios. As someone that has been a fan of Pixar movies and shorts for years I was so excited to be given the ability to enter the closed facility and get a glimpse behind the magic.

As mentioned Pixar is a facility that is not open to the public. You cannot just come up to the gate, walk in and ask for a tour, you have to be invited in. Because of the The Good Dinosaur I was able to go in and get a tour of the artwork of the movie and how they got to the final moments in the film itself. We were able to experience early versions of the movie, see character studies, tests with landscapes and much more. 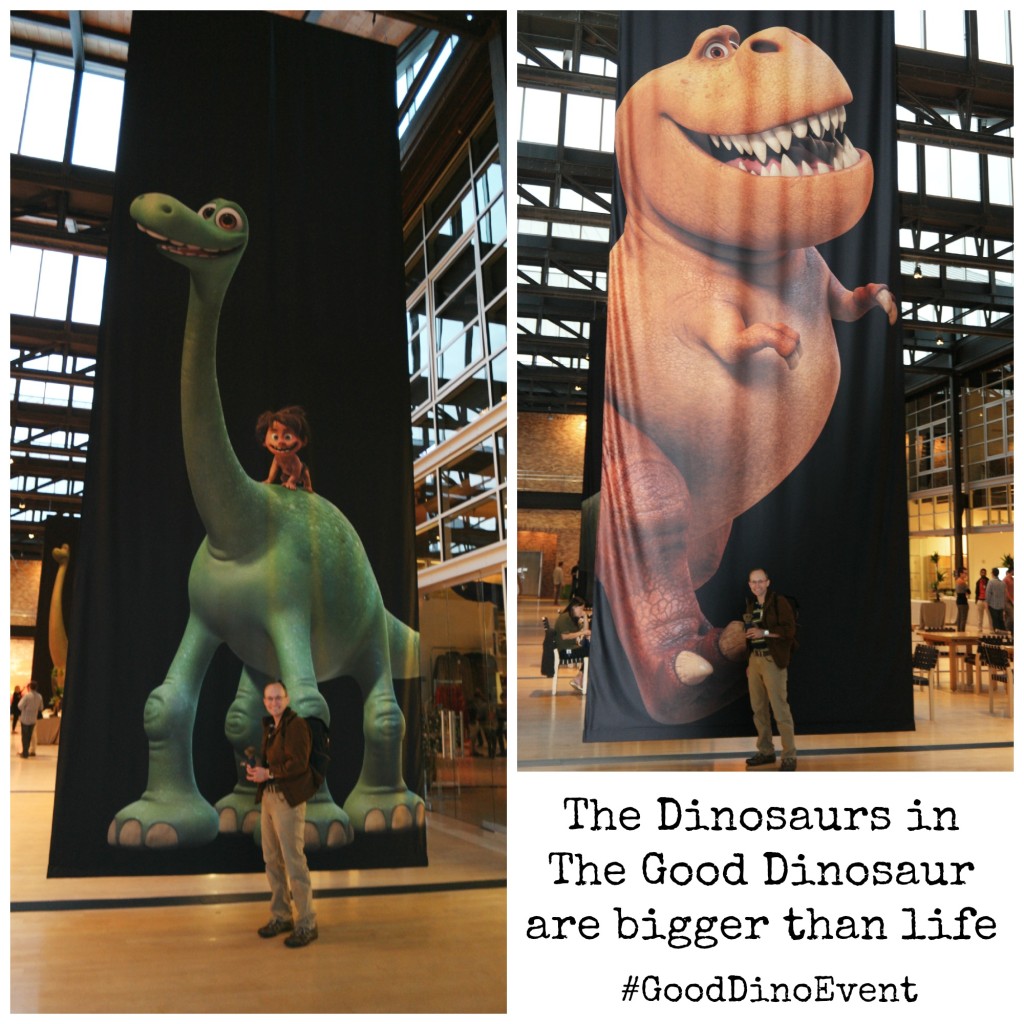 I particularly loved seeing some of the early models that Pixar has a sculptor on staff who’s job is to bring the characters to life.

One side of the building that we toured was focused on The Good Dinosaur and the other was focused on Inside Out. Because we had just interviewed cast and Directors of the Inside Out movie the day before it was so exciting to see some of the early concepts for characters. Learning things like why the characters have the shapes that they have. For example, Joy is made from the look of a star; Fear, a nerve; Sadness, a teardrop; Anger, a box; Disgust, broccoli. 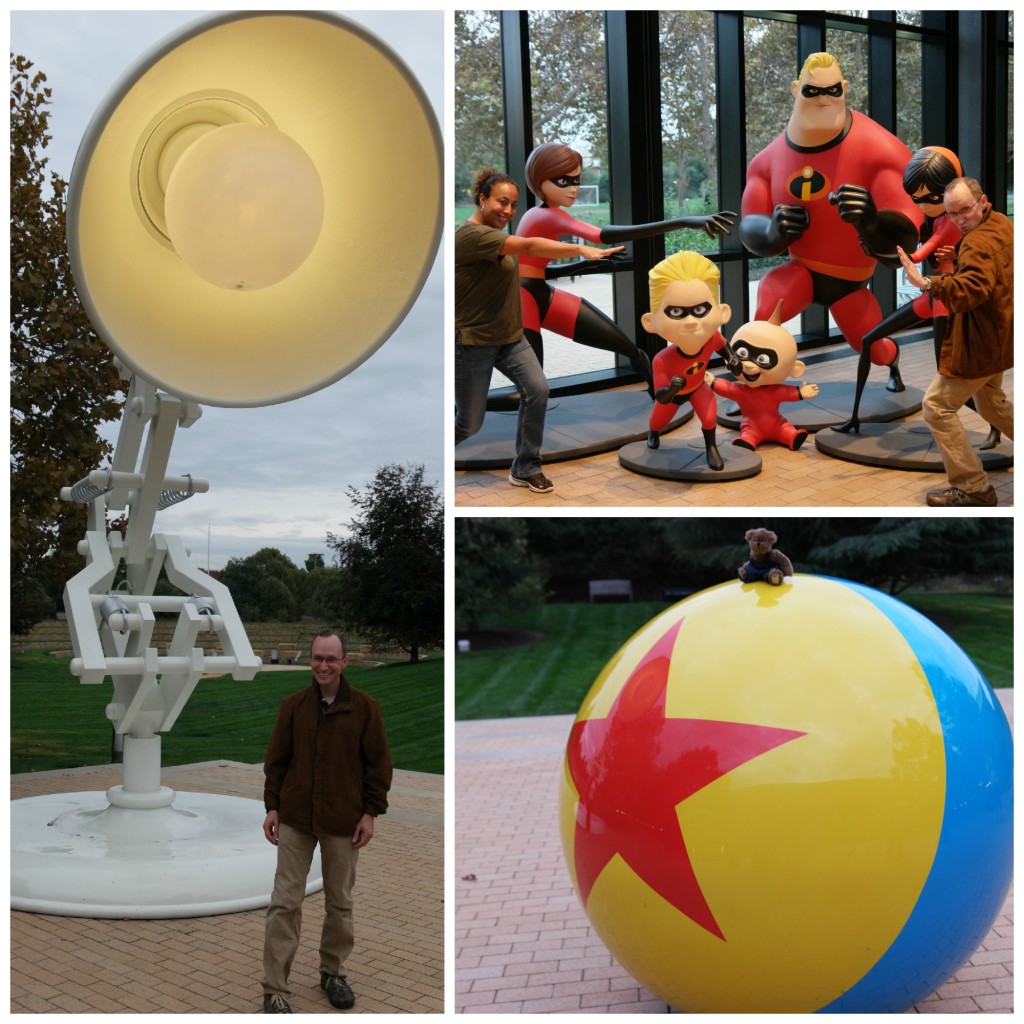 Also, on the Inside Out side you get to see some of the initial concepts about the lands within Riley’s mind. There was a whole wall that showed so many ideas that were used to come up to the final lands that were used in the movie. 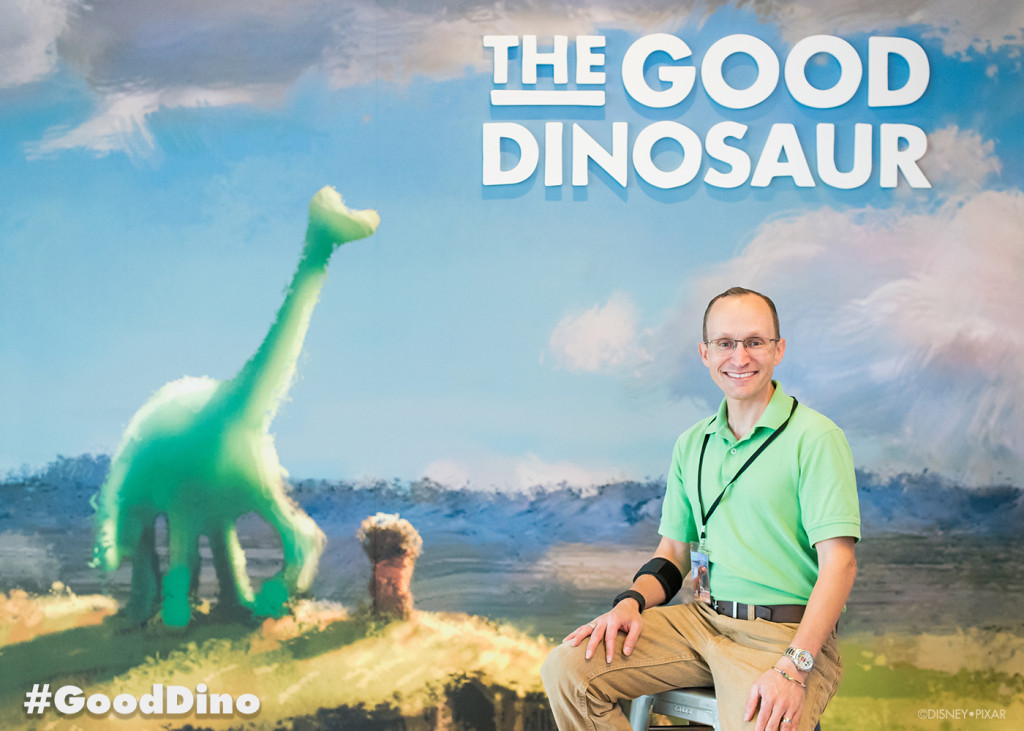 While I could not take pictures on this tour, I was so impressed with the process of creating the film. I was able to see and experience just a small portion of the collaboration and brainstorming that come together to create something magical that connects with us on an emotional level. 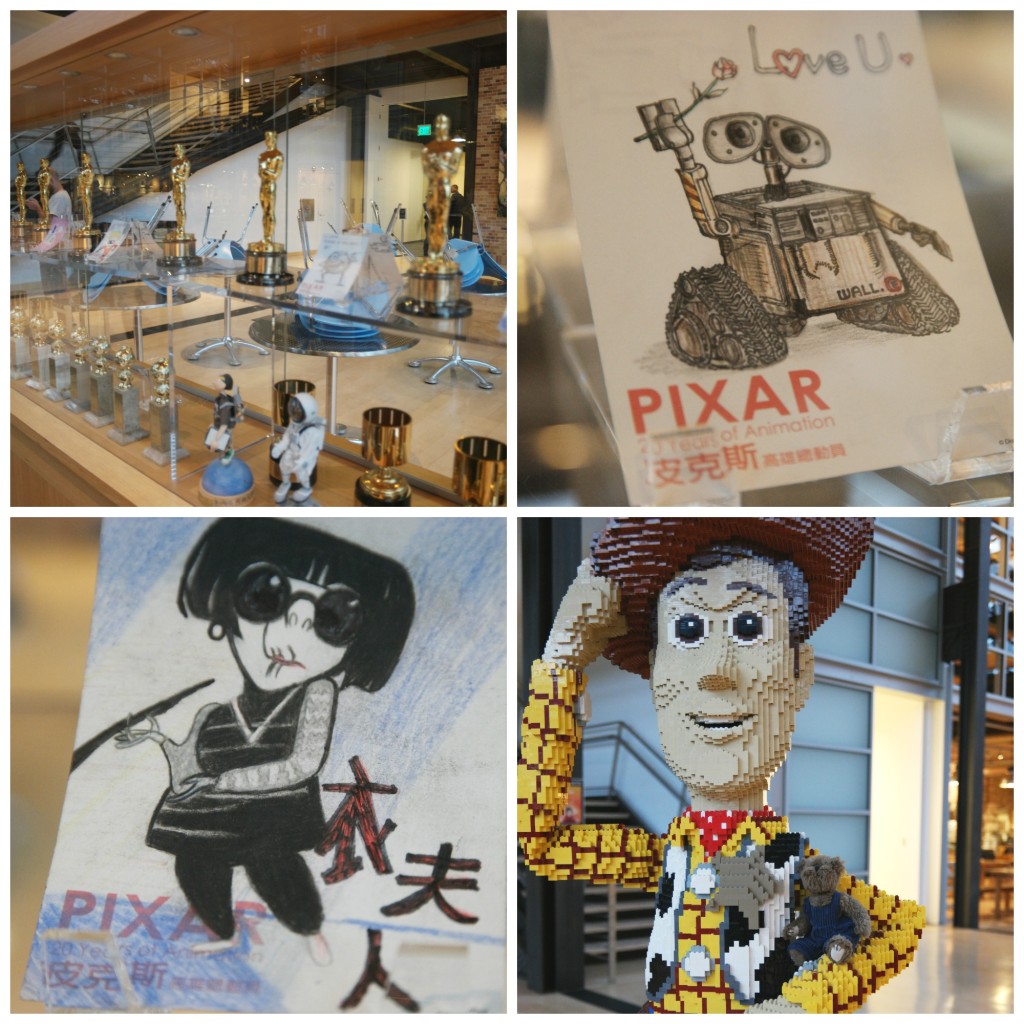 Outside of this tour, I also walked around the campus itself and was so impressed with the collaborative feel that surrounds Pixar. There are so many places where people can come together to work. On top of this on the tour we learned that this was one of the reasons that the building as designed the way that it was by Steve Jobs. Steve Jobs wanted people to come together to work, learn, live and create together and he accomplished it. One other interesting fact I learned about the building was that it was on rollers because of earthquakes and it allows the building to move three feet in either direction if needed.

The main building also had a wonderful cafeteria and lunchtime was packed with people eating and conversing together. There was a gift shop as well as theatres and so much more. Outside of the main building there were sculptures of some of the most iconic features from some of the movies. You can even see the seagull from Finding Nemo on the roof of one of the buildings. 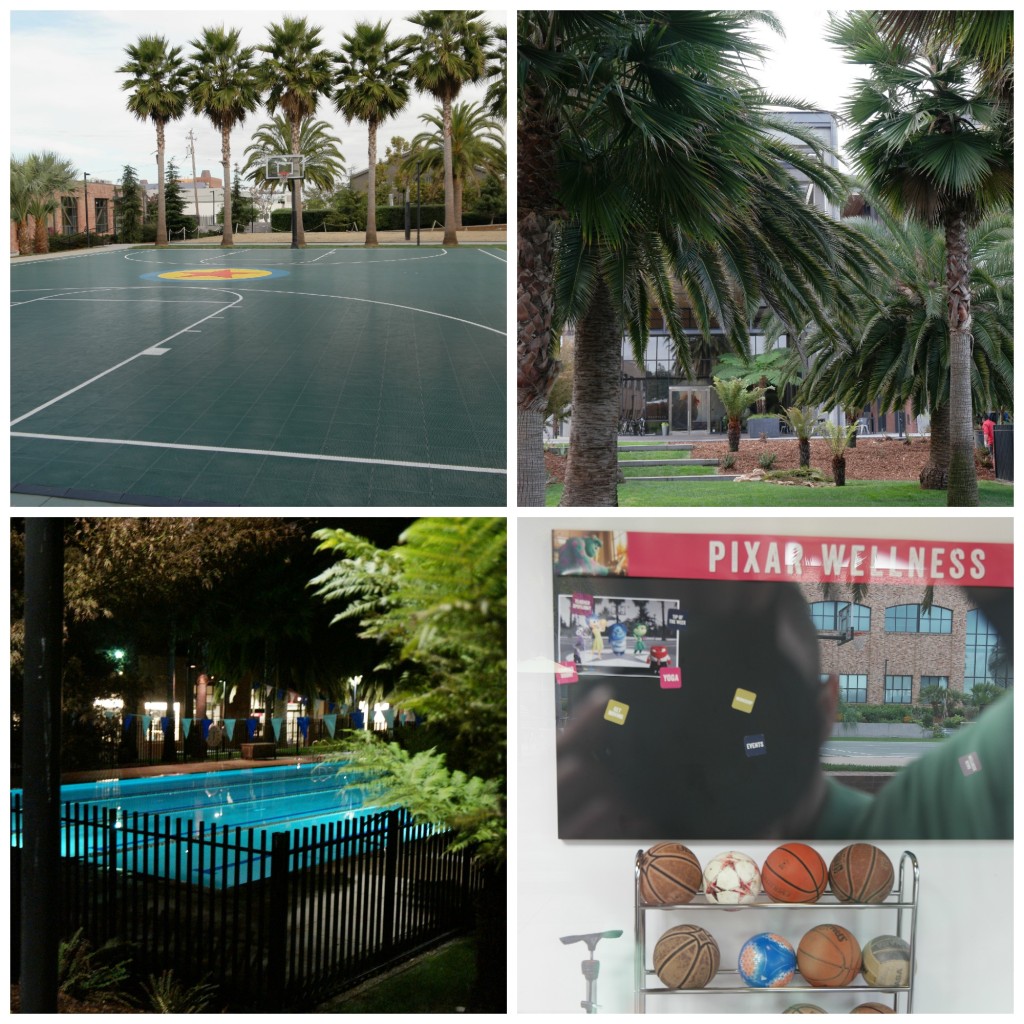 You also can see the commitment to employee health too. With a swimming pool, basketball and volleyball court, fitness center and more I saw people during lunch or even before work exercising, which was great to see. 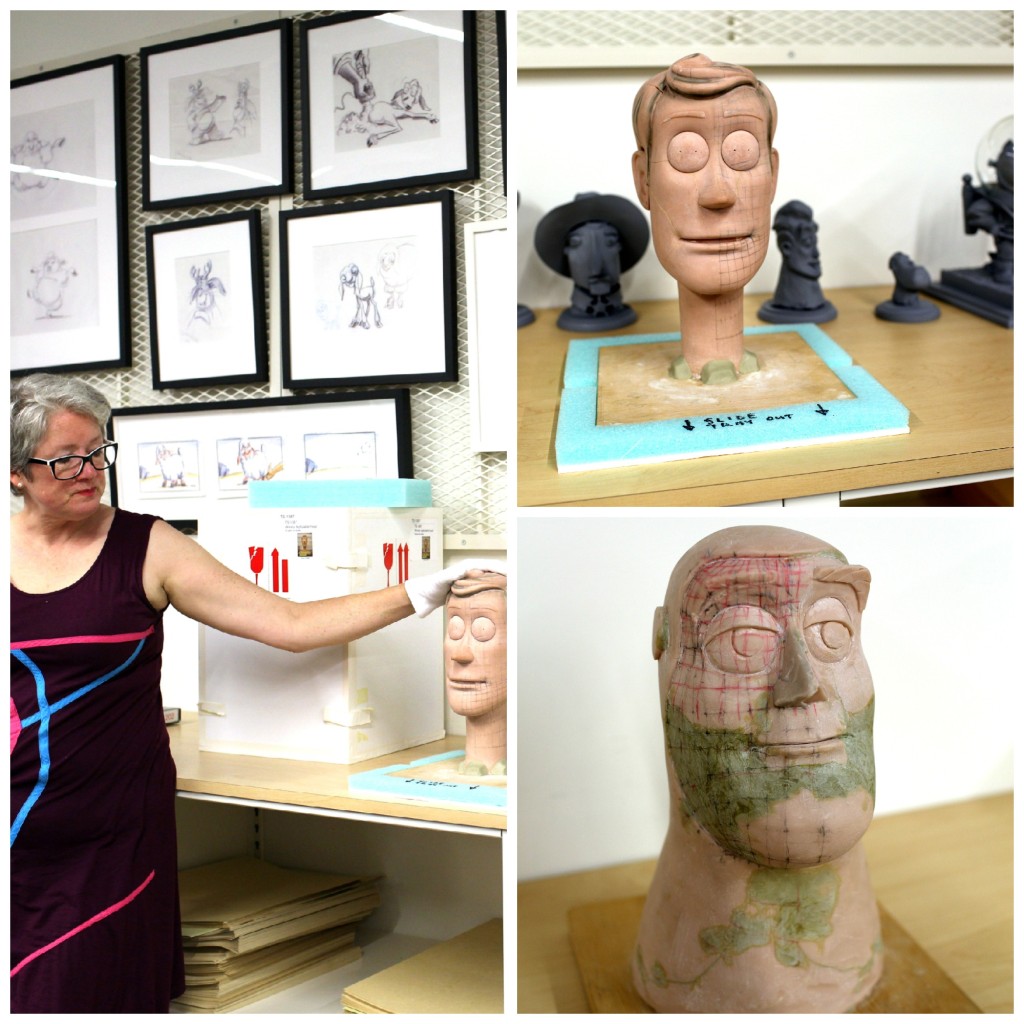 We also had the chance to visit the Pixar Archives which was especially exciting. This was amazing as it is a place that had never allowed people in until recently. The building is very non-descript and away from the main Pixar Animation Studios (though they are moving closer in the next year). We were visiting this great facility to celebrate the anniversary of Toy Story that is happening this year.

Entering the facility I was impressed by the security. You have to go through a thorough scan before getting entrance and then you have to go up to an upper floor and into a temperature-controlled room that houses the materials. While we did not see everything, as you walk in and start to see some of the things on the shelves such as original models, artwork and more, you cannot stop but being impressed. 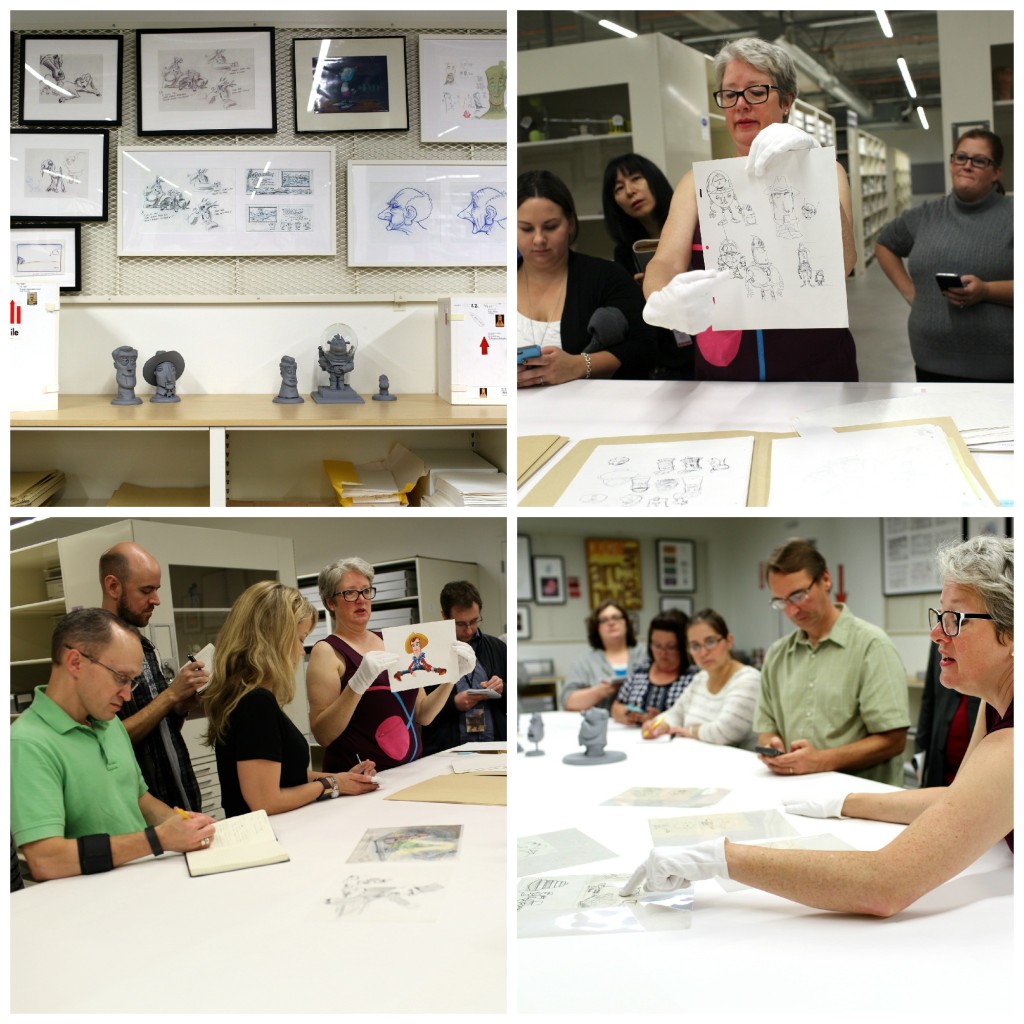 I could not take pictures in the facility unfortunately, but as we entered we did gather around a large viewing table to hear about the facility and start seeing some of the amazing materials. They explained that they have a very small staff (7-9 people) working with the approximately 5 Million pieces of material all placed in meticulously labeled boxes on shelves among shelves that we saw.

We were shown many original sketches and models from Toy Story that really showed the progression of the story and the characters. It was amazing to see Buzz before he became Buzz, and he would have been a very different character if he had been drawn in the different ways that we saw with a more jowly cherubic air. We also learned that originally Buzz was going to be called Lunar Larry – who knew! We also were also able to see the progression of Woody too, and in some of the early sketches Woody seemed much darker and even was shown being a bit malicious toward Buzz – talk about different! 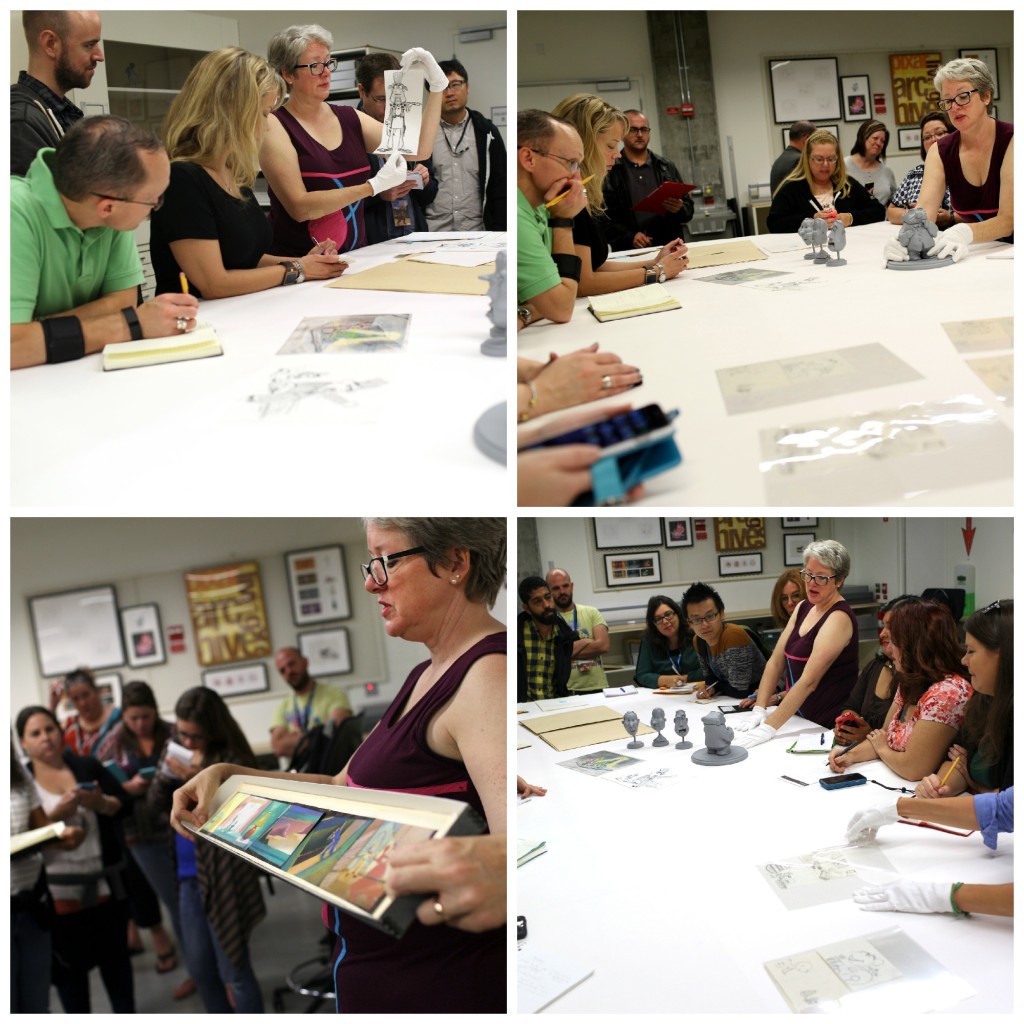 What was interesting too was the progression of how the Archive was developed. We were informed that it did not happen until after Toy Story when Jonas Rivera asked the question of why they did not have one. From there the Archive was born. A lot of the historical collection was developed with the archivists asking people working on projects to donate items into donation bins. Now they have a very systematic approach to how they collect and what they collect, so the game is changing!

We learned so much on this visit and it is hard to put it all in words, but needless to say it was a once-in-a-lifetime visit that I will never forget.

I was very impressed with everything that I saw in both facilities, and I can only hope that others like you have the opportunities to visit this amazing place sometime in your own lifetime.