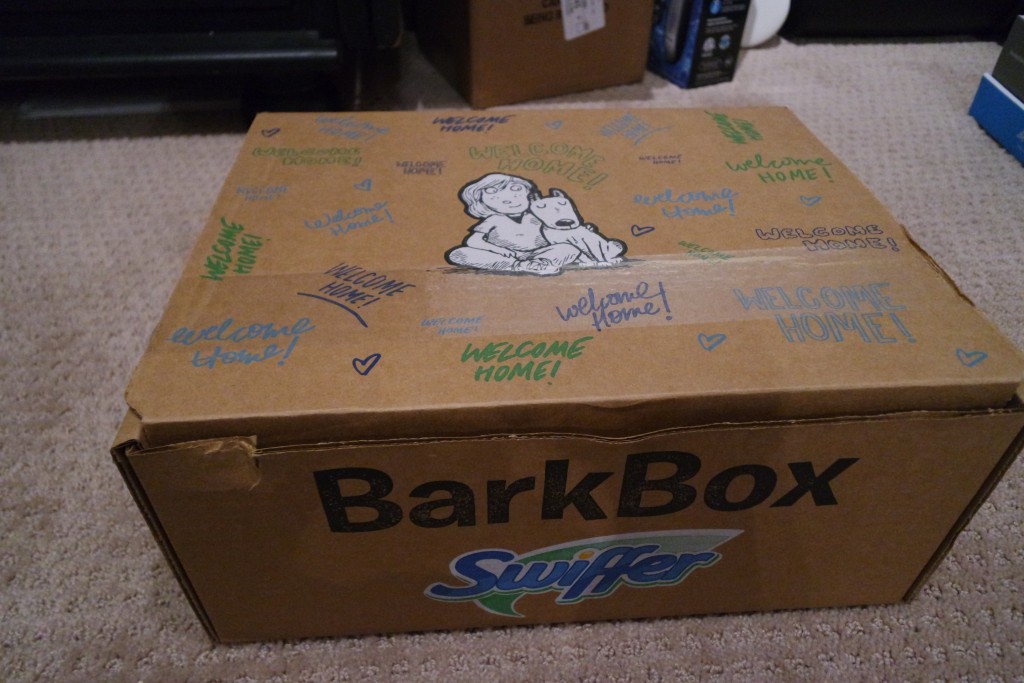 As many of you know I have a few furry friends in my home and am a BIG advocate for pet adoption, especially from local animal shelters, as that is how we adopted all of our pets!
Part of being a new pet owner is that you have to deal with the additional cleaning that comes with them too. What is amazing is that recently @BarkBox and @Swiffer teamed up to make sure cleaning concerns are never an obstacle when it comes to your pets! 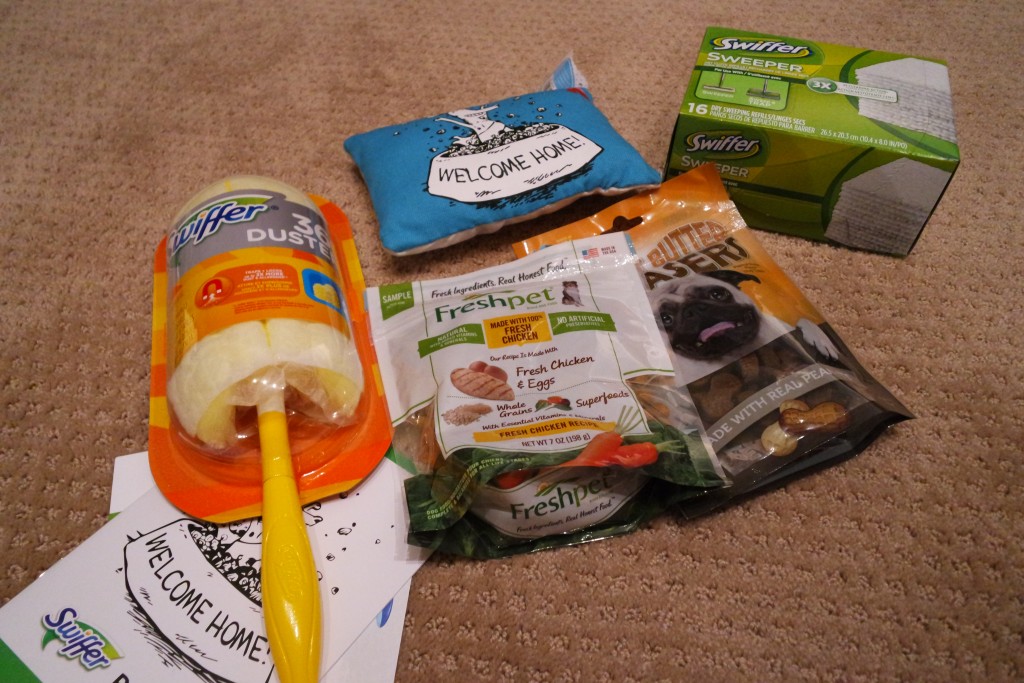 Through December, new pup parents who adopt from partnering shelters will get a free Welcome Home Kit packed with goodies and cleaning supplies. Because with any furry family member… #ShedHappens.
There are millions of animals in need of homes, so we have joined with Bark & Co. to help make the barriers to adoption – like the cleanup – less of a challenge. Together, Swiffer is providing 10,000 Welcome Home Kits to participating shelters across the country to show how easy it is to get a thorough clean in minutes so more families and children can experience the love of a first pet. Swiffer will also make a $50,000 total donation to distribute to select shelters nationwide this holiday season to support critical projects that will help more dogs find their fur-ever homes. 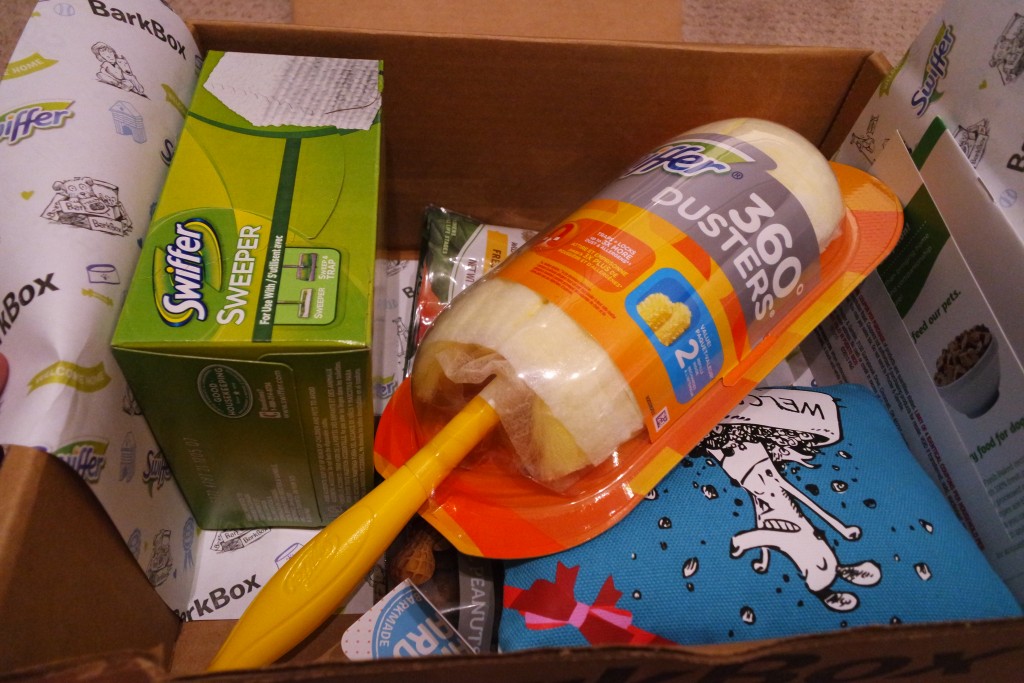 In the Welcome Home Kit you will get a ton of great BarkBox goodies and Swiffer products including: 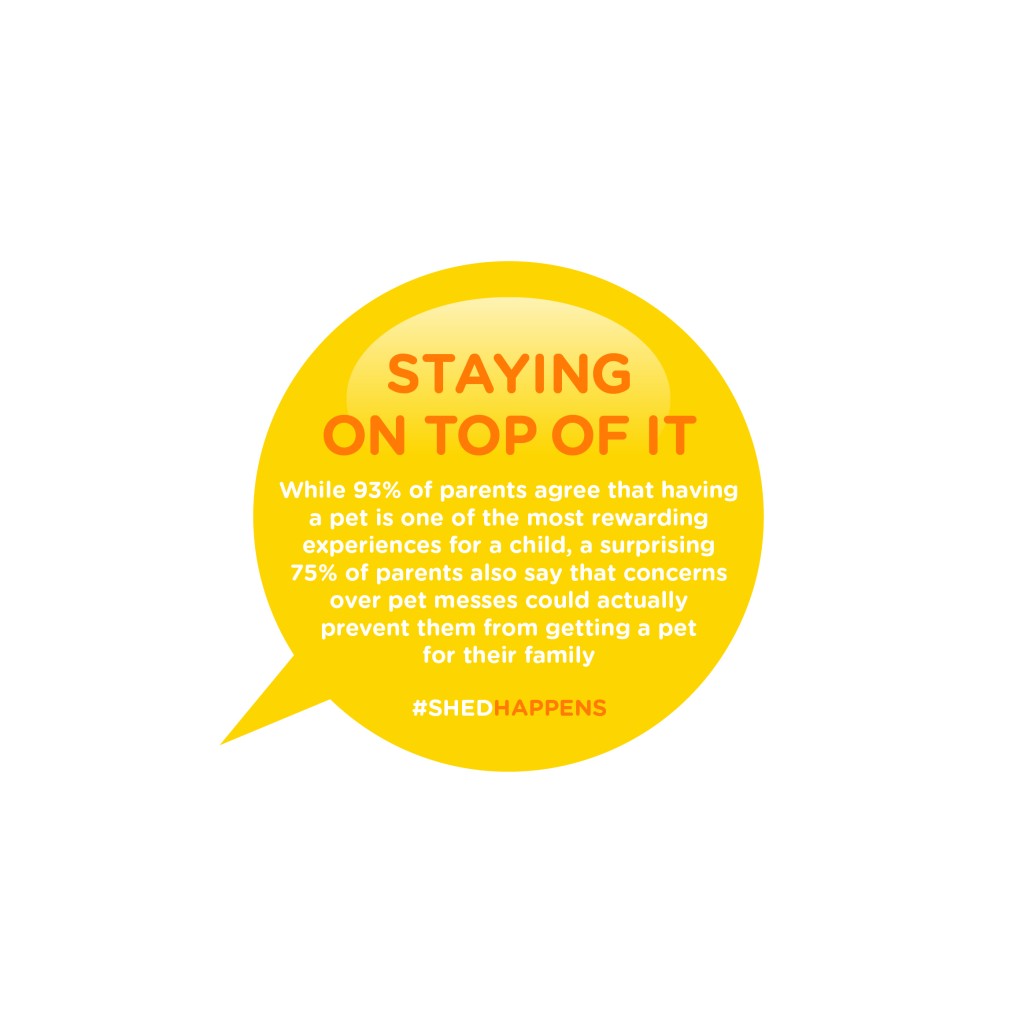 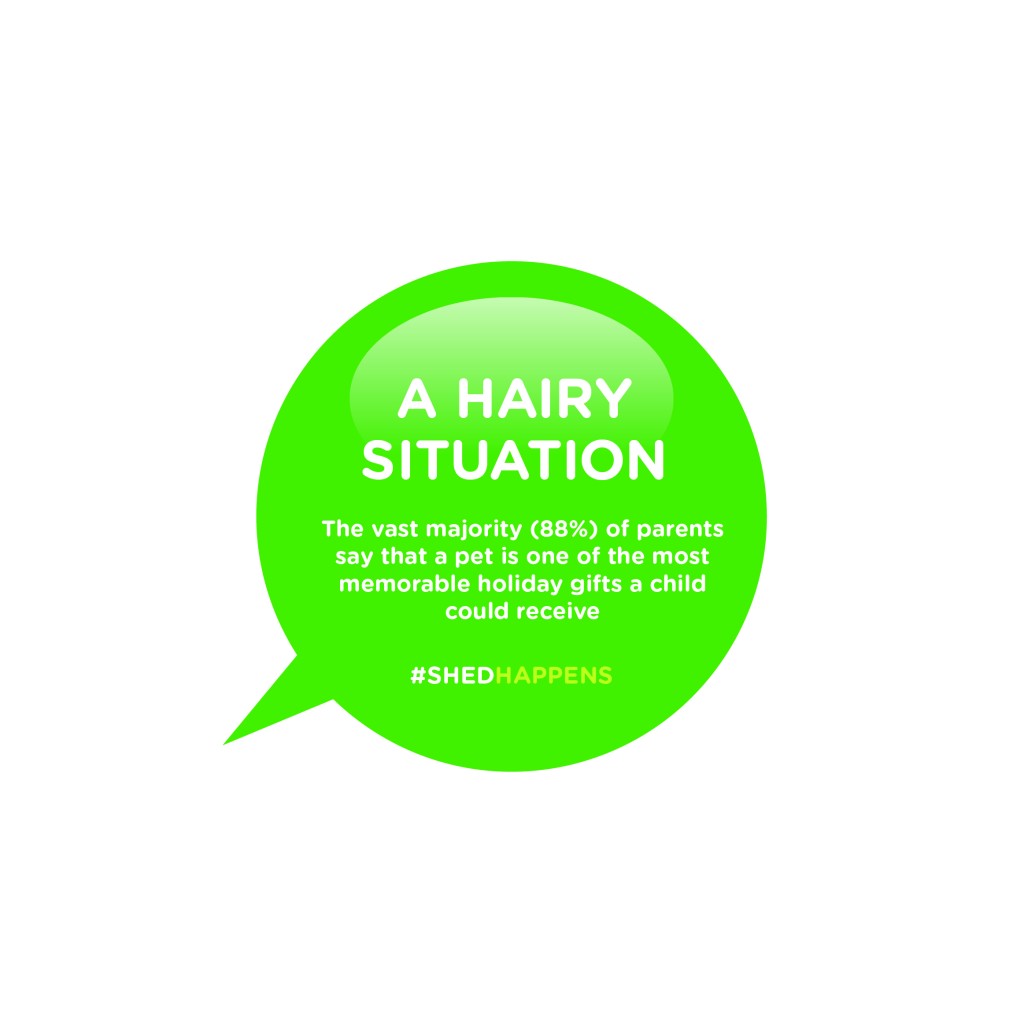 While we have cats, we know a ton of friends that have dogs, so for us it was easy to give this wonderful gift away. For us, we chose to give it to my own father, as they recently adopted a new dog and with the Thanksgiving Holiday coming up we wanted to give something to them. They loved it! 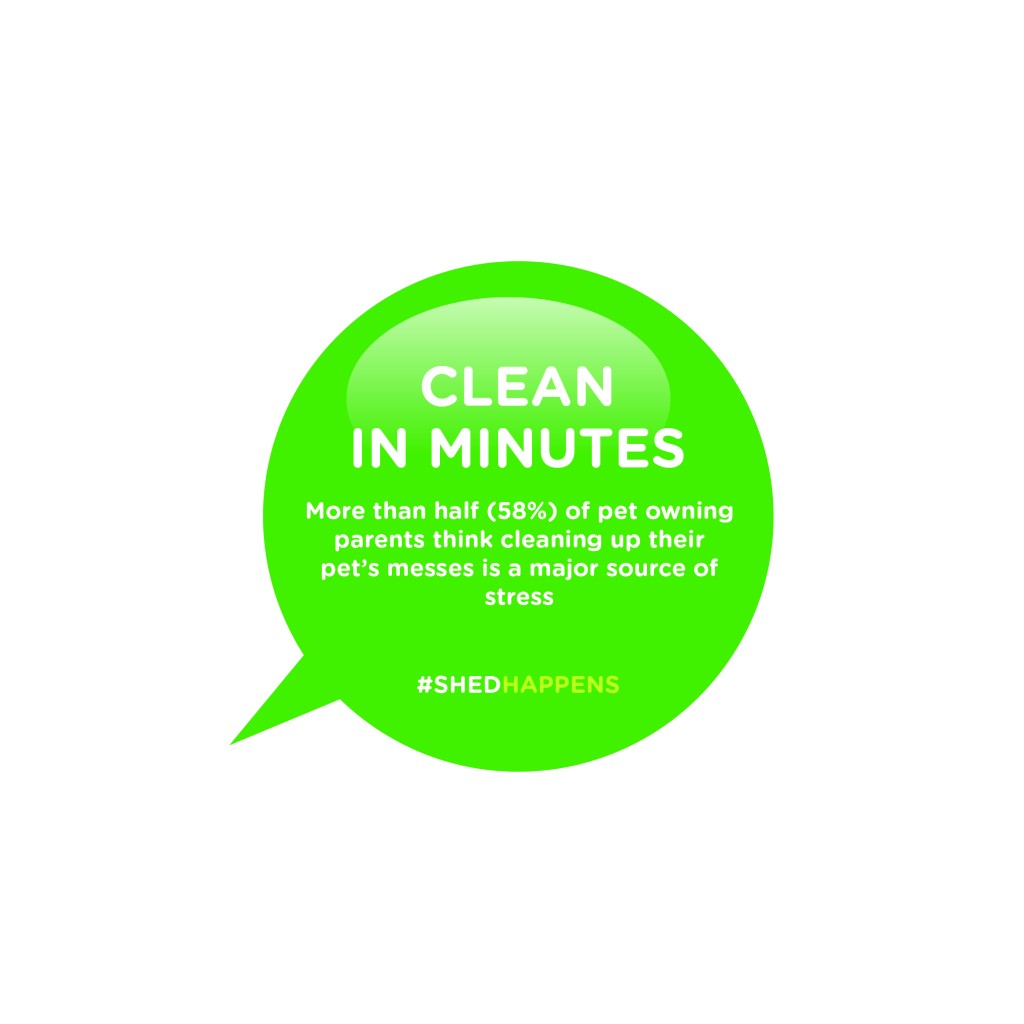 Share a photo of your child’s fur-ever family member and show how ready you are for when #ShedHappens. 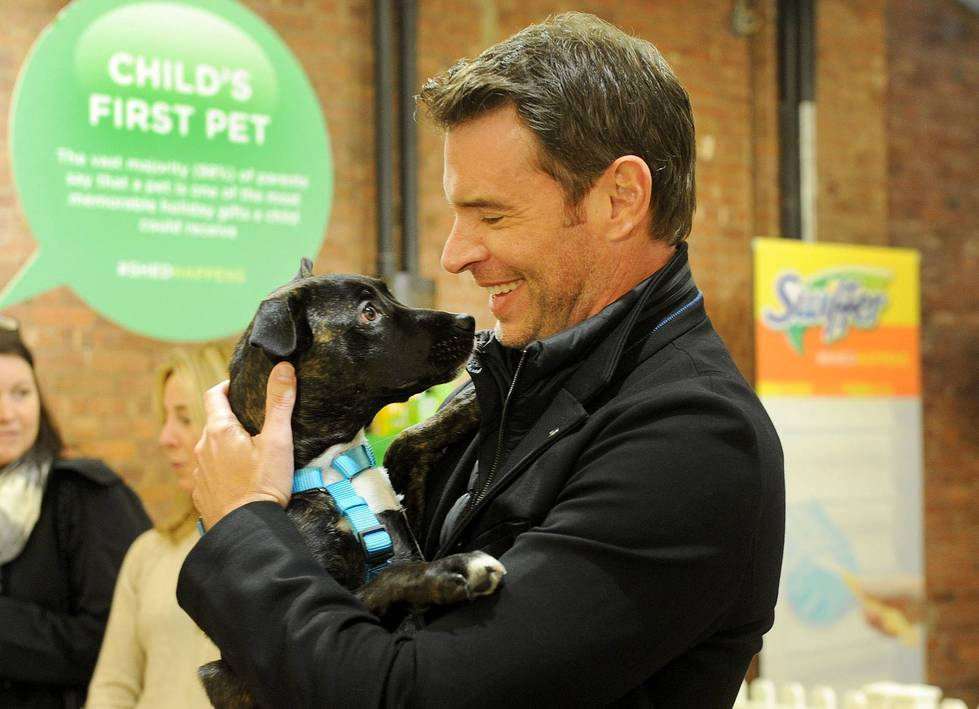 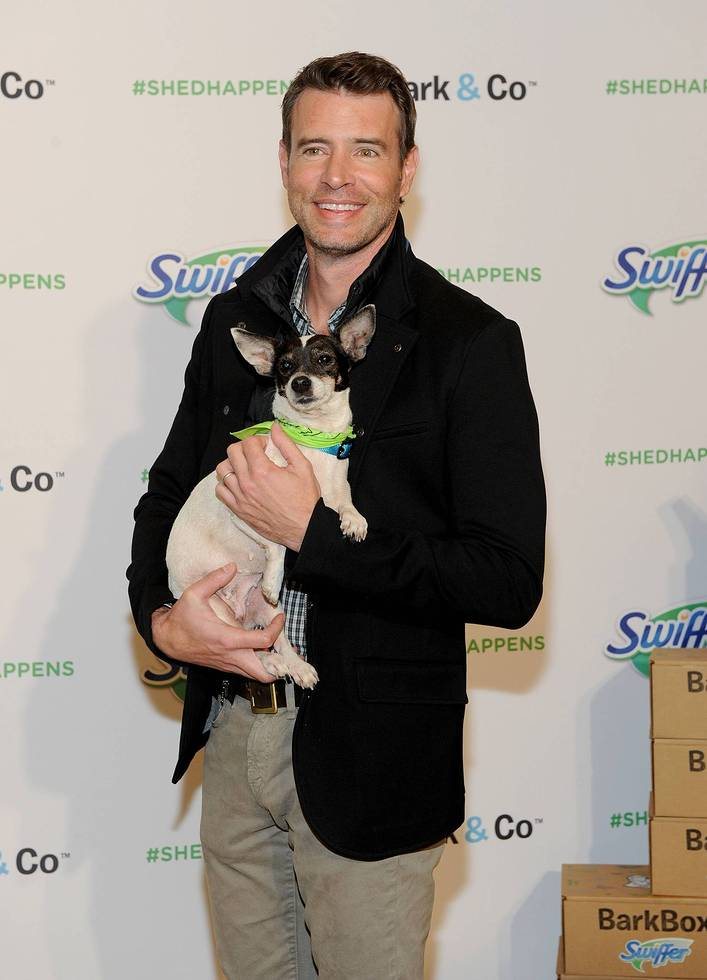 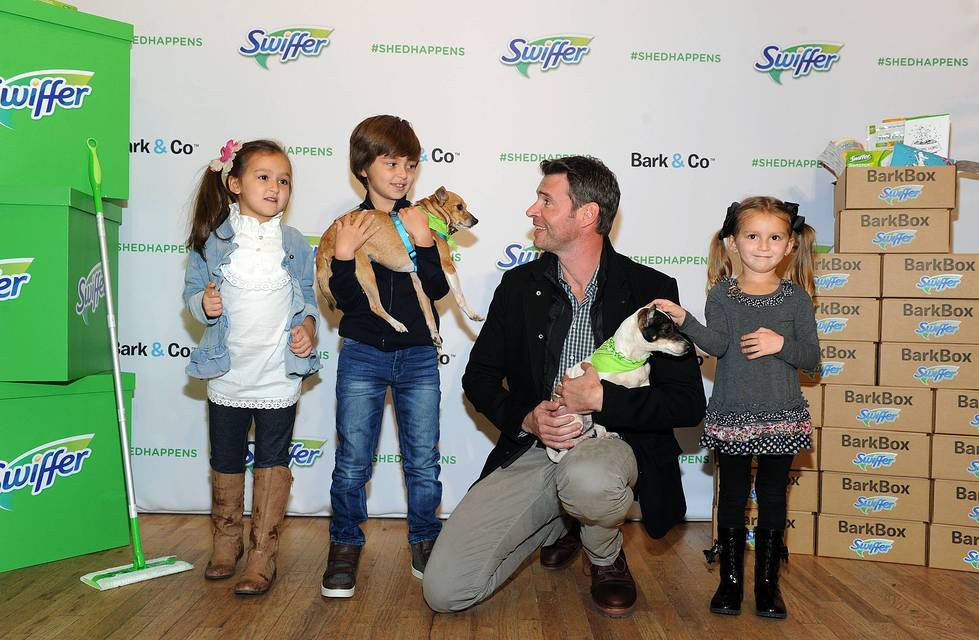 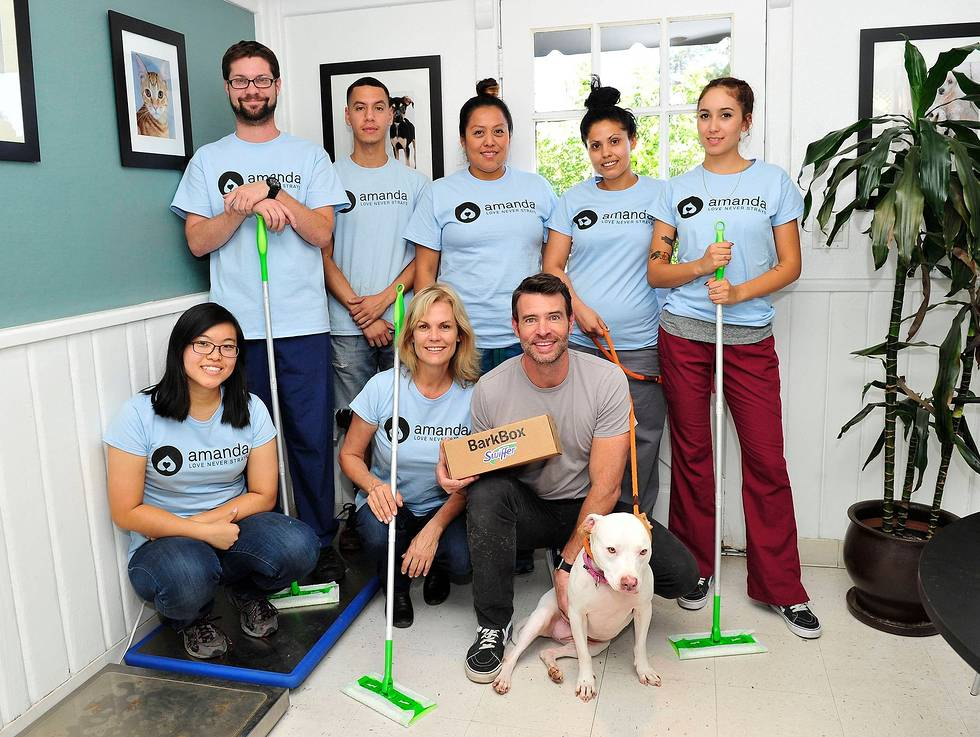 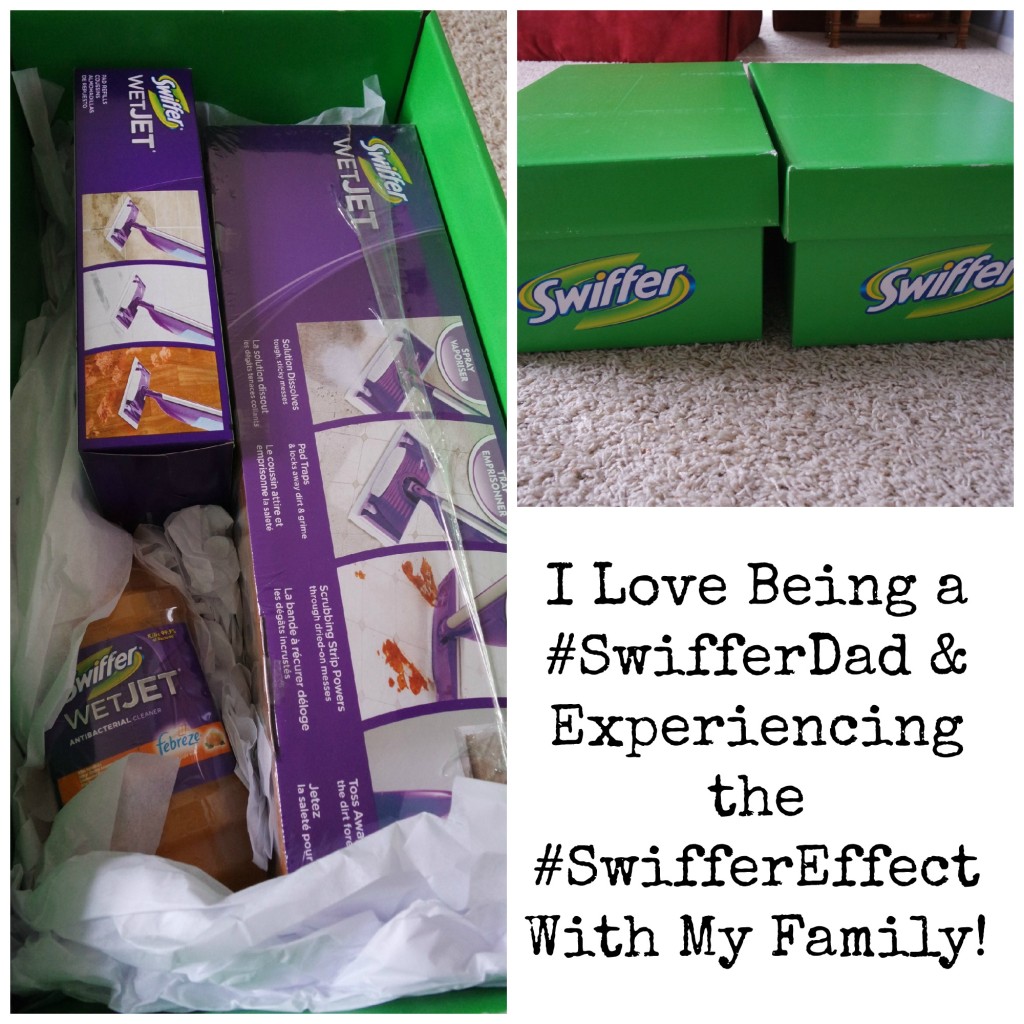 Too often in society there has been a stereotype portraying dads as not taking an active role in kids’ lives, but also not taking an active role in the running of the home. This is why I was so glad to see the new commercials that were recently released by Swiffer, as they are portraying dads in a whole new light and showing more of the reality in my opinion – or at least the reality in my own home. Below you will see the commercial, but in this you will see three dads that are cleaning, engaged and so much more. Through this commercial Swiffer is taking on this stereotype and I commend them for doing so as the reality is truly more of what they have shown in the commercial than not. 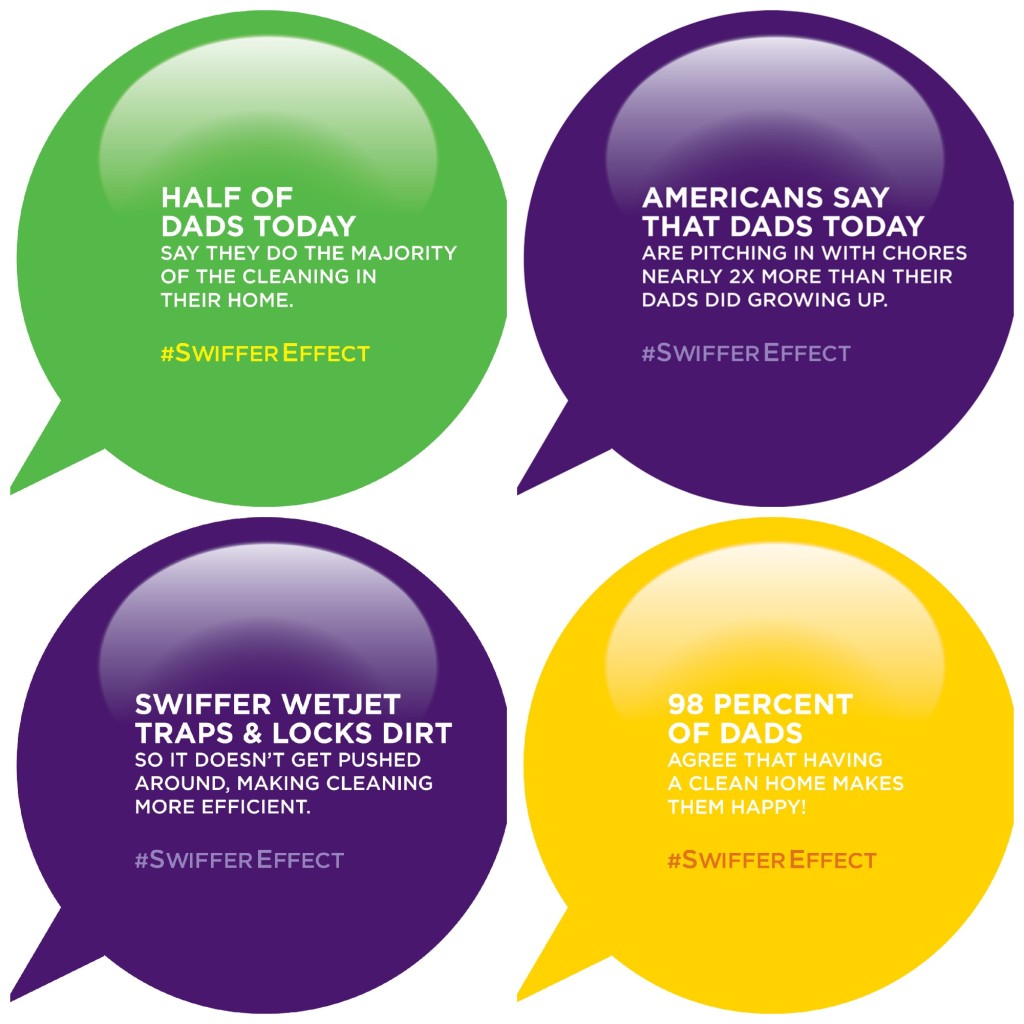 According to the Swiffer Cleaning Index Dads are pitching in nearly two time more than their dads did.  In fact roles have really shifted as half of Dads today say they do the lion’s share of the cleaning in their home, dividing chores with their significant other.

In my own home, my wife and I have always seen each other as equals. I cannot say that we always have been able to be equal when it came to everything around the home, but we always tried to share the responsibilities no one felt taken advantage of in anyway. Why was this important you might be asking? Well, for us, we found that if we were not sharing this responsibility that resentment would build up along with stress, and neither of us wanted or needed this in our lives. 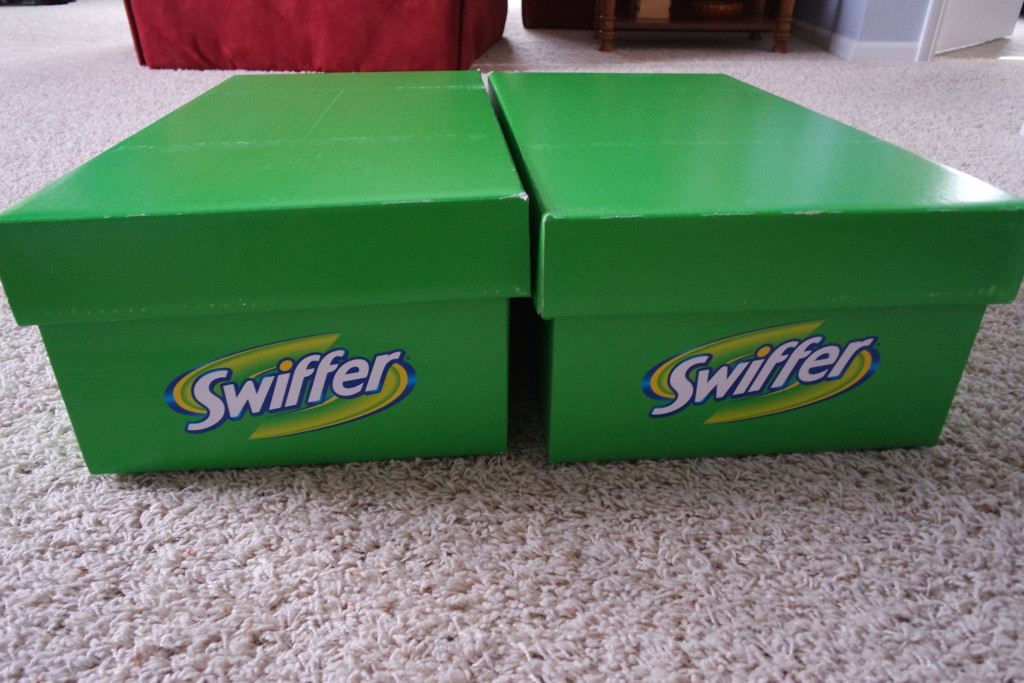 With two active girls I have found that it is a constant challenge to keep the house clean and in the past, it has seemed to always be a half-day long process with buckets, mops, rags and more (yes we were old school) and it was something that I know that I always dreaded personally, and I think I could say the same of my wife too. This is why receiving the Swiffer Big Green Box on my doorstep was so awesome! This box was frilled not only with the Swiffer Wet Jet and refill pads, but also cleaner with Febreeze too (this stuff smells good). I broke out these products and first found that they were so easy to put together, but also use. What I loved most about the Swiffer Wet Jet was that it really helped me to be much more efficient at cleaning quickly and effectively. This was important to me as the more time that I have to spend at cleaning, the less time I can spend directly engaging with my kids. The Swiffer Wet Jet really opened me up to being able to spend more time with my kids because I did not have to worry about the amount of time it would take to clean our floors and it made our floors simply shine.

Swiffer actually sent me a second green box to give to another Dad friend. I dropped the box off today to my friend and left a note that said “I hope you like being a #Swifferdad”. I had to leave the box off at his house so I signed the note, so I am sure that I will get a call later. He will be surprised, but he also will probably give me a bit of grief about the gift too… but you never know! I just wish that I could be there to see his face, but I actually had to leave town today and because of this I wanted to at least get the Swiffer box to him as soon as I could! 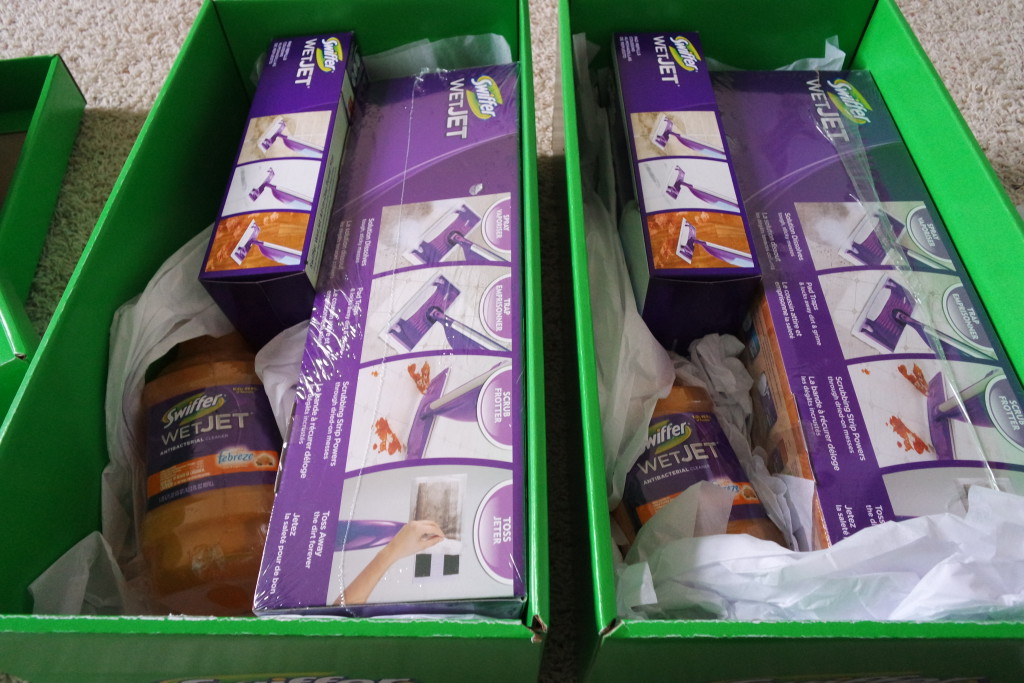 As mentioned above below is the #SwifferDad video.  This video really captures well how hands-on dads are in today’s society. I love how this video has real Dads and kids talking and sharing together, and you get some true perspectives from the kids too. I also am including some behind the scenes video too that shows the video’s creative advisor, Anthony Anderson having some fun too. I love that Swiffer used Anthony Anderson as he is a hands on dad too who also cleans floors, handles carpools and more. On top of that the video was meaningful as it also featured a few dad bloggers that I know and admire too.

In the end I have come to find that with the Swiffer Wet Jet I am able to soak up more moments with my family and I am betting that my friend will have a similar experience too, that’s the #SwifferEffect they are working to share with all families!