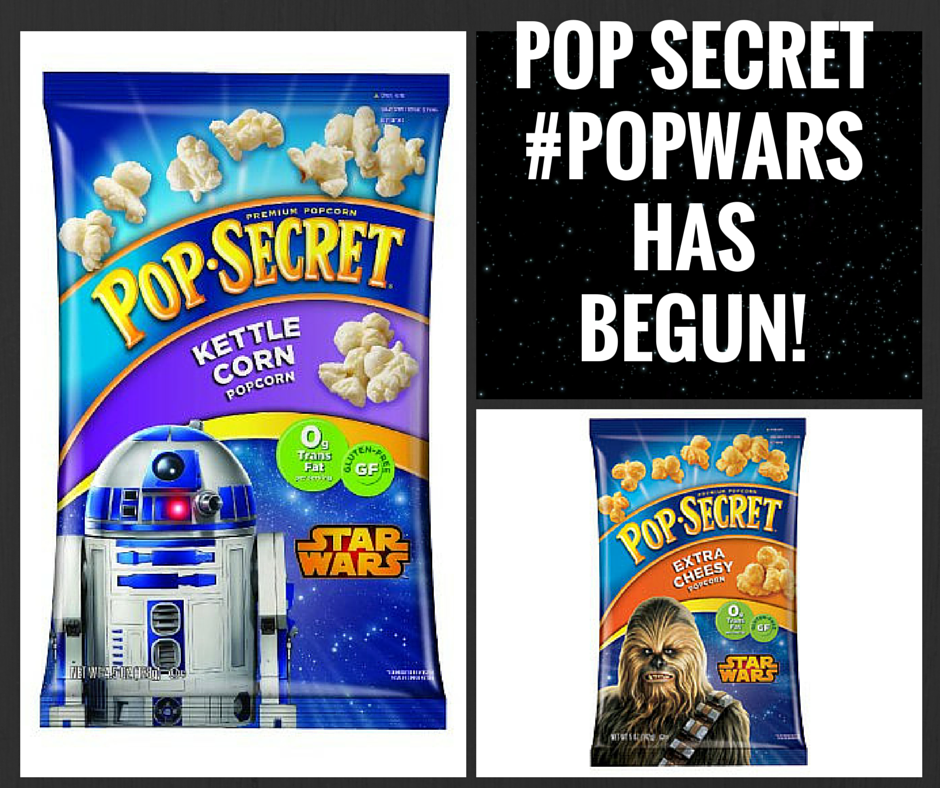 I have partnered with Life of Dad and Pop Secret and was compensated for my participation in this promotion.

A long time ago, in a kitchen far,
far away….

It is a period of after school unrest.
Kids recently have arrived home with
sounds of “I’m hungry” ringing from
their mouths and the battle of light and
dark reign true as the choices of snacks
weigh heavily on the homefront.

During the Search, parents, both
managed to find new Pop Secret
filled with great ingredients, flavors
and more, but even forces of evil lurk
in the wings ready to take control of
the snack for themselves.

Darth Vader, now raising his daughter
in his ways, he finds parenting to be
even harder than running the inner-workings
of the Death Star or a Galactic Destroyer.
Can Darth Vader teach his child to control the
power of the dark side to quench her hunger
and ultimately save the galaxy??? 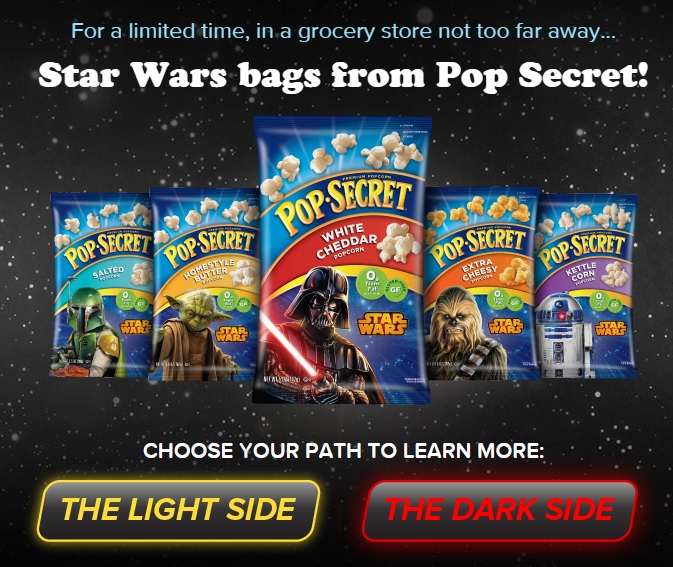 My daughters and I love Star Wars™ and we love dressing up. Over the past year I have introduced the girls to all of the Star Wars movies, and yes we watched them in the correct order, from A New Beginning to the last. We now wait in anticipation for the new movie Episode VIII to come out this December too! 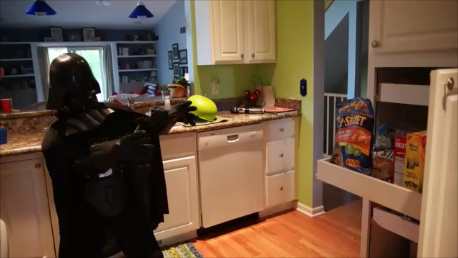 I mean what father would not want to have their daughters learning from the likes of the wise green one, Yoda, or even Obi Wan and staying away from creeps like Boba Fet or even Darth Sidius (or are they just misunderstood).

Pop Secret recently sent me some of their great Pop Secret Pre-popped Popcorn, we were given the opportunity to channel The Force to join #PopWars and to show you how we or even Darth Vader and his daughter could find the ultimate snack. 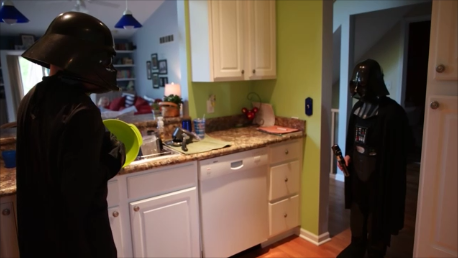 While we only had one of the Pop Secret Pre-Popped Popcorn bags to try ourselves, we were very excited to see that there were actually five to choose from including:

These pre-popped Pop Secret bags make movie time a cinch since the snack is already ready for you and you can simply start of the movie and go!

The girls loved the new Star Wars™ packaging on the bag that we had (I mean who would not love a Wookie on their popcorn), but there are a ton of other great characters spotlighted too! Check them all our while they last!

The popcorn itself was light and so flavorful. I can tell you that even though we were channeling The Force while eating this snack, I would be as clumsy as Jar Jar Binks if I was to say that the bag of Pop Secret lasted long in our home. 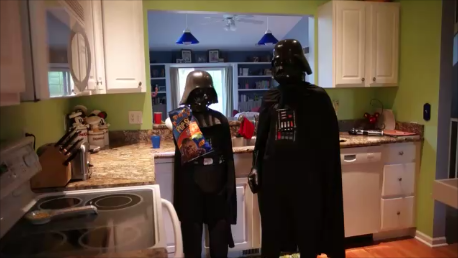 I not am looking forward to trying out the other varieties as I can see and tell that Pop Secret is being consistent in delivering quality products that I know that I am more than happy to share with my family and friends for my next Star Wars movie night – anyone game?

After watching our movie we got into the fun and decided to throw in our luck with the below movie submission to a great Life of Dad contest where you can win $1000 in Pop Secret popcorn and Star Wars™ prizes – completely awesome! I hope you will watch and let me know your thoughts and let me know what variety of Pop Secret Popcorn you would channel The Force to get. I want to know!

If you’re looking to get in on the Star Wars™ Pop Secret fun, you too can join in to win #PopWars ! Simply create your own #PopWars video to possibly win $1000 in Pop Secret popcorn and Star Wars™ prizes! Just head over to Life of Dad for details.

About Pop Secret
Since 1984, Pop Secret has been offering popcorn fans a quality product that makes watching movies at home just as fun as going to the theater! We’re committed to providing popcorn lovers with a convenient, delicious, quality snack for wherever and whenever they want it – whether settling down on the couch to watch a movie at home or on the go with your busy family!

Find Our More About Pop Secret