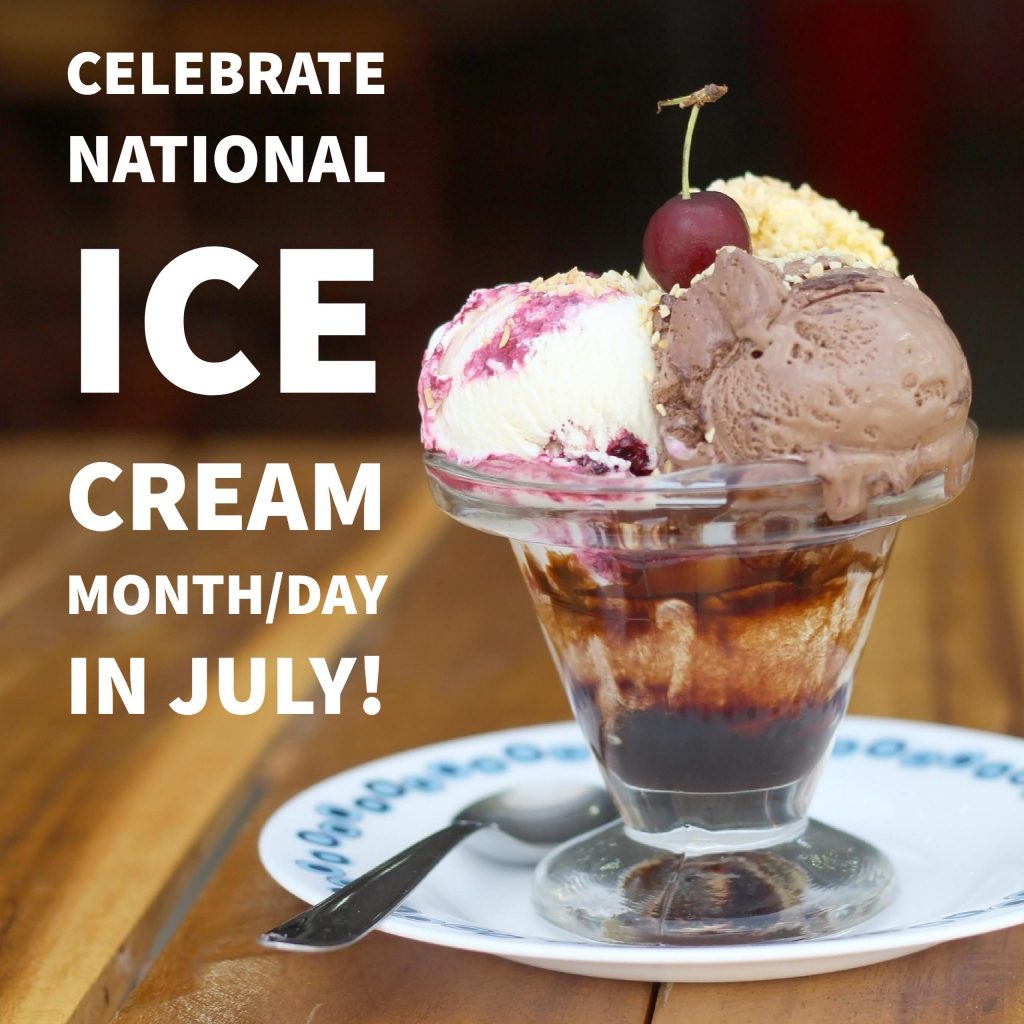 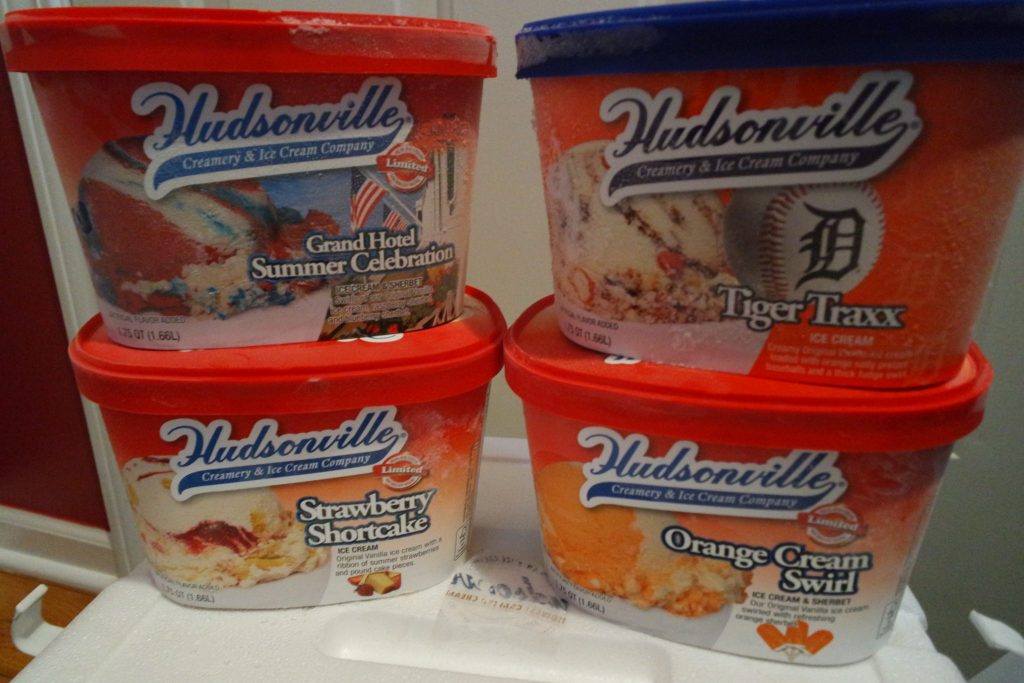 While my family does not need a special month to celebrate ice cream, having a special month and day makes it even more fun in my opinion.  For us, seeing that it is National Ice Cream Day today, Hudsonville Ice Cream sent us some great ice cream flavors for us to try and celebrate this great day! 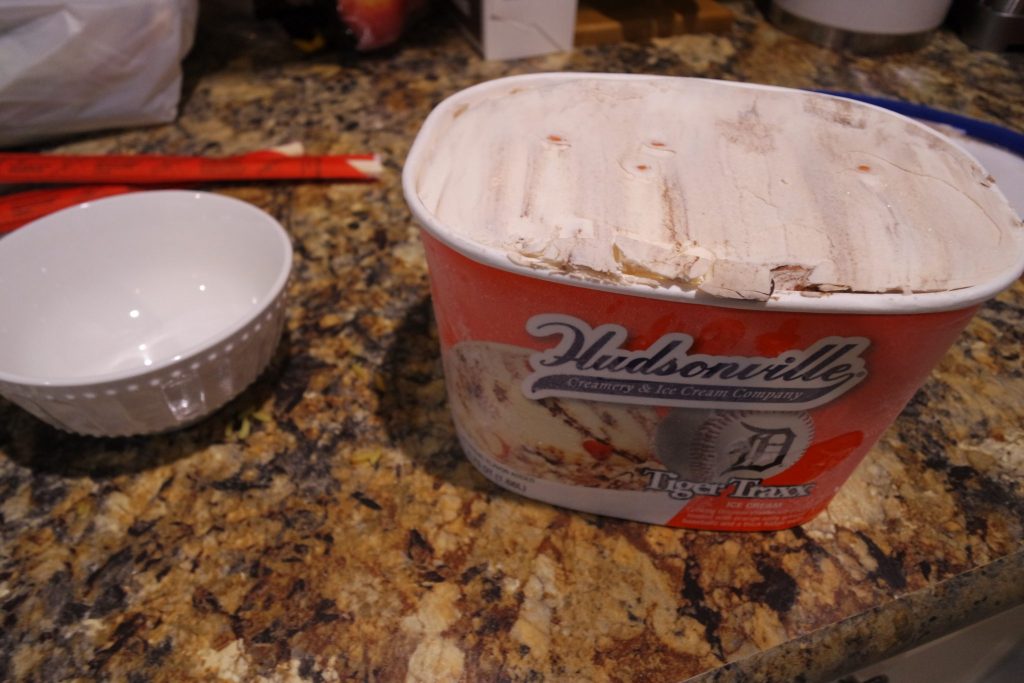 I tell you, one of the things that is always hard for me is when you go to the store and you see so many amazing flavors that are possible. I always have a hard time deciding. Do you have the same problem? Yes, my family and I have our favorites, but I am not against trying a new flavor though, so you can guess that we were excited to try out some of the new flavors that Hudsonville Ice Cream sent to us. 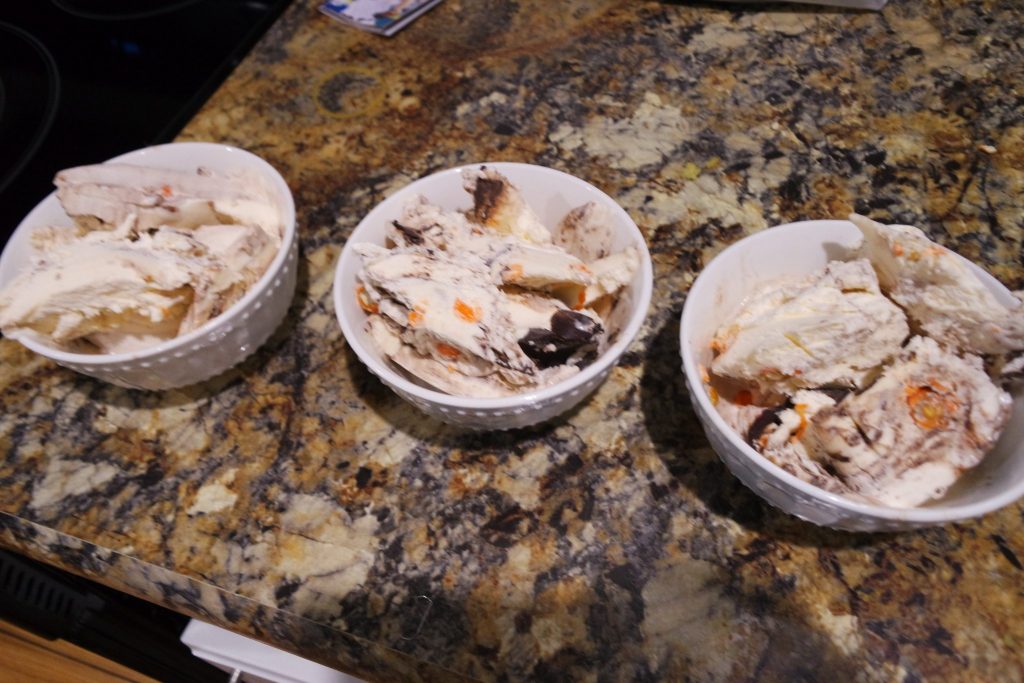 I continue to be impressed at the variety of flavors that Hudsonville Ice Cream brings us, and this variety allows me to not get too complacent in the flavors and types of ice cream that my family and I enjoy. It also gives me some ideas for ice cream that I might want to try and make for myself in my own ice cream maker that I have in my own home. 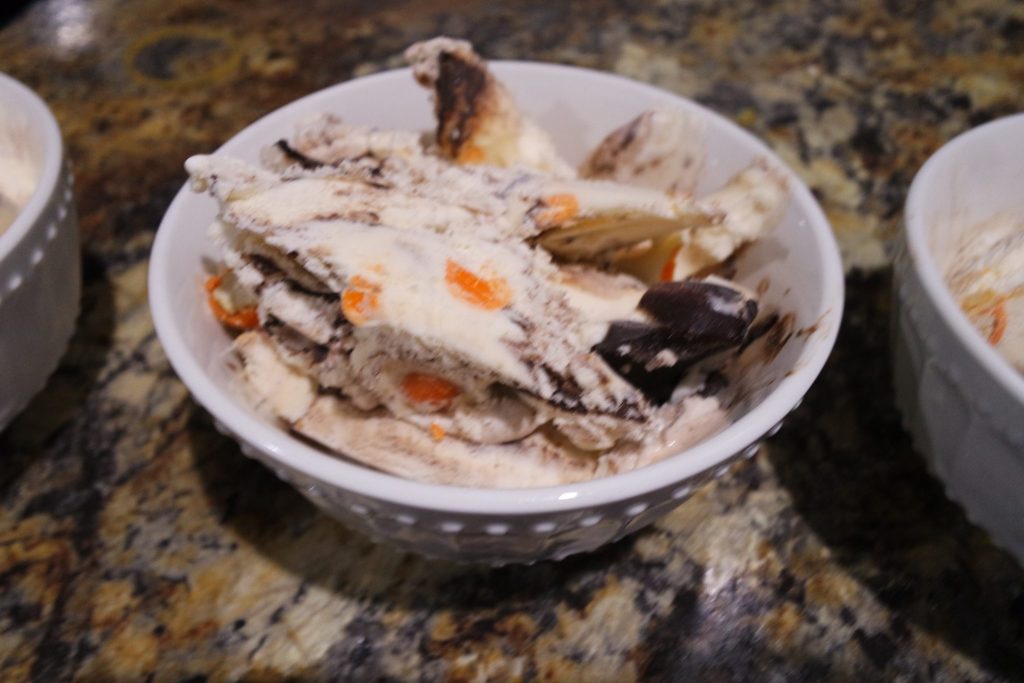 Ice cream has definitely been something that has drawn our family together over the years. We have laughs and great conversations over having an ice cream together. I know that these common experiences are something that continue to bring us together over the years to come and I can only hope that these experiences are ones that my girls will share with their families in the future too. 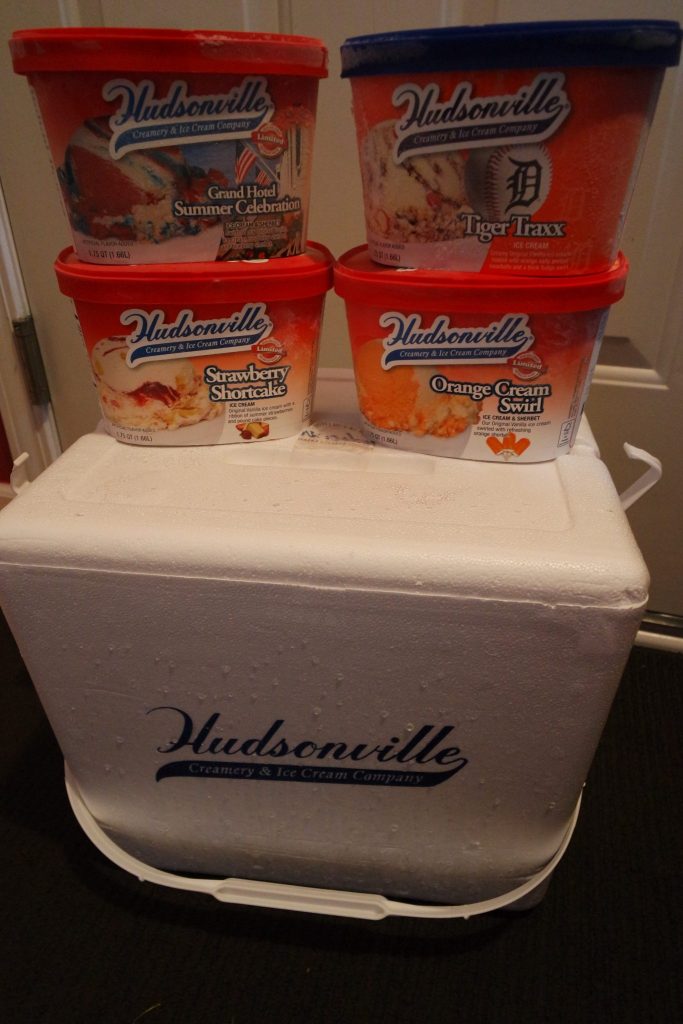 How will you celebrate National Ice Cream Day / Month? 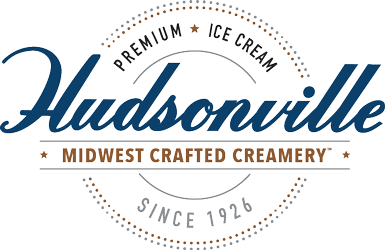 Earlier this spring, Hudsonville Ice Cream kicked off a contest calling on the public to help them come up with a new, Detroit-inspired flavor for their line of Michigan-themed ice creams (Mackinac Island Fudge, Grand Traverse Bay Cherry, etc.). The contest ran May 1 – May 26. People were asked to submit a flavor idea, a name for the flavor and an explanation of why it represented Detroit, for the chance to receive $500 and free Hudsonville Ice Cream for a year. 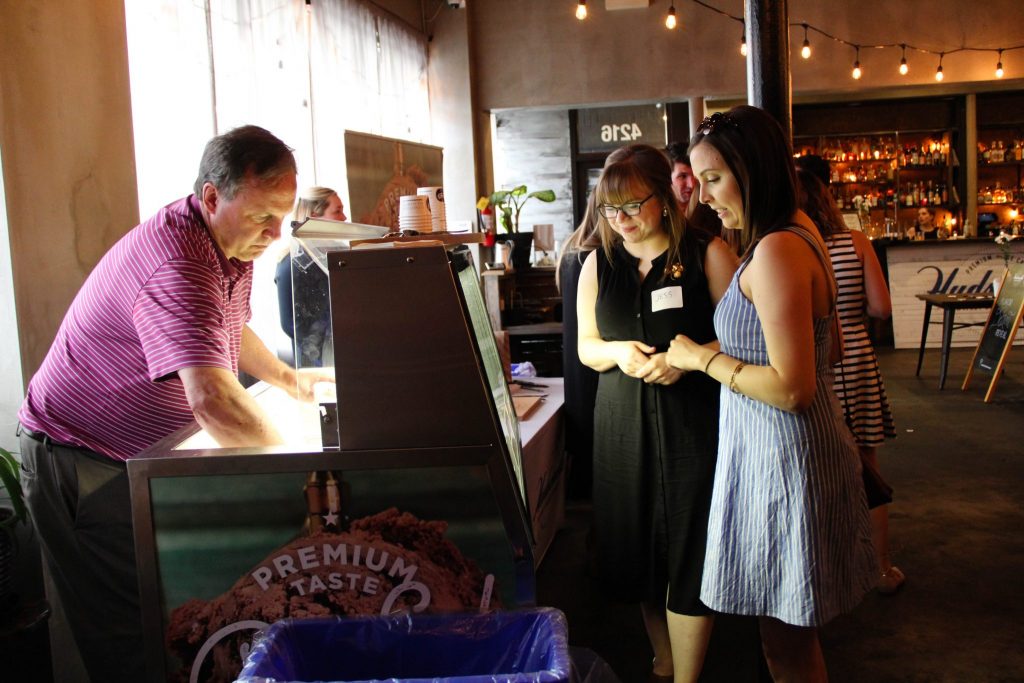 After receiving 2,500+ entries, Hudsonville Ice Cream decided on a winning flavor, which it announced this past Thursday (June 15) at their reveal party at Rock City Eatery.

Here is the official flavor description for the winning flavor, Comeback Cooler. 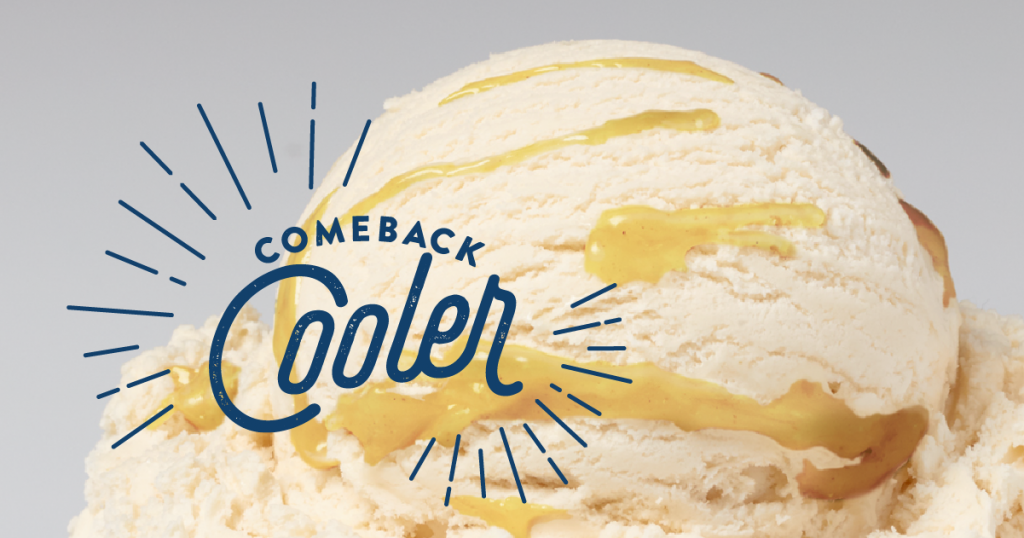 Named for the town you can’t keep down; we’ve captured the iconic flavor of a Boston Cooler you can serve on a cone. French Vanilla ice cream is richly swirled with sweet, ginger ale ribbon to form the nostalgic flavor of a Vernors Ginger Ale Float.

Lastly, I’m not sure if you heard the winner’s backstory, but here’s some information about her inspiration for the flavor (more in this Instagram video). 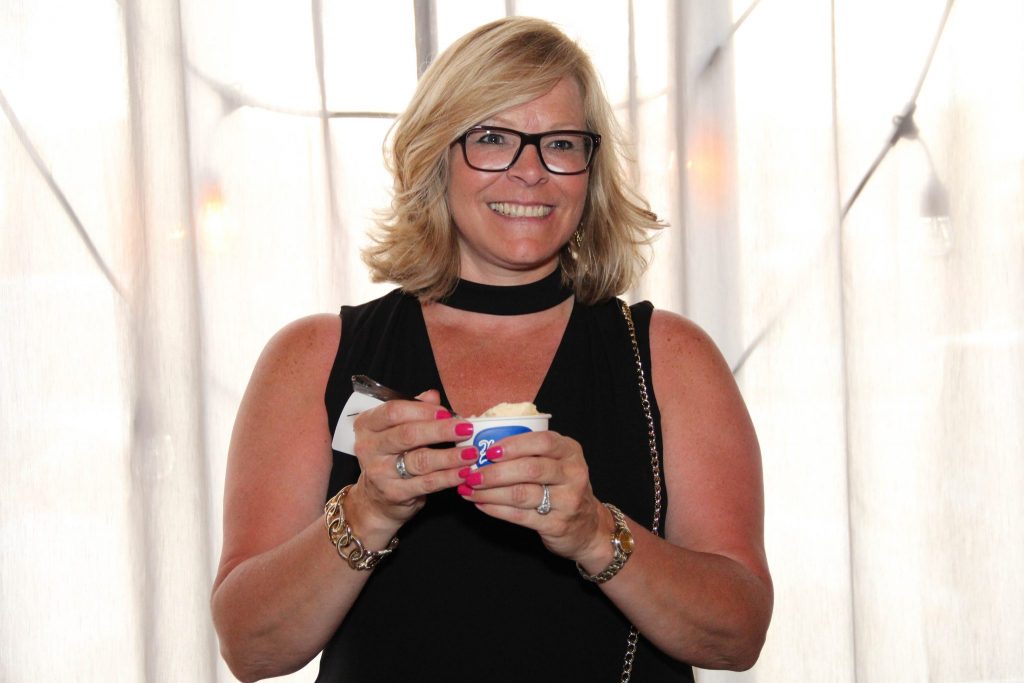 Tracy Heureux of Plymouth submitted the winning flavor, titled Comeback Cooler. She
cited the flavor as something she associated strongly with Detroit, and something she craved
when living in Philadelphia. Hudsonville Ice Cream judged entries based on flavor potential,
creativity of the flavor name and the explanation of inspiration for the flavor, and chose
Comeback Cooler from more than 2,500 entries to the Flavor of Detroit contest.

“Hudsonville Ice Cream was seeking a flavor that would capture the spirit of innovation
and re-imagination synonymous with Detroit, and we’d like to congratulate Tracy on creating the winning flavor,” Ellens said. “The new Comeback Cooler flavor takes a traditional flavor that has long been associated with Detroit and adds a modern twist. Our artisan crafters are honing in on a perfect blend of flavors that honors the history of Detroit while acknowledging where the city is headed.”

The Flavor of Detroit winner Comeback Cooler will become a reality, with an expected roll-out in the fall of 2017. 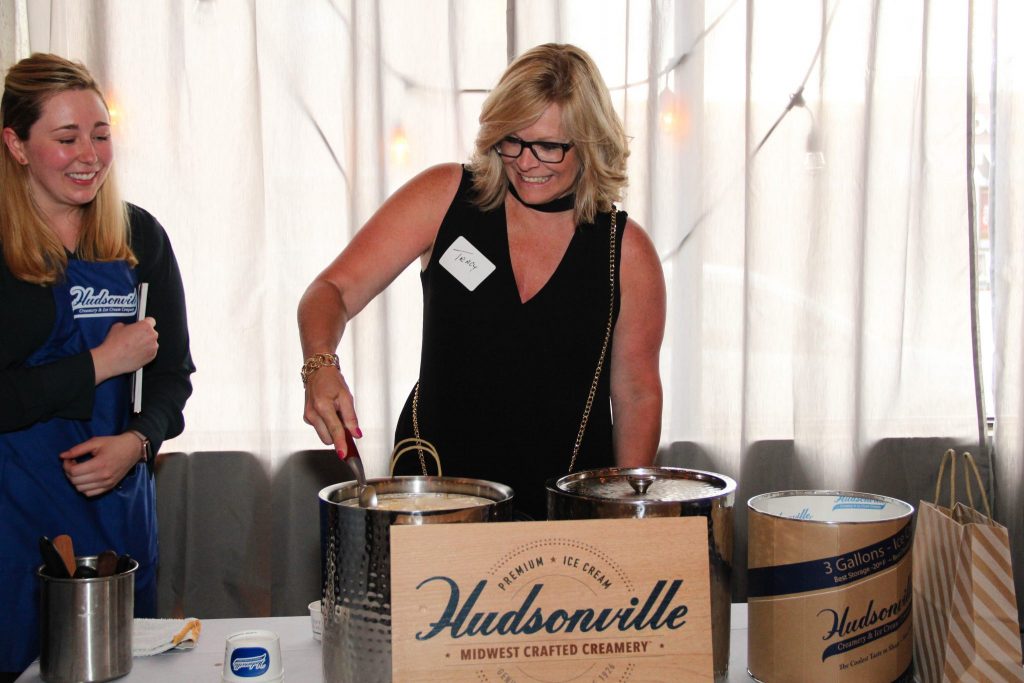 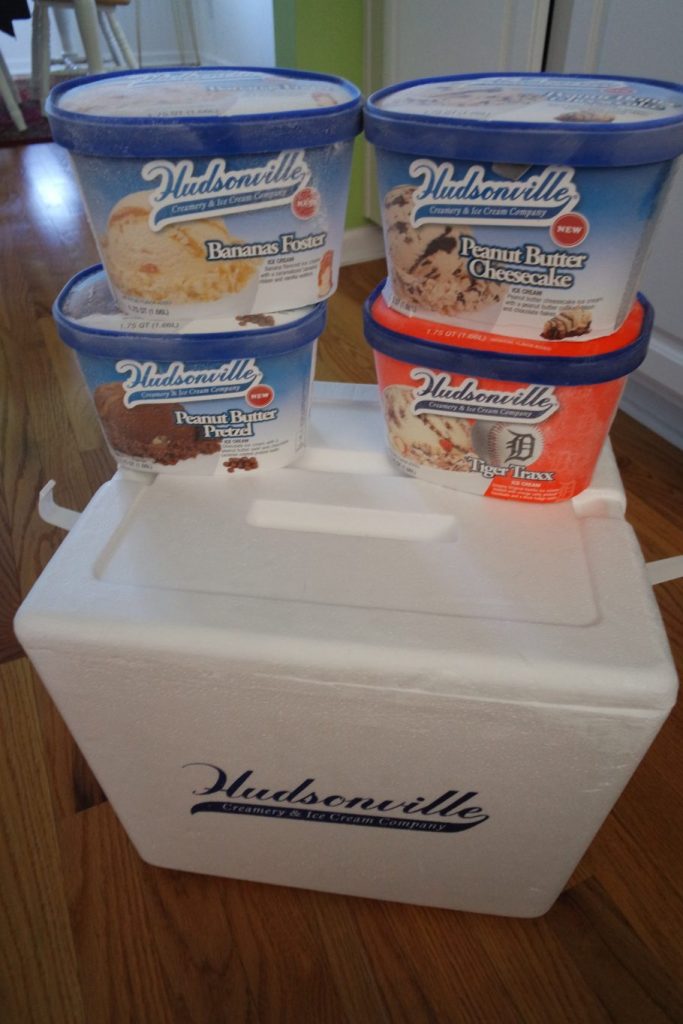 When it comes to springtime, my family gets excited for a few things. First and foremost, the kids get excited for the opening of the baseball season. We love baseball and are always excited to see the new season come out with new players and new excitement. That being said the other thing that we get excited about is about ice cream. While yes, we can get ice cream year-round, there is something to be said about visiting ice cream shops and also picking up new ice cream flavors that show up every spring (or so it seems).

Living in Michigan we have known about Hudsonville Ice Cream for years. We used to live on the west side of the state which is near Hudsonville and while we never visited the ice cream plant, I think it would have been amazing to do that. One of the things that we have always loved about Hudsonville Ice Cream is the quality of the ice cream. I love the creamy, smooth delight of eating the myriad of flavors that they have. Recently, we were sent some of the new flavors to try ourselves and we were excited to try them.

We were especially excited to try the new Tiger Trax, a flavor that comes back for baseball season every year. Being from Michigan and being a fan of the Detroit Tigers this looked like a great. In trying the Tiger Trax ice cream my daughter and I were definitely sold. We loved the mix of sweet and salty and the little pretzel “baseballs” add a nice crunch that was very nice as well. 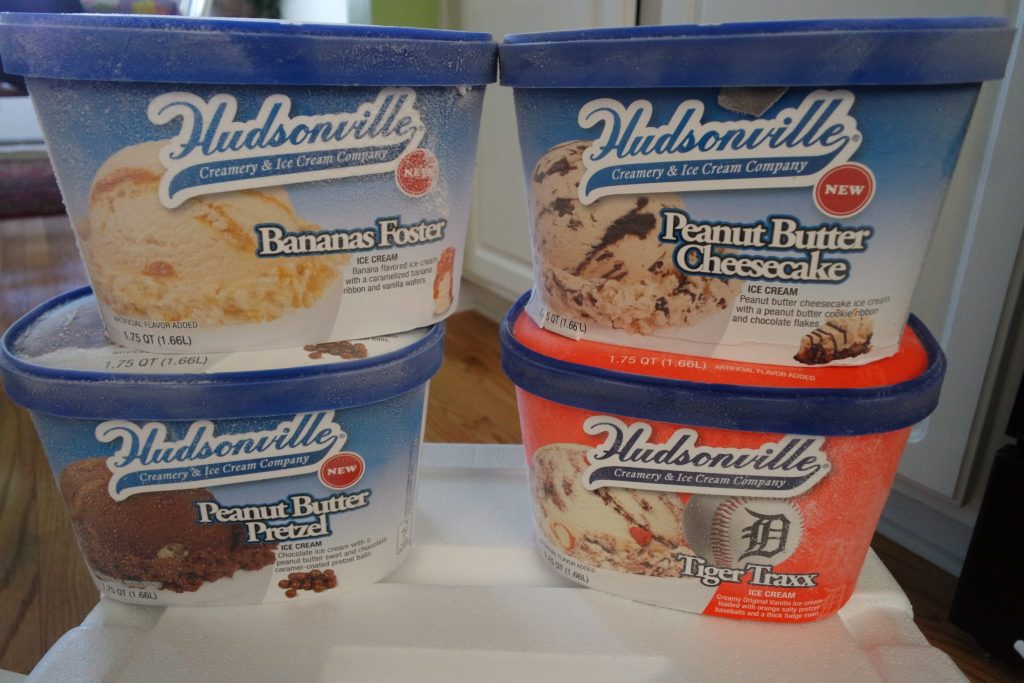 Below, this is our take on the Hudsonville Ice Cream as well as our thoughts on baseball. 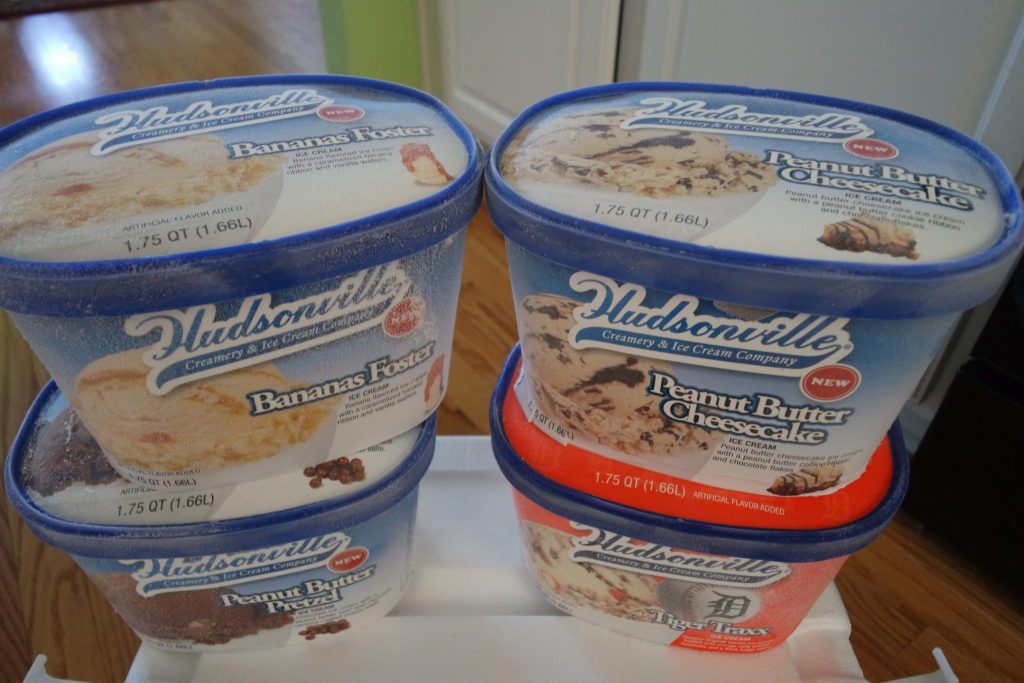 Hudsonville Ice Cream’s Midwest Crafted Creamery is situated in the pasturelands of West Michigan. Its team of artisans have been perfecting the art of ice cream making since 1926 and have introduced consumers to a variety of flavors that have become beloved favorites, both in Michigan and throughout the Midwest. Focused on creating genuine goodness in every scoop, the company combines locallysourced ingredients with their time-tested, 90-year recipe to craft premium ice cream for all to enjoy.