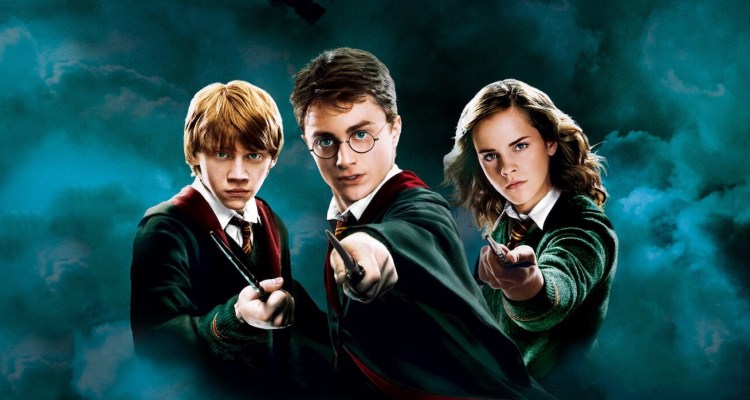 If you have got a Harry Potter superfan hidden away inside of you, then sometimes you have got to let it out. There is only so long you can keep it bottled up, so embrace your inner Harry Potter fan with some of these great options.

There are so many things you can do related to Harry Potter, so get out there and enjoy being a fan!

What better way to embrace your inner Harry Potter fan than with a movie marathon? Track Harry’s progress from a young boy coming to terms with being a wizard all the way through to his final quests and refresh your memory of the entire saga.

To get through all eight movies, you are looking at just under 20hrs in front of the big screen, so it might be best to pace yourself over a couple of days!

As you would expect with one of the most successful movie franchises in history, there is plenty of attraction that can give you the authentic Harry Potter experience.

From the Warner Bros. Studio in London to the Jacobite steam train in the Highlands of Scotland and Harry Potter world Orlando there are so many ways to lose yourself in the world of Harry and his friends.

With so much choice, the main difficulty is figuring out which one you are going to visit first!

You might not be lucky enough to have “The Three Broomsticks” pub just down the road, but that does not mean you cannot try your own butterbeer. There are a few different recipes you can try, and while they do taste delicious, most of the fun is in making it yourself!

Make sure you get a nice frothy head, though, as you would not want to miss out on that classic butterbeer mustache!

One of every Harry Potter fan’s first memories is Harry, Ron, and Hermione taking the trip to Platform 9 ¾ to get to Hogwarts, and if you happen to be in London, you can do the same.

Stop in at King’s Cross Station, and you can get your picture taken with the famous trolley! Of course, Platform 9 ¾ is not the only Harry Potter scenery in London, so you can combine it as part of a fantastic trip.

It is one of the most iconic parts of Harry Potter, so it is well worth checking this hidden gem out.

You are not the only Harry Potter fan out there, so why not let your friends embrace their inner Harry Potter as well by hosting a themed party? The great thing about Harry Potter themed parties is there are so many costume options to choose from.

Whether you want to go for the simple Hogwarts look or mix things up as a pupil of the Beauxbatons Academy of Magic or Durmstrang Institute for Magical Learning, the choice is up to you! 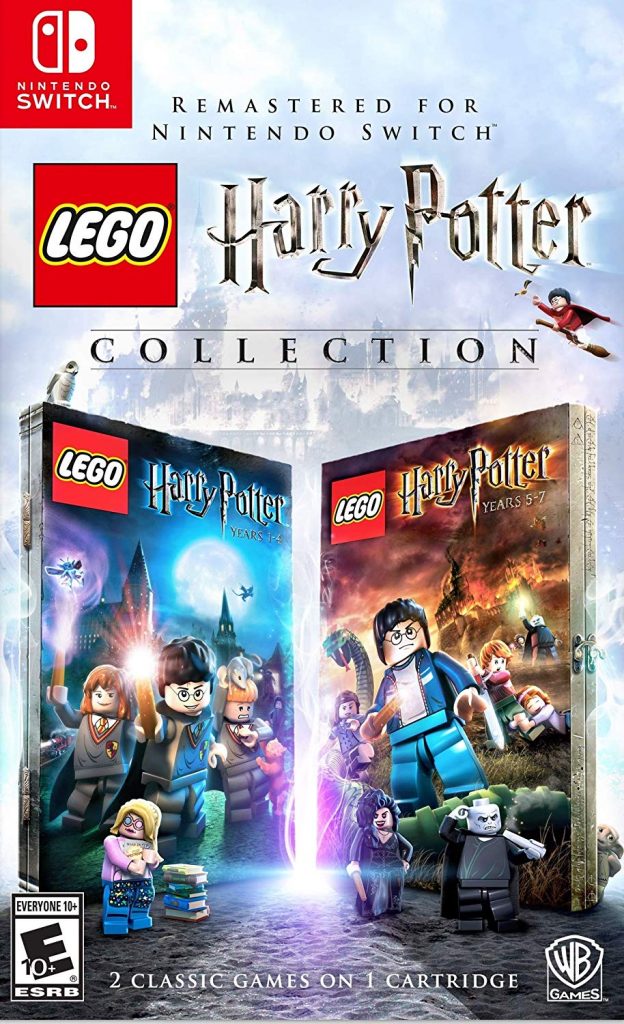 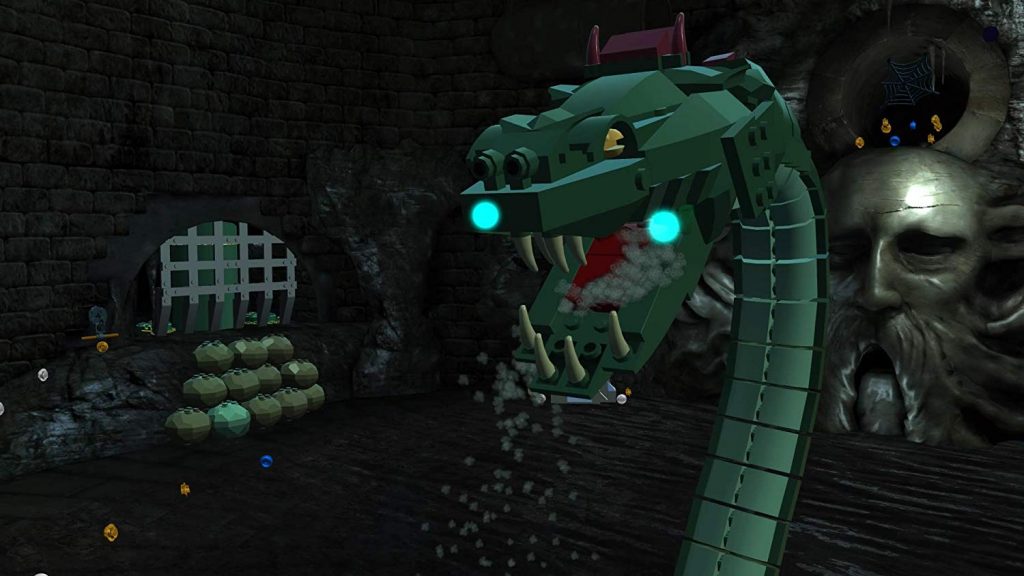 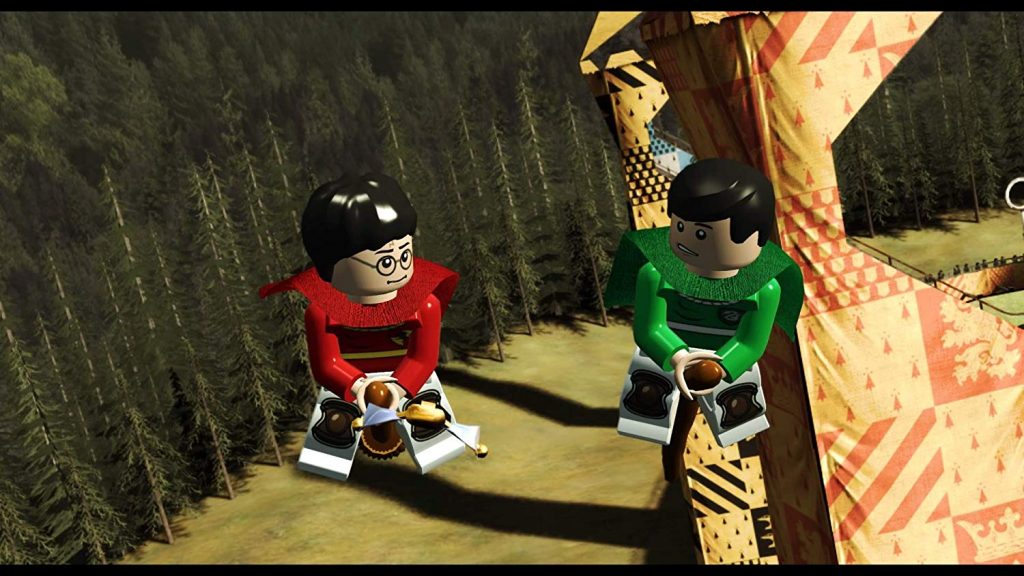 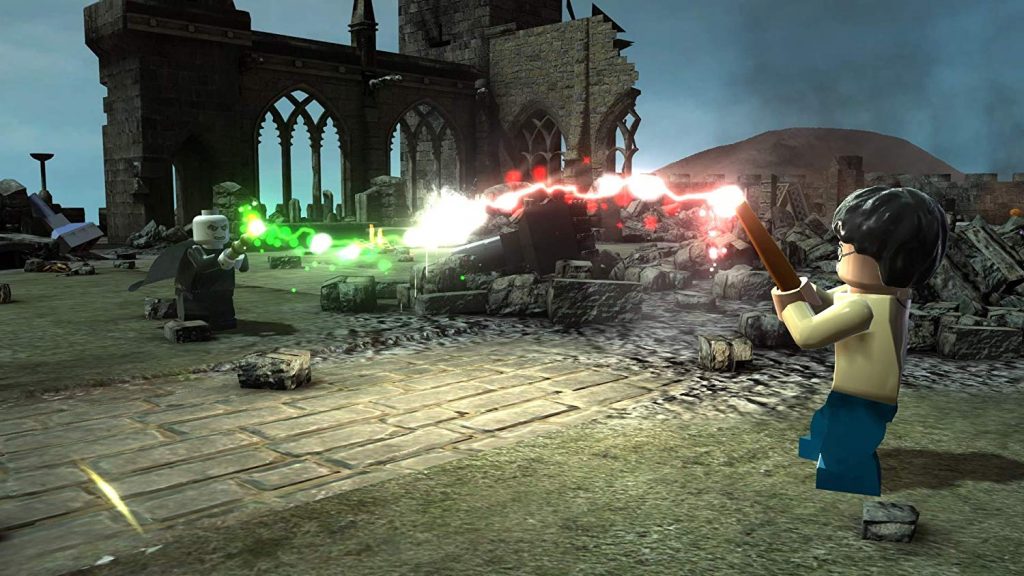 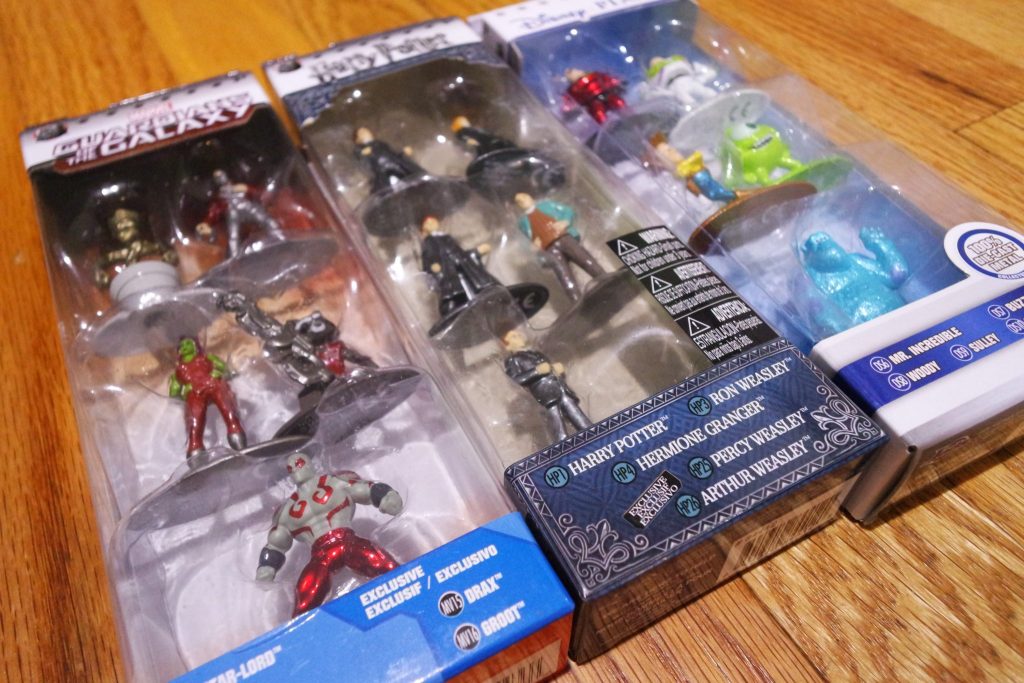 I am a big fan of Marvel, DC and other “Geeky” types of things! Recently I found a brand new set of diecast figures called Nano Metalfigs  that were so detailed and amazing to collect! 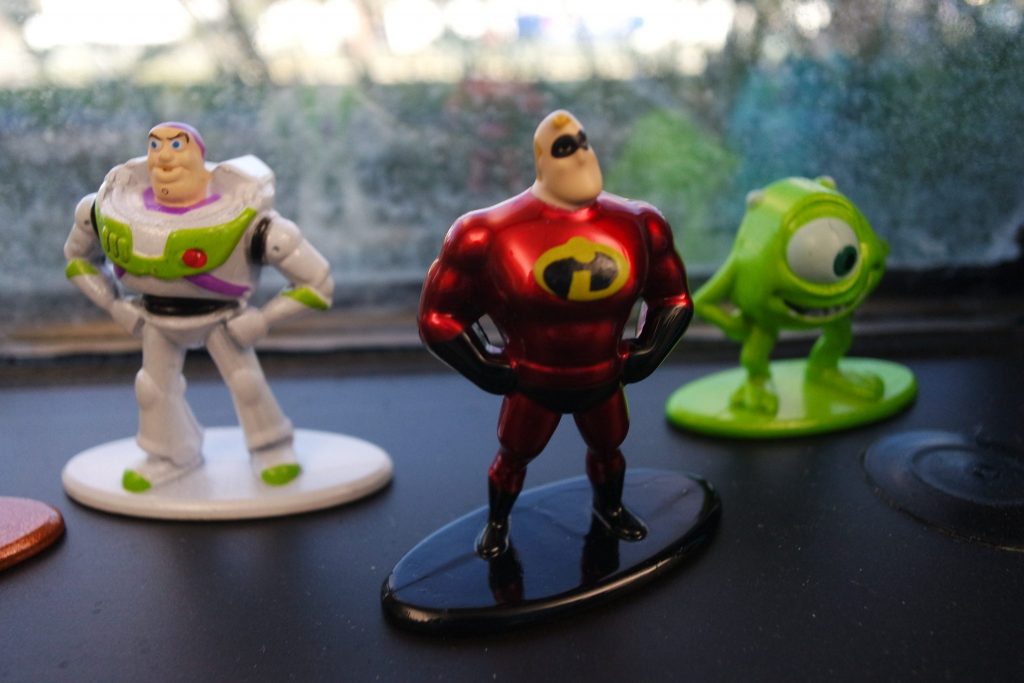 Each of these cool diecast figures were very detailed and whether you love Harry Potter, Comic Books or more you will truly be wowed by the line of Nano Metalfigs. Also, with the price of these, what is amazing is that Jada Toys has managed to keep these at $0.99 per figure and licenses include WWE, Streetfighter, Harry Potter, DC, Marvel and Disney, with new waves released every 60 days. 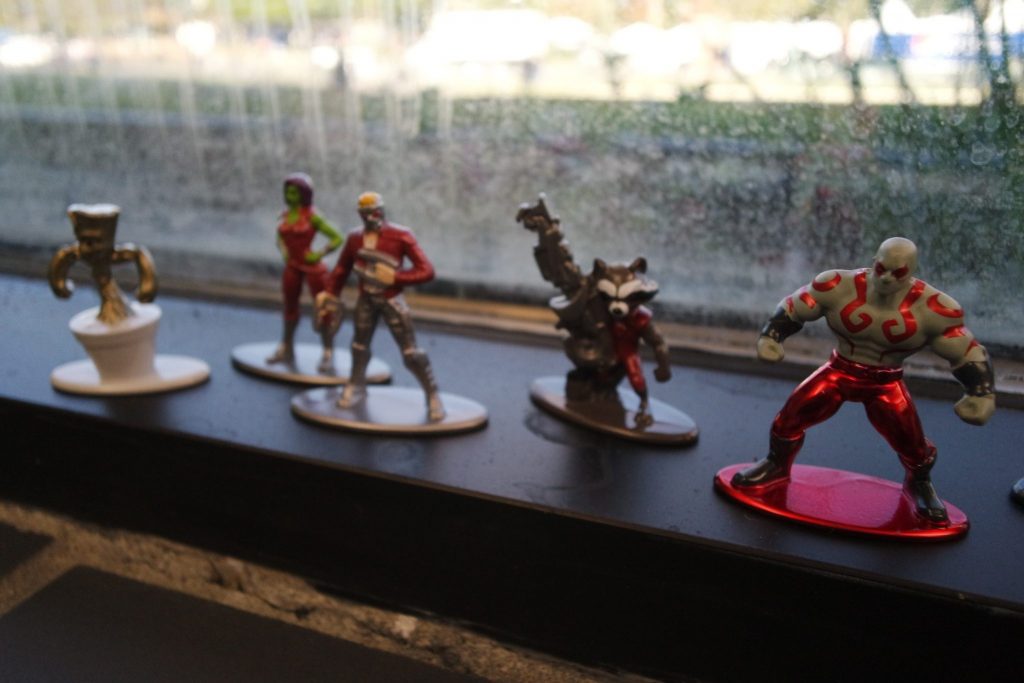 Check out below for some additional thoughts on this line.

As you can see in the video above these small collectibles truly capture the fun of the characters that they portray. They are 1.65” scale 100% die cast figures, each with that distinctive die-cast feel weighing only a small amount. The Nano Metalfigs are truly perfect for kids and collectors of all ages. 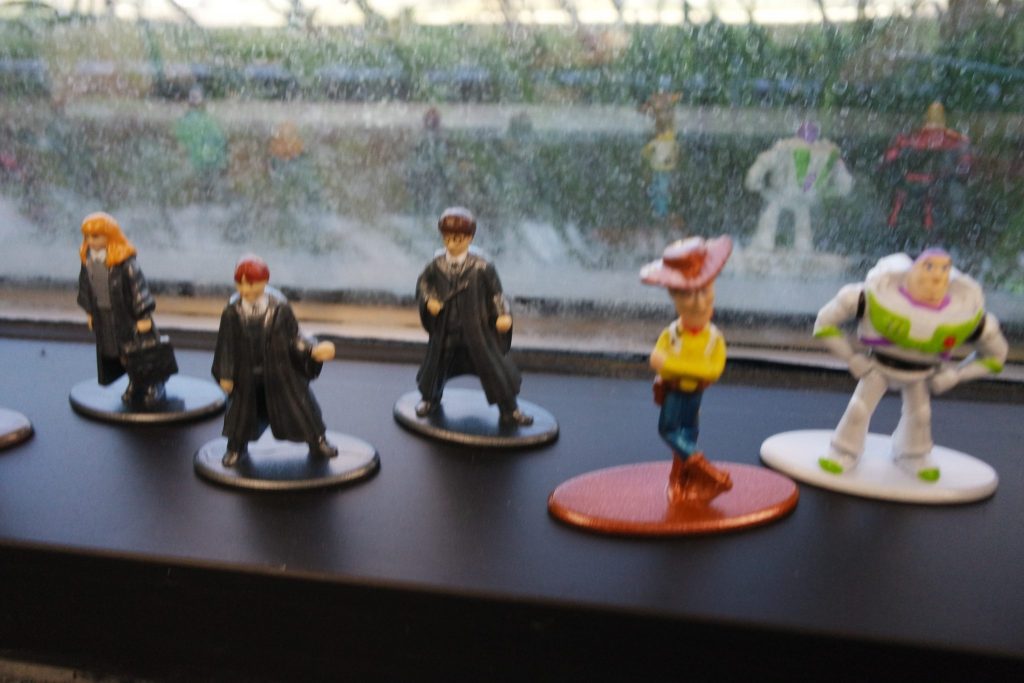 Jada has also created a number of DC Nano Scenes, diorama sets to imaginatively display your figure collections in authentic ways. Each Nano Scene comes with two exclusive figures and additional features (SRP $29.99). These sets allow you to create scenes and display your characters in fun ways for all to see! 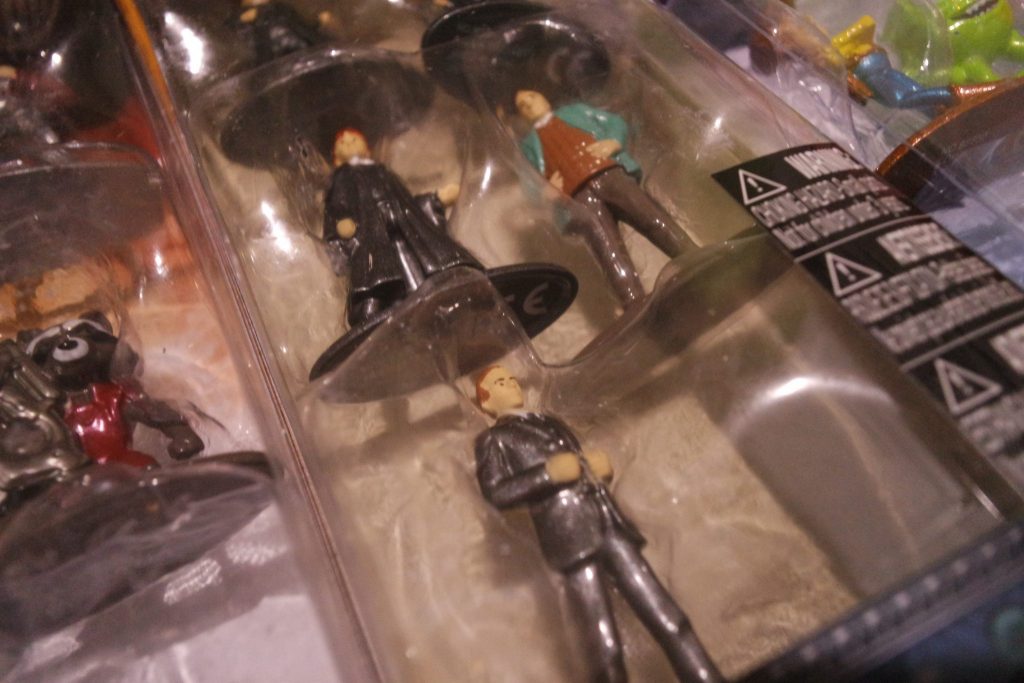 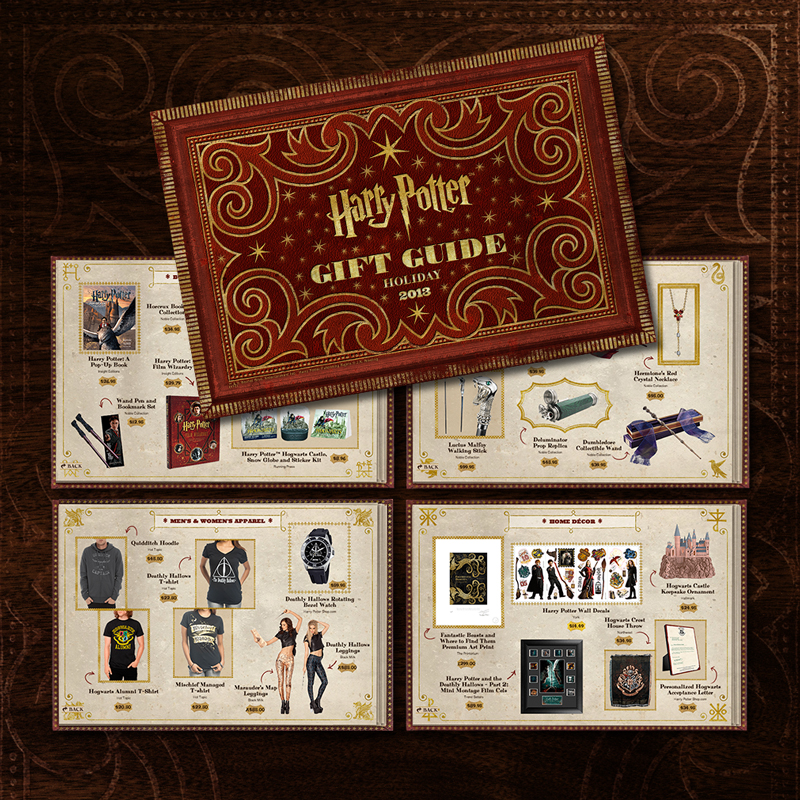 Just in time for the holiday season, Warner Bros. Consumer Products (WBCP) announced the return of the Harry Potter Gift Guide, the intricately designed digital catalog featuring Harry Potter products for wizards and Muggles of all ages.  The catalog is now available at www.harrypotter.com/giftguide as well as on the official Harry Potter Facebook page, www.facebook.com/HarryPotterMovie.

Bringing together a collection of products from a host of renowned licensees, including The Noble Collection, MinaLima, Insight Editions, Rubie’s Costume Co., Bioworld, Elope, Hallmark, and more, the Harry Potter Gift Guide offers shoppers the chance to find the perfect gift for their favorite witches and wizards in one place.   Harry Potter-inspired products ranging from wizard wear and accessories, to collectibles and home décor, are all available at the click of a mouse, with each product image functioning as an intuitive hyperlink that directs users to the purchase point.

This year’s catalog offers a host of new items, including the Harry Potter Remote Control Wand from The Noble Collection, which allows the user to magically control any IR device with the flick of the wrist.  Also newly available is the United States Postal Service Harry Potter Limited-Edition Forever stamp collection – perfect for stocking stuffers and for all those looking to send their holiday cards the Muggle way.  Leggings from boutique fashion label Black Milk, fresh Hot Topic-exclusive apparel from Bioworld, a limited-edition Hogwarts castle ornament from Hallmark and more can also be found within the guide.

The Harry Potter Gift Guide was designed by MinaLima, the creative team behind the graphic design aesthetics of the Harry Potter films, including the Marauder’s Map, the Daily Prophet, and The Quibbler. MinaLima, now also a licensee of Warner Bros. Consumer Products as The Printorium, is also featured in the catalog with their fine art print of Fantastic Beasts and Where to Find Them.
Giveaway

How would you like to win a Harry Potter Gift Bag for yourself or for your family filled Harry Potter goodies ($60 value)? All you need to do is fill out the below form to be entered.  The contest will run for one week and will end on October 19, 2012.