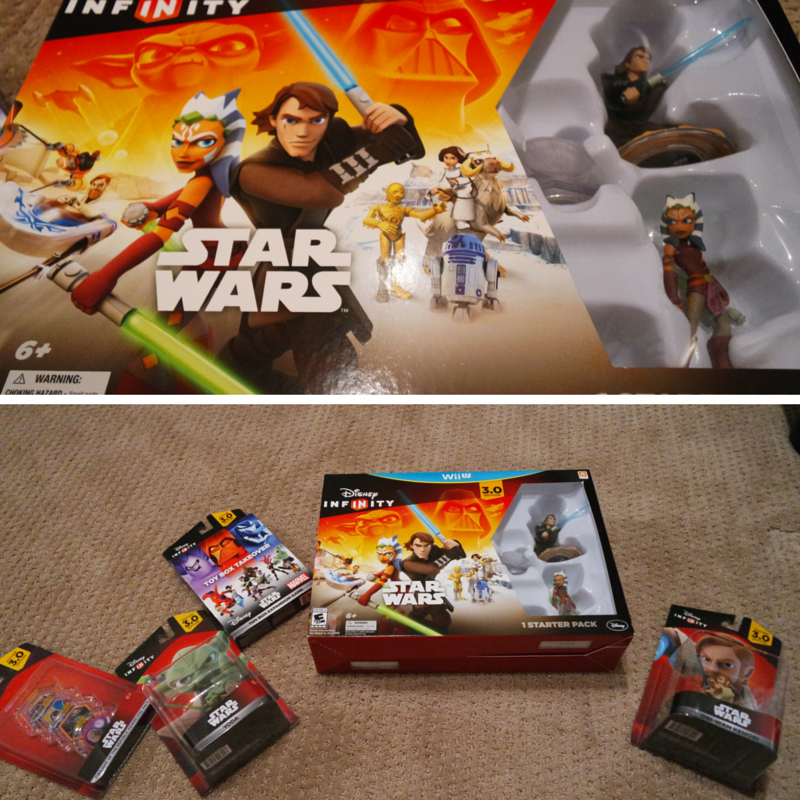 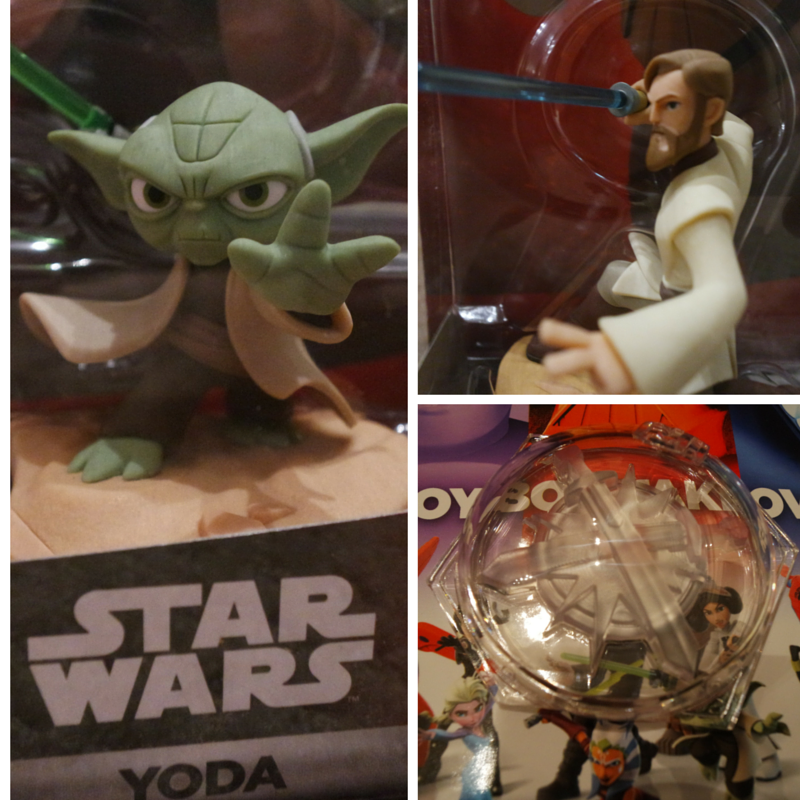 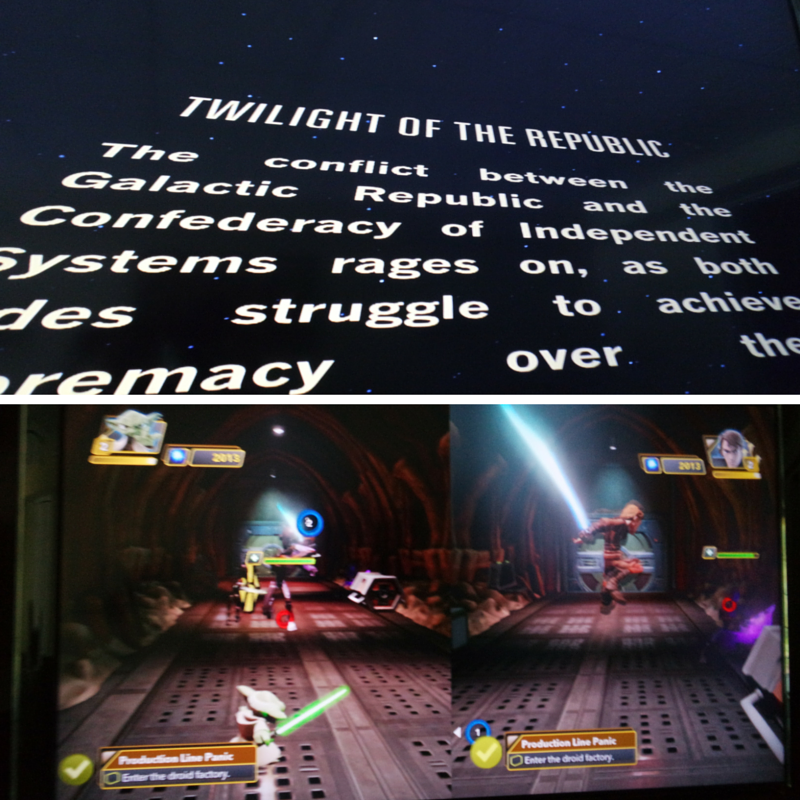 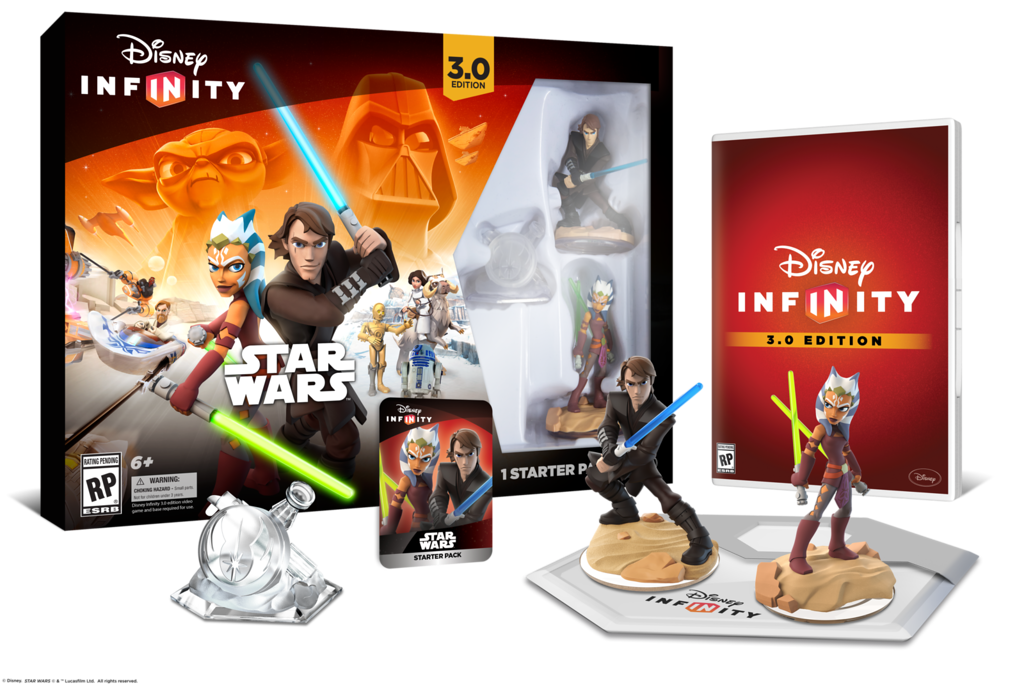 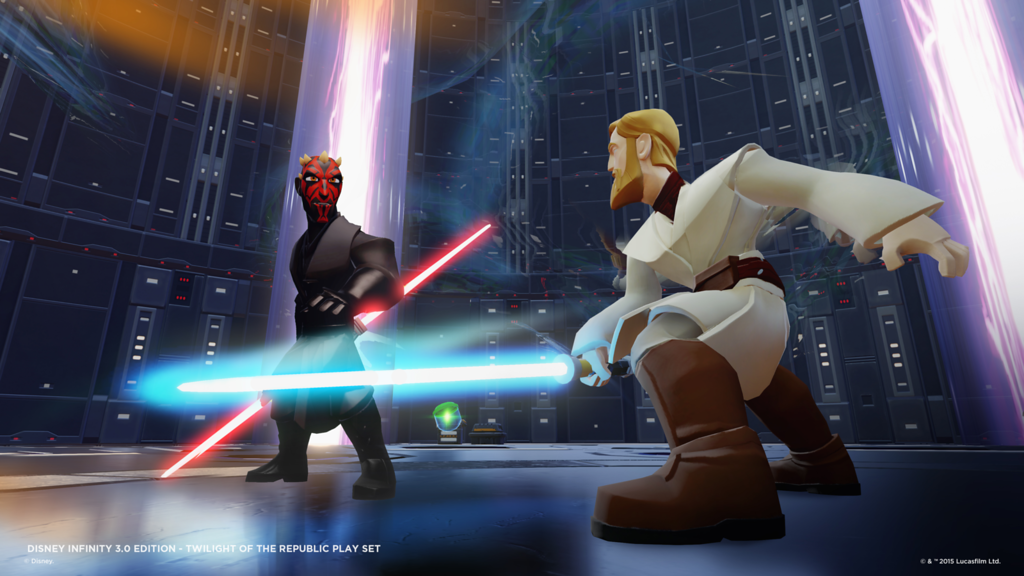 “Disney Infinity is the only game where fans can play with Disney, Pixar, Marvel and Star Wars characters together in one experience,” said James Pitaro, President, Disney Interactive.  “We worked closely with Lucasfilm to deliver an authentic Star Wars game experience, featuring some of the most iconic stories and characters from the past, present and future.”

Each of the Star Wars Play Sets offers distinct experiences, with varied gameplay, environments and characters.  The Star Wars™: Twilight of the Republic Play Set takes place in the height of the Jedi’s powers, where players will use the Force™ and Lightsabers™ in epic battles and master their combat skills alongside Ahsoka Tano, Anakin Skywalker, Obi-Wan Kenobi, Yoda and Darth Maul.  The Star Wars™: Rise Against the Empire Play Set will take players on galaxy-spanning missions with Luke Skywalker, Princess Leia Organa, Han Solo, Chewbacca and Darth Vader, piloting X-wing fighters or theMillennium Falcon to fight stormtroopers, or exploring and partaking in land-based missions on planets like Tatooine, Hoth, and Endor.  Additionally, fans will have the unique opportunity to play with all of the Star Wars characters in all of the Star Wars Play Sets. 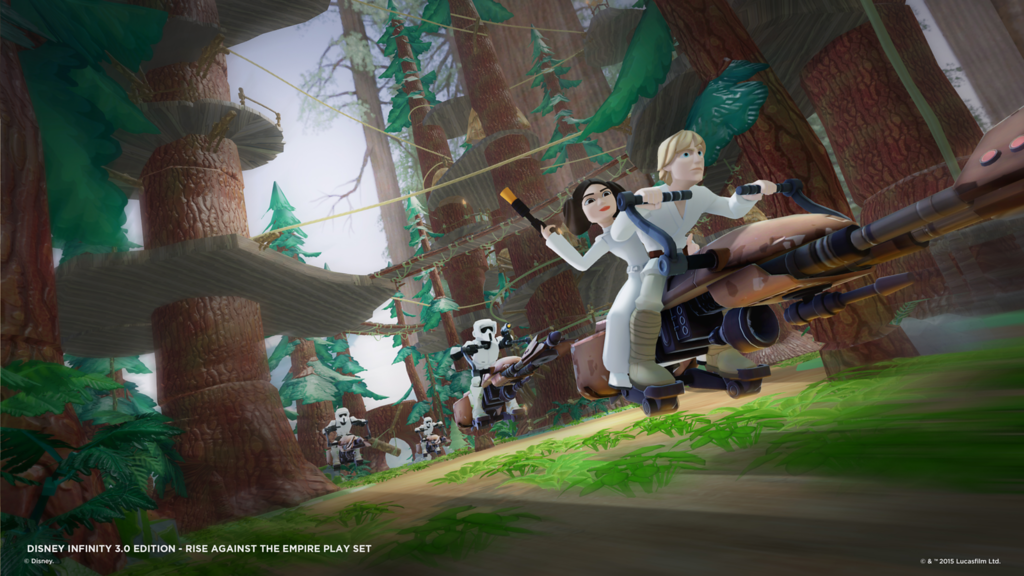 “Star Wars is a cross-generational franchise, and Disney Infinity 3.0 Edition creates an incredible opportunity for families and fans to relive their favorite Star Wars moments,” said John Blackburn, Senior Vice President and General Manager of Disney Infinity.  “With the addition of Star Wars, Inside Out and new Disney and Marvel characters, Disney Infinity 3.0 Edition will be the most ambitious and diverse offering yet and also the most accessible, with a lower suggested retail price for this year’s Starter Pack.”

Disney Infinity 3.0 Edition will also introduce an all-new, 3-D Toy Box Hub that will make it easier for players to choose from a wider selection of gameplay experiences – including platform, racing, and farming simulation games.  Two new multiplayer Toy Box Expansion Games will bring action-adventure gameplay in Toy Box Takeover and kart racing in Toy Box Speedway, where kids and families can play with popular Disney, Disney•Pixar, Marvel and Star Wars characters together in a structured setting. 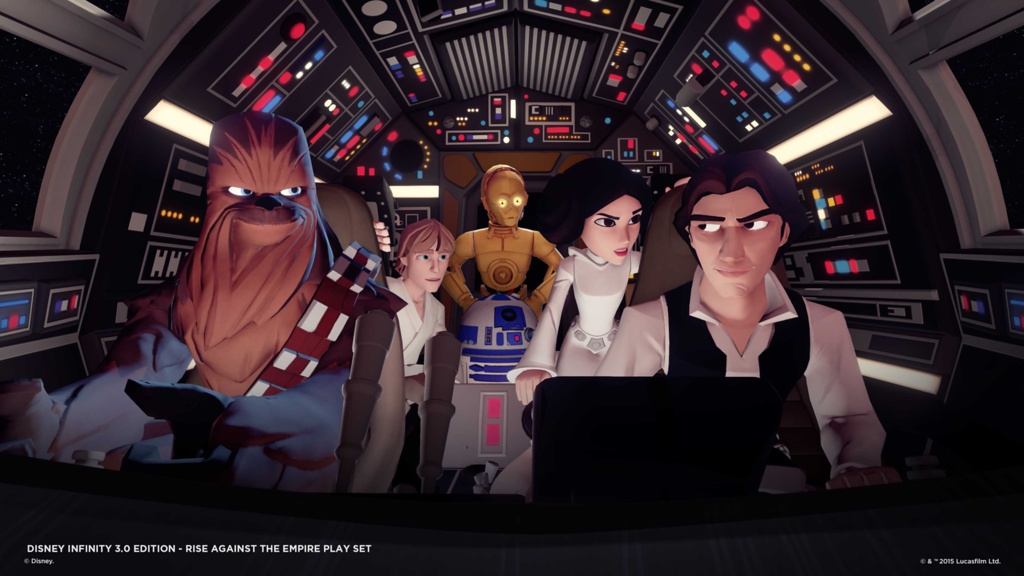