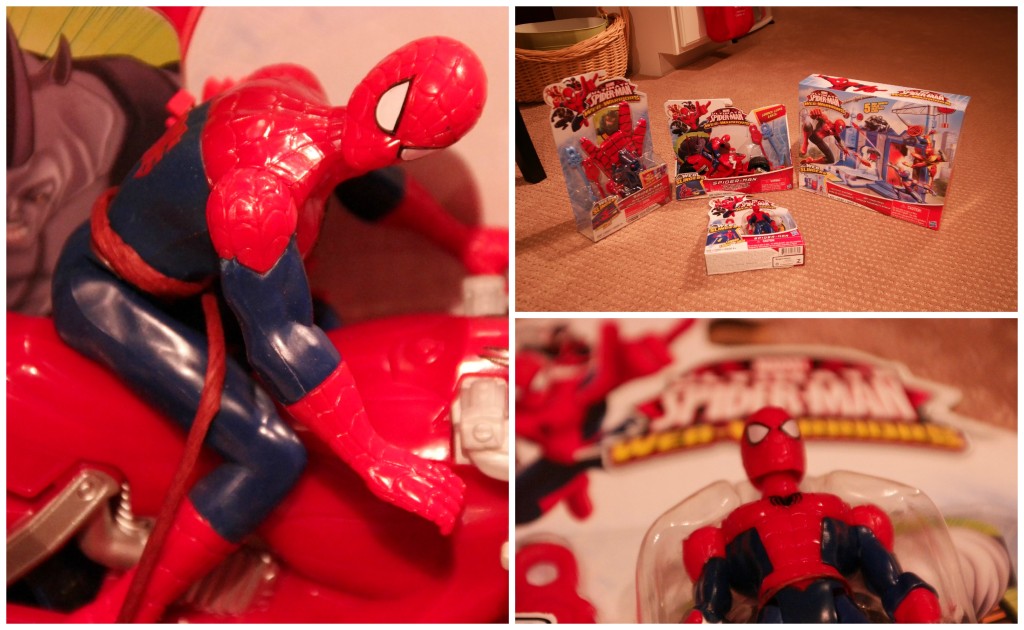 I am a HUGE superhero fan and on top of that my favorite of all time growing up and now is Spider-man. Whether it has to do with the fact that growing up I always felt a bit like the geek that Peter Parker was, or if in the bottom of my heart I too wanted to have the mutant spider bite me to get powers and save the world, I don’t know. However, this love for the comic, the artistry, the adventure and more has not waned over time and in fact, I have tried to pass this on to my own girls.

That being said I was very excited to receive a box from HASBRO toys the other day and inside it was an awesome surprise, as it was a box filled with cool Spider-Man toys! Below is a video of the unboxing of the toys!

In trying the toys out with my daughters I have to say that they are well built. I cannot say that the Spider Man Glove fit me very well (but it wasn’t supposed to – darn!). However the play-sets and characters were a ton of fun and my youngest really got into playing with these a lot more than I thought she would. She actually had Spider-Man hanging out with her Barbie dolls. Yes, I tried to video or take pictures, but I was banned from doing so unfortunately (as she is at that age I guess).

I love that HASBRO toys always seems to be at the forefront of superhero toys. It seems that every time that a new movie comes out or anything else new in the Marvel Universe explodes they are there and I for one am so happy that they are (See my post on the Guardians of the Galaxy Toys I tried out from them too). I say this not only for myself, but also for the new generation of kids out there who can let their imaginations soar and allow themselves the ability to see themselves as the hero, at least for the time being!