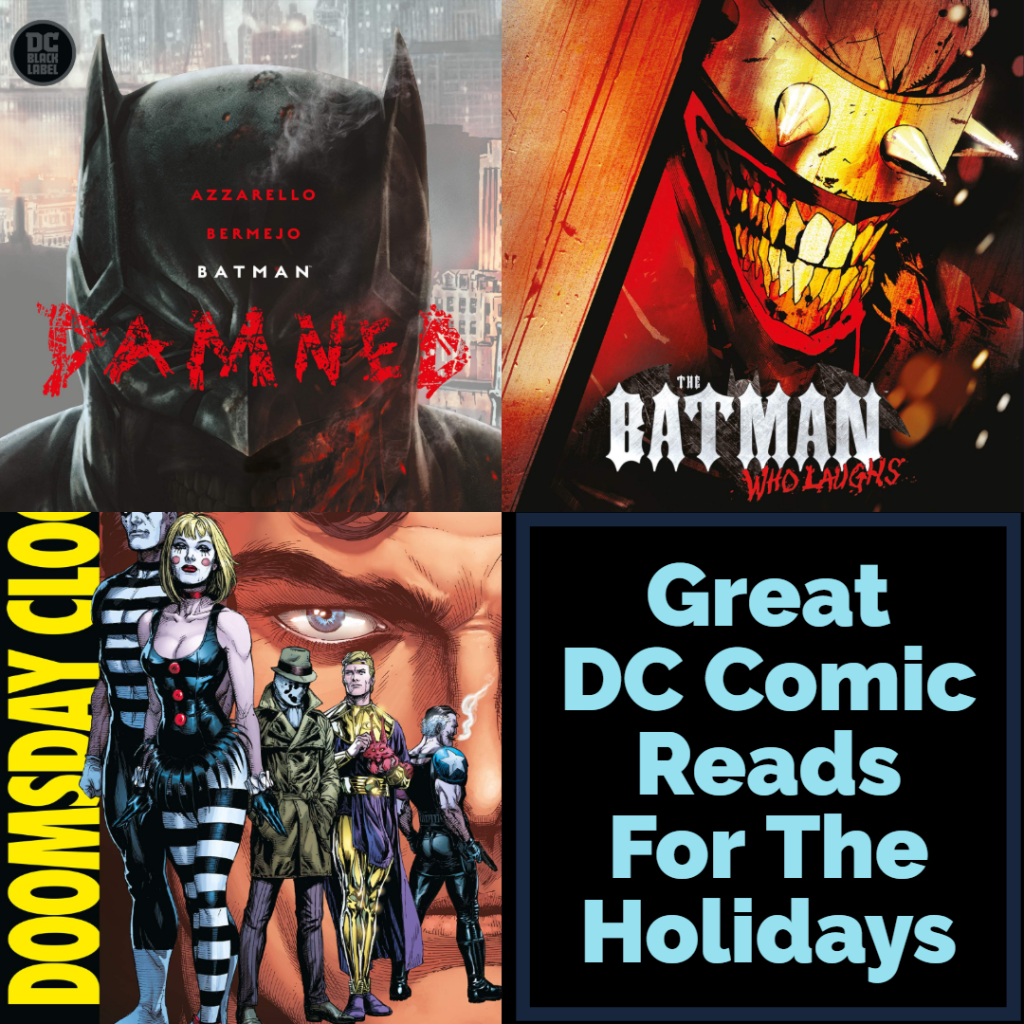 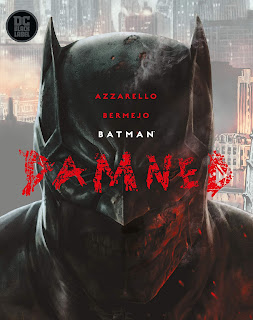 The Joker has been murdered. His killer is a mystery. Batman is the World’s Greatest Detective. But what happens when the person he is searching for is the man staring back at him in the mirror?

THE JOKER IS DEAD.

There is no doubt about that. But whether Batman finally snapped his scrawny neck or some other sinister force in Gotham City did the deed is still a mystery.

Problem is, Batman can’t remember…and the more he digs into this labyrinthine case, the more he starts to doubt everything he’s uncovering.

So who better to set him straight than…John Constantine?

The problem with that is as much as John loves a good mystery, he loves messing with people’s heads even more. So with John’s “help,” the pair will delve into the sordid underbelly of Gotham as they race toward the mind-blowing truth of who murdered the Joker.

This hardcover volume collects Batman: Damned #1-3 and features a behind-the-scenes extras gallery with an afterword by Brian Azzarello.

This is a story that was raw, full of grit and power. This book has a ton of substance throughout the entire book. The book itself is amazing full of a great story, great illustrations and more. This is definitely a dark book, but it is also an indication of where the story of Batman is going. The book itself really looks at Bruce Wayne and Batman. You need to take time with this book and really explore all of the intricacies of the man who is the bat. It is a dark book that for some may be too dark, but I will say that it is an amazing book that makes you think about Batman in a new way! This book opens the door to the future that is coming for Batman, so strap up and get ready for a powerful read!

The Batman Who Laughs 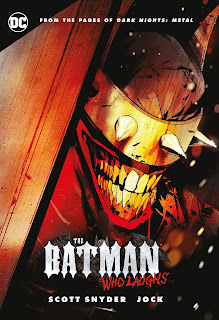 Half Batman. Half Joker. Combining everything that makes the Caped Crusader a hero and the Clown Prince a killer, the Batman Who Laughs is the Dark Multiverse’s deadliest criminal mastermind. Now he’s come to Gotham to turn Bruce Wayne’s home into an incubator for evil.

And he hasn’t come alone. Emerging from another of the Dark Multiverse’s myriad realities comes the Grim Knight. This vicious vigilante will use any weapon at his disposal to ensure those he has marked for death stay down.

A war like no other–a war of the Batmen–has begun. As Batman’s closest friends, deadliest enemies, and doppelg&aauml;ngers from across the Multiverse get caught in the crossfire, only one question remains: Who will have the last laugh?

Discover the answer in The Batman Who Laughs–a terrifying reimagining of one of comics’ greatest heroes–and villains–from the premier Batman writer of our time!

Collects the full seven-issue miniseries and the one-shot special issue The Batman Who Laughs: The Grim Knight.

My Take on the Book
This was a great Batman book. It is dark, with great illustrations and a plot that keeps you guessing until the end. The end is a bit of a twist but it leaves you wanting more! If you are a fan of Batman this is an amazing book you will not want to miss! The book was full of action, suspense and more! Get ready for a thrill ride from beginning to end! 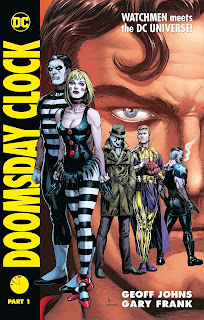 The world of Watchmen collides with the DC Universe in the most shocking story in DC history! Written by master storytellers Geoff Johns and Gary Frank–As the Doomsday Clock ticks toward midnight, the DC Universe will encounter with its greatest threat: Dr. Manhattan. But nothing is hidden from Manhattan, and the secrets of the past, present and future will leave ramifications on our heroes lives forever.

NOTHING EVER REALLY ENDS…

The world of Watchmen collides with the DC Universe! Doomsday Clock, from Geoff Johns and Gary Frank, the critically acclaimed team behind Shazam! and Batman: Earth One.

Seven years after the events of?Watchmen, Adrian?Veidt?has been exposed as the murderer of millions. Now a fugitive, he has come up with a new plan to?redeem himself in the eyes of?the world. The first step??Finding?Dr. Manhattan.?Alongside a new Rorschach and the?never-before-seen?Mime and Marionette, he?follows Manhattan’s trail to?the DC Universe, which is?on the brink of collapse?as?international tensions push the “doomsday clock”?ever closer to midnight. Is this all?Dr. Manhattan’s?doing?

I had never read any of the Watchmen series of books before but this was a great start, and I will definitely be looking to read more in the future. The author has done a great job at pulling together a compelling story that will keep you on the edge of your seat from beginning to end. The writing in this book was strong and compelling and the story is one that continues to draw you in from beginning to end. I was glad that this book was a stand alone book that did not require that I had read anything about the Watchmen in the past. It is a book that keeps on giving from start to finish and by the end you may just find yourself wanting to read this again.