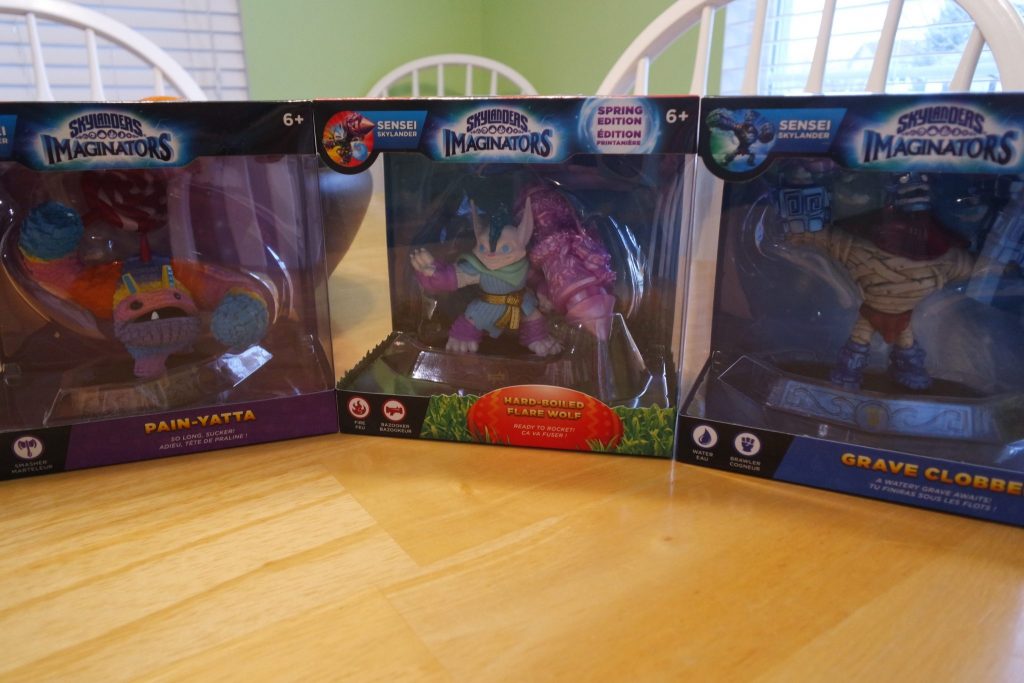 Just in time for Easter, Skylanders Imaginators has come out with some amazing new characters that you will simply love. These Skylanders characters go so well with Easter. Not only do you find them in pastels that go well with the holiday but you also will find that they are also great additions to the Skylanders universe too. 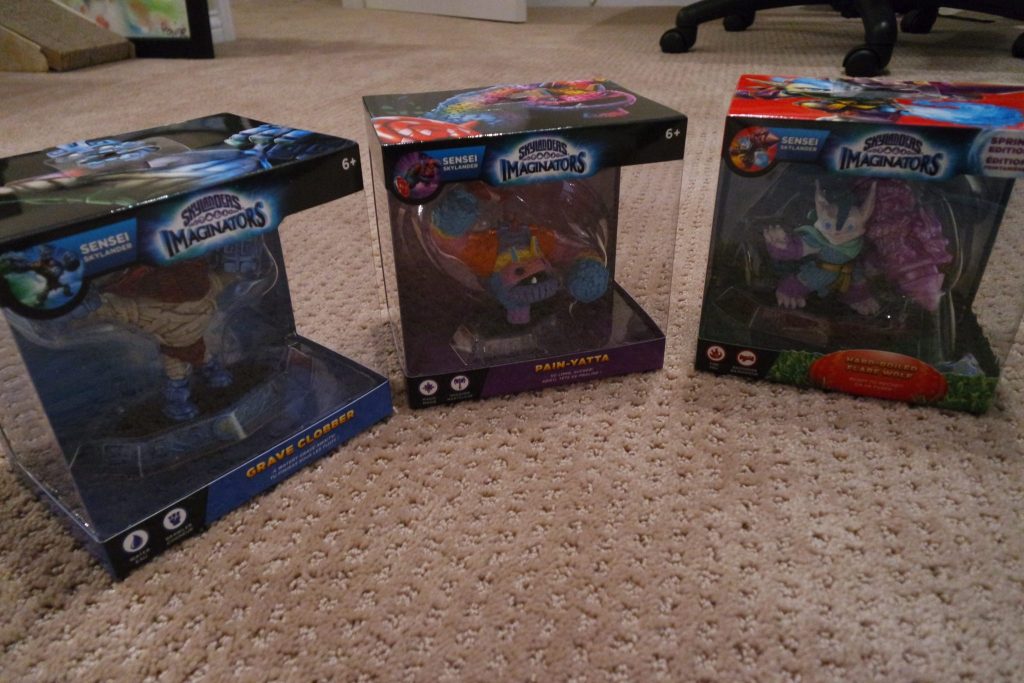 So your Easter baskets are going to become a lot more powerful with these new Sensei for Skylanders Imaginators that are not only in fun bright colors that are perfect for the holiday, but a great addition to the new game. Activision sent us the newest Imaginators releases – Pain-Yatta, Grave Clobber and an Easter Exclusive Egg Bomber Air Strike. All of the new characters open new levels for your characters in your Imaginator games, and bring in new skills you can learn as you go.

We have loved using the new characters with their new abilities and incorporating them into the Skylanders universe. Check out the new character’s back stories and what they can do to add to your game! 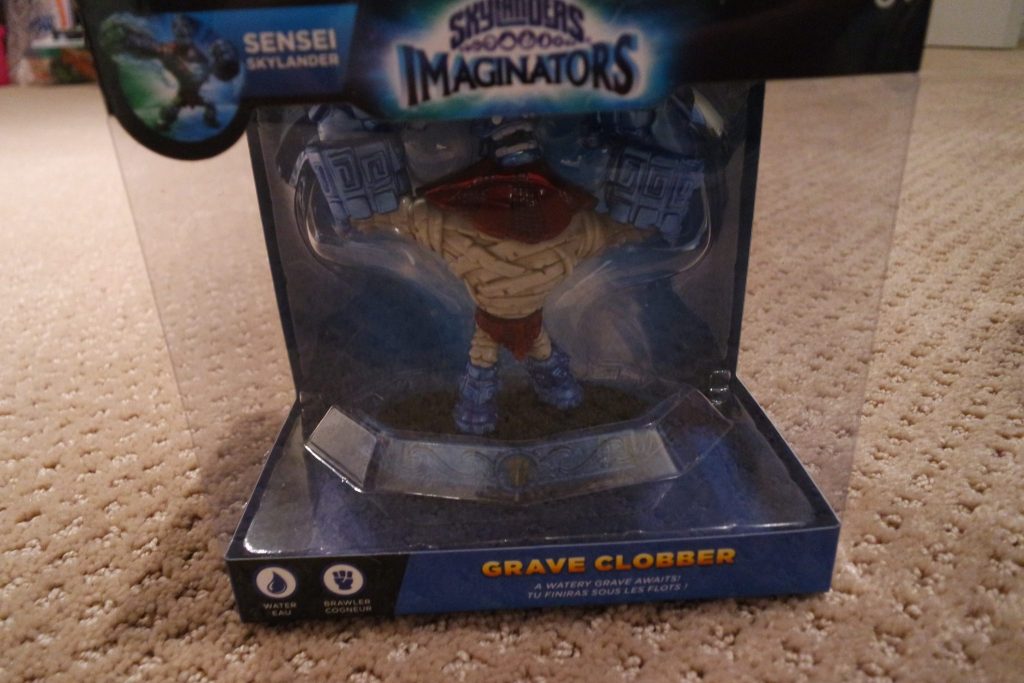 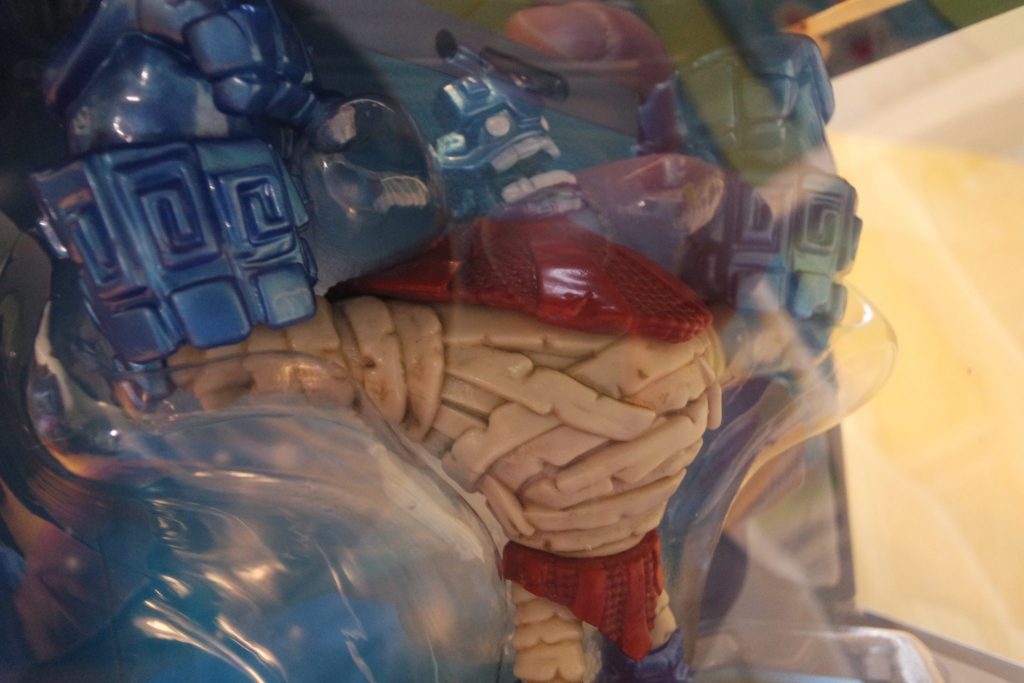 Grave Clobber was once a great pharaoh who ruled the Golden Desert long ago. That was until his seven jealous brothers buried him in an underwater tomb while he was sleeping. But the remaining brothers still fought among themselves, and their infighting ultimately led to their kingdom falling apart and the family name being lost forever… almost. Because Grave Clobber eventually rose from his watery grave, and when he discovered what his brothers had done to their kingdom, he hunted each of them down and clobbered them. This was how he came to the attention of the Golden Queen, who now ruled the desert herself. She recruited Grave Clobber into her gang of Doom Raiders, but when the Skylanders defeated them once and for all, Master Eon thought that perhaps there was more to this mummy than meets the eye. He gave the old pharaoh a chance for redemption, and since nobody clobbered better than Grave Clobber, he was the perfect choice to be a Sensei trainer for the Brawler Class. 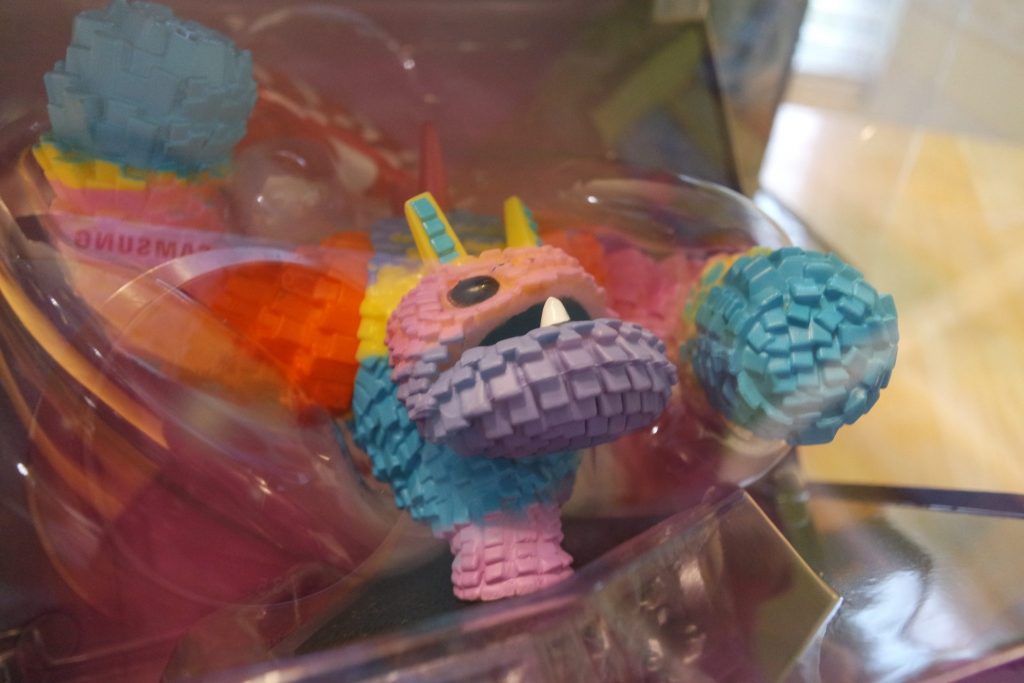 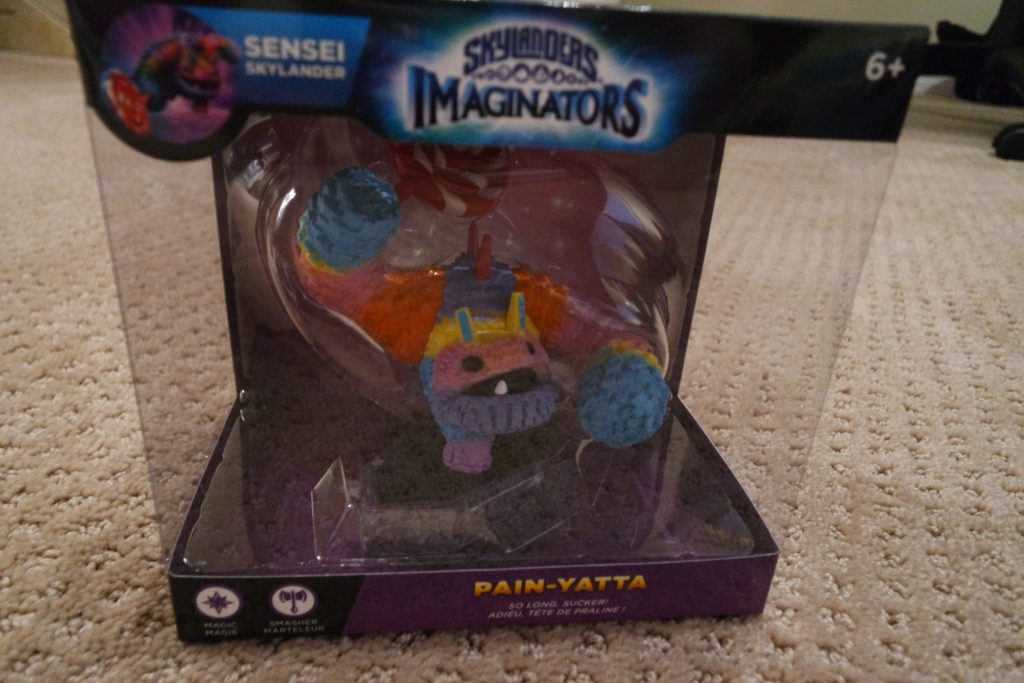 Growing up, Pain-Yatta’s best friend was the legendary Unocorn, a unicorn with a churro-horn that sprinkles magical cinnamon from time to time. While the cinnamon donuts for breakfast were incredible, being so sweet and delicious made them both easy targets for those looking for yummy treats. But Pain-Yatta had no problem protecting the both of them with his giant sucker! One day, however, the Unocorn went missing, and Pain-Yatta was beside himself. He tried desperately to find his buddy, but to no avail. That’s when the Doom Raiders tricked him into thinking that the Skylanders were behind it all, and Pain-Yatta fell for it hook, line and sinker. He joined up with the band of villains and ventured out to get revenge on the Skylanders, but was eventually captured by the Trap Masters. Master Eon explained that the Skylanders had nothing to do with the Unocorn’s disappearance and said he would help Pain-Yatta find his friend, if he became a Skylander Sensei and trained new Imaginators in the ways of smashing! Pain-Yatta agreed and the search for the missing Unocorn continues. 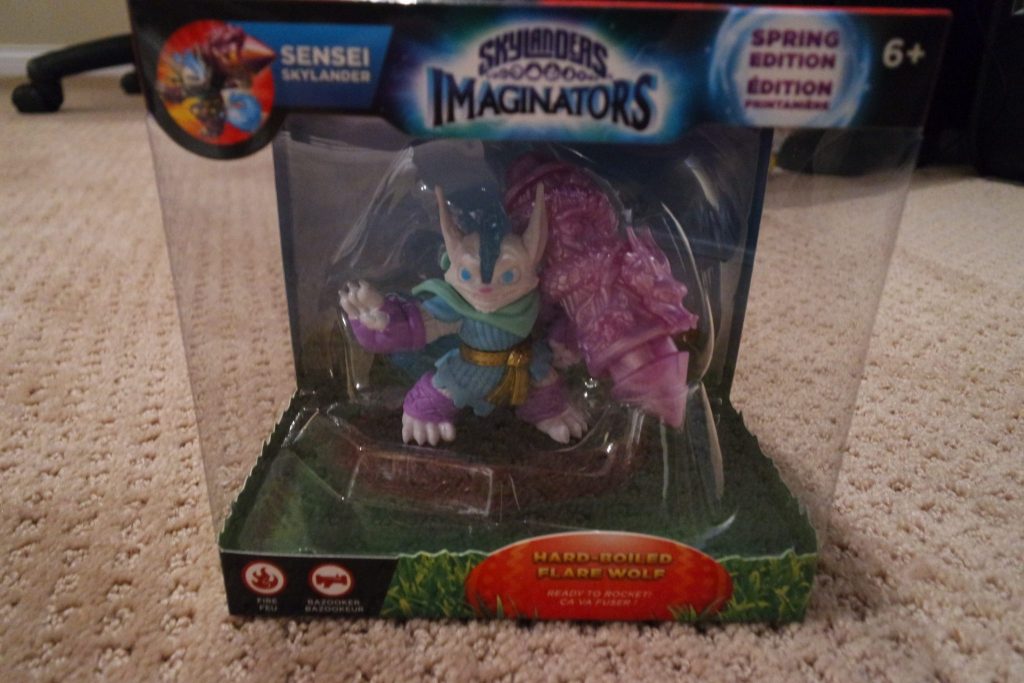 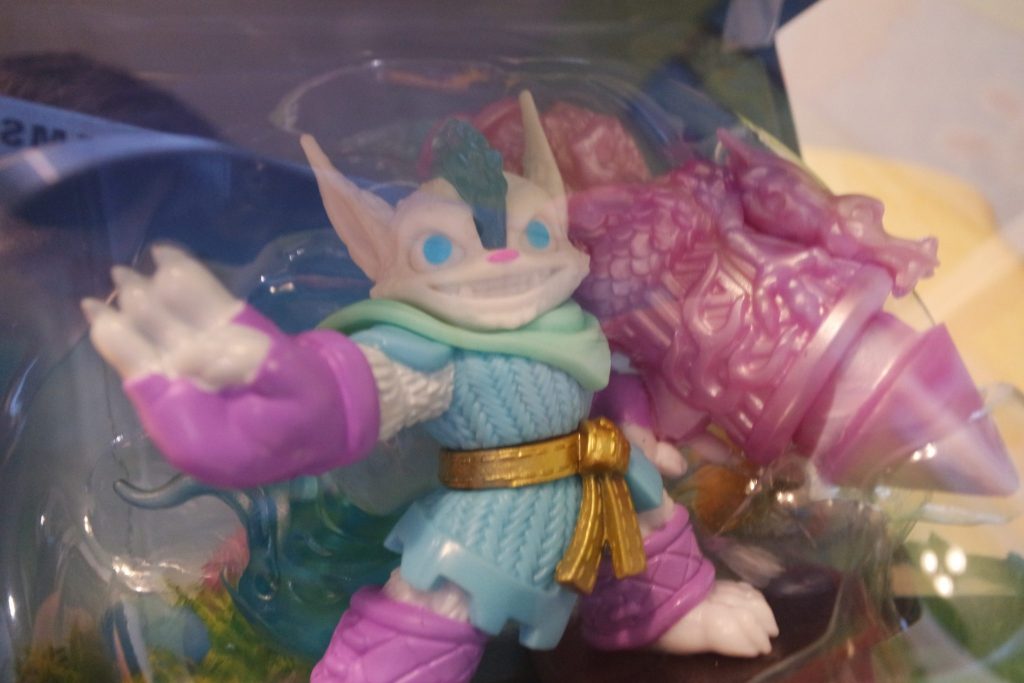 Kaos has discovered the ancient power of Mind Magic and is using it to create an unstoppable army of Doomlanders! Eon is calling upon all Portal Masters and Skylands’ greatest mystic warriors, the Senseis, to stop Kaos and his minions. Now, you must use the power of your imagination to create your own Skylanders to battle in the ultimate adventure alongside the almighty Senseis to save Skylands.
When Flare Wolf was young, he worked all summer to earn the coveted Fireworks Badge from the Wolf Scouts. In doing so, he had earned the right to light the fireworks in the annual St. Wigglewort’s Day celebration an honor of which Flare Wolf was extremely proud. But on the day of the celebration, a band of evil Ice Ogres attacked his village and took the entire community hostage! The only weapons at his disposal were the town’s supply of fireworks they were saving for the evening festivities. One by one, Flare Wolf lit them in the center of the Ogre camp, launching a dazzling display of pyrotechnics that sent the Ogres running. Not only had Flare Wolf saved his village, he had also given its residents the most spectacular fireworks show they had seen in over 100 years! Even Master Eon was impressed, and offered Flare Wolf a position at the Academy as the Official Fireworks Launcher. But after seeing him in action, he quickly realized that Flare Wolf had much more to offer as a Sensei!