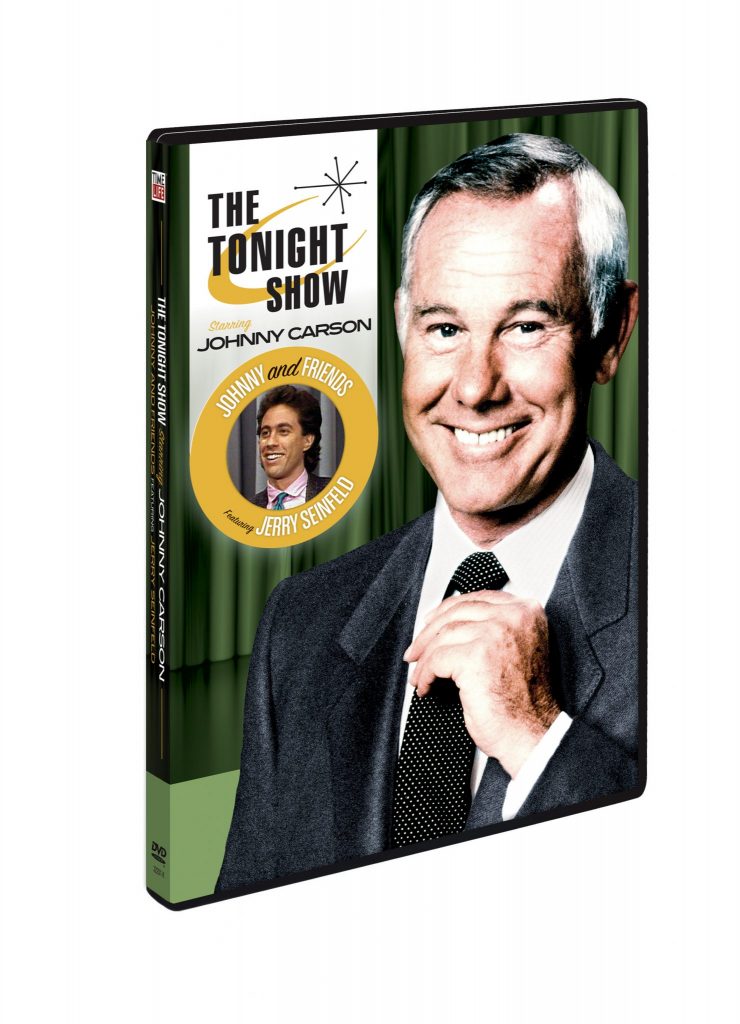 THIS JANUARY, TIME LIFE DELIVERS THE BEST OF LATE NIGHT

WITH THE NEW-TO-RETAIL DVD SERIES, “JOHNNY AND FRIENDS”

The Original King of Late Night is back and better than ever with a new-to-retail DVD series, THE TONIGHT SHOW STARRING JOHNNY CARSON: JOHNNY AND FRIENDS.  Featuring the very best episodes from the ‘70s, ‘80s and ‘90s, the series will include some of the best loved guests from The Tonight Show. Each DVD features full episodes – including original commercials – that showcase an amazing talent and true American icon who, across 30 years and 4,000 shows, paved the way for a late night TV revolution in memorable fashion.

The inaugural release, THE TONIGHT SHOW STARRING JOHNNY CARSON: JOHNNY AND FRIENDS FEATURING JERRY SEINFELD, contains three complete episodes starring the inimitable comedian before his eponymous sitcom re-wrote TV history.  After his first appearance (May 6, 1981), Carson was impressed and Seinfeld became a frequent guest on The Tonight Show. In 1989, Seinfeld debuted on NBC, and by its fourth season, it had become the most popular and successful sitcom on American television.  However, this JOHNNY AND FRIENDS release features   pre-Seinfeld episodes, allowing home audiences to watch the evolution of the iconic comedian.

How would you like to win this for yourself or for your family? All you need to do is the following: