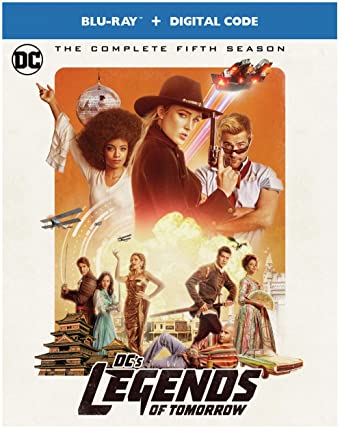 To make matters worse, Sara’s Timeship has been turned into a Noah’s Ark for various unruly monsters and magical creatures. Oh, and Ava’s Time Bureau was taken over by an evil Fairy Godmother. To defeat Neron, the Legends realize in the end that they will have to sacrifice one of their own. But it gets way worse…

In attempting to change her future, Zari Tomaz (Tala Ashe) will accidentally change not just the past she shared with Nate Heywood (Nick Zano), but fundamentally change who the Legends are in season five. Can our team go back to who they were next season? Can a reformed arsonist turned romance novelist Mick Rory (Dominic Purcell), a half-werewolf named Mona Wu (Ramona Young), and a punk rocker shapeshifter named Charlie (Maisie Richardson-Sellers) stop the literal Hell that Astra unleashes on the world in the finale? And what happens when the Legends awaken the original guardians of Time (no, not the Time Masters, sillies, that was season one!) who wish to erase everything the Legends have “screwed up for the better” over the past four seasons?