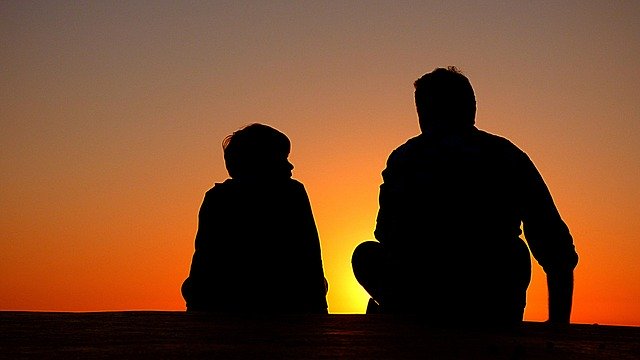 For some reason, the role of dads in parenting has been placed second to that of mothers. However, data-driven science has proven that fathers are as important as mothers when it comes to raising kids. According to several studies, including the publication, Life Without Father, by David Popenoe, dads or father figures are very important in healthy child development. Kids who have involved, loving fathers tend to reap tons of benefits from the relationship, including social, economic, and academic success. However, as a father, you need to understand that showing up is only half the battle. Apart from showing up, attending recitals, and taking them out, you also need to be actively involved in your little one’s life. As a result, your relationship with your child will help them enjoy the following benefits.

Children with involved fathers do better in school and score higher on IQ tests. This can be observed right from infancy. According to a 1991 study, infants whose dads were involved when they were as young as a month old had higher cognitive scores at age one. The same was reported for preterm babies at 36 months. Another study from the University of Pennsylvania indicated kids who had good relationships with their fathers were twice as likely to enter college.

This higher IQ capability has been attributed to the way fathers interact with their children, especially roughhousing, which teaches kids to think on their own. Additionally, since fathers don’t spend much time with their kids, they are usually not aware of their child’s verbal development. They will, therefore, unlike mothers, who will stick to the words their child knows, speak unfamiliar words. This, in turn, teaches the young one new vocabulary and concepts, which plays a crucial role in enhancing their intellect.

The habits that fathers can provide include simple things such as clipping coupons, saving money, responsible spending, and when age-appropriate, investing using available investment tools such as Finviz or other money management apps and websites.

Fathers play a key role in shaping their children’s financial life, according to CNBC. They do this in two ways. One, they provide financial support at home. Kids from households with fathers or father figures are less likely to be poor, according to a report by the US Department of Health. Two, dads teach their kids good financial habits that are instrumental in achieving financial success.

A paternal presence encourages children to have healthy social development. Kids with estranged fathers have a harder time making friends and are less popular in school as per the book, Do Father’s Matter. This is because children lean on their dads when it comes to developing social skills. They learn to respect sexes by seeing how you interact with their mother. Additionally, kids with involved dads are more empathic, compassionate, and have higher emotional IQ.

A paternal presence introduces a much needed and different style of parenting. Moms and dads have very different parenting skills. Kids need parenting differences to develop properly. Mothers tend to focus on a child’s safety and well-being. Dads, on the other hand, encourage risk-taking. They provide a much-needed versatility in social experiences. They play rougher and slower to respond to a child experiencing frustration, which consequently teaches them independence, not to mention problem-solving skills.

They can be better at teaching some things like swimming, thanks to the fact that they are less overprotective than mothers. While mothers emphasize equity, dads encourage healthy competition, which helps the kids grow. Dads foster independence and prepare kids for the challenges of life. They teach justice, duty, discipline, and objectivity. All these things help kids deal with the frustrations of everyday life as they grow.

A study carried out by researchers from the University of Pennsylvania revealed that a good father-child relationship reduces teenage pregnancies by 75%. If you are involved with your child, you are much more likely to know who they are interacting with, maybe what they are up to as well. They might also be more open to speak about their relationships with you and come to you for advice. Dads can help their daughters take fewer sexual risks by being present.

A survey by the Department of Justice also indicated that kids with dads are less likely to wind up in jail. The same survey showed that more than half of the 14,000 participants were from single mom households. These studies prove that dads have an enormous influence on shaping their kids’ moral behavior. They are supposed to play a key role in teaching the consequences of doing good and bad. They should also provide protection and teach their kids a sense of self-worth and importance by treating them like they are invaluable.

Important Things to Note as You Interact With Your Child

Other benefits of a warm and loving paternal presence include the ability to use humor, better adjustment to life, and a greater capability to enjoy life and be present. It is, however, crucial to note that while spending time with your child is essential, the quality of the time you spend together is more important than the amount of time you do. Also, if you cannot be physically present, make a point of writing letters or calling your kids so that they can still feel your involvement in their lives.