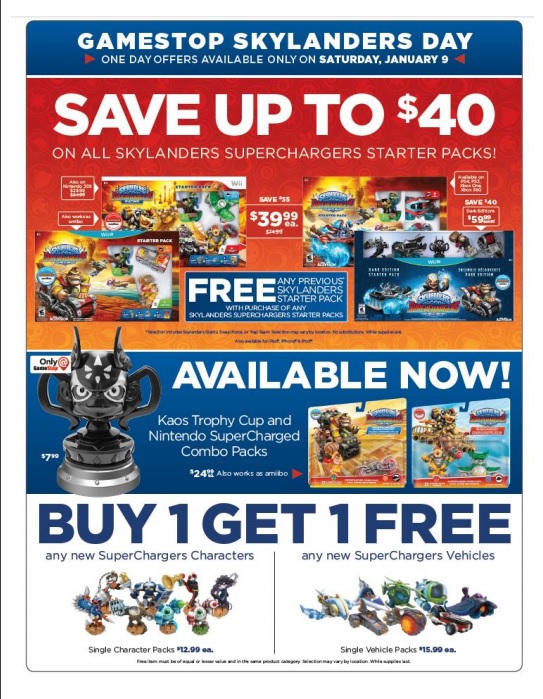 Bringing in the new year with a bang  kicks off 2016 with an exclusive “Skylanders Day” deal at Game Stop. This Saturday, January 9th at participating Game Stop locations nationwide, Portal Masters can take advantage of some amazing BOGO deals. Pick up a Skylanders SuperChargers starter pack for only $39.99 or $59.99 for the Dark Edition, and receive an additional Skylanders starter pack from a previous game (, , and ) for FREE! The promotion further extends with BOGO deals on Skylanders SuperChargers characters and vehicles. 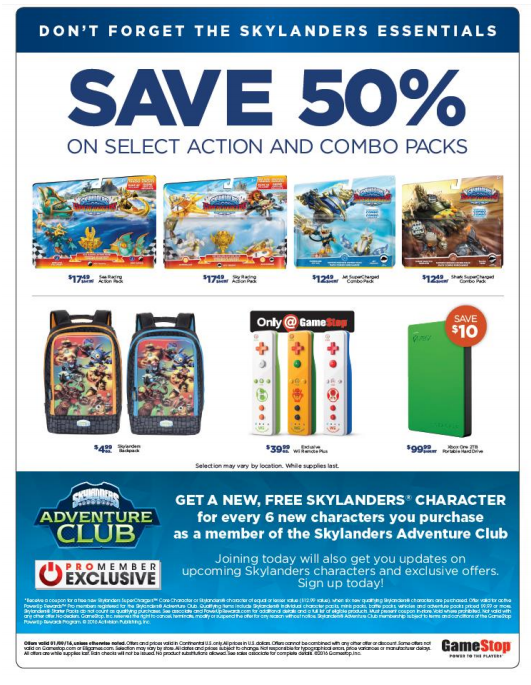 Also, currently on store shelves, Skylanders SuperChargers introduces Birthday Bash Big Bubble Pop Fizz! It is customary tradition at the Skylanders Academy for all of the Skylanders to gather around and sing the birthday song to the guest of honor. For fun, any Skylanders that arrives late must sing the birthday song solo in front of the entire Academy. But rather than seeing this as an embarrassment, Pop Fizz continues to see this as an opportunity to show off his new Big Bubble party instruments, and so he arrives late every time!