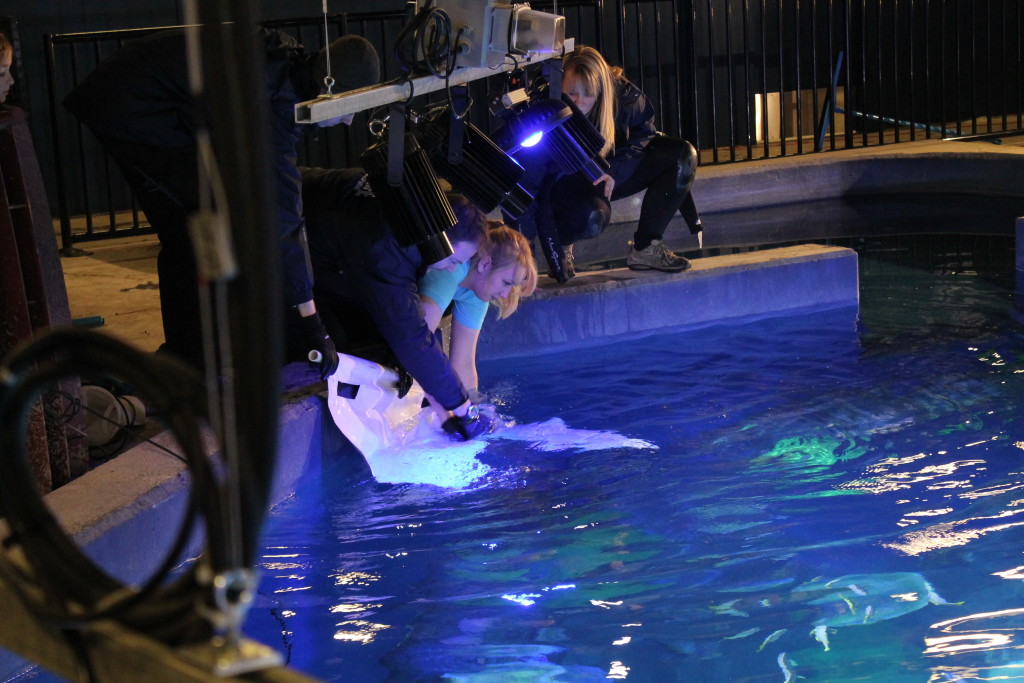 Just recently, SEA LIFE Michigan Aquarium, the 35,000-square-foot aquarium in Great Lakes Crossing Outlets, welcomed one Nurse shark, three Blacknose sharks and two Bonnethead sharks to their new home, along with the enthusiastic winners of the Young Environmentalist contest—aged 8 to 12—standing by to cheer them on.

The creatures arrived in a transport truck, and after some testing and preparation, were rushed inside via stretchers by trained aquarists. The sharks were then placed into a small, connected acclimation tank before swimming off into the main ocean tank.

“Great care is taken in transporting the SEA LIFE animals,” said Curator Lucy Handel. “There is a trained crew of three in the truck checking water parameters at regular intervals, looking at ammonia levels, oxygen, temperature and pH.” 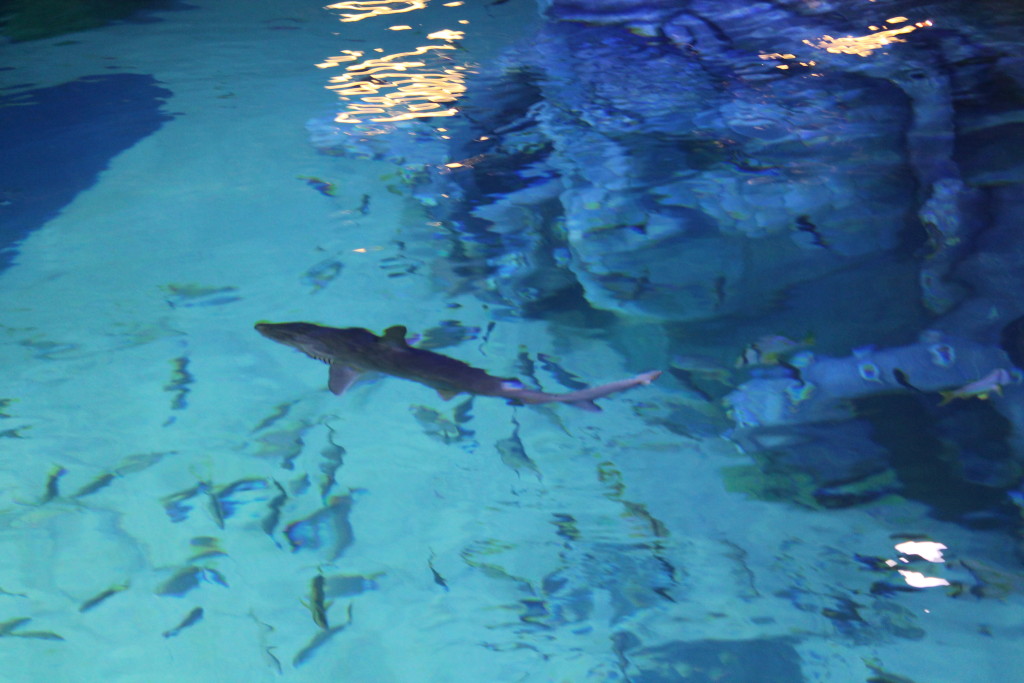 Many of the other creatures, including Moray eels, seahorses and stingray, have already been delivered to the aquarium, with the remaining inhabitants arriving within the next week, allowing them time to settle in before the attraction opens to the public at noon on Jan. 29.

SEA LIFE Michigan Aquarium will feature 22 tanks in highly themed, engaging exhibits, including a 180-degree ocean tunnel and interactive touchpools. SEA LIFE’s conservation messaging will be included throughout, inspiring guests to take an active role in protecting the world’s oceans and sea creatures.

SEA LIFE Michigan Aquarium is a 35,000-square-foot aquarium slated to open in Auburn Hills, Mich.-based Great Lakes Crossing Outlets in January 2015. As the 7th SEA LIFE location in the United States, and the 42nd in the world, SEA LIFE Michigan will feature engaging, educational and one-of-a-kind experiences that bring guests nose-to-nose with more than 5,000 amazing creatures, including sharks, stingrays, jellyfish, sea horses and much, much more. SEA LIFE provides a glimpse of the diversity of marine life while also playing an active role in animal and environmental conservation. Visitors will see strong evidence of SEA LIFE’s Breed, Rescue and Protect activities around the world, including new projects developed locally. For more information, visit www.visitsealife.com.