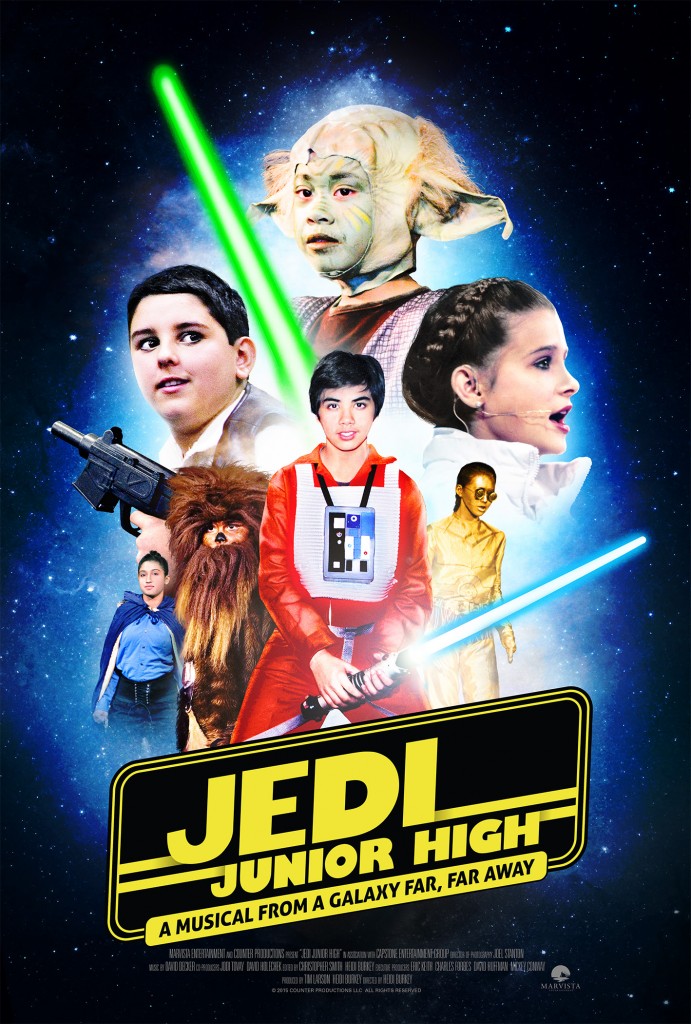 “Do or do not, there is no try” when a group of aspiring adolescent art students set out to create an unforgettable musical. Follow the cast from start to finish as they reinvent the magic of Star Wars with song and dance in Jedi Junior High, available on Digital HD and On DemandNovember 17 from MarVista Digital Entertainment. After an arduous film trip to the Democratic Republic of Congo, Director Heidi Burkey craved an artistic outlet with the simple joys in life, and jumped at the opportunity to tell the heartfelt coming-of-age story through the eyes of the relatable students. The feature was an official selection at multiple film festivals in 2014, including Sidewalk Film Festival, Philadelphia Independent Film Festival 7 and Long Beach Indie International Film Festival.

Not so long ago, in a city not too far away, the students from the Arts & Learning Children’s Conservatory in Anaheim, CA banded together to produce a live musical reinterpretation of Star Wars: Episode V – The Empire Strikes Back. The genuine documentary about growing up follows the young actors, artists and musicians, and of course a few supervising adults, as they audition, rehearse and perform their take on the classic film. There is no such thing as luck when the determined students pull off the most memorable performance of their lifetime.

The engaging documentary will be available on Amazon, Google Play, iTunes, Vimeo and VUDU, as well as On Demand with AT&T, Charter, Comcast, Cox, DirecTV, Time Warner Cable, Verizon, and Vubiquity.