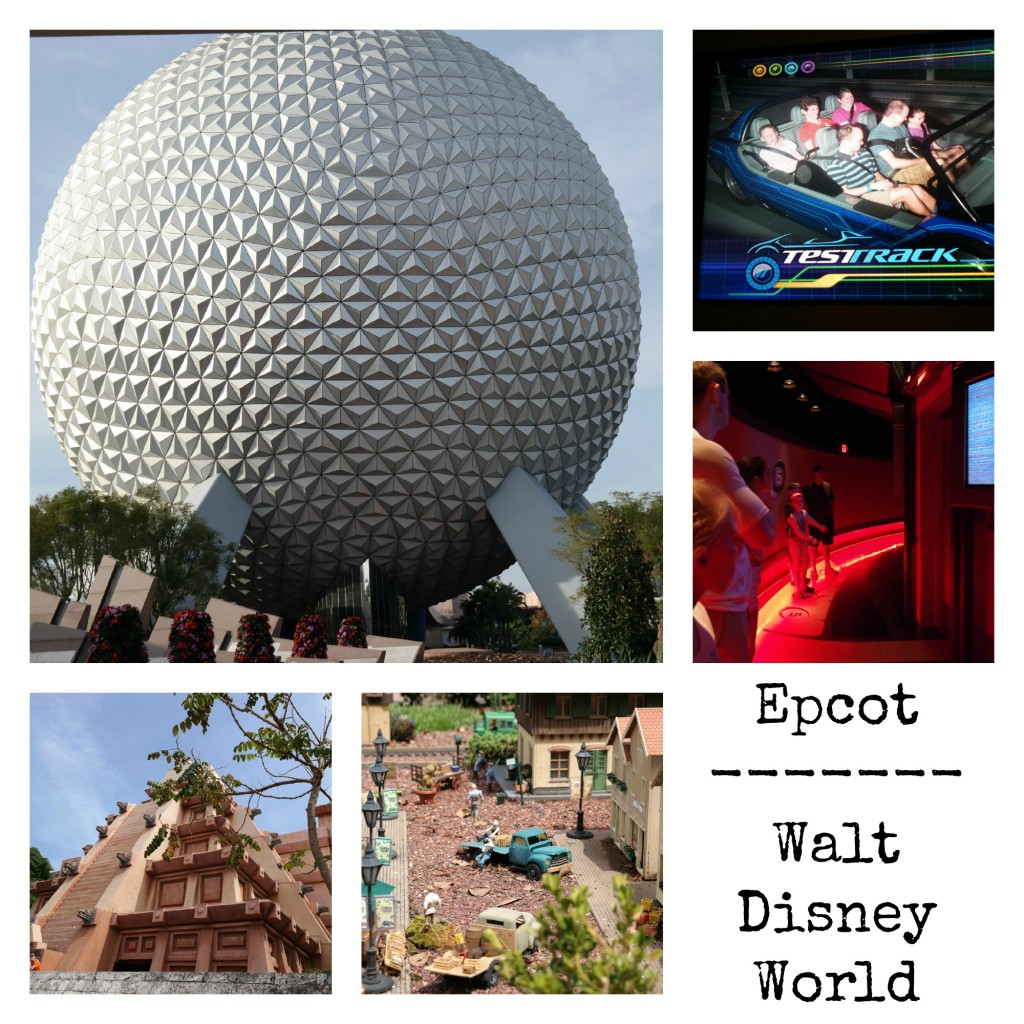 Over the past week my family and I stayed on site at Walt Disney World’s Wilderness Lodge Resort. As a part of this we decided to be able to take the kids to the parks over three of our days. While this was not enough time to be able to see everything, we focused out attention on The Magic Kingdom and Epcot in this trip. 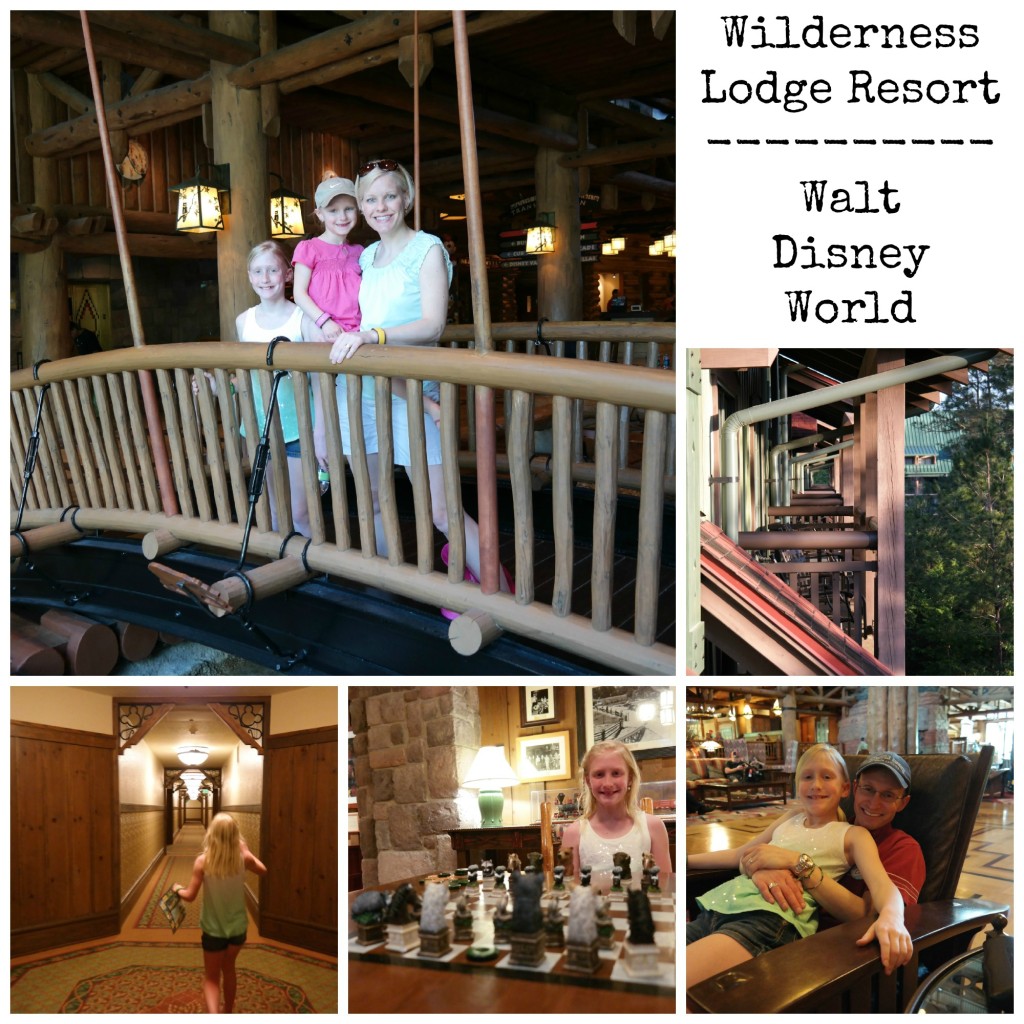 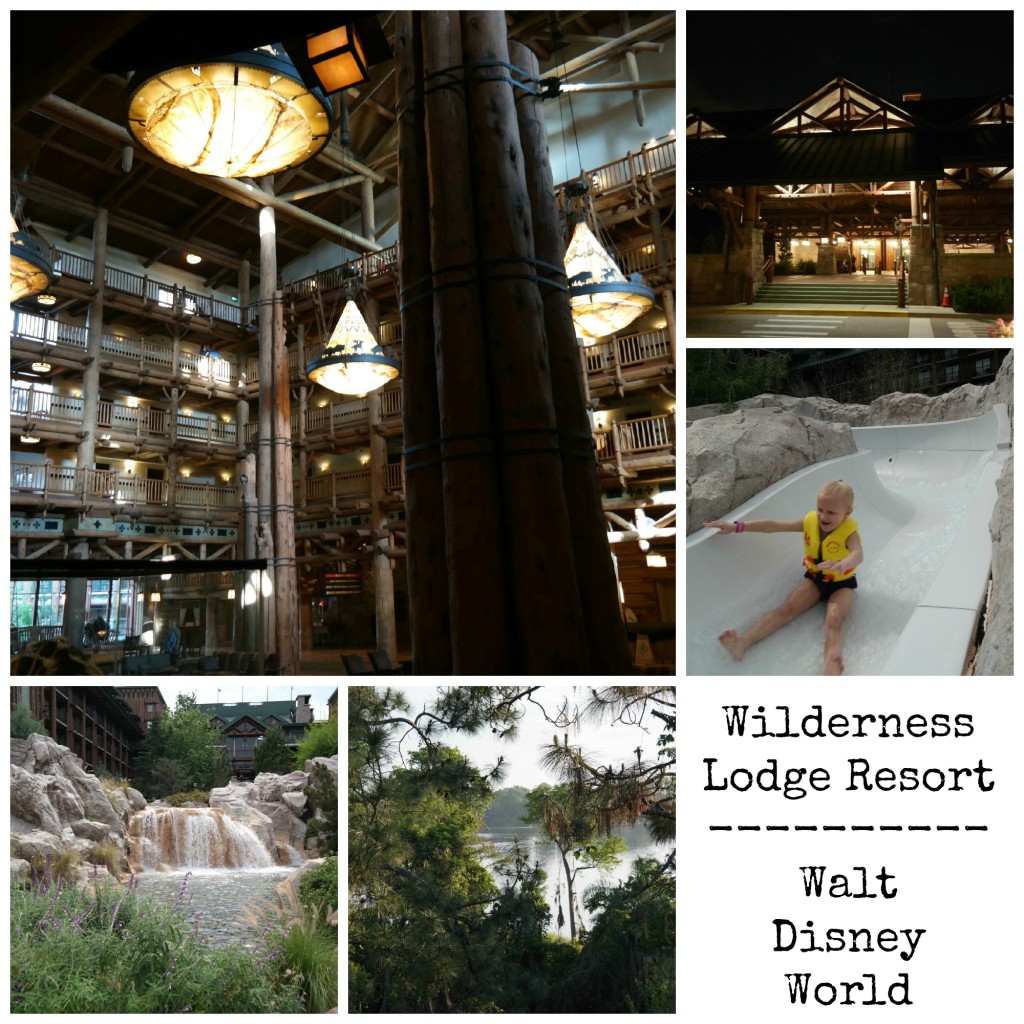 Staying on-site definitely has its’ perks. If you are staying at one of the Disney resorts, not only is their transportation from the resort to all of the parks and Downtown Disney, but you also have access to the parks early on days where they have Magic Hours (where they open an hour early). One thing we learned this go around about these hours though for the Magic Kingdom was that the whole park does not open early, it was only Fantasyland and Tomorrowland. 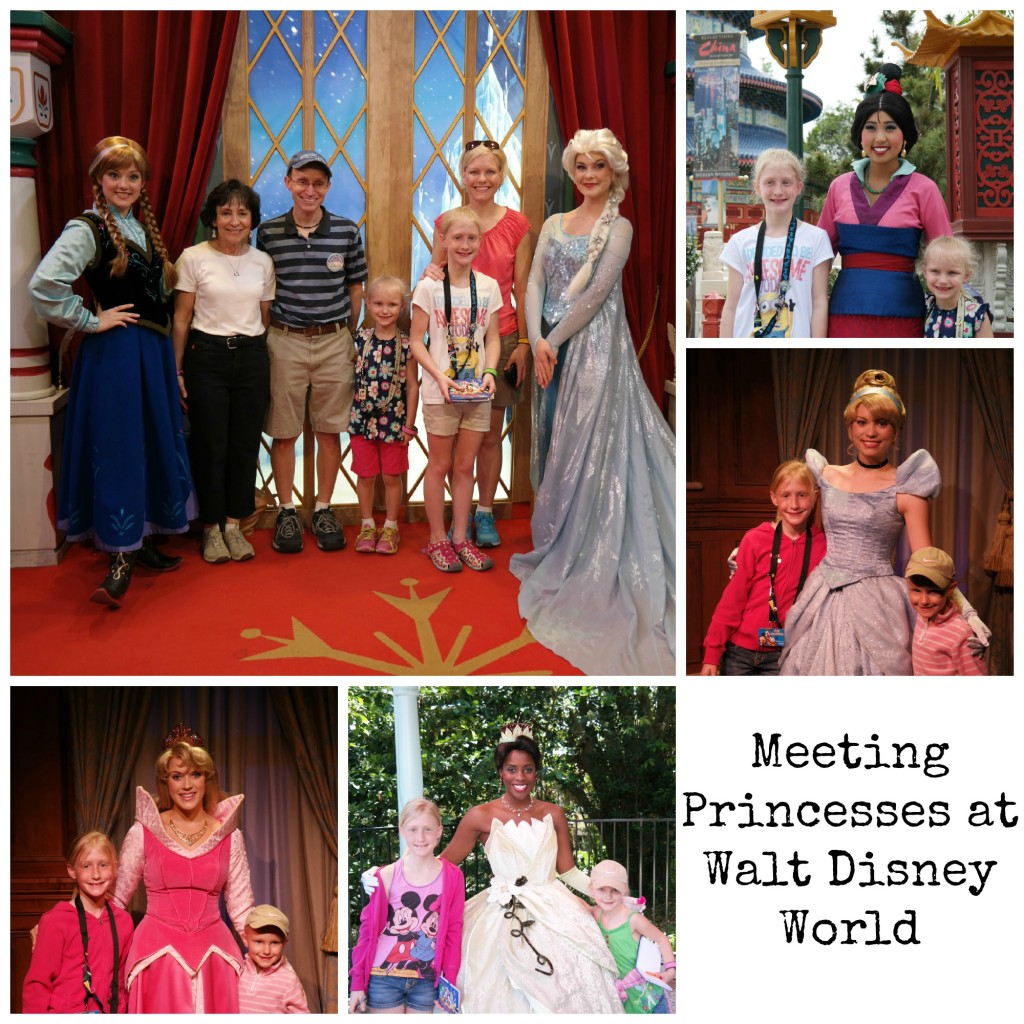 The resort that we stayed at was wonderful. As you will find in all of Disney the culture is that of total customer service and this transcends into the parks, resorts and everywhere you go. The Wilderness Lodge is set up like an old Lodge that you would find out west. As you walk into the lodge you will be taken aback with the huge open air lobby that rises at least 8-10 stories (I did not go all the way up). Beautiful totems are throughout the lobby and as part of your stay you can actually take a tour where they will explain why certain animals are where they are on the totems as well as other aspects of the resort itself. The resort has two pools, an exercise facility and arcade and even child care is available too if you want to have some time alone without the kids (for a fee). You also have the opportunity to dine at one of their two restaurants. We ate at the Whispering Canyon Cafe while we were there and the food was excellent and even better was the atmosphere. In this restaurant the wait staff really interact with you, banter back and forth and make the experience memorable. My kids will never forget having to yell out to the whole restaurant “I need ketchup!” or galloping around the restaurant on wooden ponies. This restaurant is definitely one that you should experience if you have yet to do so. 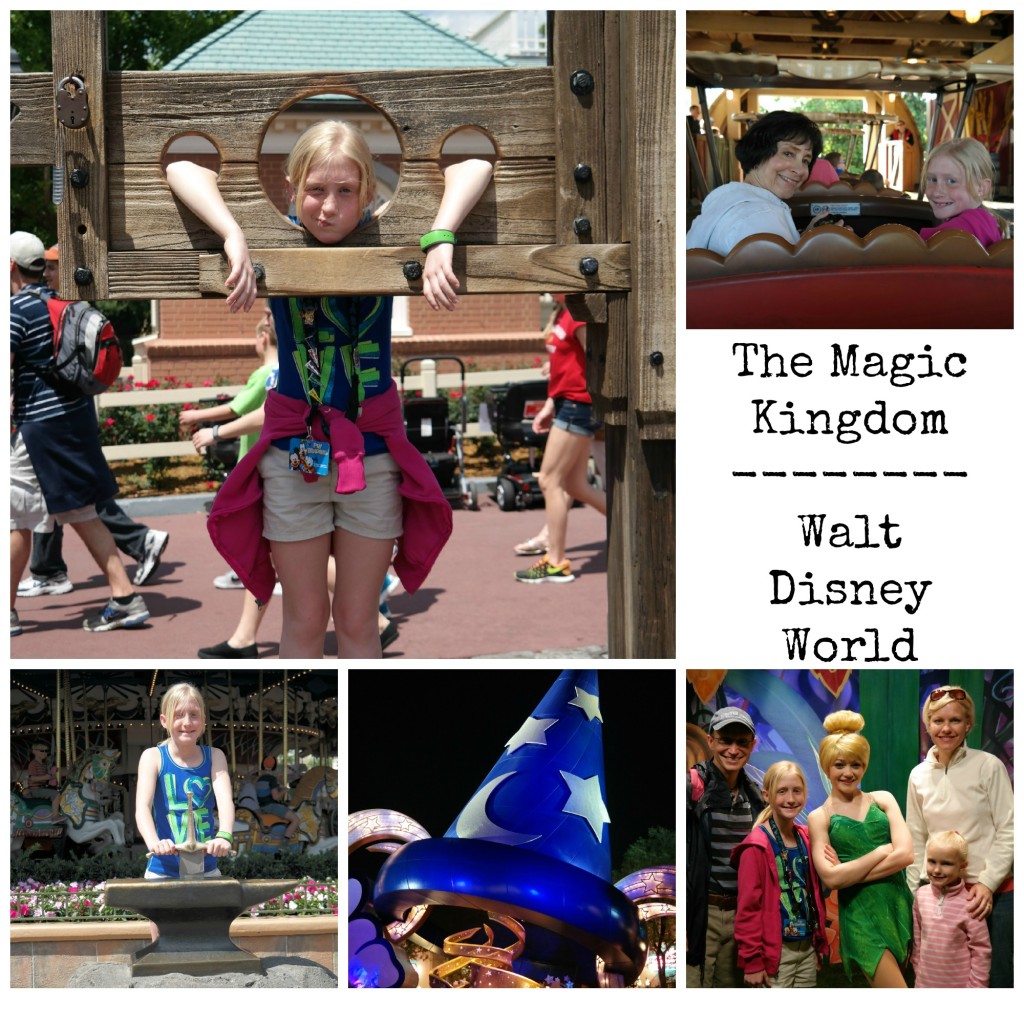 As I mentioned we took time to go to Magic Kingdom and Epcot on this trip. This was the first time taking the kids to Epcot as we had waited until the kids were old enough to appreciate some of the learning that takes place at Epcot, as this is a park that is not just about the rides. The girls also wanted to go here because this was where Elsa and Anna were. So we got up early and ran from the entrance to Norway to be able to see these new princesses. Even though we ran, it still was a 2.5 hour wait (which we did wait) and the princesses took a bit of extra time making the wait worth it. I will warn you though and say that there were people after we got in line that waited for over 4 hours, so be aware of this. I heard while at Epcot that at the end of this month they were going to be at the Magic Kingdom and you will be able to access them with a fastpass. 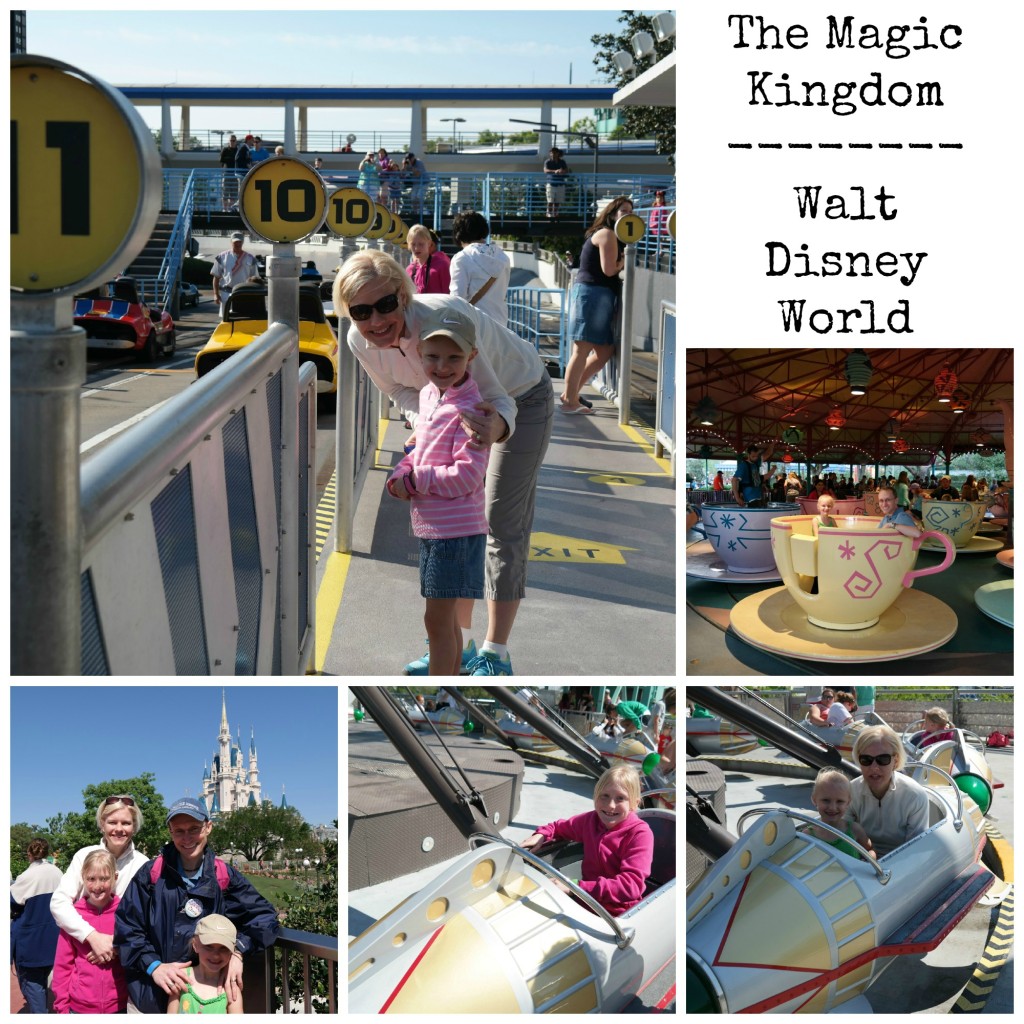 We did not spend much time in the World Showcase, though we did walk through them all, and being that the International Flower and Garden show was happening while we were there the topiaries were amazing! The kids also thought that the different worlds were cool, though as mentioned, I think they need a few more years to appreciate the films that are in the worlds that explore the culture and customs of each of the worlds. The kids did like the different rides that were available. Some of their favorite were Test Track, Soarin and Spaceship Earth. I will warn those with younger kids that Mission Space can cause a bit of motion sickness if you or your kids are prone to this at all. One of the things that is definitely memorable was the Fireworks show that they have every night, they do this over the water and it is definitely worth staying for. 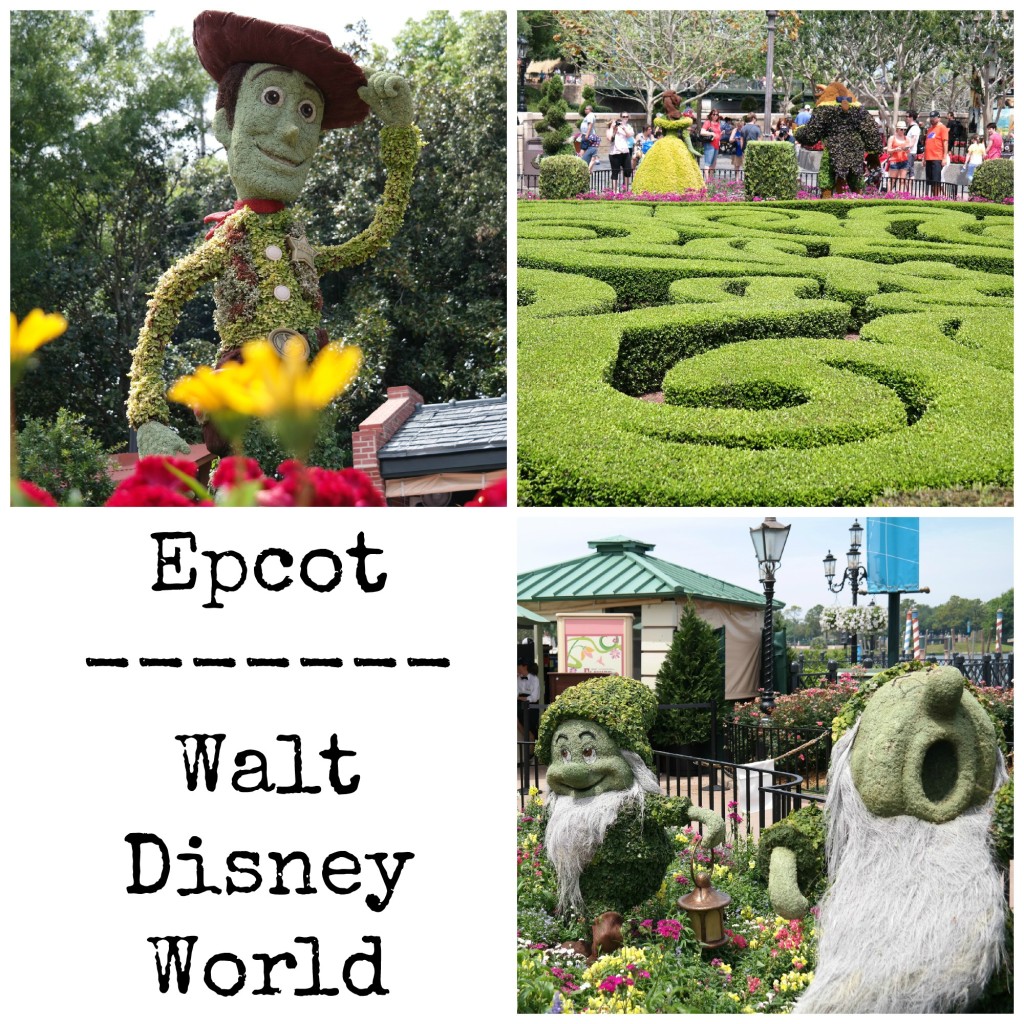 At Magic Kingdom, we decided to spread this out over two days and I am so glad that we did. We found that there were a lot of people in the parks and the lines did get long on some of the rides, so it was nice to be able to spread out the park and not feel like we did not have to rush through things and we could actually see every show and ride every ride if we so chose. We were a bit disappointed that the new Snow White and the Seven Dwarves Mine Ride was not yet open, as it looks like a ton of fun. You can actually see a video of them testing the ride here . This park was such a great one for families and for kids specifically. The rides are fun, and some even thrilling. There is a bit of everything for everyone, and you definitely get to see so many of your favorite characters at this park.

One of the things that I definitely encourage you to do if you go to the Magic Kingdom is to make sure you see the Disney Festival of Fantasy Parade which happens every afternoon, and you stay for the electric light parade and the Wishes Fireworks show at night. While I know this can make for a long day, it is something that you and your family will never forget. 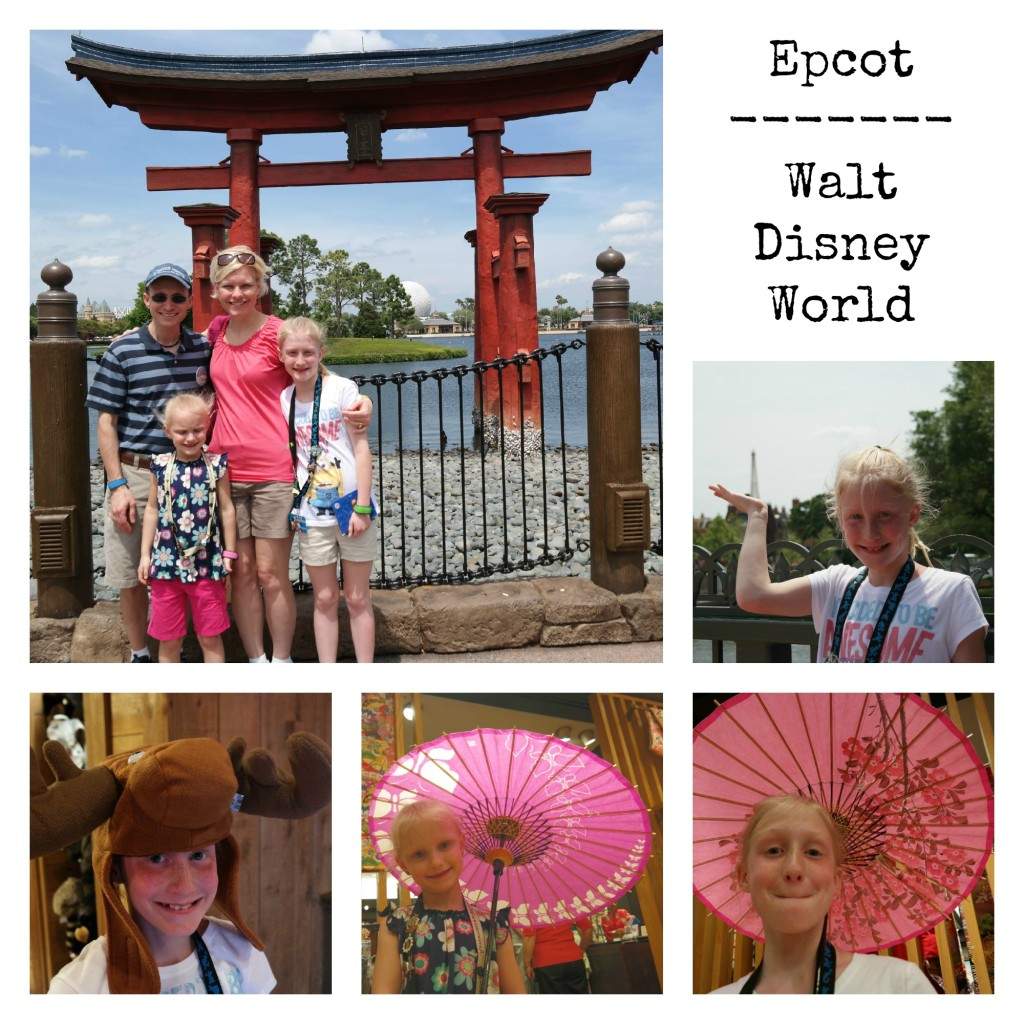 Eating while in the parks is easy and convenient. The staff in the parks have food service down to a science and while you may wait in a bit of a line, you will get your food pretty quick and it tastes great. One of the things that I love about the food at Disney in general is the wide array of variety. They rank their restaurants by dollar signs. They have restaurants that rank from one to four dollar signs based on how expensive the restaurants are. Thus, whether you want something quick or a sit down meal you can definitely get it. The one thing you need to keep in mind though is planning things out. If you want to have a character breakfast or a nice meal out as a family or as a couple, you need to plan this or you may not get to go to the restaurant that you want to go to when you want to go there. J-Mom and I decided to use a park hopper ticket which was provided by Walt Disney World, to do and experience a restaurant at Hollywood Studios on the second day that we visited the Magic Kingdom. By sitting things up on MyDisneyExperience.com we were able to select the day, time and look at the possible restaurants that were available. We chose to try Mama Melrose’s Ristorante Italiano. The atmosphere in the restaurant was wonderful, and while it was a bit loud (which we did not mind), the food we received was wonderful, and we left happy with the experience. So whether you like Italian, Chinese, Polynesian, American, Irish, Japanese, Norwegian, or almost any other type of food under the sun Disney provides it to you. On top of this they use high quality ingredients and have high quality chefs on hand to create food that you will remember. 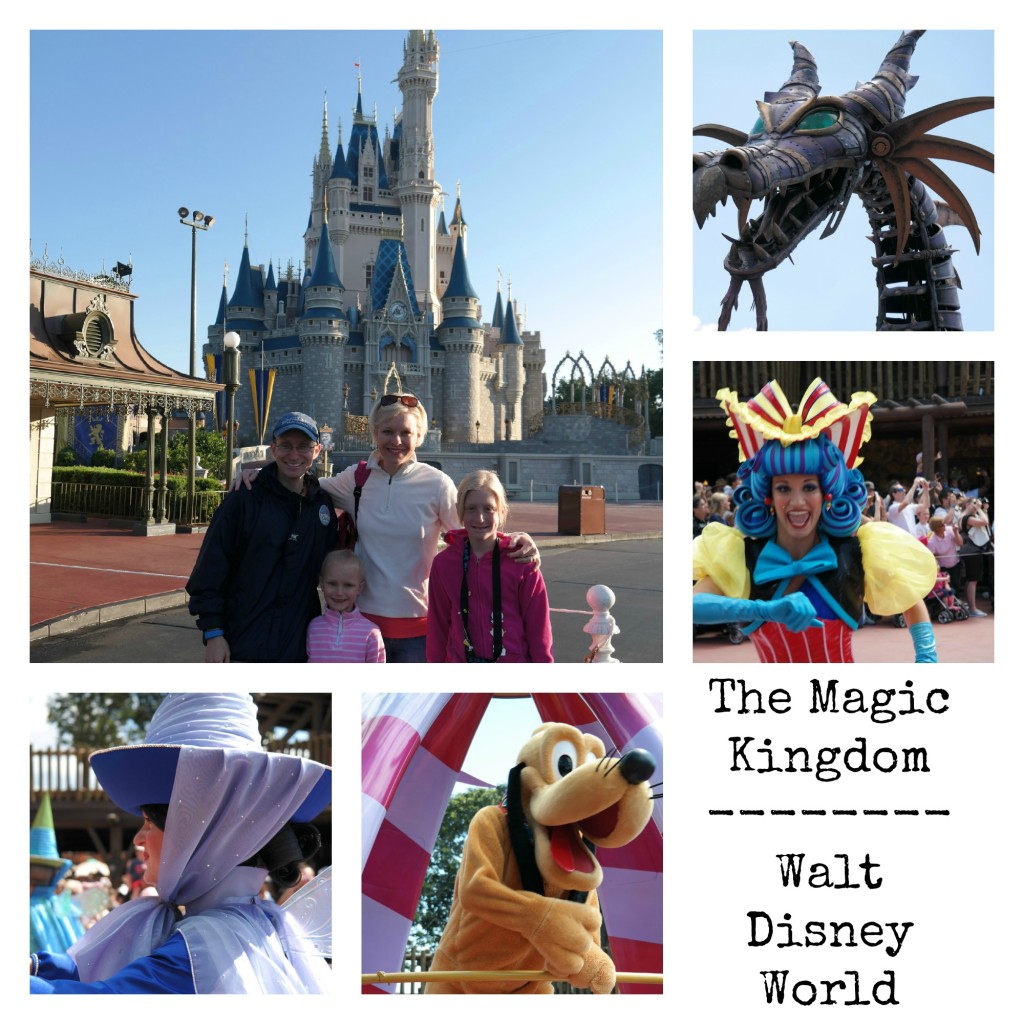 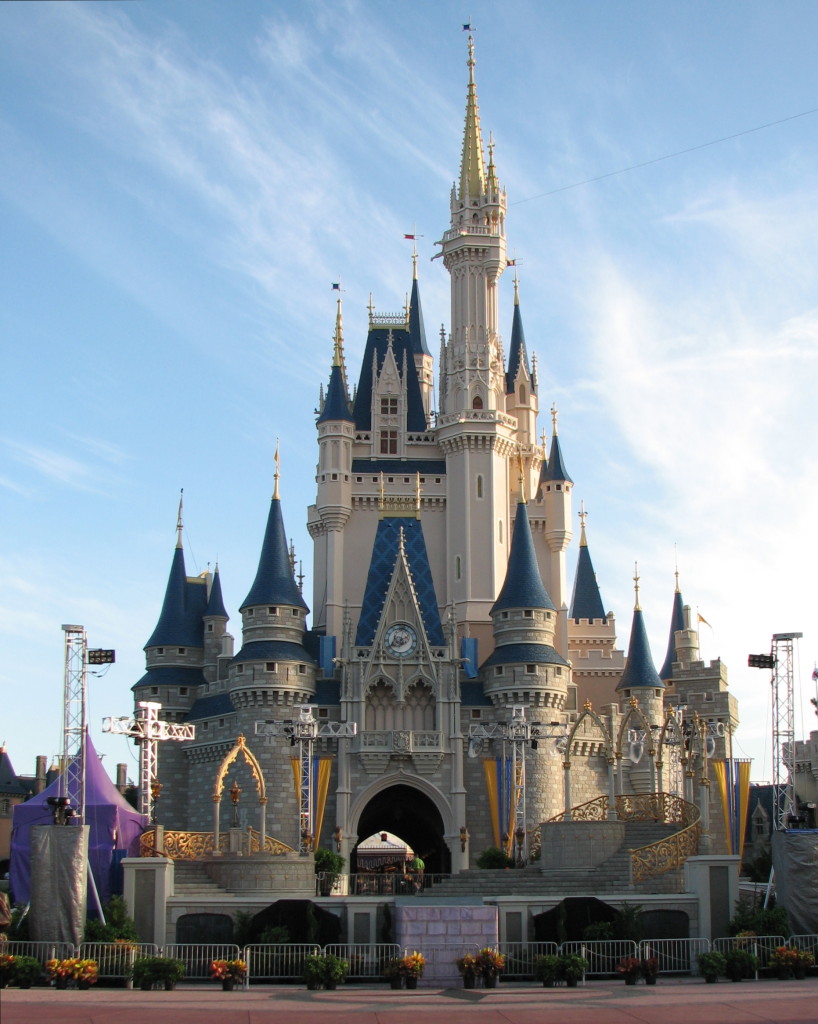 The final thing I will comment on this go around, is the new way in which Disney is now providing fast passes for their rides. If you have been to the parks in the past you know that you can typically get fast passes for rides to avoid lines, but you could only get one at a time. Now, Disney is allowing you to set up three fast passes a day for the first park that you visit. So again, if you have purchased your tickets in advance you can also set up your week at Disney all in the same MyDisneyExperience.com and when you have selected your parks, you can set up fast passes for some of the most popular rides. The rides at the two parks that I would definitely recommend for fast passes include: Epcot –  Test Track &amp; Soarin (one tip – if you can ride solo on the test track ride, you can save yourself a ton of time in line). Magic Kingdom – Peter Pan’s Ride, Splash Mountain and Big Thunder Mountain. These are just my picks, but they were also the rides that consistently had the longest wait times at the parks too.