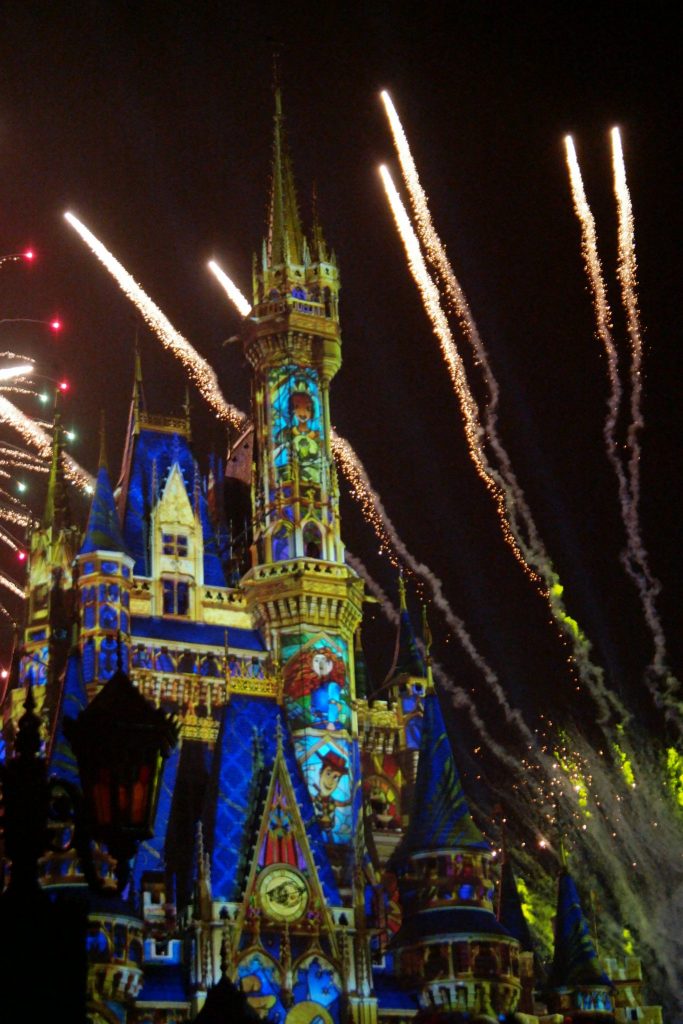 Over the past week my family and I stayed on site at Walt Disney World’s Saratoga Springs Resort. As a part of this we decided to be able to take the kids to the parks over three of our days. While this was not enough time to be able to see everything, we focused our attention on Walt Disney’s The Magic Kingdom and Hollywood Studios on this trip. 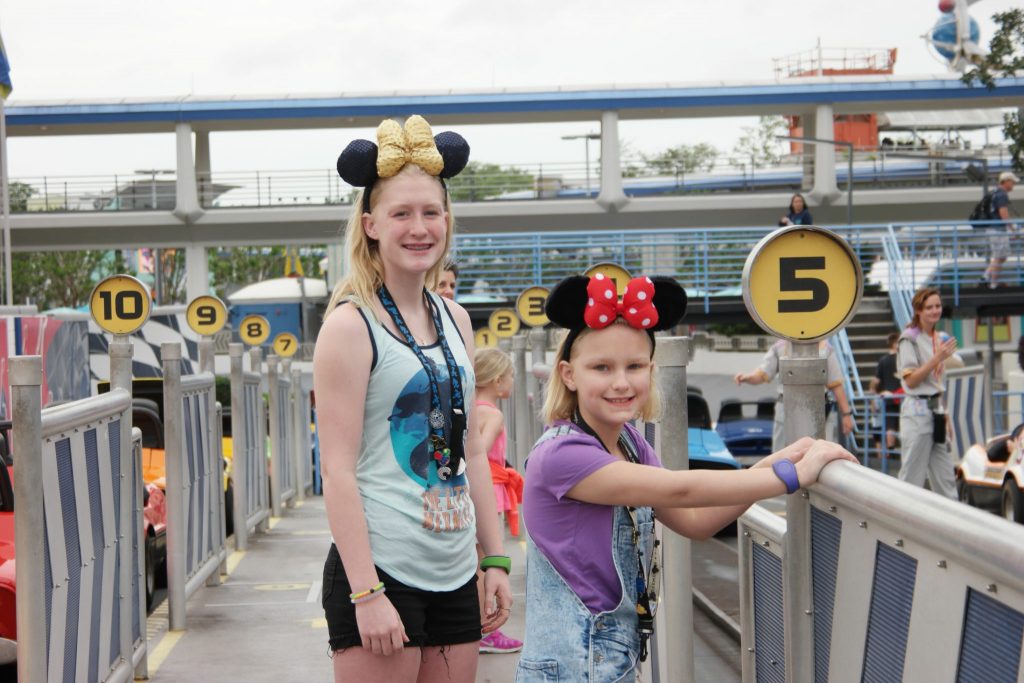 Staying on-site definitely has its’ perks. If you are staying at one of the Disney resorts, not only is their transportation from the resort to all of the parks and Disney Springs, but you also have access to the parks early on days where they have Magic Hours (where they open an hour early). One thing we learned this go around about these hours though for Hollywood Studios was that the whole park does not open early, it was specific rides, and for when we went, we only really were able to ride one ride in that hour because there were so many people!

The resort that we stayed at was wonderful. As you will find in all of Disney the culture is that of total customer service and this transcends into the parks, resorts and everywhere you go. Saratoga Springs is set up with a few different areas. We stayed in The Grandstand. Each of the areas is just a little different and is setup like the old says within Saratoga Springs New York. There are a ton of walking trails and even a golf course (I did not use as I do not golf). Almost all of the areas within the resort have their own pools which were also unique and two of them have their own water slides. There is also a walkway from one of the areas at Saratoga Springs that will allow you to walk over to Disney Springs for shopping or nightlife entertainment. 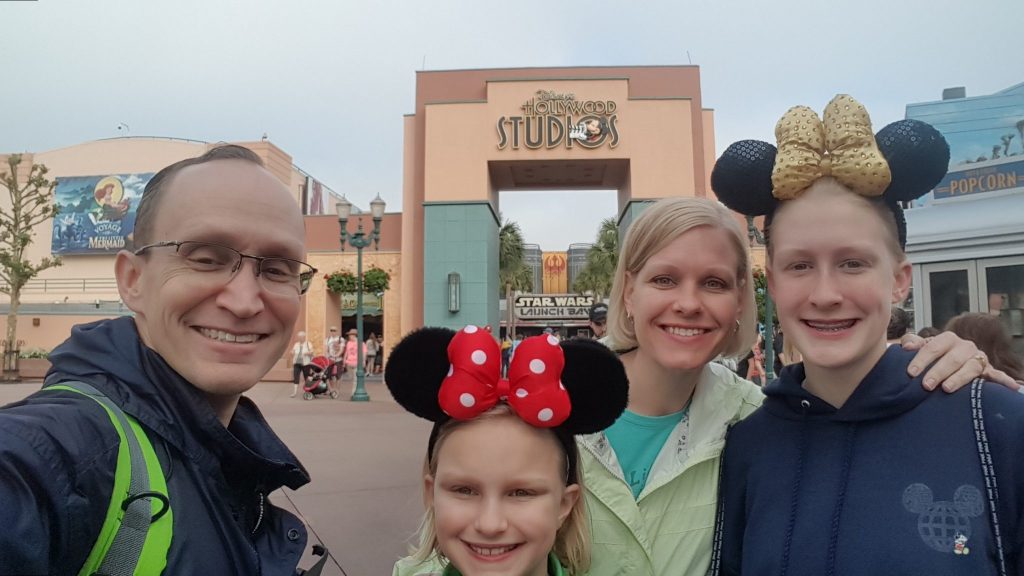 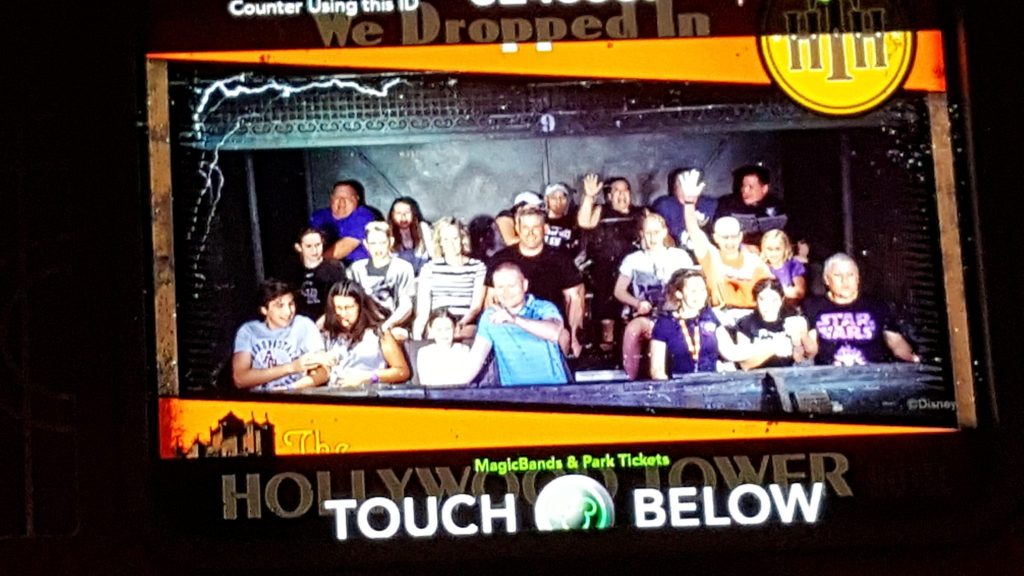 As I mentioned we took time to go to Magic Kingdom and Hollywood Studios on this trip. It had been a while since we had last gone to Hollywood Studios and not a lot had changed except for the Great Movie Ride being gone and having the Star Wars Launch Bay now open.  There was a lot of anticipation for Toy Story Land to open in only a few months and you could see the new Star Wars land being built as well. While there was still construction happenings, the people at Disney keep this under wraps and allow you to experience and enjoy the other areas of the park. There are new Star Wars shows throughout the day that were great and we loved riding the Twilight Zone Tower of Terror, The Rock ‘N’ Roller Coaster, Star Tours: The Adventure Continues, Toy Story Mania and more!  The one thing that we found was to make sure that you get fast passes for Toy Story Mania at least as the lines were very busy! Also, the Roller Coaster lines could also get long! 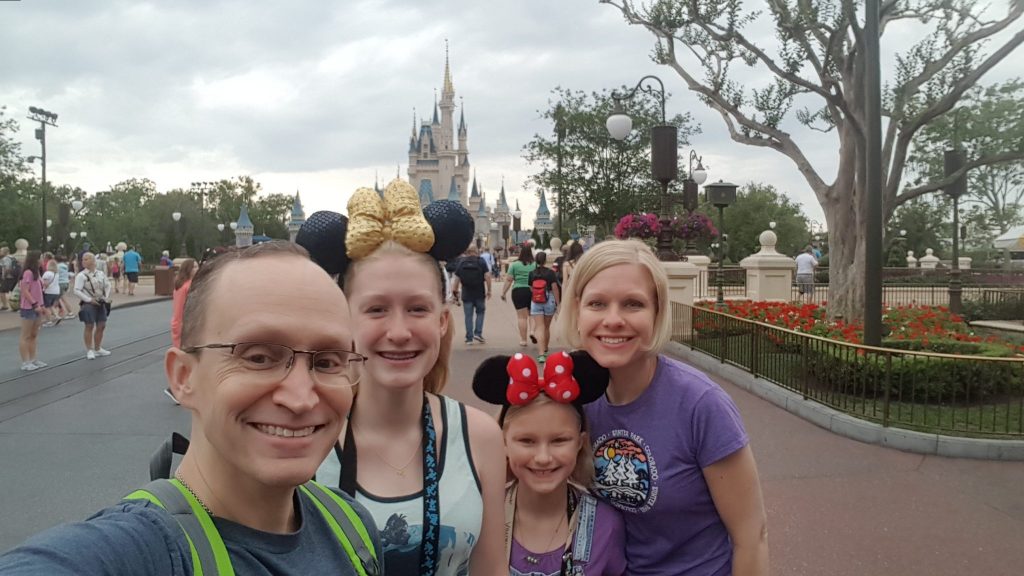 At Magic Kingdom, we decided to spread this out over two days and I am so glad that we did. We found that there were a lot of people in the parks and the lines did get long on some of the rides, so it was nice to be able to spread out the park and not feel like we did not have to rush through things and we could actually see every show and ride every ride if we so chose. I have not been to the park since the Snow White and the Seven Dwarfs Mine Ride opened and we added this to our fast pass which is definitely a must as lines were over two hours at times and sometimes longer. The ride was worth it though and the amount of effort to add in amazing visual effects along with the thrill was a ton of fun too!  This park was such a great one for families and for kids specifically. The rides are fun, and some even thrilling. There is a bit of everything for everyone, and you definitely get to see so many of your favorite characters at this park. 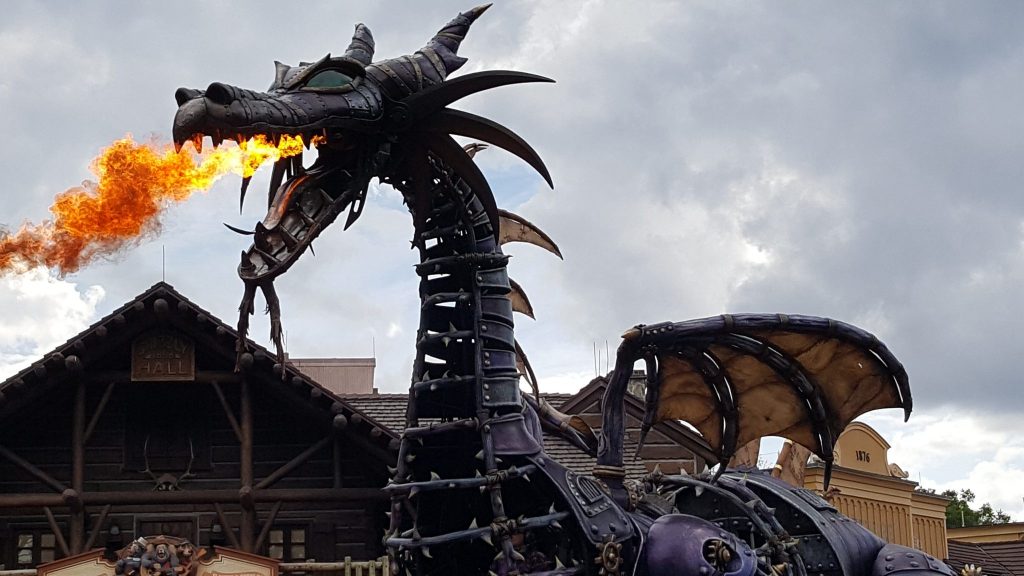 One of the things that I definitely encourage you to do if you go to the Magic Kingdom is to make sure you see the Disney Festival of Fantasy Parade which happens every afternoon, and you stay for the electric light parade and the Happily Ever After Fireworks show at night (Simply amazing!) . While I know this can make for a long day, it is something that you and your family will never forget.

Eating while in the 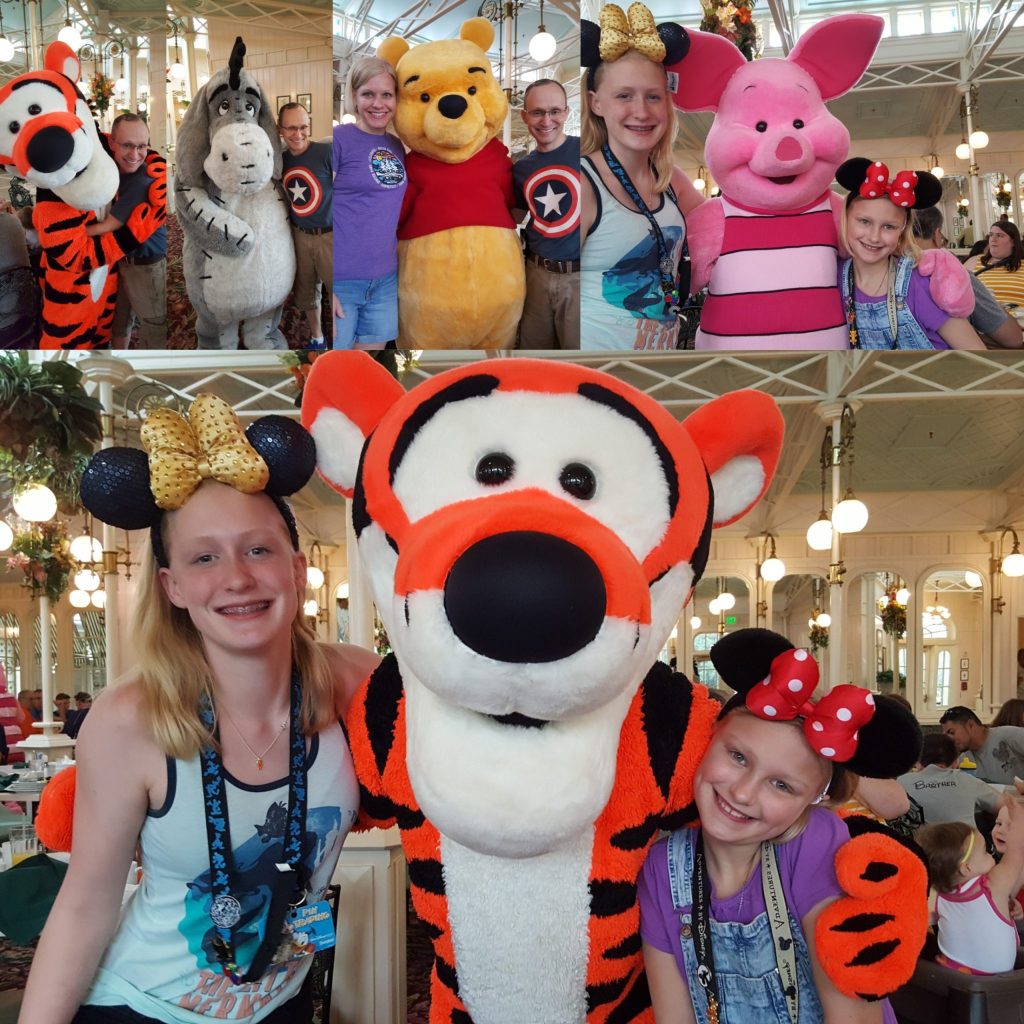 parks is easy and convenient. The staff in the parks have food service down to a science and while you may wait in a bit of a line, you will get your food pretty quick and it tastes great. One of the things that I love about the food at Disney in general is the wide array of variety. They rank their restaurants by dollar signs. They have restaurants that rank from one to four dollar signs based on how expensive the restaurants are. Thus, whether you want something quick or a sit down meal you can definitely get it. The one thing you need to keep in mind though is planning things out. If you want to have a character breakfast or a nice meal out as a family or as a couple, you need to plan this or you may not get to go to the restaurant that you want to go to when you want to go there. J-Mom and I decided to use a park hopper ticket which was provided by Walt Disney World, to do and experience a restaurant at Hollywood Studios on the second day that we visited the Magic Kingdom. By setting things up on MyDisneyExperience.com we were able to select the day, time and look at the possible restaurants that were available. We chose to eat at The Crystal Palace for a character breakfast with Winnie the Pooh and his friends and it was such a great experience and the food was great too. On top of getting to meet characters up close and personal the chefs use high quality ingredients and create food that you will remember. 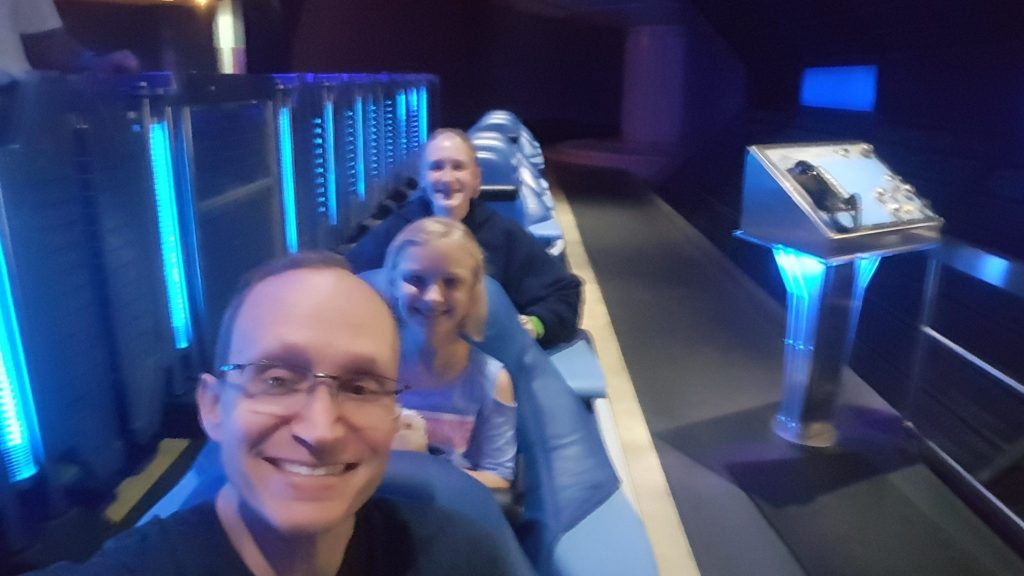 The final thing I will comment on this go around, is the importance of setting up your fast passes ahead of time! Depending on the park you can set up a specific number of Fast Passes for your visits. At Magic Kingdom it was three and at Hollywood Studios it was two. While you can change them when you get to the park if you so choose, it is important to set these up early, especially if you are going at a busy time of year. So if you have purchased your tickets in advance you can also set up your week at Disney at the MyDisneyExperience.com and when you have selected your parks, you can set up fast passes for some of the most popular rides.