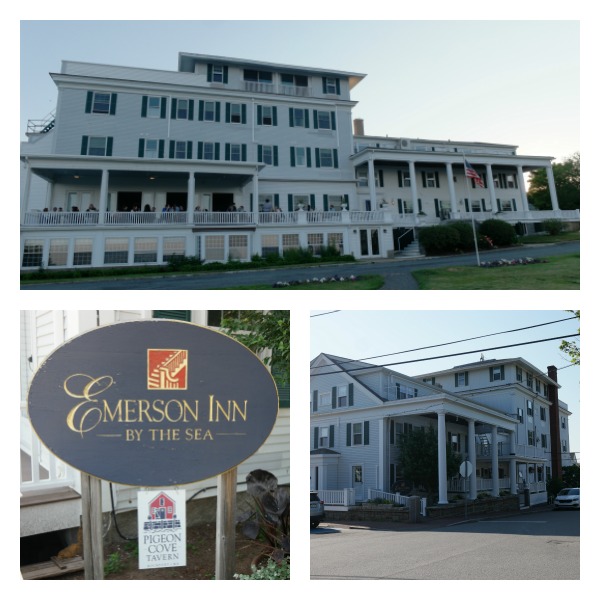 We had the opportunity to stay at the picturesque Emerson Inn in Rockport, Massachusetts over the past few days and for us they will be days we will never forget. As you drive into Rockport, you are greeted by a beautiful town right on the Atlantic Ocean. There are quaint shops with cool names, fun eateries and more. We decided to drive around the town and even along the coast a bit before going north of town to the Emerson Inn.

The town of Rockport is tucked back in a nice cove, and just south of the town we found some very beautiful homes as well as some great lighthouses. I became intrigued by the history of Thatcher Island which was an island to the south of Rockport that had twin lighthouses that were a bit run down, but still looked pretty amazing. 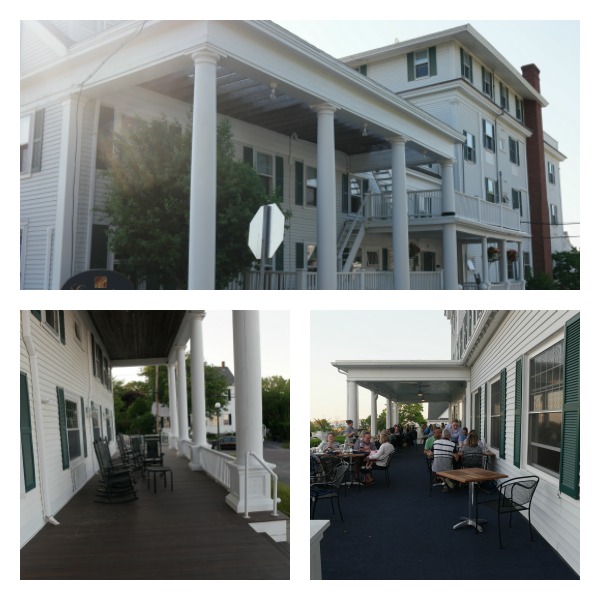 After taking our drive, we headed north along the ocean for a short distance and came to the turn off for the Emerson Inn. When we came to the Emerson Inn we were amazed at the grandeur and the location right from the first moment that we laid our eyes upon it. The Emerson Inn is an Inn with a long history. It has been standing since the mid 1850’s. While the original hotel was not in the location where it now stands, the Emerson Inn as you see it now in its’ current location has been here since 1871 running consistently.

As you walk into the Emerson Inn you can feel the history all around you. The name of the Inn was adopted in the past century as a tribute to the most famous guest of the Inn, Ralph Waldo Emerson. You can even stay in the same room that he would stay in when he visited and get inspired as he would. 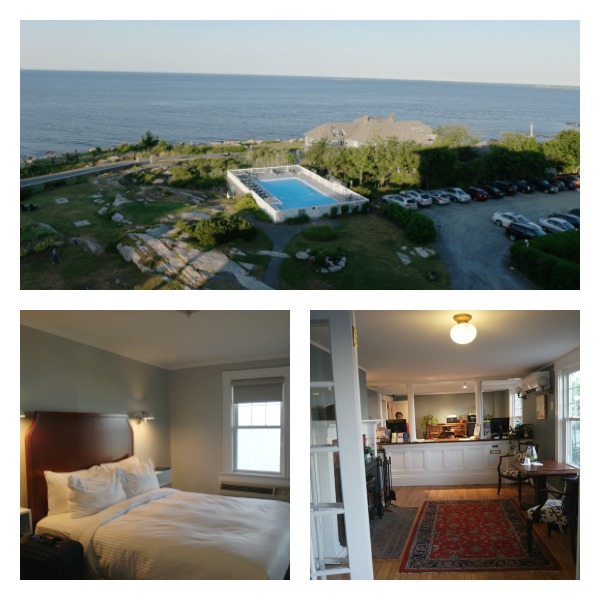 Staying in the Emerson Inn for two days overlooking the Atlantic Ocean I can see how you could be inspired by the location. The room that we were in had a wonderful view and even offered a balcony with a slider that would allow you to sit and look out, relaxing and listening to the waves hitting the rocks. 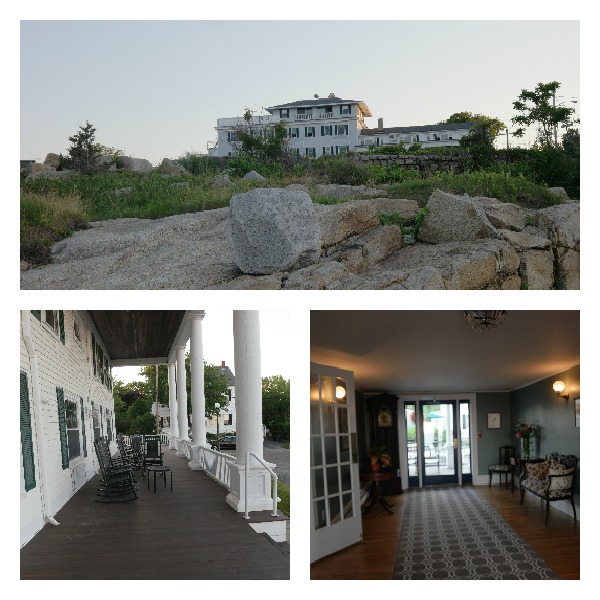 We were very impressed by the staff of the Emerson Inn. From the moment that we checked in they were attentive to our every need. While they knew that I was reviewing my stay, they surprised us with providing us not only with one of the suites but also two rooms which we were not expecting. This is always nice, especially when you have your kids with you. We also were surprised with a fruit and cheese plate when we arrived in our room. They had placed us on the top floor of the Inn and because we had many things they grabbed a very friendly busboy to help us. He worked with us, was friendly and even spent time helping us get acquainted with the rooms. All of these touches showed us that the staff really cared and this attention continued throughout our stay. 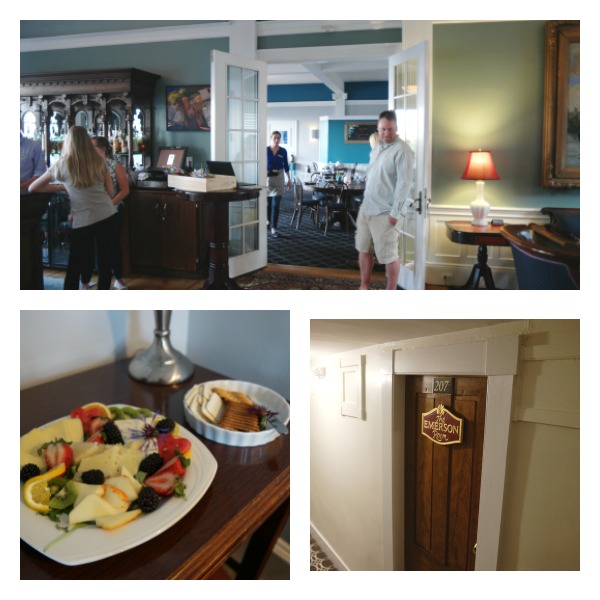 The Emerson Inn was decorated beautifully and on every floor you will find that the Inn has gone through a beautiful renovation over the last year.

The girls wanted to hit the pool right away and that’s what we did, even before we had dinner. While the air was cool the water was comfortable and the kids had a blast. They explored the horseshoe pits and even started taking selfies together (which does not always happen with the two of them). There is just something about this place that brings people together. 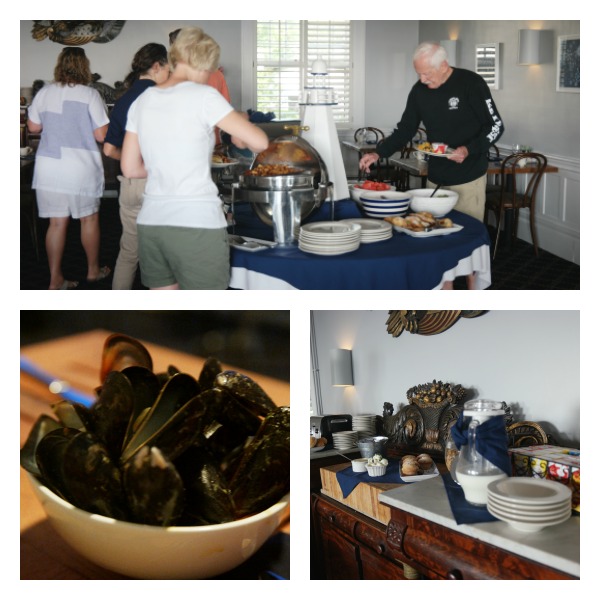 The Emerson Inn offers guests an amazing breakfast buffet, but also has a tremendous dinner that is available at different points during the week. We tried a few of the dishes on the menu including the mussels appetizer, burger and streak fritas. All three dishes were prepared to perfection. We were able to eat out on the huge back deck which is overlooking the ocean. It was a very nice evening so sitting outside was nice and there were no bugs until it got dark outside. We were very impressed with the meal and definitely would have eaten there on our second night if it had been open. 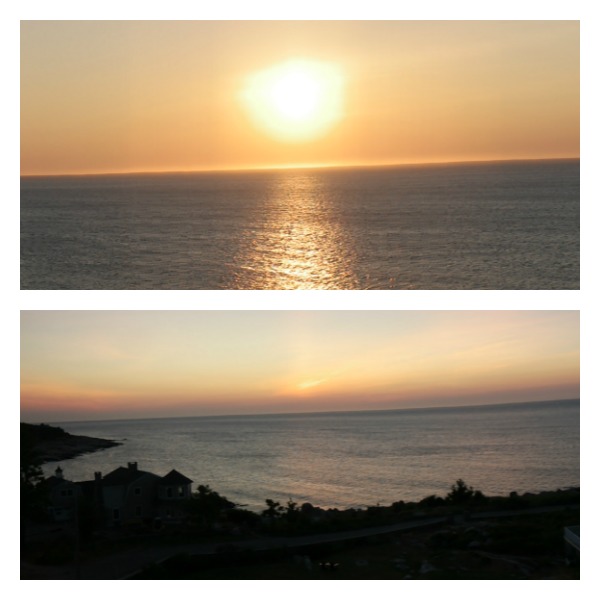 The Emerson Inn was an inn that really surpassed all of our expectations and it was definitely worth the 16 hours that it took to drive here and we would have no qualms in doing it again in the future as it was a vacation that truly brought our family together and it will bring yours together too!
Below is a video with a few additional thoughts on the Inn!

About the Emerson Inn

The natural beauty of Pigeon Cove has been a popular destination for summer tourists for more than 160 years. In the 1850s, Rockport businessman William Norwood turned his famous tavern into The Pigeon Cove Inn. Over the years, several local families owned the Inn and gave it many names, including the Hotel Edward. The most recent owners renamed it after Ralph Waldo Emerson, one of the Inn’s most celebrated guests. Open year-round, the Emerson Inn is located at 1 Cathedral Avenue in Rockport. For reservations, please call 1-800-964-5550 or visit www.emersoninnbythesea.com.

About the Rockport Area

From a leisurely stroll through Rockport or nearby Gloucester, to a marine-life adventure, to a hike amidst the fall foliage or along the shores of the Cape Ann area, the Emerson Inn is surrounded by a diversity of summer and winter activities. With four state-designated cultural districts, Cape Ann ranks as one of the premier destinations for the traveler with an interest in art, theater, and culture. With festivals celebrating Cape Ann’s rich maritime and artistic heritage, along with an active fishing fleet and a picturesque seaside village, visitors to the Rockport area will enjoy the allure of Massachusetts’ coastal crown jewel.