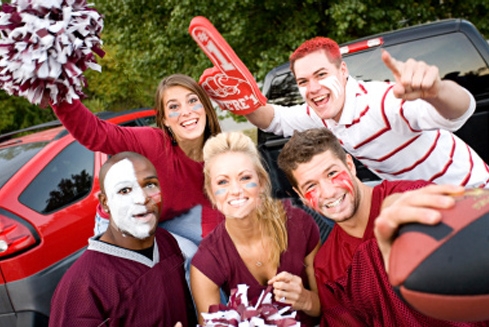 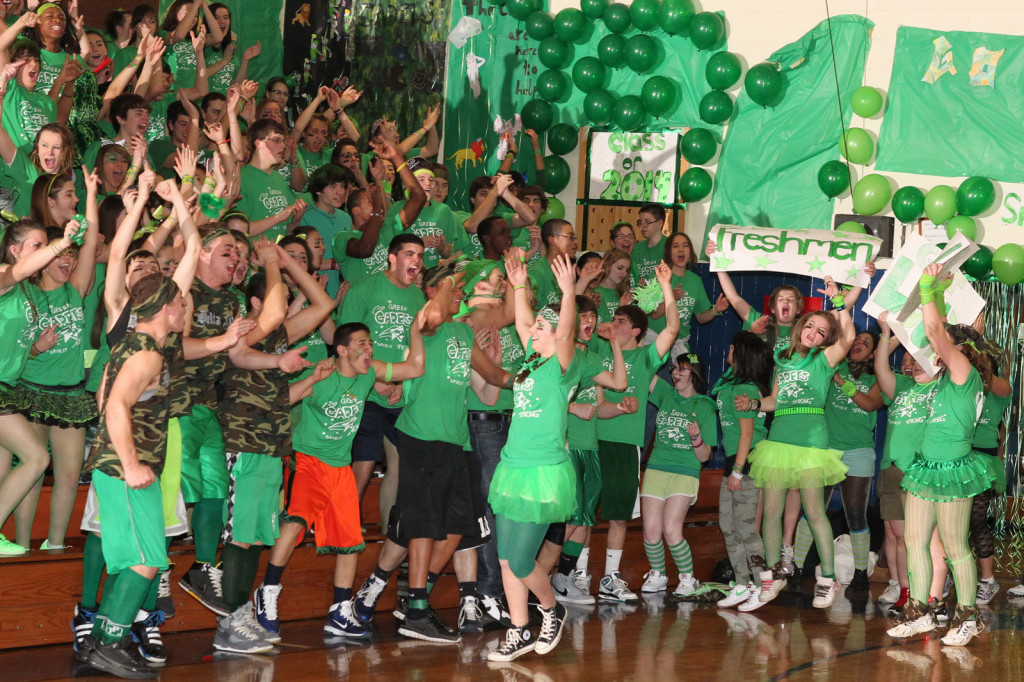 This is the next of the Tuesday Talking posts, and today we are talking about your commute. Some of you have long commute everyday while others just have to roll out of bed. Let’s talk about it! 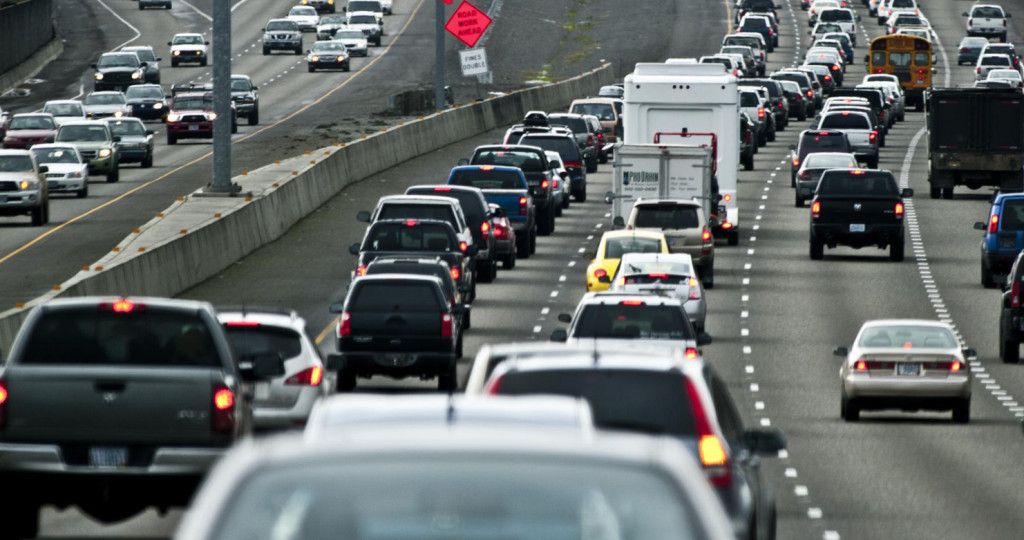 Time to hear from you! What has been the experience that you have had with your commute? Tell me about it, I want to hear your thoughts! 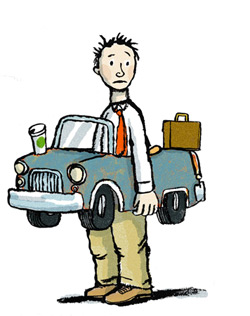 In a past article that I wrote about the song “Remember Me” by Mark Shultz, I talked about my struggle with knowing what I should do to make a difference and to not be forgotten and be remembered. Since I wrote that article I started thinking more about those individuals who are forgotten or as what I would say have been forgotten. 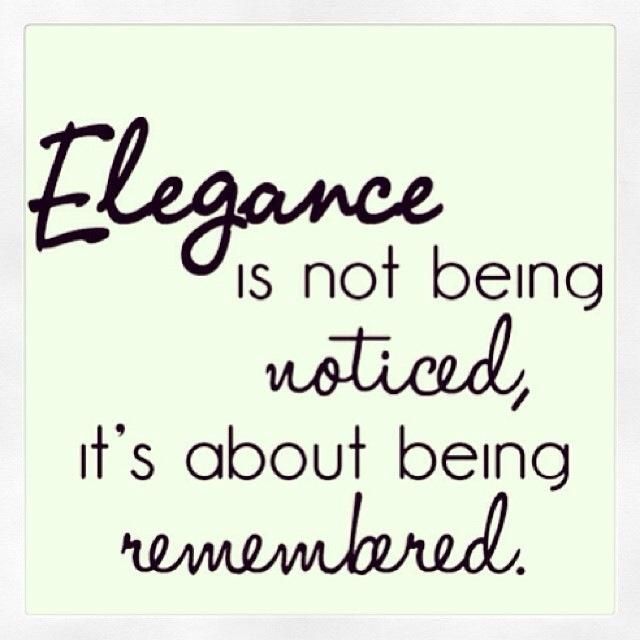 Who am I talking about? I see these people every Tuesday at my weekly Rotary meeting. You see we meet at a senior living facility, and unfortunately I see in the eyes of many of the residents a loss, or a sadness that has set in. Though I am making some assumptions in this case, I would say that many of them do not see their families much. I can say this from experience in some of the people that lived in other facilities that I had frequented in my past. Many of these aging people did have friendships, but in my conversations with them, they yearned for more contact and conversation. They had family, but their family was not there often, leaving them alone to their memories. 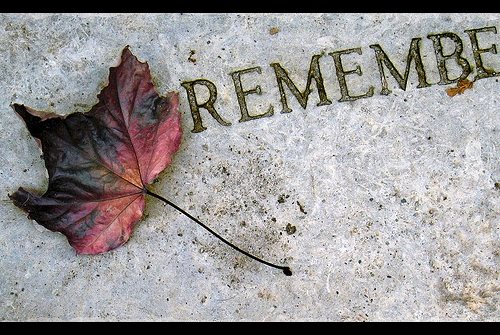 The more conversations that I seem to have with these people the more I think that though I know I will get older, I dread the idea of becoming one of the forgotten. I hope that I am able to instill in my own children the responsibility to stay connected with their parents.

My Question for the Day?

New to the Divadom?
Please Subscribe to my RSS Feed! Subscribe in a reader
Questions?Drop me a line at dadofdivas@gmail.com

This is the next of the Tuesday Talking posts, and today we are talking about being literate. Let’s talk about it! 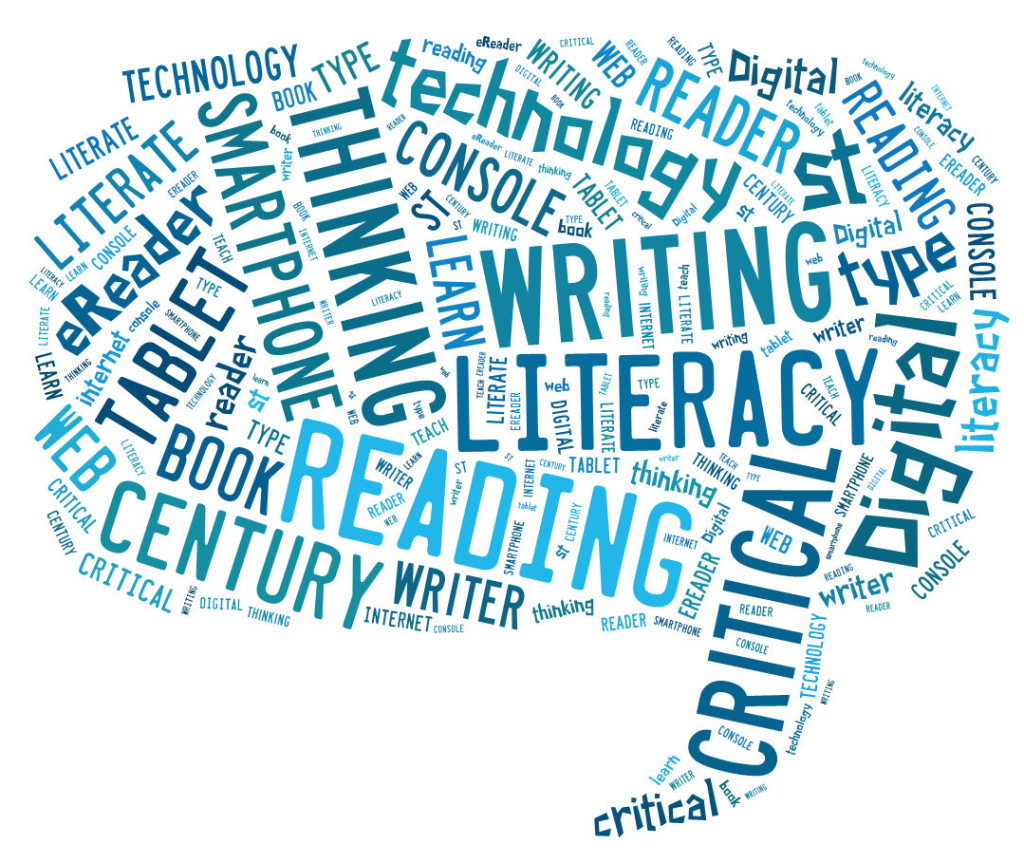 Hey guys, I am trying something new here on Dad of Divas called Talking Tuesday where I will talking on a specific topic for a short period of time and ask for your input. So today we are talking about News and where you get your news. Let me know your thoughts! 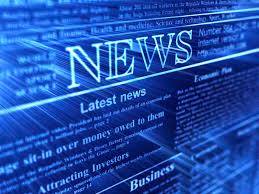 Now it’s your turn! I am calling out all of you readers! I truly would love to hear your thoughts on this, share your favorites and let me know what you think of the series, both positive and negative!

Daddy, do I look pretty? I mean what else can you say to this question, but yes! I think the first time any father gets this type of question they are probably as shocked as I was, as any parent thinks that their children are the most beautiful thing they have ever seen, right? If a father does not believe this then they need to truly think to consider for themselves what kind of father they are or that they want to be.

I believe that all fathers should be their daughters’ most staunch advocate. It is not for a father to criticize or demean a child in any way. In fact in my opinion, fathers who do this are not being fathers at all, they are instead being bullies which should not be father material! 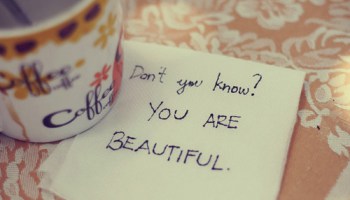 A daughters’ self-esteem is so much intertwined with their relationship with their fathers, for better or worse. A daughter looks at their father for him to be the man that they want to support, uphold and encourage them from early age on. A father also sets the standard for relationships that they have in the future, and how the father treats them as well as how they treat their wife will make a HUGE impact on their emotional well-being that will stay with them for years to come. 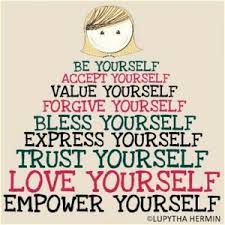 Too often today our society shares such mixed messages with our daughters in regards to beauty. When they watch television (even from a young age) they are seeing main characters that look and act a certain way. This unconsciously teaches our daughters so much about how they should act, dress and treat others. The hard thing is that so much of what they are learning is not what parents want them to learn. I know that for me, as a father, I want my daughters to feel confident about themselves no matter how they look. Whether they look like what they see on television is inconsequential to me. What is more important is that they have the ability to be strong in their convictions and know that they are confident and comfortable with the person that they are and that no one else can ever change that.

This is not an easy task, but if you are a father of girls, I challenge you to set the example that you need to set and let your daughters know how pretty / beautiful they truly are both internally and externally as this is SO important to them in the long run!

My Daughter Can Be Darth Vader

For many dads of daughters you have to struggle with the dichotomy of whether to allow your daughter’s personality shine or to help them conform to societal norms. This is definite and something that I’ve had to deal with in the 10 ½ years that my eldest daughter has been alive. 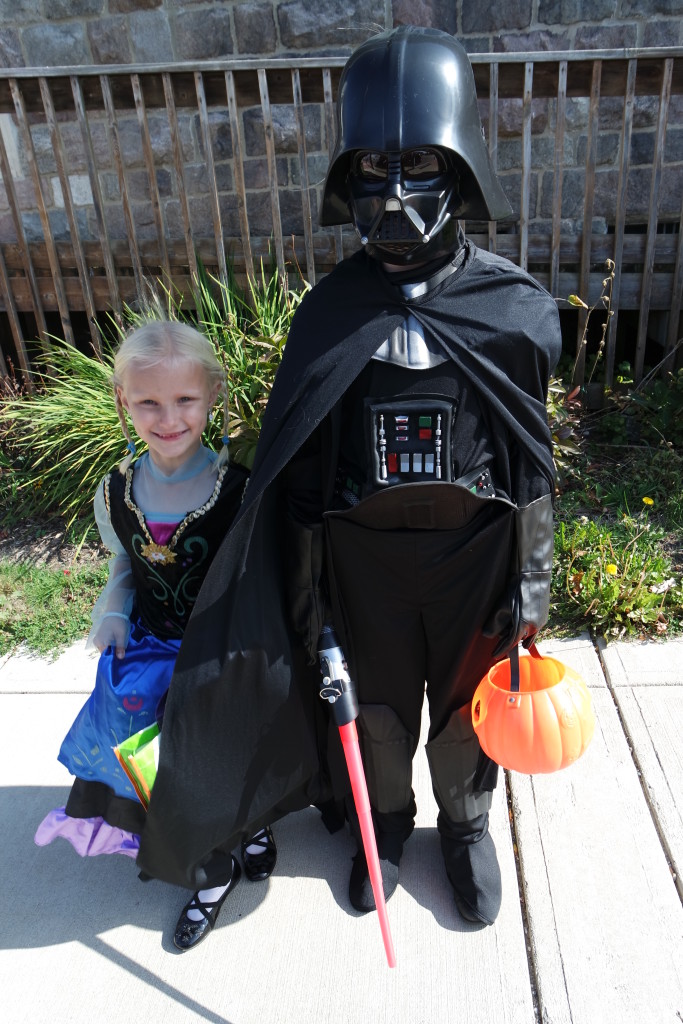 I still remember the first moments when my daughter was born and having no clue what was in store. There have been ups and downs that have challenged J-Mom and I, but in the end I think that I’ve come to an understanding that from me, my thought is that you have to let your child be themselves.

This manifested itself in a big way last Halloween. My daughters and I had just finished watching all of the Star Wars movies the previous summer and my eldest was very excited about being Darth Vader. At first I thought to myself, “what will the other kids say”, but then I quickly answered that internally by saying that it didn’t really matter as long as she was happy. On the day of the Halloween parade at her school she dressed up in her costume and was proud of showing her dark side (NOTE: this did not surprise me as her favorite Disney characters have always been Disney villains). I was pleased to find that the kids at her school all loved her costume and thought it was cool that she chose to be Darth Vader. 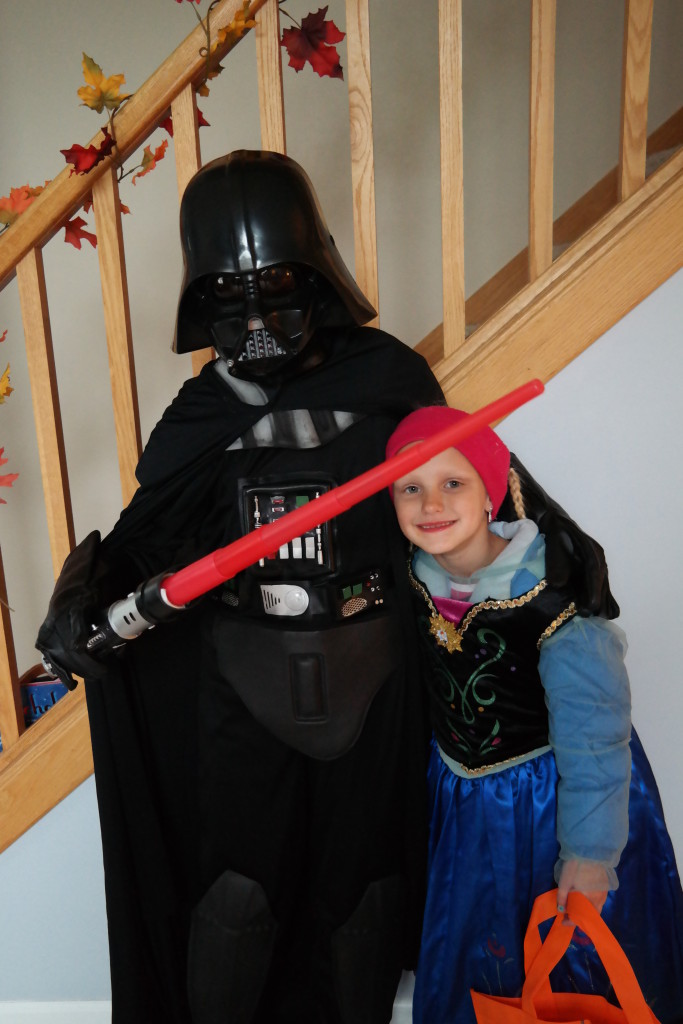 This same question has recently arisen at home because my daughter has started to play football with the boys at recess, at school. She definitely holds her own, but the other night, she made a comment about wanting to play football. Knowing that you don’t know my daughter, I should mention that, for the most part, she has excelled at every sport she has tried. It would not surprise me if she was able to excel at playing football too. However, in the back of my mind, the nagging voice keeps coming back asking whether she should play football. I don’t know whether she will push this and whether she will really want to play, but it is something that I struggle with. 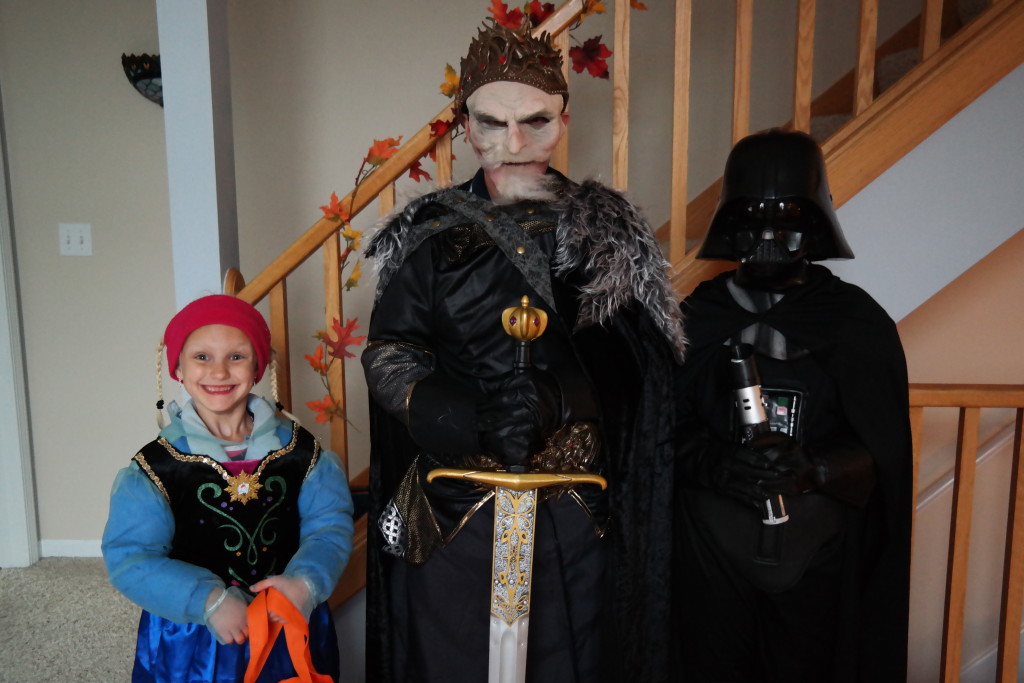 As a father I want to give everything to my daughters. I want them to be able to do anything that they want to do, as long as it is safe for all concerned. So I do try and make sure that my daughters can achieve their trees and that I support the things that they set out to accomplish. This may not always be the popular choice or societal approved choice, but I feel it is my duty to help them to see past the barriers that may exist based on societal expectations. So whether my daughters want to be Darth Vader or the star Quarterback, I will be there, always.

How to all of you handle these complex issues?