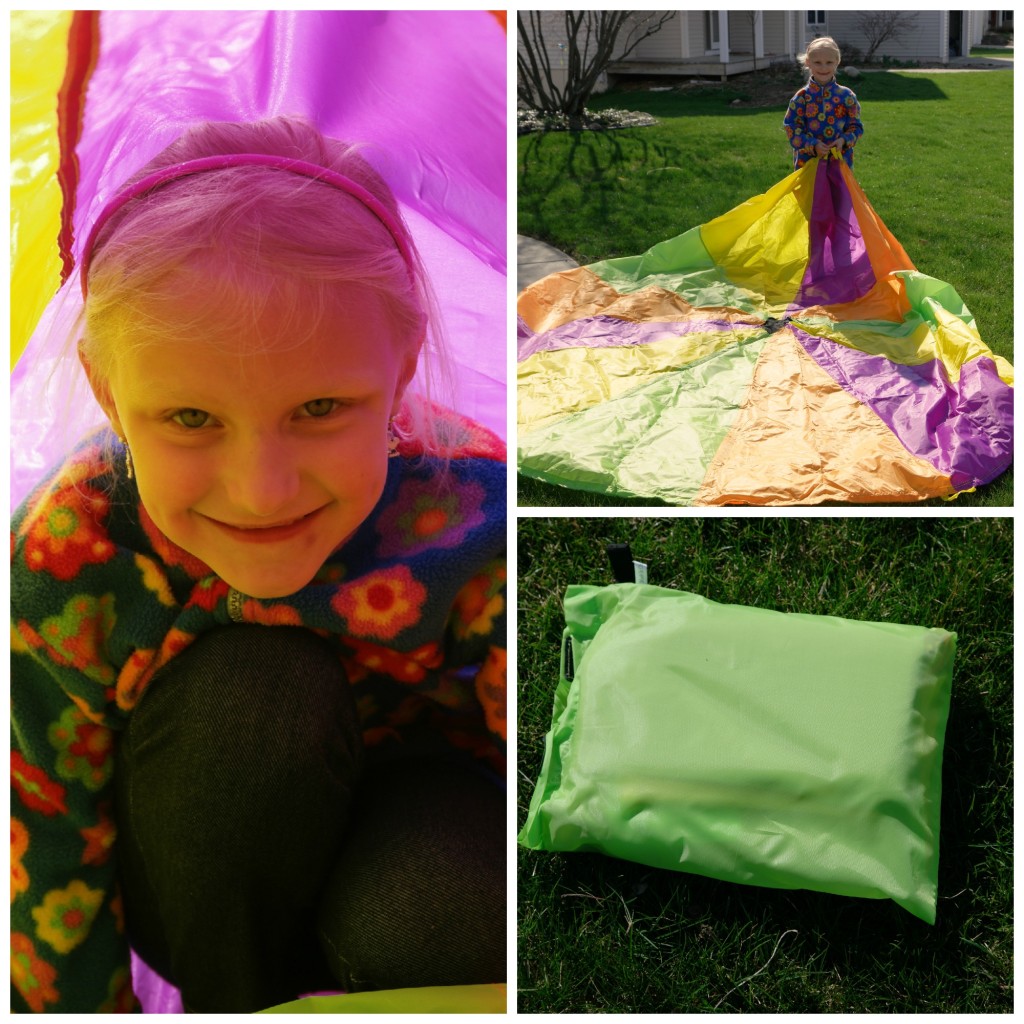 Living in Michigan there are so many times when I want to get outside with my kids, and for most of the year I can without any big issues, yet sometimes in the winter it can be a bit more challenging. That being said, now that we have been starting to have nicer weather, I have found that I am getting outside more and I love finding new products that I can use to have some fun with the kids too. Not that I have to have products to get outside, but it helps.

Since my kids were young my kids have always loved parachutes. I am not talking about bringing my kids skydiving. I am talking about the parachutes that they have played with at school. You remember them, You stand around the outside, can whip it in the air and pull it under yourself and then sit underneath it. You can also throw some balls on it and try to keep them on it. There are a ton of games they played with it over the years and they have mentioned many times over the years how they wished they had one of these at our own home. Now we do!

Recently I received one of these thanks to a great company, Pacific Play Tents. This company has so many amazing creative play items that allow kids as well as parents and kids to really get down on the ground and/or active with playing and using their imagination. While I was able to check out their parachutes, they have amazing tents, tunnels, chairs and so much more too. So many of their items are so unique, and very cool. Not only could I see these things as a part of an individual home, but I could also see these being used in classrooms too! 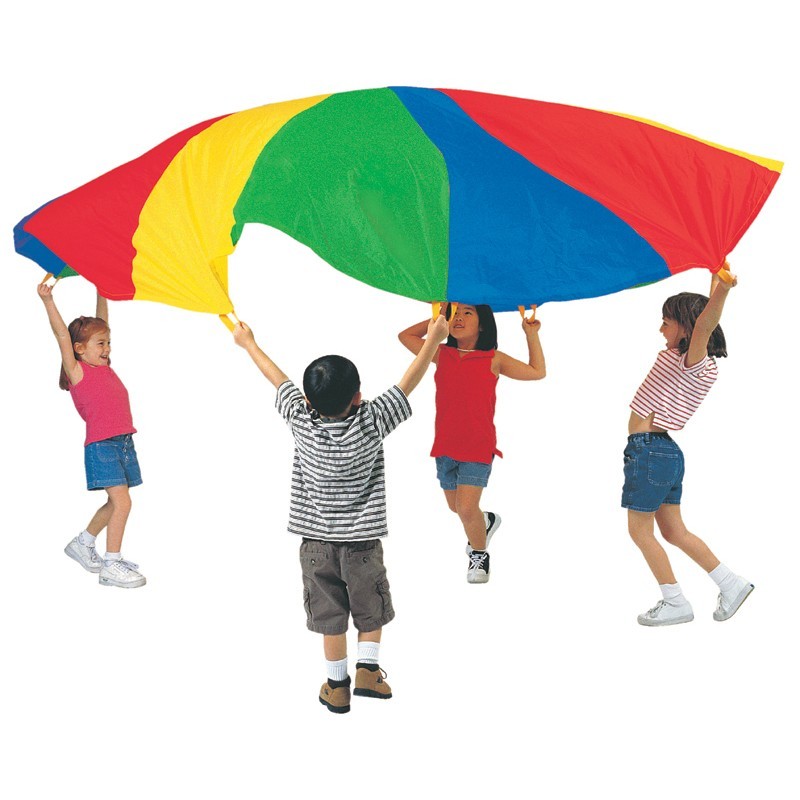 The parachute we tried was about 10 feet across, so it was small in comparison to some that we had, but that was ok with us. It came in a great bag that you could easily carry with you anywhere you wanted to go and was very light to carry too. The parachute was stitched well and thus was well constructed. We took it for a test drive and found that it worked very well. The first time we used it we found that we needed a few more people on the different handles to make it work even better. The second time that we pulled it out, we had more kids around, so it was a bit better and easier to use as well. 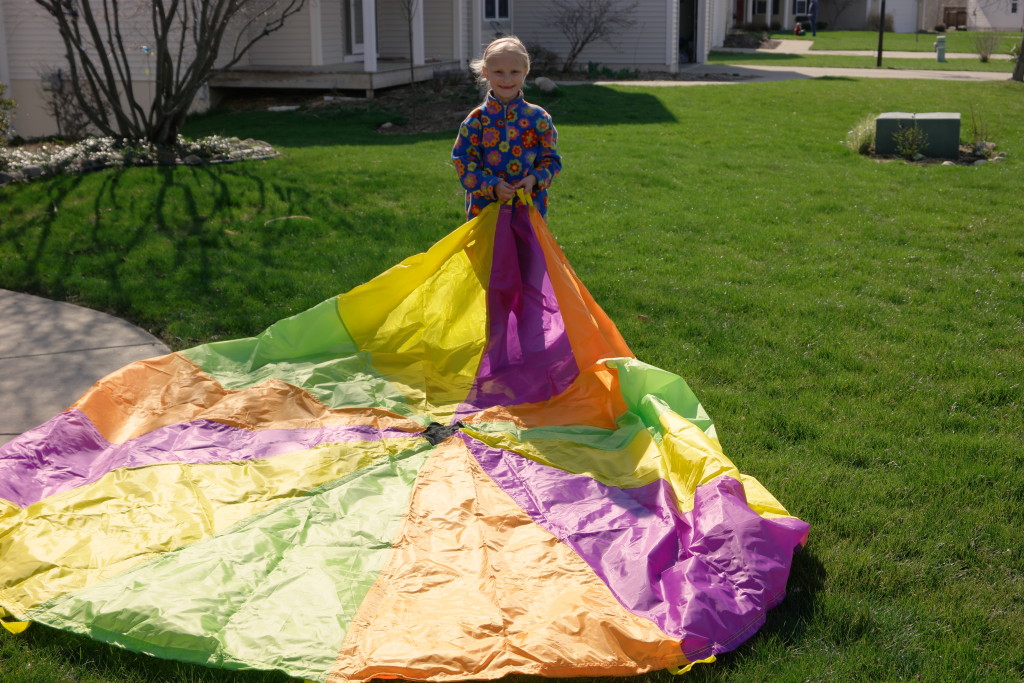