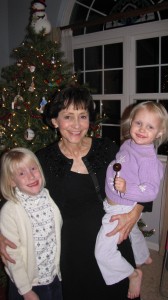 I hope that everyone had a very Merry Christmas and survived the holidays. We are in the midst of aftermath, but all-in-all, it was a very relaxing and happy day. We spent the beginning of the day with Nonna and moved on from there to spend it with J-Mom’s parents (Ama & Papa). Now we are decompressing and the kids are on overload, but are doing well as well. I hope that you all had a wonderful day and shared it with your family and friends! 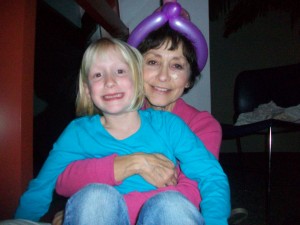 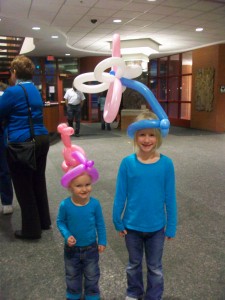 The girls were able to see a clown making some balloon hats and what can I say but these were some very crazy hats. Even Nonna got in on the fun! 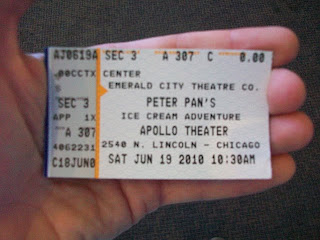 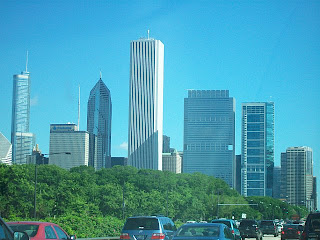 Last weekend I had the opportunity to experience two separate events in Chicago! I will talk about both separately as they were both great opportunities and we had a blast. Diva-J, her friend Emily, Nonna as well as Emily’s father and I were given tickets to attend a Peter Pan Ice Cream Adventure as a part of the Emerald City Theatre Company’s summer show series. I shared this great show with you previously and now had to experience it for myself! 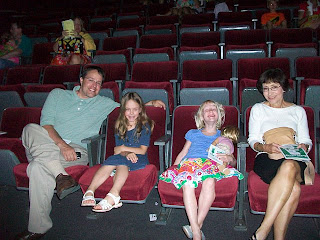 So we ended up getting up at around 5:30 in the morning to make sure we were fed and dressed so that we could make the 4 hour drive to the windy city. We packed the car with educational kids toys, videos and games to aid us on our trip. The girls were troopers and I have to say that having a portable DVD player within the car (with dual screens) was a life saver along the way.

The trip as mentioned was uneventful except taking a back route and finding that it was closed and then having to maneuver my way around these slight detours. All-in-all we had no problems and traffic was quite light until we hit downtown.

The Apollo Theatre, where the Emerald City Theatre performs is a small venue, but it’s intimacy allows for you to truly experience that show that you are seeing. 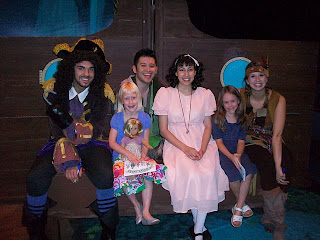 We were lucky enough to have front row seats and this meant that we were able to practically be in the production ourselves. There were times when I thought the actors were going to come and join us as they walked by, but alas they were professional and stayed in character.

One of the things that I loved about this production of Peter Pan was that they got the audience involved. The actors spoke with the audience and took what they said and incorporated it into the production itself in a few parts. This made the production fun and the kids could not say enough positive things about this as it allowed them to be a part of the show. 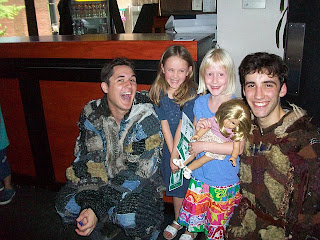 Everyone in the theatre and in the cast were so warm and willing to become engaged with the kids. This made the drive and the show an ultimate success in my perspective. Also as a theatre major, I appreciated how well the cast interacted together and how well the show flowed from start to finish. The show was so good that it went by too quickly. As soon as it seemed that it had started it was over, but I know that most of this feeling was in fact due to me getting engrossed in the story and the music of the show itself. You get transformed and I found myself inadvertantly smiling with enjoyment throughout the play. 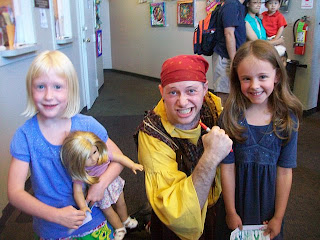 There are still a few Ice Cream Adventure productions (where the guests get ice cream sandwiches after the show) left in the season and I would definitely recommend the shows to anyone looking for a great time. You will get transformed and brought to Neverland with the cast. It is a journey worth taking! Just look at the faces of these girls and know that all of the kids (that I saw) at the show had similar smiles leaving the theatre!