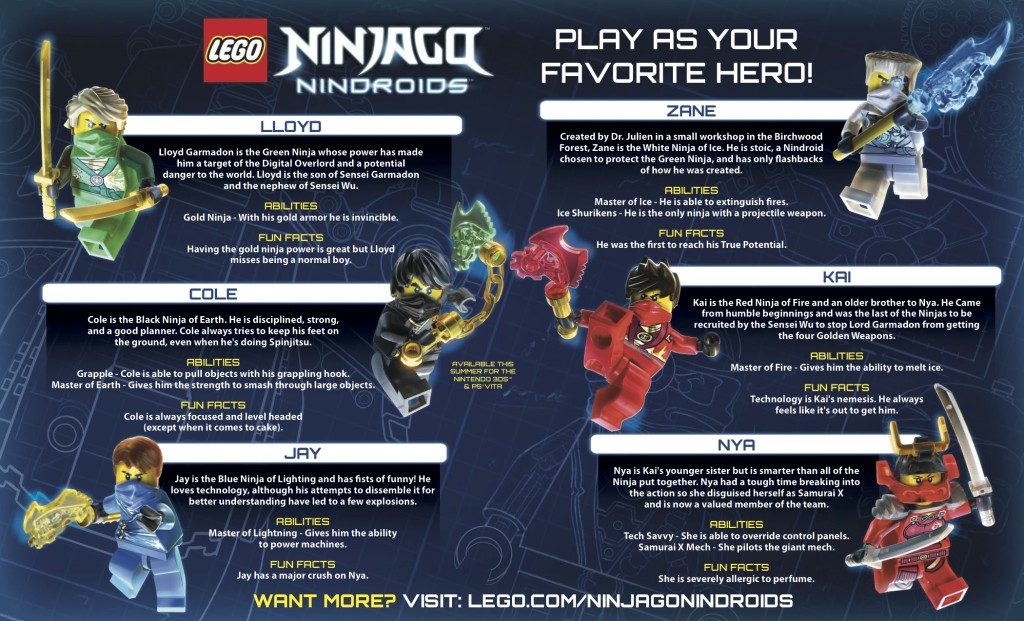 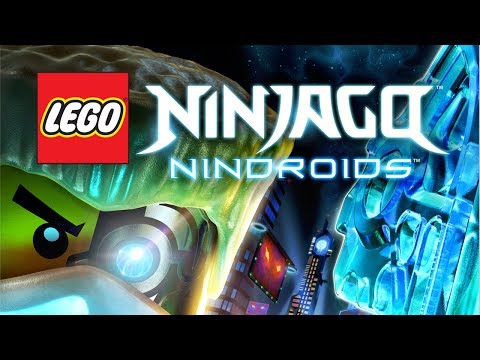 The highly popular LEGO® Ninjago™ videogame franchise is back with high-kicking action and adventure!  LEGO® Ninjago™: Nindroids™ comes to the Nintendo 3DS™ and PlayStation®Vita™ this summer.

Based on the first five new episodes of the animated TV series, “LEGO Ninjago Rebooted,” players will battle and defend the New Ninjago City where the Ninjas face a technological threat by the evil Overlord and his robotic army of Nindroids. Using swift combo attacks, unique fighting moves, special weapons and new vehicles, the Ninjas must fight with all their might to save Ninjago.

Be a true Spinjitsu Master!  Play as your favorite Ninja and battle enemies with combo moves and attacks including punch, kick, jump, throw and Spinjitsu.

Use your new Technoblades to hack into computers, solve puzzles and play mini games.

Hang out at the Hub in New Ninjago City and partake in a variety of fun activities. Hang out with the characters of Ninjago, use your Gold Bricks to build a special surprise, or prove yourself in Grand Sensei Dareth’s Dojo.

How would you like to win a copy of the 3DS Game for yourself or for your family? All you need to do is fill out the below form to be entered.  The contest will run for one week and will end on August 11, 2014.