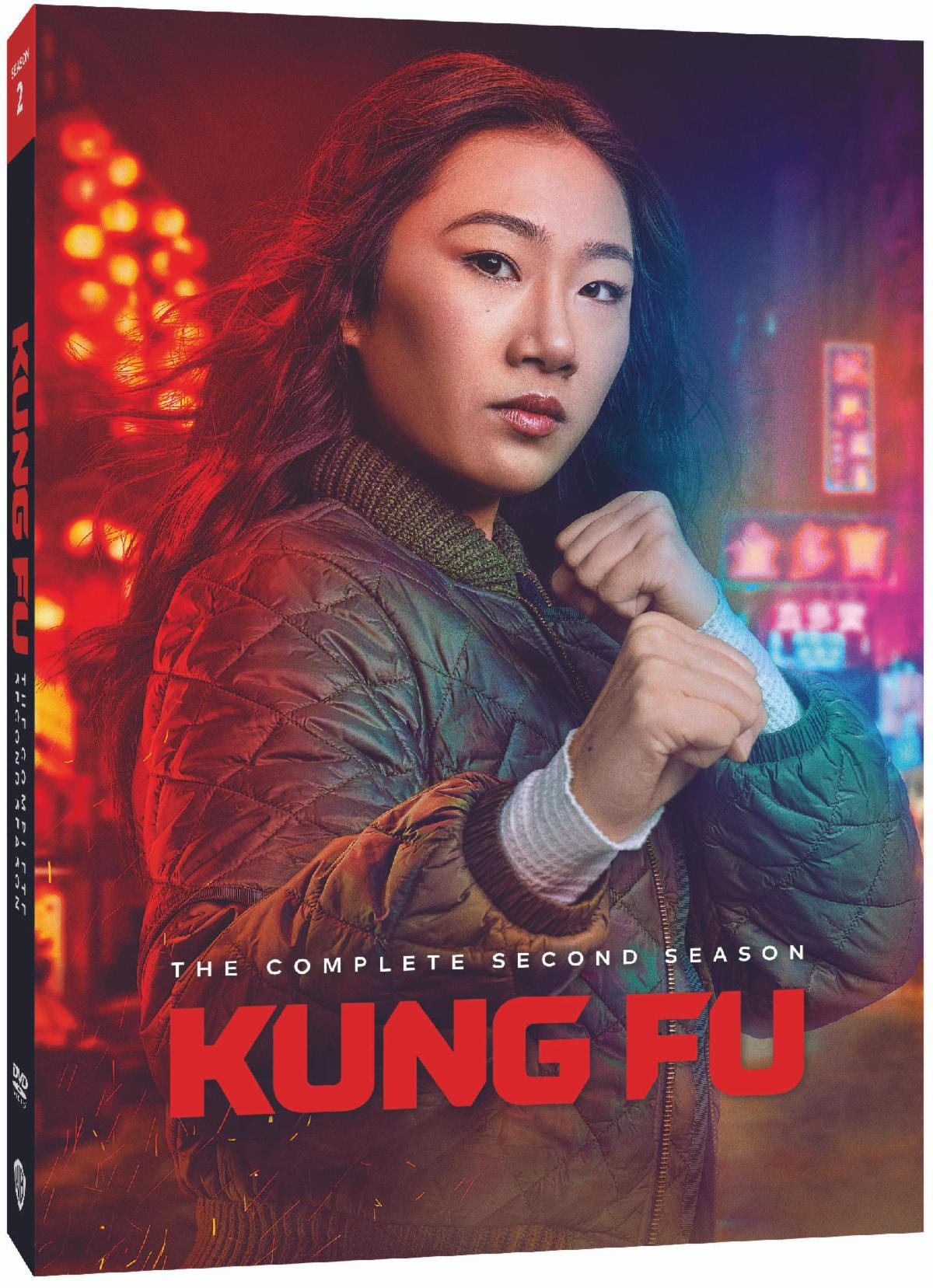 Get in on the action and fight the good fight as Warner Bros. Home Entertainment brings you Kung Fu The Complete Second Season on DVD. From Award Winning executive producers Greg Berlanti and Sarah Schechter, indulge on all 13 action-packed episodes from the second season, plus a gag reel in the bonus features. Kung Fu: The Complete Second Season is priced to own on DVD at $19.99 SRP ($24.99 in Canada) and is also available to own on Digital via purchase from all major digital retailers?and is streaming on HBO Max.

Six months after the explosive events of season one, Nicky and the Shens are in a great place: Nicky’s been using her Kung Fu skills to keep Chinatown safe, she and Henry are only deeper in love, and the family are all in the know about Nicky’s extracurricular activities. Everything’s great…until the reemergence of Russell Tan and the surprise appearance of Nicky’s cousin, Mia.

Christina M. Kim (Blindspot, NCIS: Los Angeles) serves as executive producer/co-showrunner of the series with Robert Berens (Supernatural). Greg Berlanti (Doom Patrol, The Flash), Sarah Schechter (Superman and Lois, The Flash), Martin Gero (Blindspot) and David Madden (Superman and Lois) also serve as executive producers. Kung Fu is produced by Berlanti Productions and Quinn’s House in association with Warner Bros. Television and is inspired by the original series created by Ed Spielman. The series received an early renewal for its third season and is considered one of The CW’s “most-streamed and socially-engaged programming.” Season 3 will air on The CW this Fall.

This is a great new season of Kung Fu. If you have never seen this before, it has a great story with great action with characters that you will connect with. Each episode seemed to me to get better and better and by the end of the season I was ready for Season 3! As mentioned, if you have never watched this and love action, this season and this series is one to watch!