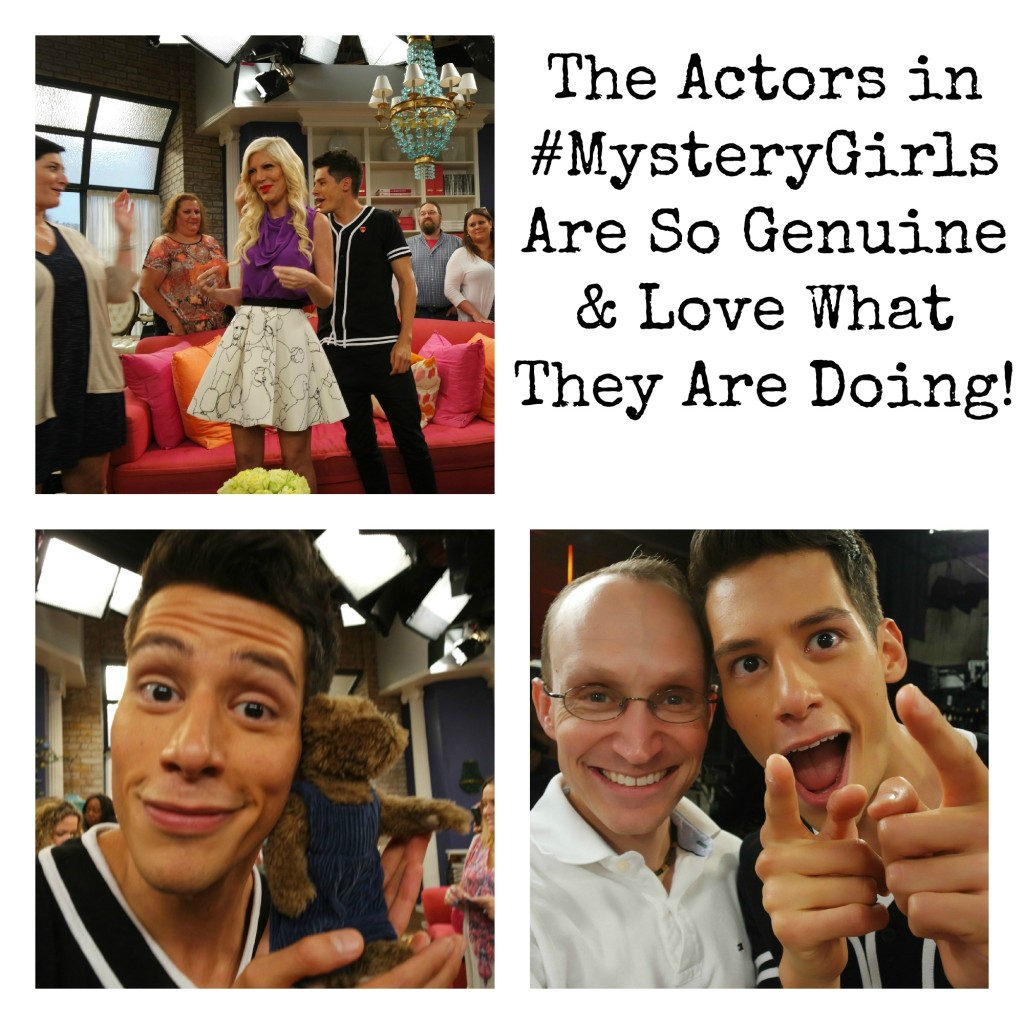 When I found out that I would have the chance to go to the #MysteryGirls set when I went to the #ABCFamilyEvent in Los Angeles, I did not know what to expect. I had never really been to a television set in the past so I knew that this would be a great opportunity and definitely a learning experience.

When we arrived on set, we came to find that they were taping the final episode of Mystery Girls  for the season. Jennie Garth and Tori Spelling were on set recording a scene, and you could see the chemistry that they had working together. I was really impressed with the whole process, of take and retake until they got the scene right. As a sitcom, I came to learn that they spend the first few days of the week practicing lines and running scenes. Midweek, they tape some of the special scenes and at the end of the week they run the show with a live studio audience.

In between scenes, we saw how they use stand-ins for the actors to get the scenes right. I loved how these individuals wore signs around their necks to show which characters they were. Once they ran a scene, the actual actors would come in and the director would work with them to make it even better in the end. While running the scene, the director would have the actors run the scene a few times and each time give them some feedback about their scene and what they could do to change the scene, until it was as perfect as it could be.

Outside of watching the episode, we also got to interview both Tori Spelling and Jennie Garth, as well as Miguel Pinzon. I did not have a ton of e 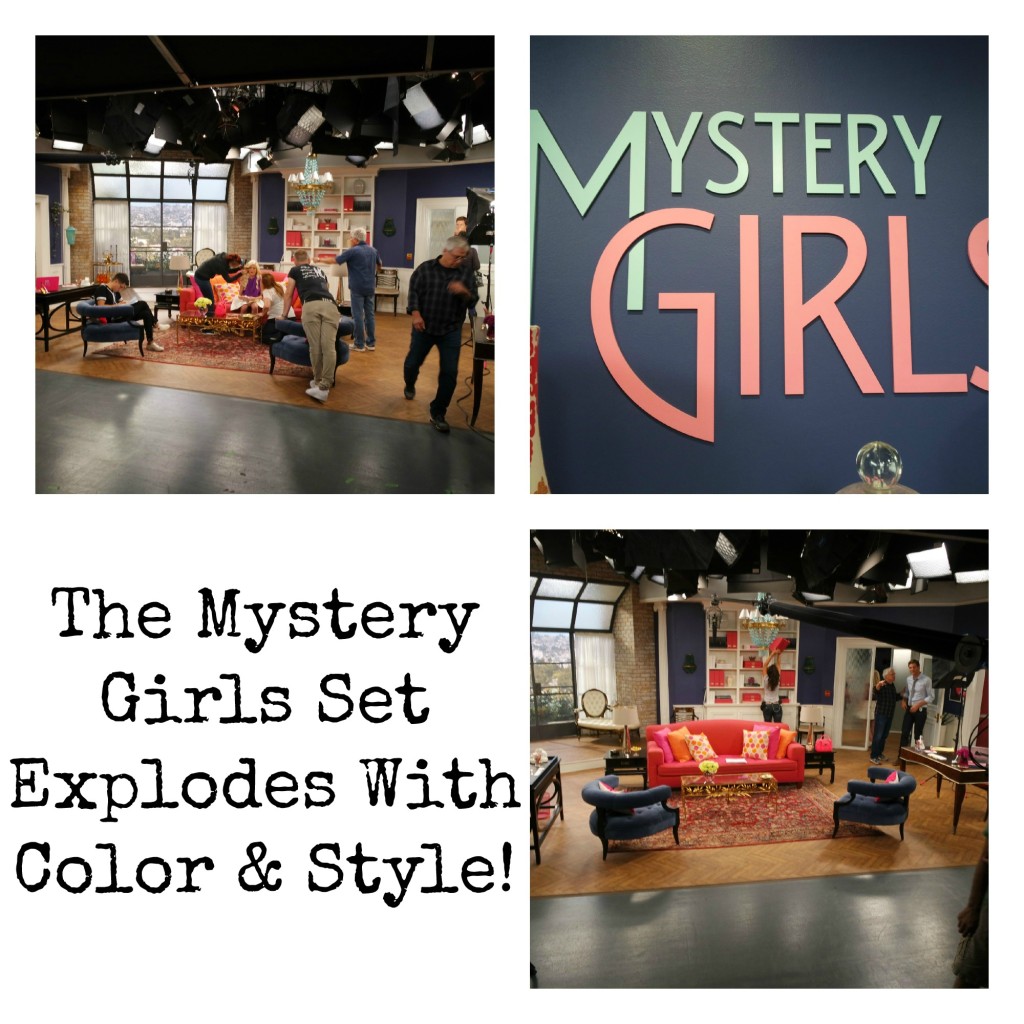 xperience in interviewing actors, but being on a few feet (at most) away from these actors was surreal, especially with Tori Spelling and Jennie Garth, as I have known them through their work for years, and not I get to hang out with them.

To start out Jennie Garth and Tori Spelling were very gracious with their time and were more than willing to share themselves with all of the 25 bloggers at this event. We asked them many questions and I actually recorded it, if you care to listen (click below).  Tori mentioned that the idea for Mystery Girls came out of a Christmas Movie that she was in about a year ago. She had decided that she wanted to create a series that was something like Remington Steele and a Comedy, all rolled into one. As she was creating this, she hoped that Jennie would be willing to do the show with her, especially because of their special relationship. In the end Jennie was interested and they ended up moving forward with the show. As I mentioned earlier these two actresses have great chemistry and you can see why it works to have them working together in the show too. Jennie and Tori were asked about their best parenting advice. Jennie stated that she believes in structure because she wants to protect her kids to let them be as young as they can for as long as they can. She even mentioned that she hoped that her kids would not want to be in the acting business while they were young. Tori mentioned that as parents we all need to follow our instincts, over love our kids and talk about feelings with our kids! 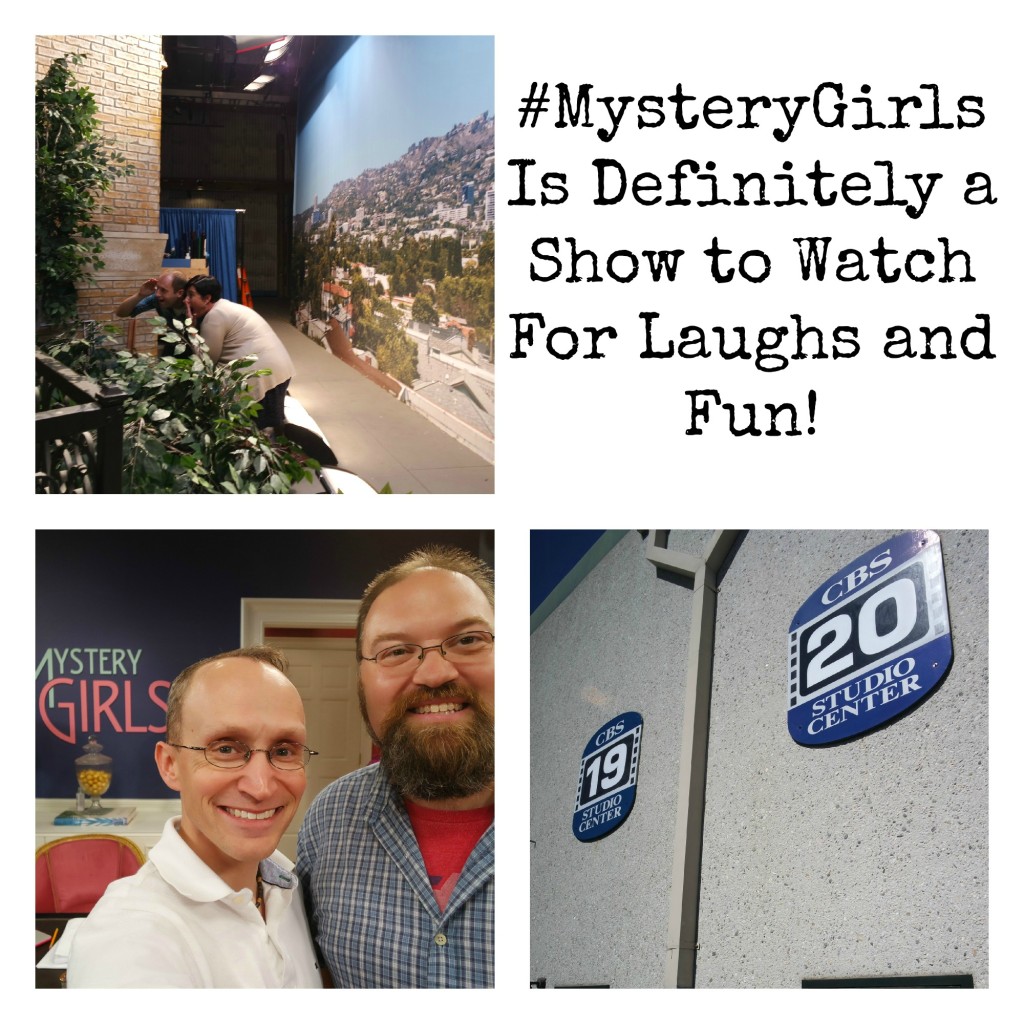 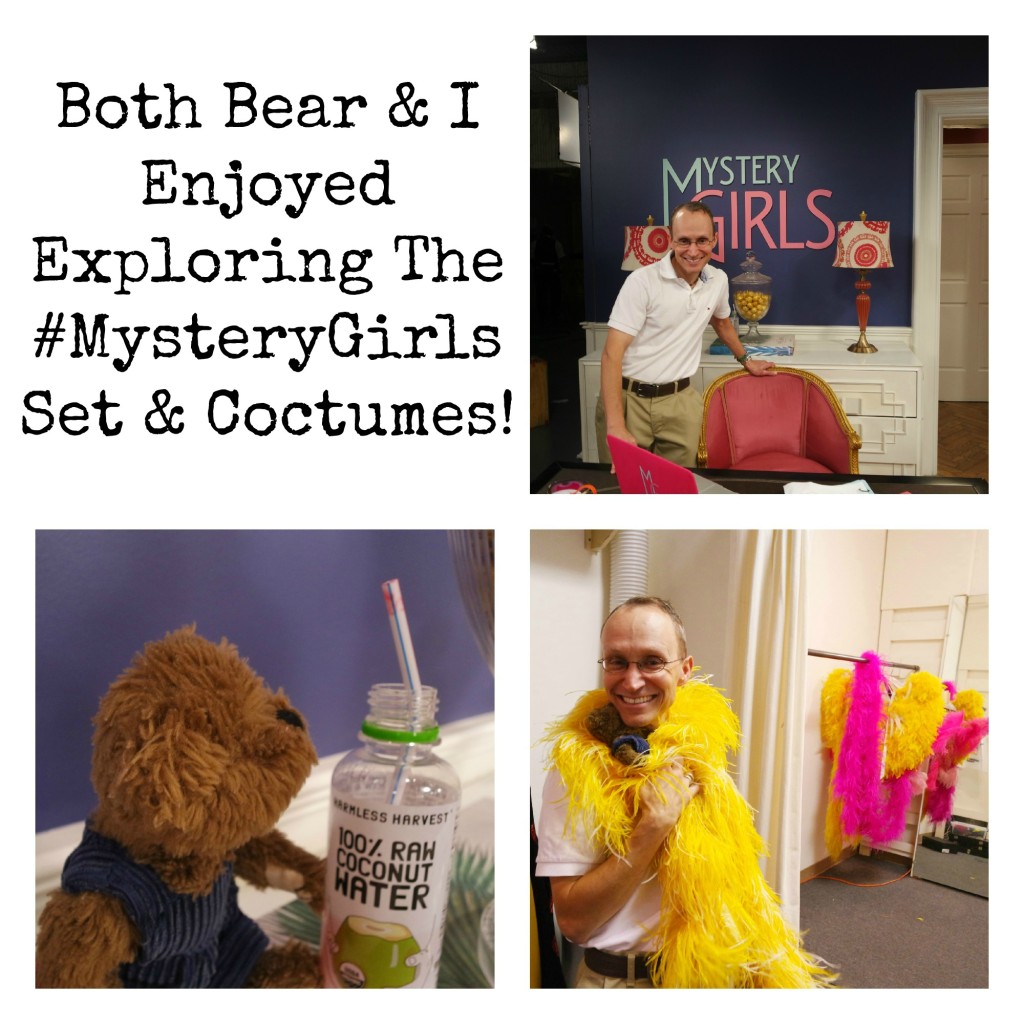 In interviewing Miguel, I found him to be as funny and genuine in real life as he was in person. I was very impressed with his candor and his self-deprecating wit. He mentioned how amazing it was to play a queer character on television and how he loves being able to use humor everyday. He was asked what he would suggest to aspiring actors and he shared the following:

One of the best parts though was talking to Miguel about his nomination for a teen choice award that he received a bit earlier that morning.

If you are interested in reading more about the great interviews that I was able to take part of you can see the transcripts here:

Overall this was an amazing event and experience. All of us had a blast watching, interviewing and even having fun on set!

More information about the show can be found at the below sites: