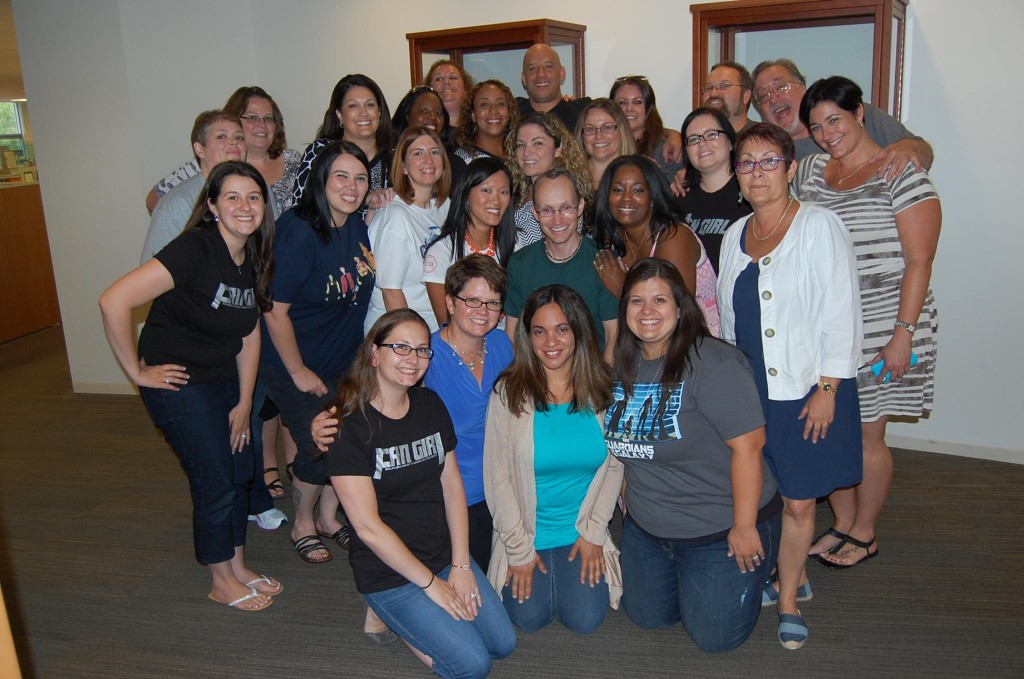 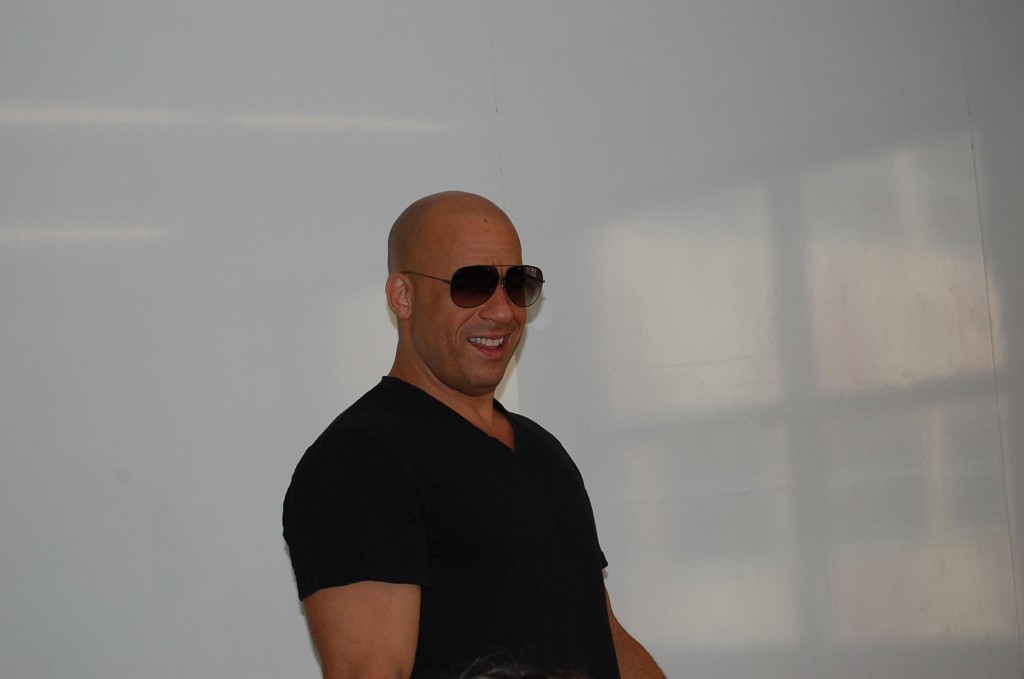 The last interview of the day that we had for the #GuardiansoftheGalaxyEvent was with Vin Diesel. I did not know what to expect with him as in many of the roles that he has played in the past he has been an action star that has not always been the nicest character. In Guardians though he plays Groot, a character that I have to say had to be one of our favorite as a group, even though he only spoke a few words in the entire film.

As Vin Diesel walked in the room the applause that we gave him I think surprised him and took his breath away as he seemed to be genuinely touched by it. He actually took it and then said, wait a minute, let’s do that again and we gave him a HUGE reception again after that. This was the start of a great interview. One of the questions that we started with was really about how he got into the film itself. He mentioned that it really was his Facebook fans that got him and Marvel Studios talking. His fans and the people attending Comic Con kept asking Kevin Feige when Vin Diesel would be in a film, and from there, the rest is history. The persistence of his fans made him consider the film and when he talked to the Studio about the role of Groot, he mentioned that he brought the concept art of the entire character line to his kids. He asked his kids who they thought he was being asked to play and they all pointed to Groot, and that for him in the end sealed the deal. 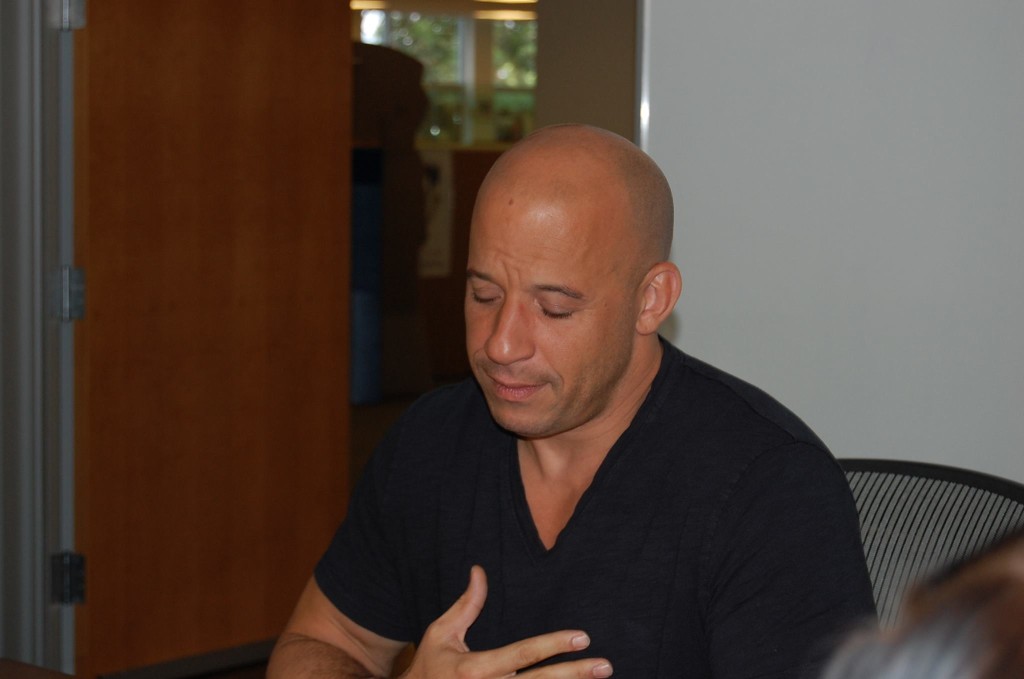 He mentioned that he had the opportunity to take his kids to the film and they simply loved it. He now says that the kids will not stop listening to the music from the soundtrack and are singing the music around the house all of the time now. Now after doing the movie and sharing it with his kids he mentioned that there has been some unexpected things that have happened such as the fact that anytime that his kids see trees they mention “Look dad, it’s your brothers and sisters!”. 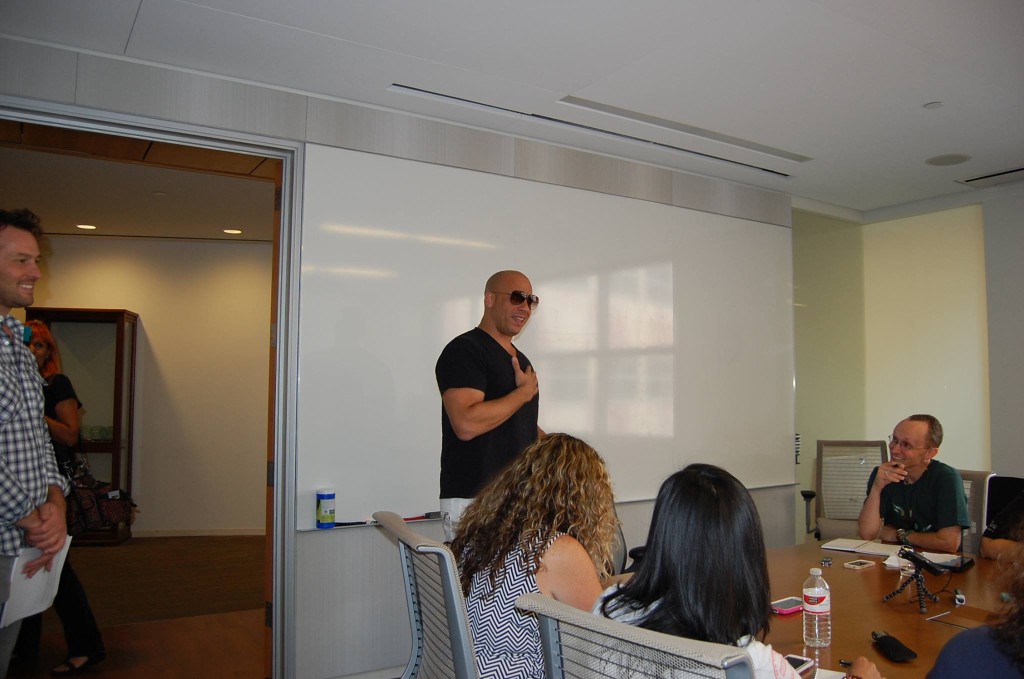 Vin Diesel mentioned that he feels that Groot truly is an ambassador for the environment, and that through his role in the movie he and Groot have the opportunity to educate and advocate for people to have a respect and appreciation for nature. The idea of sacrifice was also a powerful message that he wants his own children and others to take away from the movie as he felt that Groot models this and opens up the opportunity to have meaningful dialogues because of this too. 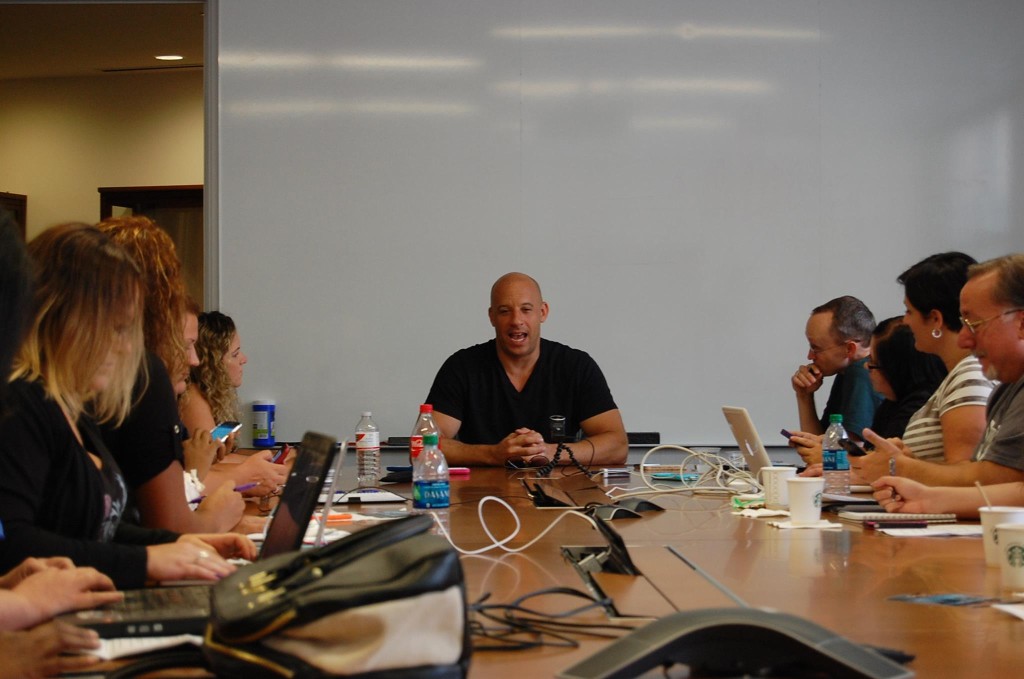 When asked about being on set, Vin Diesel stated that he was never on set, but that he was in the recording studio. When recording in the studio though he really got into his character as he ended up wearing jumping stilts the entire time that he was recording so that he could be at the 7’5″ height that Groot would be at, allowing him to truly become the character. He mentioned that “sometimes you only need one thing to get you into character” and the stilts were it for him. 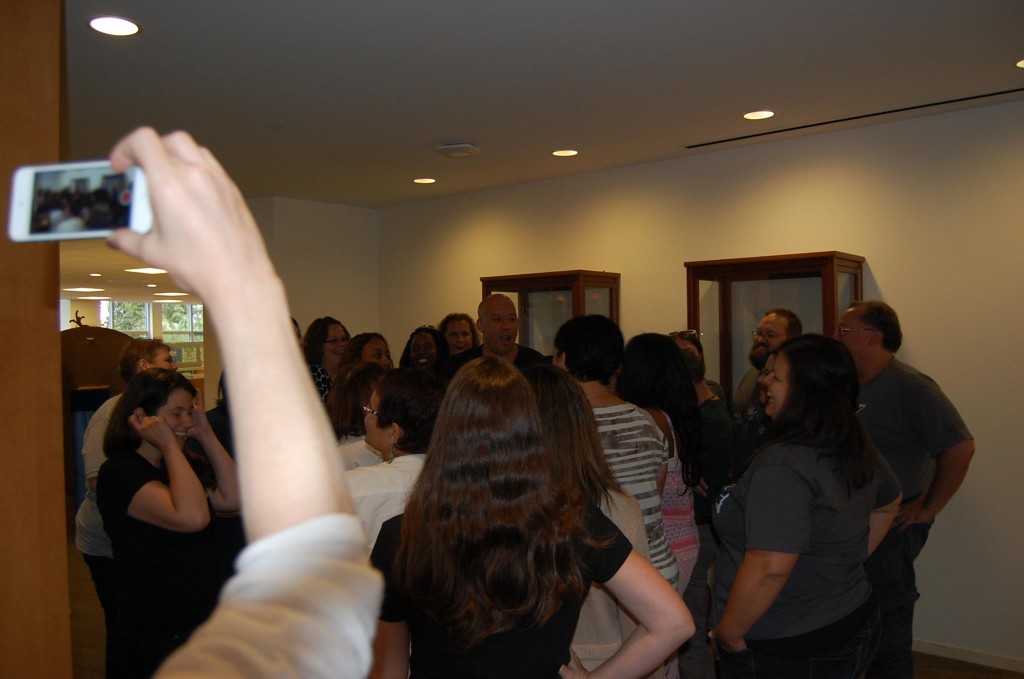 At the end of our interview we were surprised as we headed out for a group photo for Vin Diesel to break out into the song Hooked on a Feeling. Once he started though, we all joined in and had a blast for the first 2 verses. I have to say that Vin Diesel has a great singing voice and I would not have known or expected that! This was an amazing interview with a great actor that was open, honest, kind and caring, much like the character that he portrays in the movie!

Want to learn more? The transcript of the full interview can be found here: https://www.dropbox.com/s/bc4cz5hcqqolqfz/GOTG-VinDiesel.doc