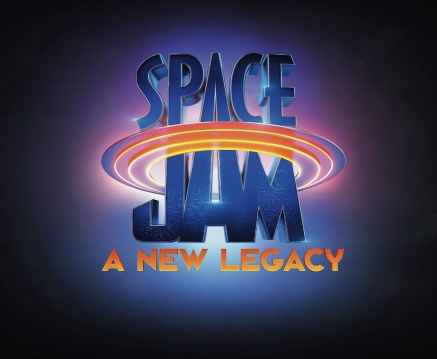 Welcome to the Jam! Basketball champion and global icon LeBron James leadsing a team of Looney Tunes characters in a sequel to the 1996 pop culture beloved film which starred NBA Hall of Famer Michael Jordan and Bug Bunny. From director Malcolm D. Lee and an innovative filmmaking team including Ryan Coogler and Maverick Carter. This transformational journey is a manic mashup of two worlds that  reveals just how far some parents will go to connect with their kids. When LeBron and his young son Dom are trapped in a digital space by a rogue A.I., LeBron must get them home safe by leading Bugs, Lola Bunny and the whole gang of notoriously undisciplined Looney Tunes to victory over the A.I.’s digitized champions on the court: a powered-up roster of professional basketball stars as you’ve never seen them before. It’s Tunes versus Goons in the highest-stakes challenge of his life, that will redefine LeBron’s bond with his son and shine a light on the power of being yourself. The ready-for-action Tunes destroy convention, supercharge their unique talents and surprise even “King” James by playing the game their own way

Space Jam: A New Legacy arrives July 16 at movie theaters and on HBO Max. I was pumped to participate in a round table discussion with actor Don Cheadle, who plays the role of the out of control algorithm Al-G Rhythm that serves as the film’s main antagonist, and a number of amazing dad bloggers joined in to get Don Cheadle to talk about fatherhood, his role in the film and more!

The major dynamic of the film revolves around the relationship between Lebron James and his son. You get to see into the role of a father in shaping the future of their child. You also get to experience first-hand what it means to allow your child to grow into their own person versus making them conform to the role that you as a father have set in front of them. The movie has some great messages within it, while at the same time, also has some great lines with humor and of course, off the wall looney basketball. In the end, there are sacrifices made, friendships created and internal and external villains vanquished in this great family film. One of the other great things you will see is a slew of amazing characters that fill the stands during the epic basketball game that commences. From Harry Potter to the DC Universe, Scooby Doo and more, you will see characters that will put a smile on your whole family’s faces.

In Space Jam: A New Legacy it is Al-G Rhythm vs King James in a looney b-ball match that is a fun family movie night flick. Space Jam 2 is rated PG for language and cartoon violence. For more information about the film go to spacejam.com.