I have been thinking a lot about what the name of this blog means. The history behind the name is as such: When I started the blog, I started it initially as random thoughts I would share with whoever would listen, as well as family and friends.

As I started to read more from other Dad Bloggers I saw the wealth of rich knowledge and experience that was being shared with others and I wanted to be more of a part of it.

When this realization hit, I was talking to J-Mom and told her that I wanted to have a creative name to talk not only about myself, but also one that was relevant to my family life. Knowing our girls quite well as she does, she came up with the name Dad of Divas (Thanks Sweety)!

At first a Diva was just that, but recently, as I have been thinking of the blog redesign that Summer worked on for me, I started to think in terms of acronyms.

This truly encompasses my life on a daily basis, as probably many dads could also attest.

SO as I continue to blog I will use this as a way for me to filter my thoughts somewhat at least and this will also give you an idea of where I came from and what DIVAS really stands for (outside of the literal meaning that is)!

Questions? Drop me a line at [email protected] I was honored to be asked to Guest Post by Jeremy over a Discovering Dad. Please come over to visit and see what I have to say regarding 10 things that you can do with your child this summer!
————————————————————————–
New to the Divadom? Please Subscribe to my RSS Feed! Subscribe in a reader
Questions? Drop me a line at [email protected]
I look forward to seeing you back here again! 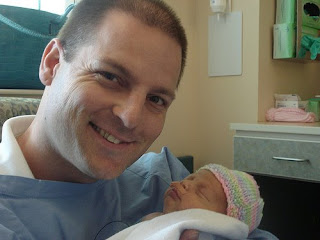 Whether you are a mom or dad, male or female, you should check out Jeremy over at Discovering Dad. Since I have started blogging a bit more full time this site was one that I found early and I loved what I was reading.

Jeremy has a way of captivating his readers as well as encouraging some very good conversations based on sometimes touchy topics.

Some of his more recent examples of this was a multi-day posting events about:

Or his heart-wrenching tale of the recent premature birth and drawn out hospital saga of his daughter Caitlin.

And I cannot forget about his continual series spotlighting Dad Bloggers as well as his monthly Blog Carnival and his past series on What Moms think.

Jeremy not only writes well, but he continually is willing to lend a helping hand to a new blogger. I found myself early in my blogging experience reaching out to him for advice as I could tell he knew what he was doing (or did a very good job at faking it). I have enjoyed getting to know him both on and off his blog and look forward to continuing to read his thoughts and his journey at becomming a better father and husband. 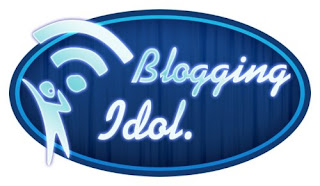 Jeremy has decided to reach out to the masses and attempt to boost his readership through the blogging idol competition and I completely support him on this one! So I encourage all of you to go and visit his site and subscribe via RSS or Email…you will not be sorry that you did!

The Art of Manliness is sponsoring this week’s Manival and there are some great submissions this week (including my own!). I encourage all of you to read some of the great blogs that are out there and encourage other dads and men to do so as well!

Womopo presents 3 Highly Effective Ways To Meet More Women. If you’re a single guy looking for love, Womopo suggests several places where you can meet the kind of woman you’d want to settle down with.

A Good Husband asks What Does Religion Mean to Your Marriage? Cory recently did a survey about religion’s place in people’s marriages. There were some interesting results.

iamhusband asks and discusses Why Doesn’t She Want Sex Like I Do? According to iamhusband, men need sex to feel loved and women need love to have sex. While it seems like a setup destined for frustration, this post suggests ways men can be better husbands and show selfless love for their wives.

The Simple Marriage Project takes on the issue that has plagued many a married man: the wandering eye. In Man Up: It’s Just Window Shopping, Right? Corey argues that “window shopping” isn’t as harmless as men think it is to a relationship.

Hayden Tompkins discusses Why She Loves Dating an Older Man. Hayden is the author of Persistent Illusion and one of Art of Manliness’ favorite female readers. Hayden discusses why she enjoyed dating and marrying her husband, an older man. Hayden’s husband sounds like quite a guy.

Jeremy at Discovering dad asked several dad bloggers what they think about honest communication. The post originated from a question that a mom blogger had. Great discussion on having better and more open communication between you and your spouse.

Harrowed Parent talks about how he’s implementing Father-Son Bonding Time. The take away: start early and make time for it.

Dad of Divas presents A Father as a Beacon to his children. This is a really great post. He makes a great analogy of fathers as lighthouses for their children. Like lighthouses, fathers should put out a beacon of light so their children know how to stay out of harm’s way.

Totally Consumed presents On Being a Stand-Up Guy: For Dad. This man’s father is an example to all men on what it means to be a good husband. It means giving and expecting the best from those around you.

Daddy Brain presents Equal Rights for Kids, Part 1: Let Your Kids Decide. Helping your kids make decisions on their own is important, but remember, you’re the parent. Don’t let them run the house.

Being Michael’s Daddy presents Traditions, a humorous look at one man’s goal at creating family traditions with his son.

John Stewart discusses careless and stupid parents. Being a good father means not doing things that will harm your children. I am amazed by the guy who put his toddler in a plastic bag. What an imbecile.

James Hills presents Mancation Story: Annual Buffalo Bills Away Game and breaks down a mancation that one group of men took. It’s cool reading how they planned and carried out their man trip.

Primer Magazine presents Hero Training: Evacuating the Wounded. Are you ready to carry out a wounded person? This article shows some techniques on carrying a wounded person.

Return to Manliness presents Manliness Trait: Try To Be Interesting, But ALWAYS Be Interested. Dale Carnegie said the best way to be charming is be interested in other people. Put the focus on them and you’re sure to shine.

Stormbringer’s Thunder discusses the man hating that seems to be prevalent in society in Man Bad, Woman Good. Great points on the bad arguments some feminists make about men and the lousy portrayal men get in the media.

Alessandro presents Sprezzatura and gentlemanliness. He gives a nice review of a book called The Complete Gentleman: The Modern Man’s Guide to Chivalry. Looks like a good book. Have to put it on my “to read” list.

Paul Cat presents Is chivalry dead? This post takes on some of the arguments that chivalry is dead (or should be). Interesting responses. Personally I think men should still practice chivalry. Most women I know agree.

Dr. Awesome presents Crocs and Clogs. No man should be caught dead in crocs or clogs. Crocodile skin boots are okay, though.

If you’d like to submit to next week’s Manival, please use this form.

Many of you have seen the pictures that I take and know how much I enjoy photography… the only challenge for me is the camera that I am using… I have a 2003 Kodak Easyshare and it is definitely starting to show its’ age and sometimes that reflects in the images that I get as well… so this camera would be a dream come true… so I have no idea if I will be chosen, but here’s hoping!

I encourage you all to go over and not only enter but also read Joe’s entries…he has a great way of putting parenting issues into perspective in a humorous and sometimes blunt way that is refreshing.