Our 714th Dad in the Limelight is Colin Gray, Managing Director of The Podcast Host Podcast. I want to thank Colin Gray for being a part of this series. It has been great getting connected with him and now sharing Colin Gray with all of you. 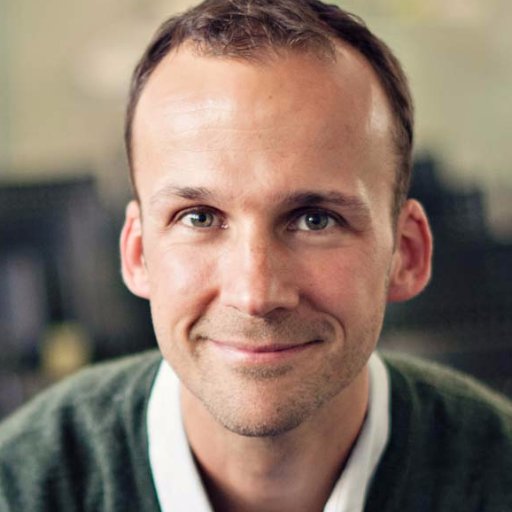 1) Tell me about yourself, (as well as how you are in the limelight for my readers knowledge)
My name is Colin Gray and I’m a mid-30s guy from Dundee in Scotland who’s run a few businesses over the years, mainly as an excuse to avoid ever having a real job. These days my work passion is Podcasting. My company helps anyone or any business to create their own show, and to grow a legion of loyal fans based around their knowledge and experience. I run a few podcasts of my own, and I do a fair bit of public speaking on the subject. Other than that, I’m really interested in the startup world, and the whole subject of starting and running a sustainable, successful and ethical business. 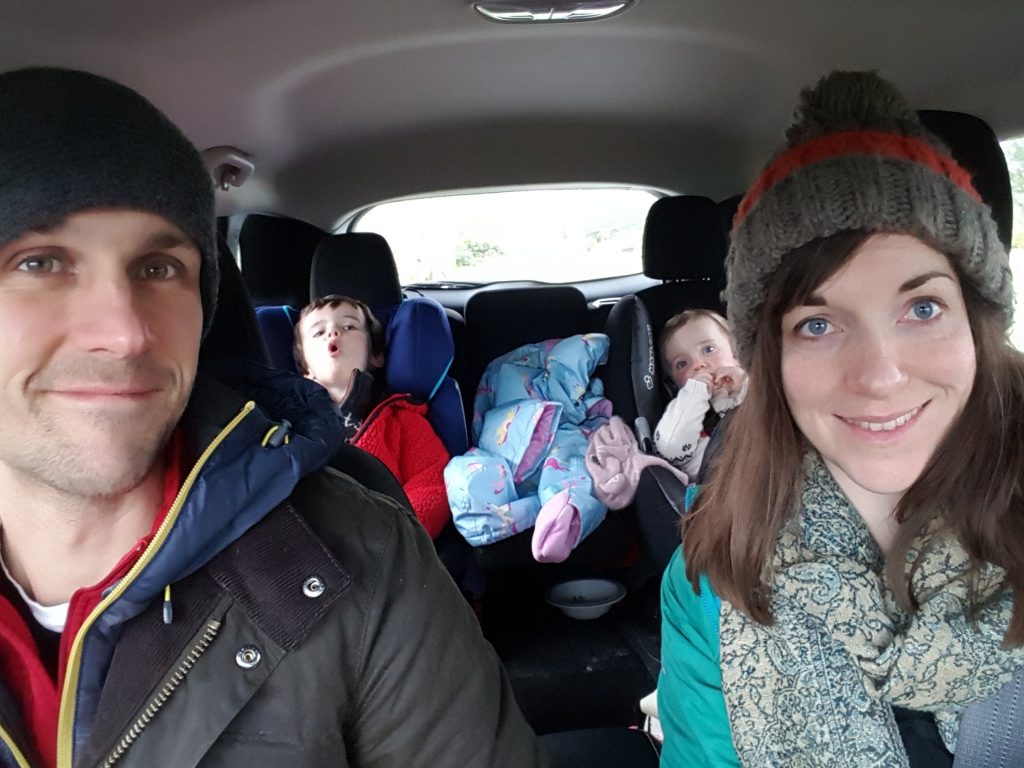 2) Tell me about your family
I have a brilliant wife and two little menaces…eh, I mean kids. My wife’s a doctor and we met right around when I turned 30 and were both living in Edinburgh. A few years later we had our son, who’s now 4, and then came our daughter, who’s now 2. Al is great fun now, starting to get into games and sports and all the fun things. And Dee is a wee radge who tyrannises the rest of the family, getting her own way at least 95% of the time. 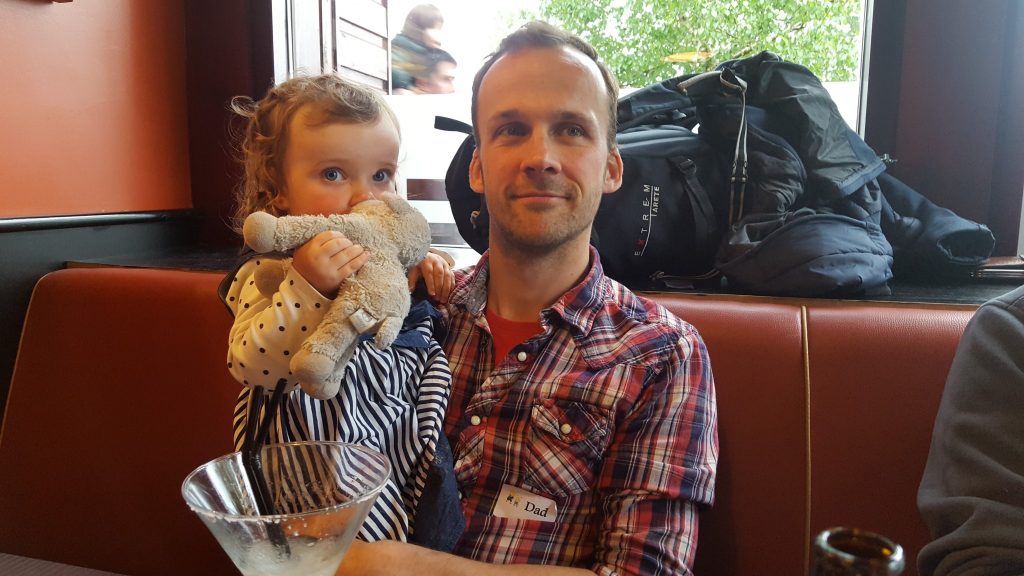 3) What has been the largest challenge you have had in being a father?
Dealing with losing a whole lot of my own time. I’ve always been a guy that enjoys his own company and spends them on too many hobbies. Sometimes I grudge the fact that I can’t go out biking whenever I want, or go off and play cards with a few friends. In the early days I struggled because young babies don’t necessarily give a whole lot back, and I would feel like I was just passing the time when with them. It still challenges me, but I’m figuring it out – see below! 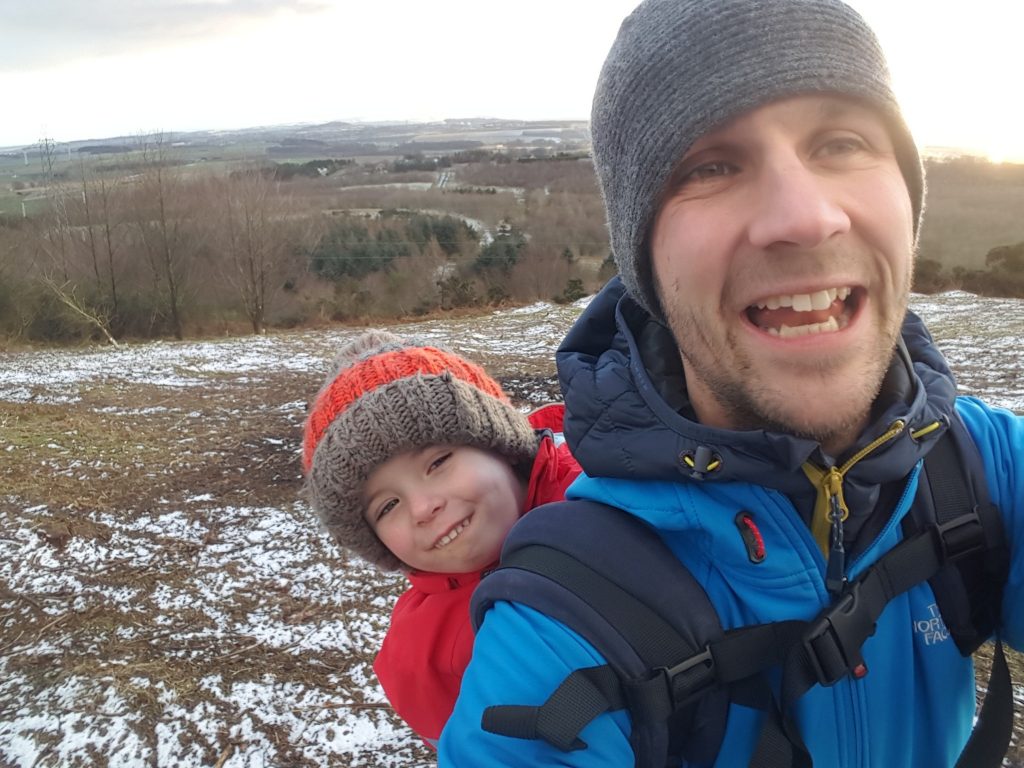 4) What advice would you give to other fathers?
If you’re not a ‘baby guy’ it’s fine. I’m not. I would step in front of a bullet for my kids when they were babies, of course, but I have to admit, I found the first year more boring than exciting, as I mentioned above. When personlity comes, though, it all changes. You can start to get something back, to teach, to play. Nowadays, I find ways to make time with them ‘my time’ even if it’s doing something I wouldn’t exactly choose to do on my own! I love teaching them new things, so that’s always a great one, and I’m a geek so finding games to play with them is brilliant too. Even if it’s just helping my daughter to arrange her little toy kitchen, I’ll do silly things like do my stretches at the same time. I can sit in a squat and help Dee put her dollies to bed at the same time no bother!

5) How have you come to balance parenthood and outside life?
My wife and I have come to realise that scheduled time might seem like the most boring and anal thing ever, but that it’s just essential when you have kids. We try to share the mornings out for time by ourselves. Eg. I’ll have Saturday until midday to do whatever I want, and she’ll have Sunday till midday. So, if I get up early, I can get out on the bike for a few hours, easy. That’s great. Evenings, too. We try to organise games nights during the week, or a regular evening with friends. When we first talked about it, it made me feel like I was turning into an accountant for our time – I grudged the discipline – but I love that quote: “Through discipline comes freedom.” 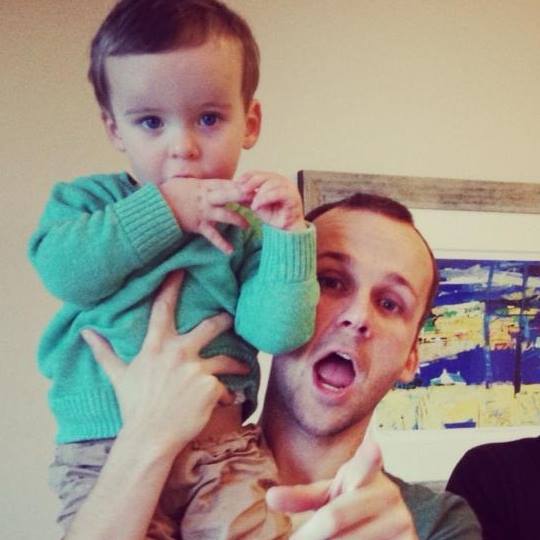 6) What have you learned from the fathers that you have interacted with?
One of the best lessons I got, ever, went like this: “Just remember, no matter what they’re doing, what you’re going through, it’s only a phase!” When times are bad – they’re up 3 times in the night, they’re not going to the toilet – it’s a phase. It’ll end. And when times are good – they’re nice, they’re behaved, they’re loving you – it’s a phase. It’ll end. So appreciate it while it lasts!

7) What else would you share regarding your experiences as a father thus far?
Don’t get pressured into doing things too early. Toilet training was a good example for us. All our pals were starting to toilet train their kids around 2 years old. And they were having a nightmare. Cleaning up all over the place. We waited. We thought, where’s the rush? Coming on for 2 and a half, we tried Al once, over a couple of days, and he didn’t get it. So we put the nappies back on. Maybe 6 months later, probably a little older than 3, we tried again. And he just got it, right away. He could talk reasonably well by then, so we could explain it! We get pressured into doing things by the ‘milestones’ forgetting that they’re all ready at different times. You’ll make your life so much easier just waiting until they’re ready and ignoring the ‘type A’ parents who’re competing on everything.

8) What have been the most memorable experiences that you have had thus far as a parent?
The most memorable thing for me, so far, was a moment probably 6 months ago or so when our two kids suddenly seemed to discover that it was possible to like each other. Up until then they were just like two beings coexisting, tolerating each other’s presence and living life separately. Now, we walk by a room and see them with their heads together playing with a toy and chattering away about it. It’s amazing – shows you that they’re these independent little things that can have relationships of their own outside of you. That’s brilliant, a proud moment, but also quite sad and terrifying. It makes me appreciate time with them right now a little more, because I’m suddenly aware that I and my wife wont be the whole world to them for much longer…..

If you have any questions for Colin Gray, please leave a comment here and I will make sure that he gets them so that he may be able to respond!