Unbeknownst to me, I just found out that my blog has  been nominated for the Parents.com Best Daddy Blog Award. I was both honored and a bit shocked, as I do not look for awards, nor do I solicit them, but It is always nice to know that people enjoy what I am sharing with them along the way.

I do not know whether I have any chance in winning this, but if you would like to vote for my blog you can here:

There are also a number of other great blogs that are nominated in my category as well as many other categories that you might want to support as well!

As always, I have to say thanks to all of you for being a part of this community and for reading, as this is why I keep coming back day-in and day-out!

Turner Classic Movies (TCM) is getting trivial with its annual 31 DAYS OF OSCAR® festival in February. The 2011 edition of the month-long event will feature more than 340 Academy Award®-nominated and winning movies, scheduled in trivia-inspired marathons. In addition, each night will feature a Best Picture Oscar winner at 10 p.m. (ET).

TCM host Robert Osborne, who is also the official biographer of the Academy Awards and the Academy’s red carpet greeter, will host 31 DAYS OF OSCAR, which will mark its 17th year on Turner Classic Movies. The 2011 edition will feature several high-profile films making their debuts on TCM, including three Best Picture winners: Cavalcade (1933), Amadeus (1984) and Forrest Gump (1994). The month also includes the TCM debuts of the blockbusters Pretty Woman (1990) and Thelma & Louise (1991), as well as outstanding dramas like Hugh Hudson’s Greystoke: The Legend of Tarzan, Lord of the Apes (1984), Hector Babenco’s Kiss of the Spider Woman (1985), Spike Lee’s Do the Right Thing (1989) and Michael Mann’s Ali (2001).

Several excellent actress showcases are planned for TCM for the first time, including Janet Gaynor in Street Angel (1928), Ingrid Bergman in Joan of Arc (1948) and The Inn of the Sixth Happiness (1958), Marilyn Monroe in Bus Stop (1956), Julie Andrews in Star! (1968) and Cathy Burns in Last Summer (1969). Also, such international classics as Hiroshi Teshigahara’s Woman in the Dunes (1964), Constantine Costa-Gavras’ Z (1969), Jean-Charles Tacchella’s Cousin, Cousine (1975), Jean-Paul Rappeneau’s Cyrano de Bergerac (1990) and Krzysztof Kieslowski’s Three Colors: Red (1994) will come to TCM for the first time.

Among the month’s many interesting marathons are a collection of films starring Jack Nicholson, the most nominated performer of all time; four films that received nominations in all four acting categories; an entire day featuring all ten Best Picture nominees for Hollywood’s Golden Year, 1939, including Gone with the Wind and The Wizard of Oz; a day of romantic comedies on Valentine’s Day; a night of Oscar firsts; a slate of films that earned Best Director nominations but failed to earn Best Picture nods; and a night of films that earned participants posthumous nominations.

The Academy Awards for outstanding film achievements of 2010 will be presented live on Sunday, Feb. 27, 2011, at the Kodak Theatre at Hollywood & Highland Center® and televised live by the ABC Television Network. The Oscar presentation also will be televised live in more than 200 countries worldwide.

Tune into TCM for 31 days to watch your favorite award-winning and nominated movies, presented uncut and commercial free on TCM. CHECK OUT THE FULL SCHEDULE AT TCM.COM/31DAYS

How would you like to win an Oscar Party Pack for yourself (includes: 8 martini glasses, 8 napkins, 8 coasters and a branded popcorn tin)?  All you need to do is go through the above interactive schedule and leave a comment here letting me know your favorite of the movies and which of the movies you have never seen that you would love to see next! The contest will end on February 28, 2011.
Bonus Entries

I just found out that I was listed in the top 125 Dad Blogs (Number 39). See a list of all of the rated blogs here. Also, if you are interested to see how they came up with their rankings check out the following.

I was awarded this morning with a Brillante Weblog Award from Barb over at Half Past Kissing Time.

Dad of Divas writes an engaging blog, filled with daddy observations, thoughts on parenting, and just a general positive attitude. DoD is a very nice guy who is always willing to help other people and gives Daddy blogging a good name 🙂

So, here are the rules: Put the logo on your blog. Put a link to me (who awarded it to you) on your blog also. You need to nominate 7 other bloggers for the award and put links to them also on your blog. Finally, leave a comment for those you’ve nominated – so they know they’ve received a special award.

So let’s see…there have been a number of blogs that I have been impressed with lately… let me share some with you.

1) Discovering Dad – Jeremy does a wonderful job at getting Dads (and Moms) thinking about some important issues regarding being a Dad in today’s society. Not only is his content good, he also has a BIG heart and is truly committed as a father and husband, and definitely a role model of good parenting. He also is competing right now in the blogging idol contest… I would recommend everyone to follow this blog and subscribe!

2) Daddy Brain – Joey is a professional writer and his posts show it. I am always challenged and compelled by his writing. He not only makes you understand where he is coming from as a father himself, but also makes you think personally about how you also cam become a better parent all-together! I also have to give him kudos for the radio interview that he did yesterday on Wisconsin Public Radio, he did a great job representing himself and all dads!

3) Summers Nook – Summer is one of the Mom Blog I frequent. Summer not only writes compelling and personal posts, but she also does some great web design on the side (As is evidenced through my own site – Thanks Summer)!

4) Mama Nuggle – This is new blog that Lori (Jeremy from Discovering Dad’s Wife) writes. I have been very impressed with the quality and extensiveness of her writing. A good example of this was her post from yesterday that you can tell she spent a lot of time researching and working on. All of the posts that she has had so far shows such pride and quality. Check this blog out!

5) 21st Century Dad – Elliott over at 21st Century Dad does a great job at sharing his personal journey of being a father. Yesterday to me he made a comment to me that… “I started my blog to teach. I’ve ended up doing a lot more learning.” I believe that this is the feeling that most of us as bloggers end up feeling.

8) Music Mom of 2 – Kristi is another person I attribute to getting me started in blogging. Watching her develop as a blogger as well as following the growth of her boys and journey as a parent has been wonderful!

I have never received an award before so this is a first for me. I received this award from Kristi over atMusic Mom of 2 and Deb at Mom of 3 Girls. It was created by Memoirs of A Mommy to honor the donor who saved her son Noah’s life with a heart transplant. Her hopes are that in passing this award, we are creating more awareness of the importance of organ donation. 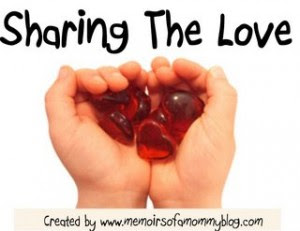 So here’s a shout out to a couple of you!