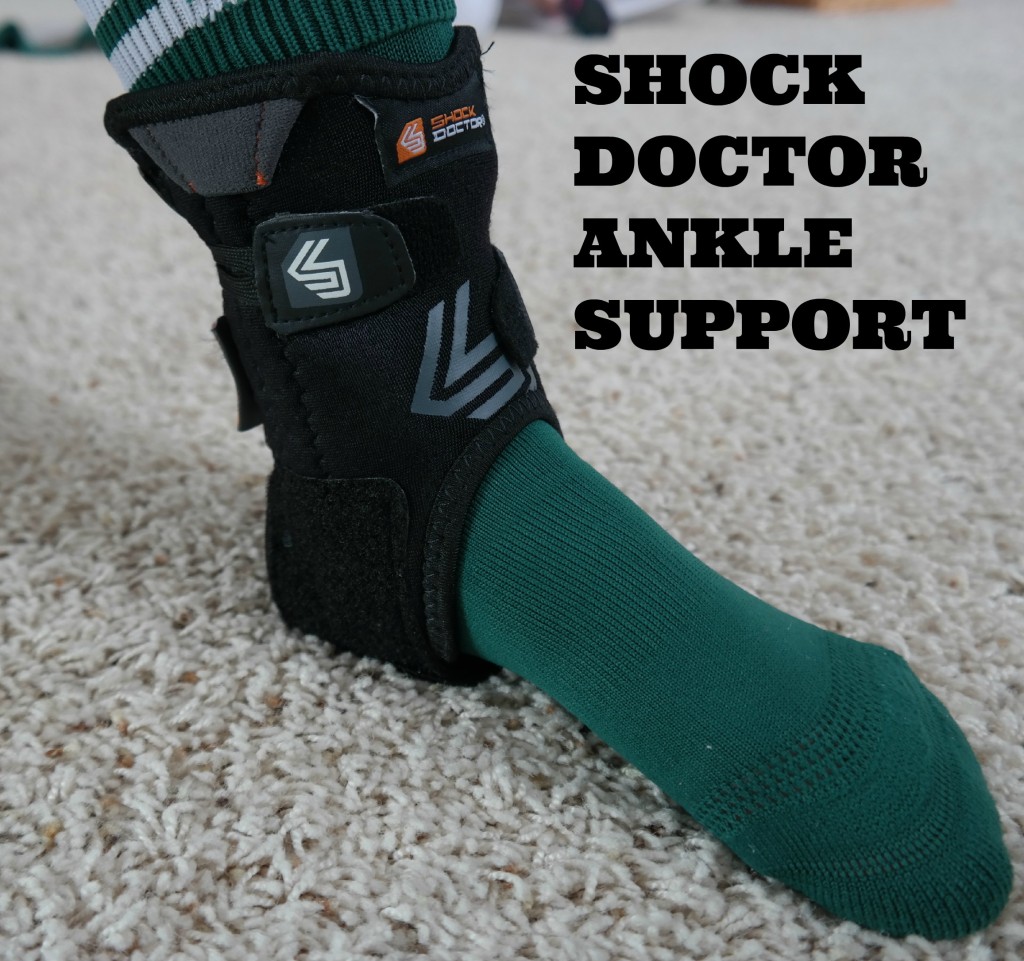 Over the Christmas holiday my oldest daughter was sledding, went over a jump and came down hard on her ankle. While she was crying, we did not know whether she was actually injured or not. After about 2 hours at urgent care the diagnosis came in as being a sprained ankle. This was not a fun diagnosis, as my daughter had just gotten a snowboard for Christmas and we knew that indoor soccer season was coming as well.

In going to her Pediatrician, we found that she was going to have to stay off the ankle on crutches for a while, but then would need an ankle brace that could support her ankle at least throughout indoor and outdoor soccer season (you can probably guess how well that went over). 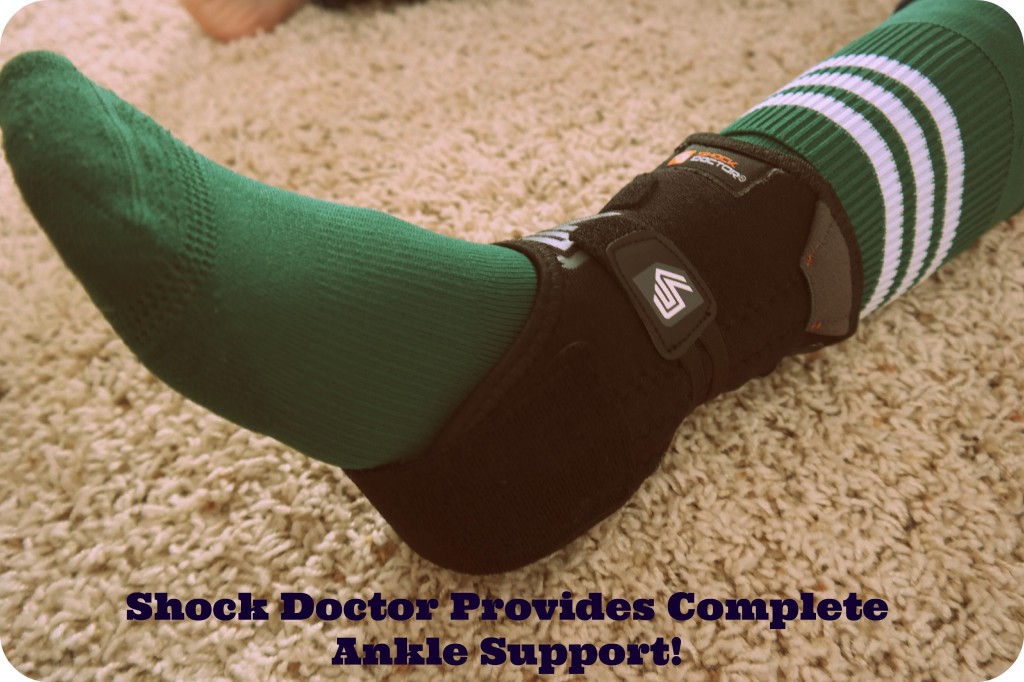 Well… we started looking for ankle braces, and came to find how expensive these were! I was simply shocked that we were looking at braces that were $60-$70 for braces that would fit her. That was when we went to our local Dick’s Sporting Center and found out about Shock Doctor ankle braces. I reached out to them and they were gracious enough to send me a few ankle braces to try.

In looking at the braces that were sent to me as well as the ones that were on their website, I was impressed with how they had different braces that provided different levels of ankle support. My daughter ended up liking the level 2 support that was provided and she found that she could move easily with it while running on the soccer field (which was her biggest concern).

As a parent, I was happy to have a brace that was well constructed as well as cost effective. I found that the price of these ankle braces were about ½ the price of the braces that I had seen in the past and they actually had ones that fit her as well.

I have been holding off on writing this post over the past month mostly because I wanted to see how well the brace held up during the entire indoor soccer season. We are now almost to the end of the season and the brace that Diva-J has used has worked SO well. My daughters’ ankle has been giving her no pain and she is running hard on it which to me shows me how well it supports the ankle no matter the situation.

All-in-all I was very impressed with the support, quality and price of these Shock Doctor products and we will definitely be using them again in the future as the necessity requires.