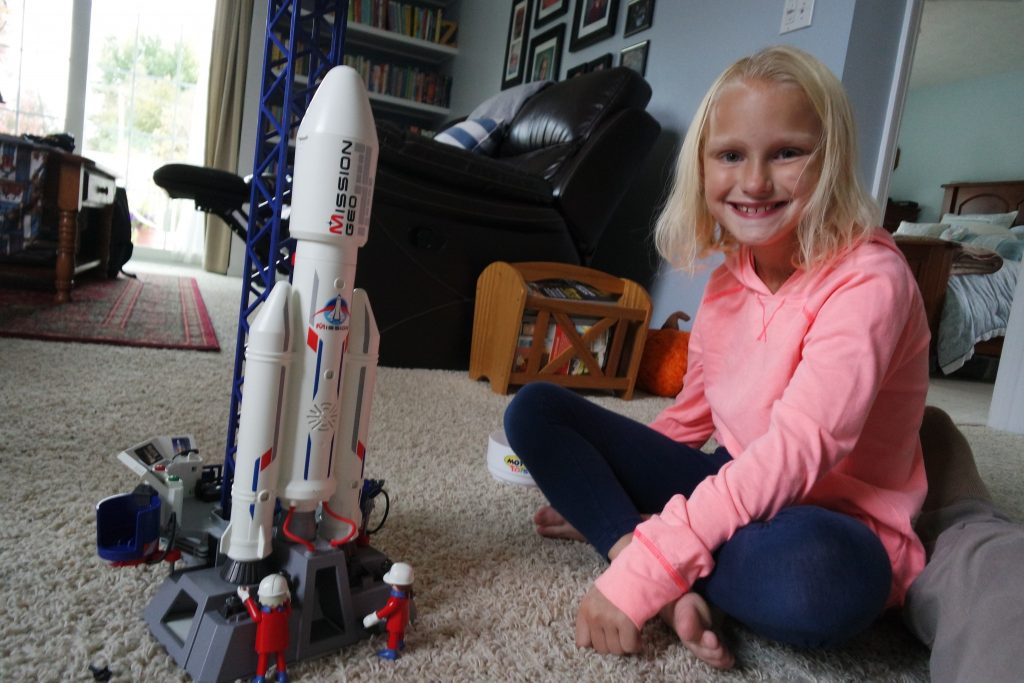 About the Playmobil Space Rocket Station

Count down to liftoff aboard the Space Rocket with Launch Site.  Outfitted with working lights and sounds, this rocket is mission-ready.  Use the movable maintenance platform to help the space technicians inspect the rocket prior to launch.  With the help of the repair robot, they can make sure that everything is in tip-top shape for the next space mission.  Set includes two figures, rocket, launch structure, satellite, repair robot, mechanical tools, computer, and tons of other accessories. Batteries not included. 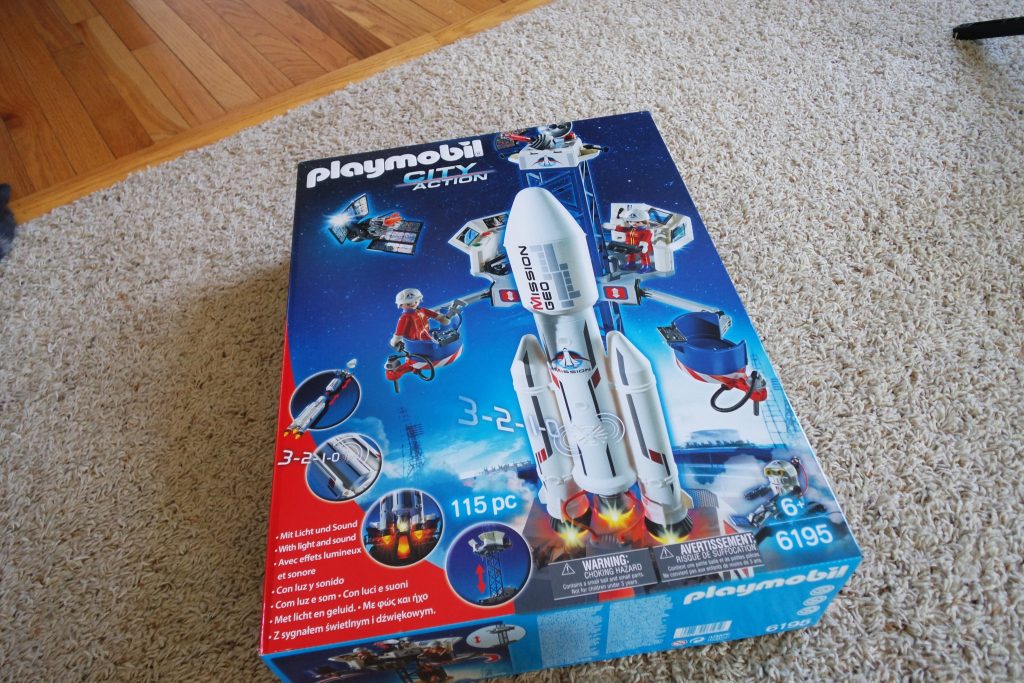 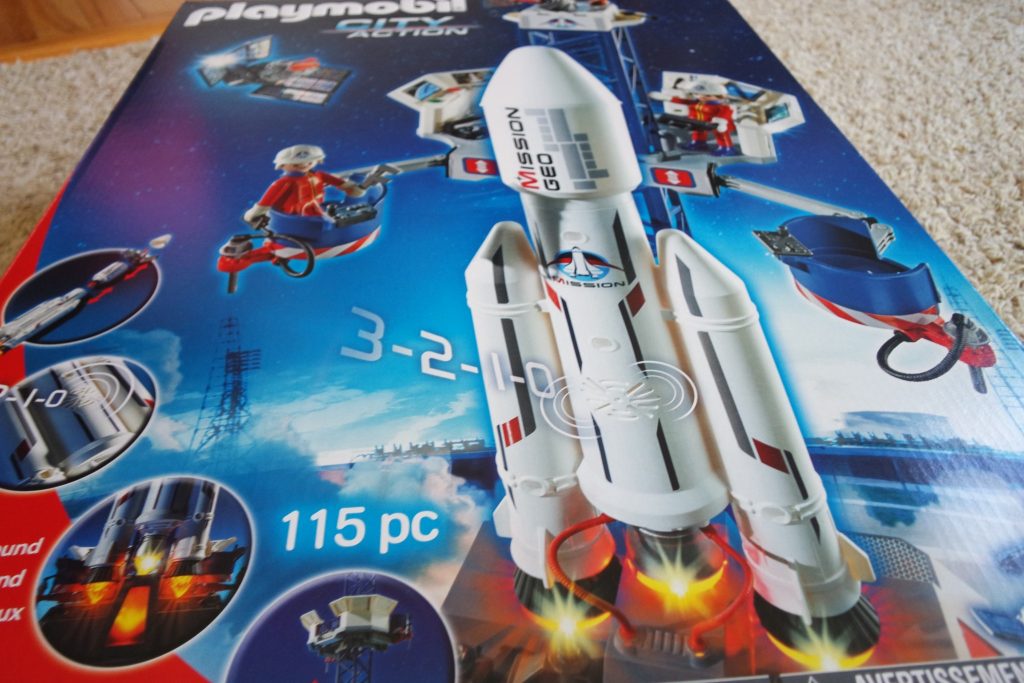 My daughter is a HUGE fan of Playmobil and the new Playmobil Rocket Station really allowed her to set her thoughts on the stars by creating a part of her world that now can go skyward. As in other Playmobil sets, there are so many intricate details that are included in this set. Playmobil has left nothing to chance including working retractable arms on the platform, computers that can be brought with the characters and more. 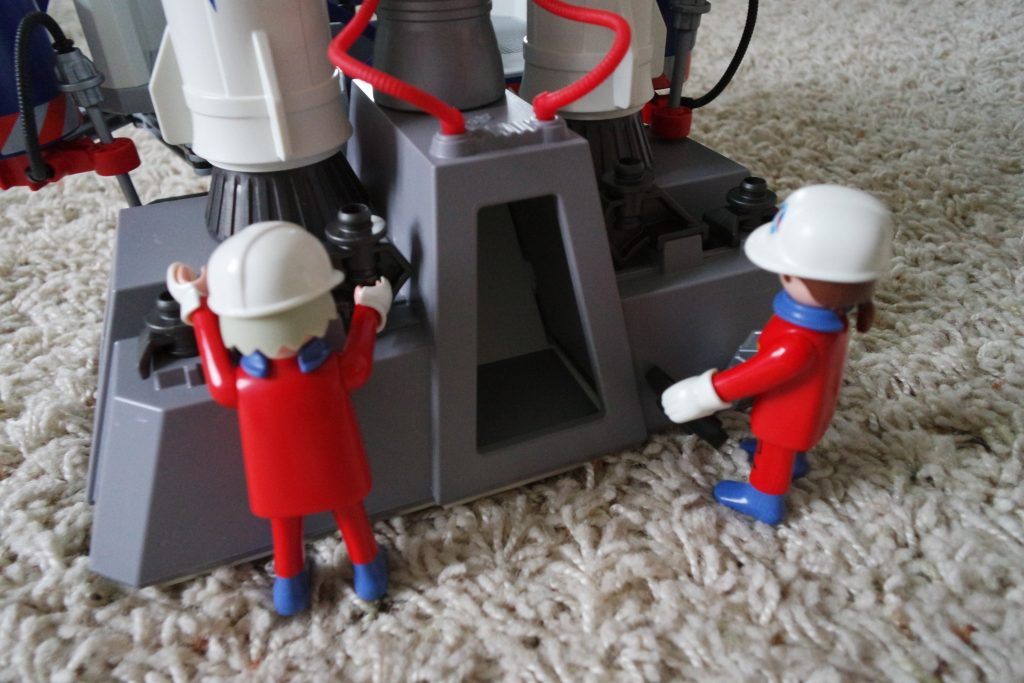 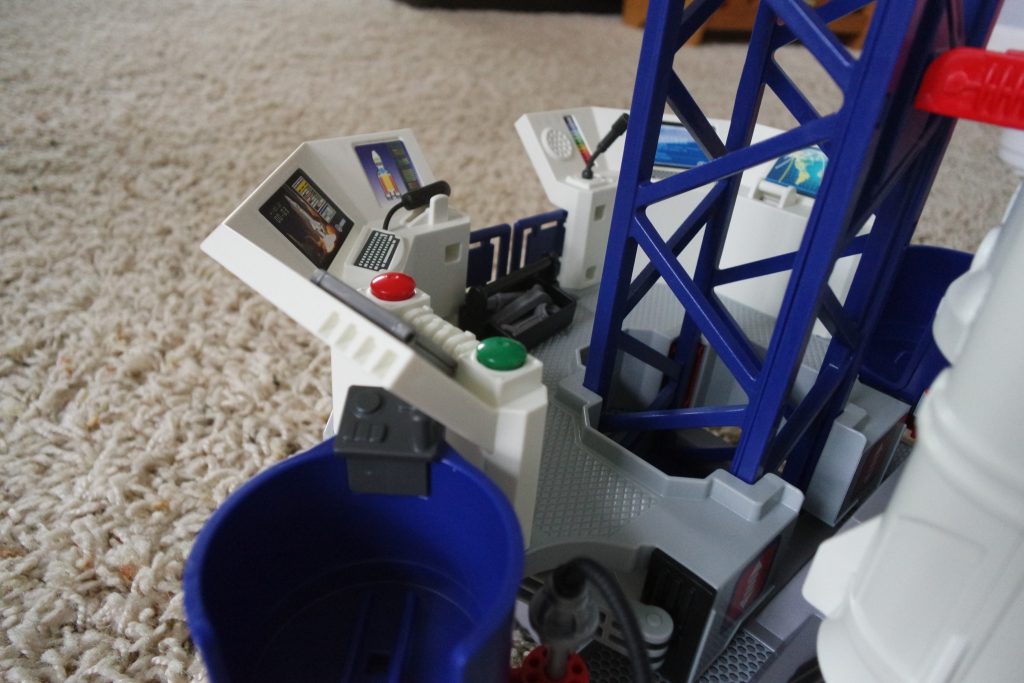 You even have the ability to go on side missions when you get to space with the capsule that connects to the top of the rocket. You can jettison a satellite into space or even bring up a lunar robot that can check out the surface of another planet. 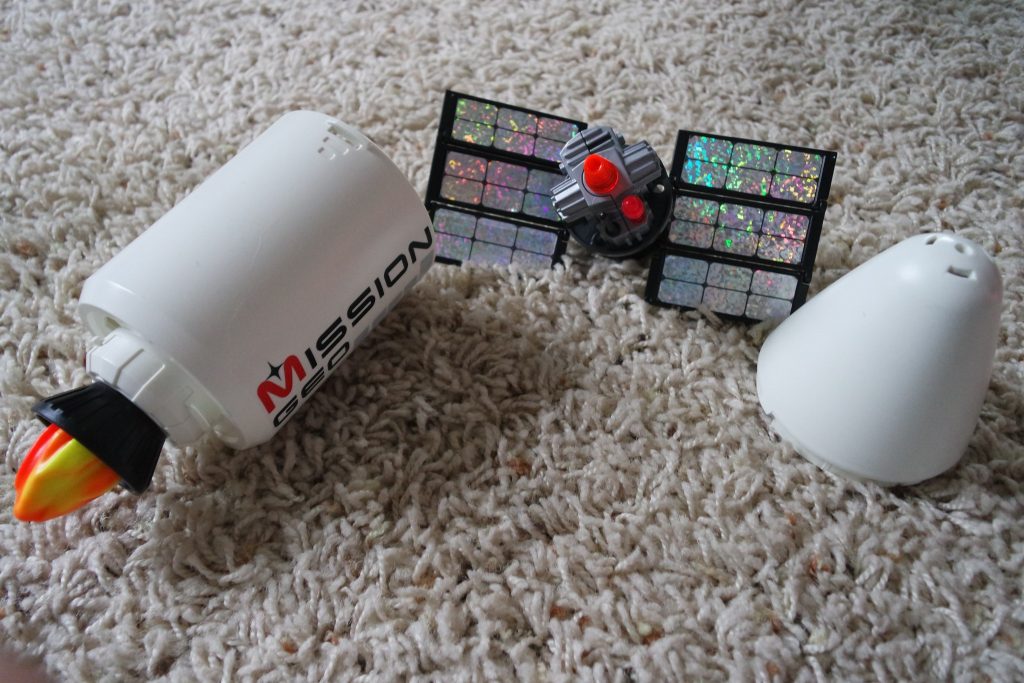 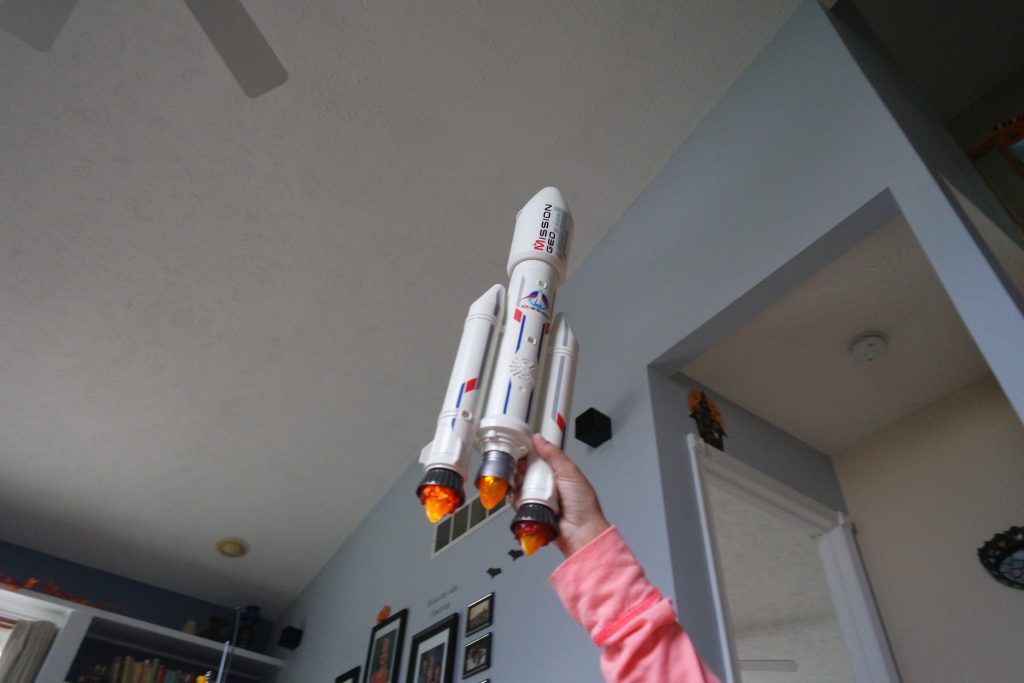 Fitted with working lights and sounds this rocket is ready to send your child’s imagination skyward as it did for my daughter too. I also appreciated that there was another set, the space shuttle that, if purchased can connect to the rocket itself allowing it to get to space too! 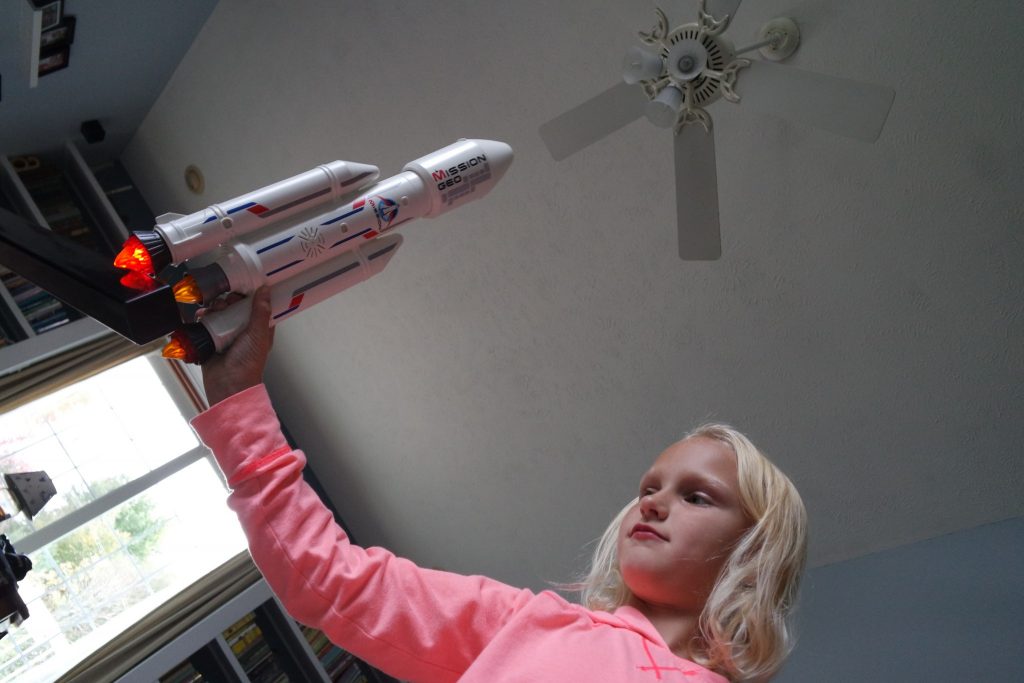