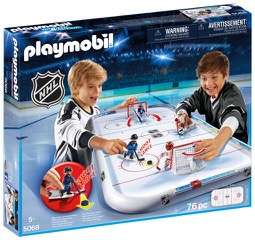 About the Playmobil NHL Arena

Skate into action with your own hockey match at the Playmobil NHL Hockey Arena.  Each of the four NHL players feature a movable arm and hockey stick for even more realistic game play.  Simply pull back the lever to swing the stick and fire the puck down the rink towards the opposing goal.  Use the goalie to defend against offensive plays by clipping the player to the goal and then using the joystick to maneuver the goalie from side to side for some game-saving blocks! Thanks to the included team decals, kids can customize each player to represent their favorite NHL team.  Set includes four NHL players (two per team), four hockey pucks, game play rules booklet,  player number decals, logo decals for all 30 NHL teams, score-keeping slide rule, and other game-tastic accessories. 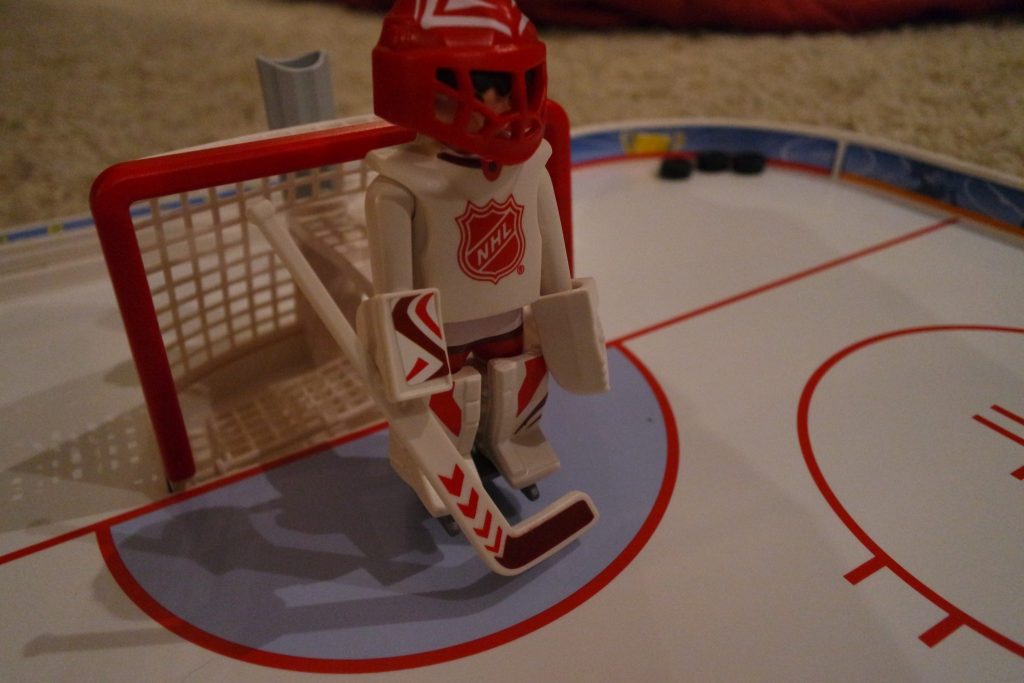 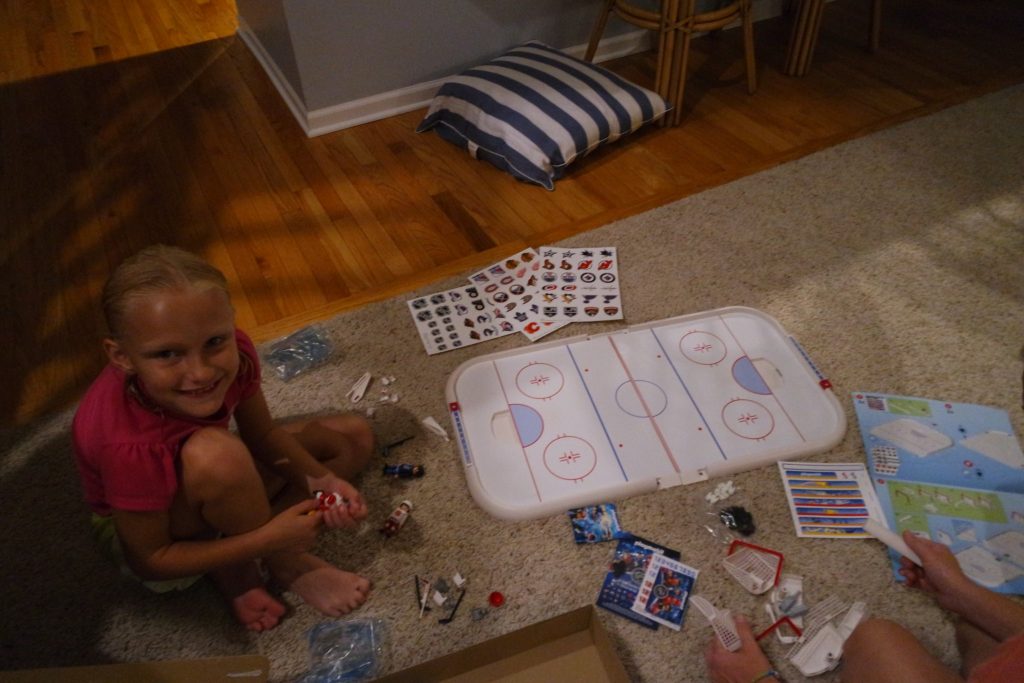 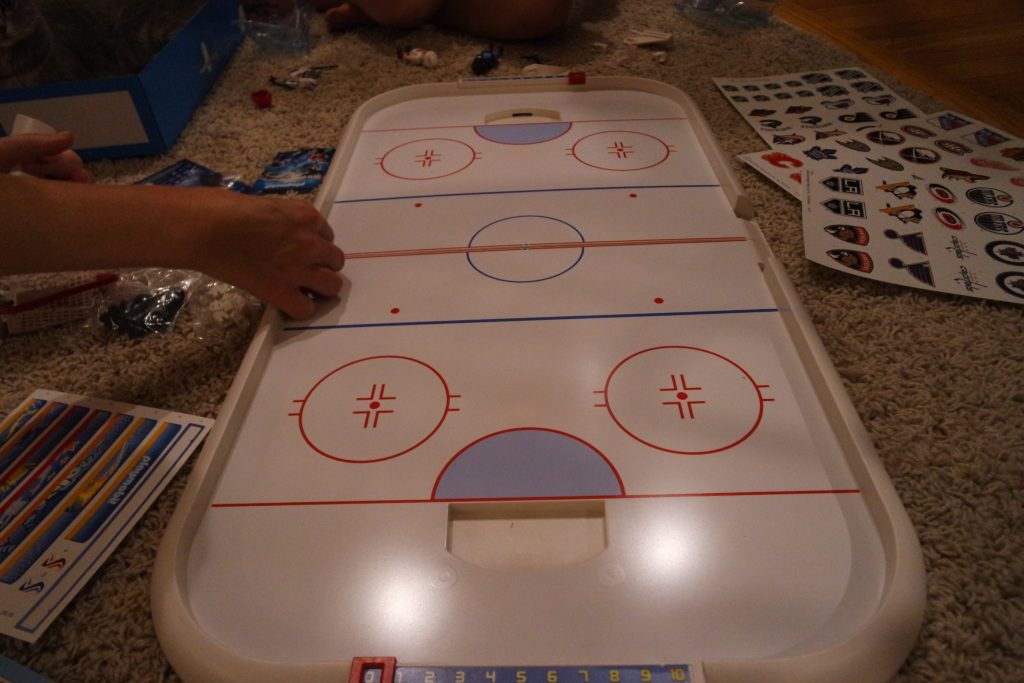 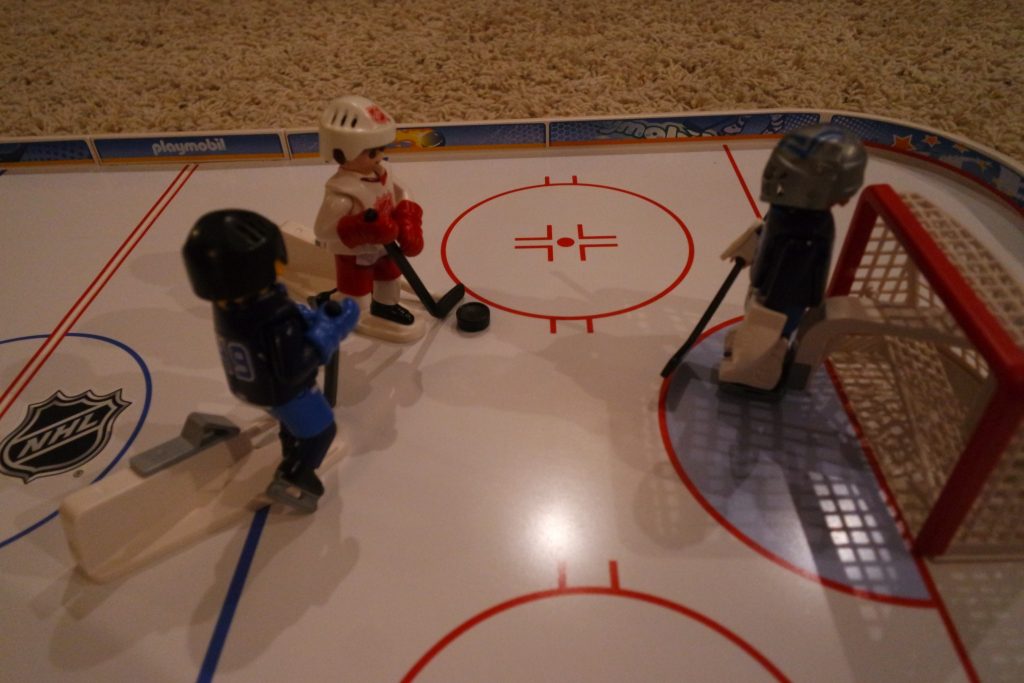 My take on the Playmobil NHL Arena
My daughter is loves Playmobil and loves to use her creativity to bring the world of Playmobil alive. She has used many different sets to create vibrant tapestries to create her own world. This new NHL arena brought in a whole new way to have fun with her creativity and we found that not only could she incorporate this set into her world, but beyond that the fact that you can actually play a hockey game against someone else made it even more fun! As is the case with other sets this set is very well made and I love all of the additional add-ons that you can purchase with this such as the Stanley Cup or even a Zamboni! Playmobil continues to offer amazing quality that will last you years! Below you will see a video that my daughter and I made to let you see the arena and to give you some more of our thoughts!