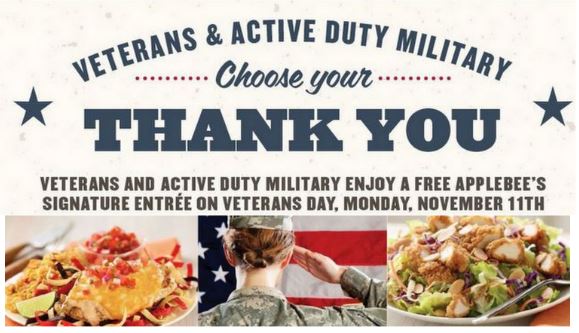 This Veterans Day (Saturday, Nov. 11, 2017), Applebee’s will again honor veterans and active-duty U.S. military by offering a free meal from a selection of seven entrees at more than 1,800 restaurants nationwide. As one of the first and largest national efforts of its kind, Applebee’s has served more than 8.3 million free meals to veterans and active duty military on Veterans Day since 2008 and expects to serve close to 1 million more this year. 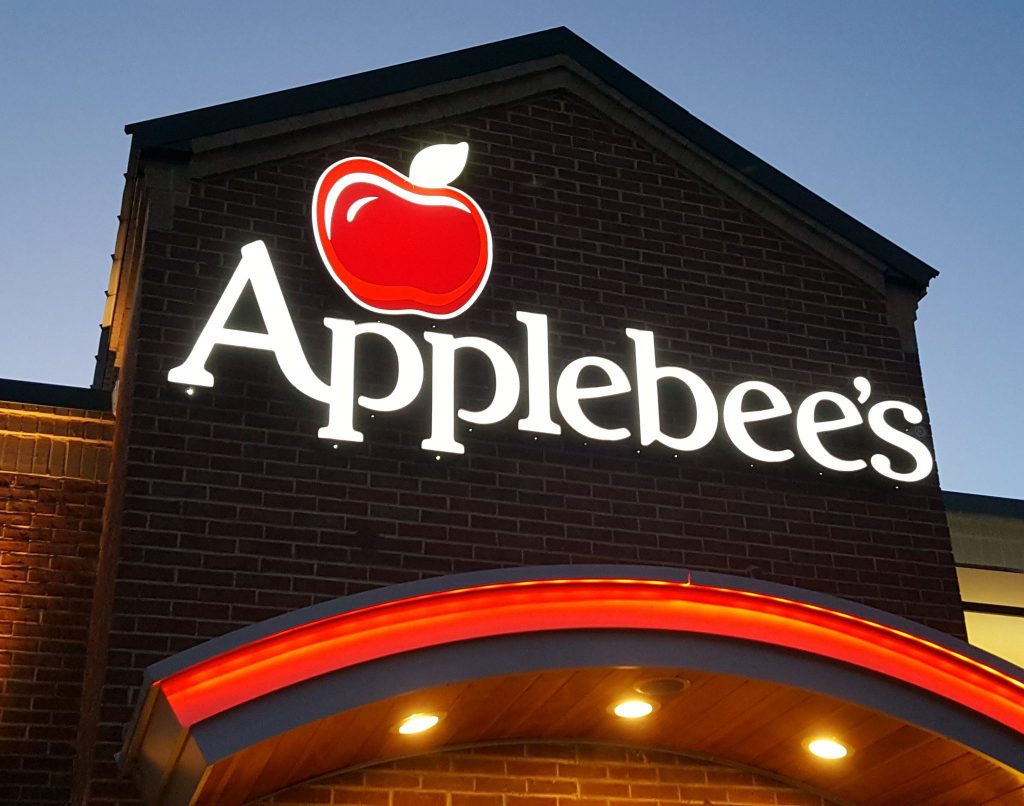 Veterans Day is one of the busiest days of the year at Applebee’s. In actuality, this year marks the tenth consecutive year that Applebee’s has honored America’s veterans and active-duty military; Applebee’s is proud to have served more than 8.3 million free meals since 2008.

All veterans and active-duty military are eligible to receive a free meal at Applebee’s restaurants nationwide from a selection of seven entrees. The special menu this year includes:

Applebee’s created this movement on Veterans Day as a simple way of saying thanks. With our large footprint of restaurants in neighborhoods across the country, we knew we had a unique ability and the responsibility to do something big to honor the men and women who have and continue to sacrifice to keep our country safe

If you have not been to Applebee’s in the past you are missing out. Applebee’s is one of the world’s largest casual dining brands, there are nearly 1,800 Applebee’s franchise restaurants in all 50 states, Puerto Rico, Guam and 14 other countries. Applebee’s offers a casual dining experience with great food, drinks and sports too!