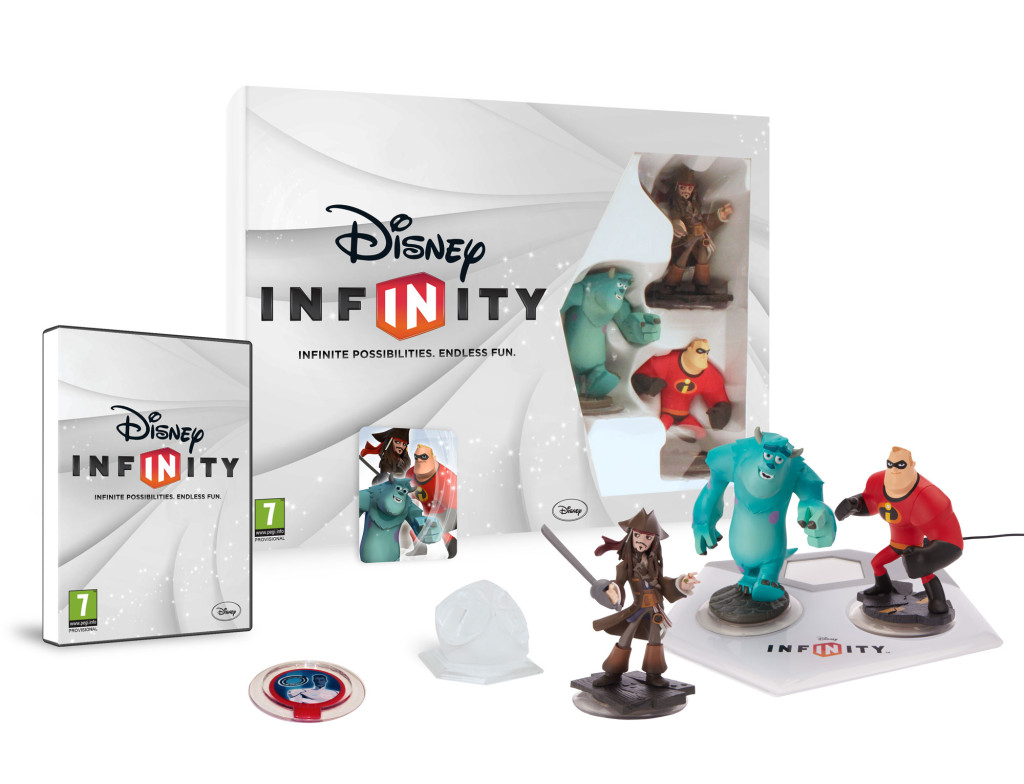 My family are HUGE Disney fans. With that in mind since Disney Infinity came out I have been wanting to try it. Being a fan of video games and seeing that I had the opportunity to try other systems with interchangeable players in the past, this looked like it would be a ton of fun. Also, having the ability to change out the characters into Disney characters that you know and love was something that not only I was excited about, but my kids were about jumping out of their boots to be Jessie or Anna.

Thus, I was very grateful to Disney Interactive for sending me a system to try out with my family for my Nintendo WII U. They sent us the starter pack as well as the brand new Rapunzel character. First and foremost I was thankful that the starter pack came with three characters. You get the opportunity to be able to be Sully, Mr. Incredible or Jack Sparrow. 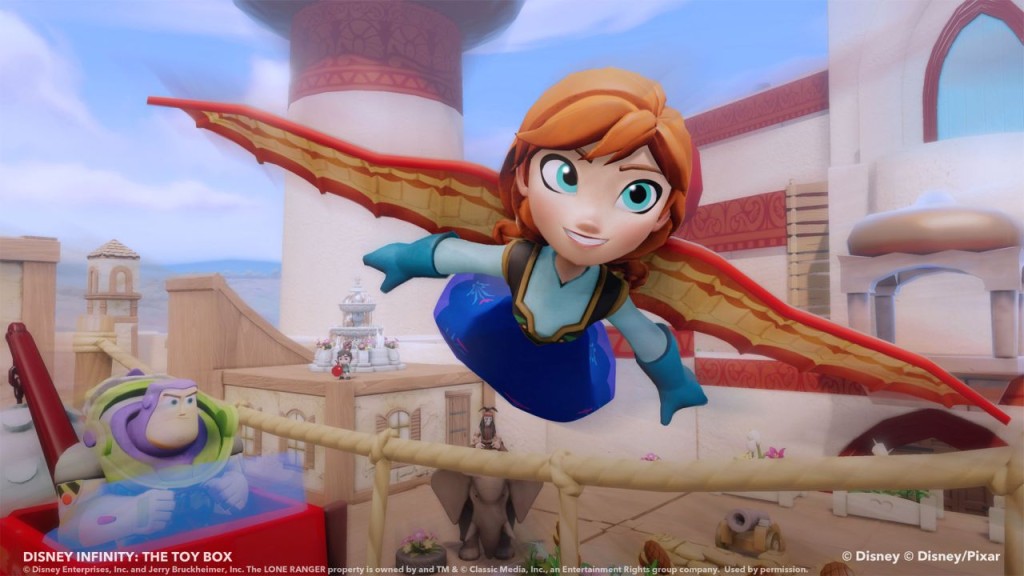 The system was easy to set up and we were soon into the game itself. I liked the fact that each of the characters had separate adventures that came with them and that you could build each of them up to make the character even stronger. My girls are loving Rapunzel’s adventure and have played it over and over again trying to get as many of the lanterns as they can. 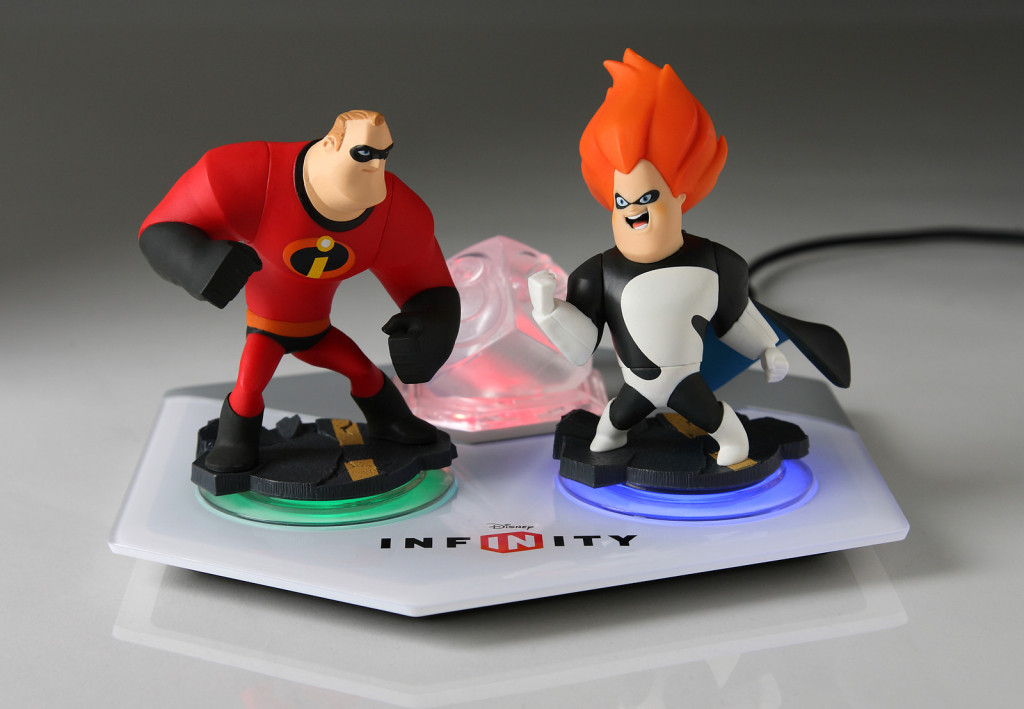 Of course you can’t stop with only those characters, so we ended up using a gift card to go out and get a few more characters including, Wreck it Ralph, Anna, Sorcerer Mickey and Woody, so I think we can say that we are now committed to the system and to the game itself. 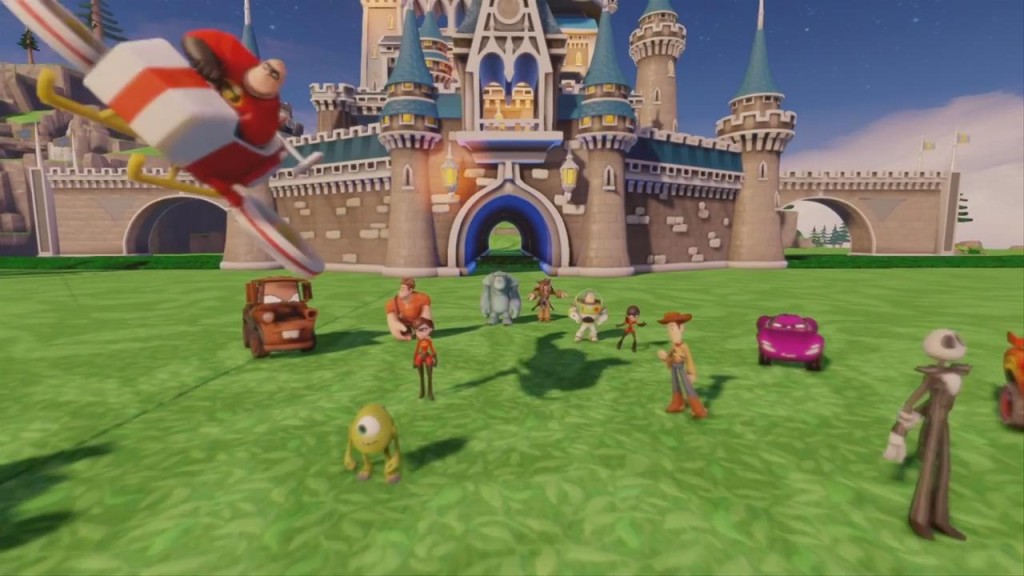 My girls also enjoyed building their own world. I found that at times it was a bit hard to see where pieces were going and at times you had to have some trial and error to get rid of the pieces you placed to get them in the right place, but that being said, they still loved making the world themselves! 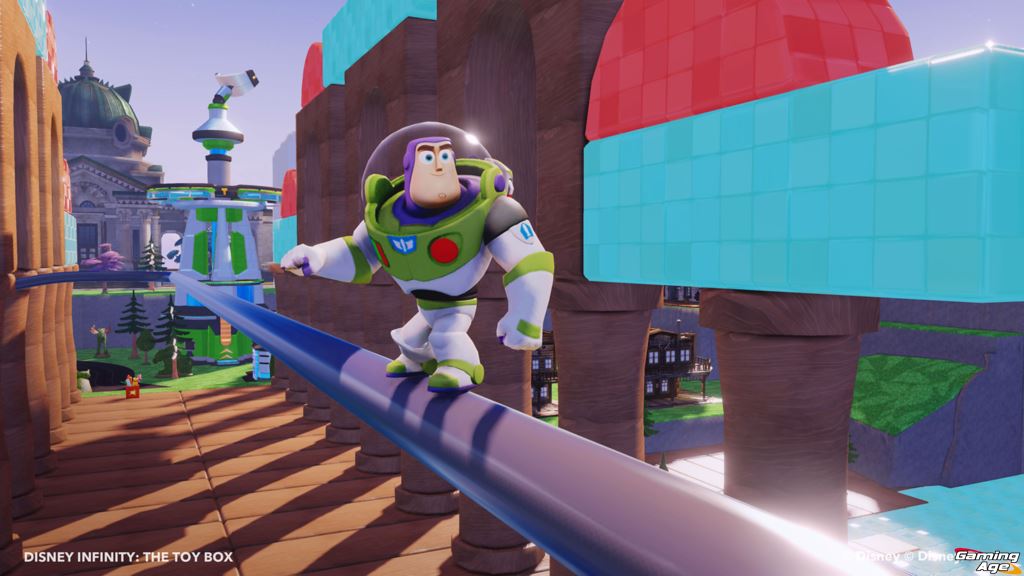 The game itself is very engaging and you can definitely lose yourself in the time that you are playing. The only thing that I wished was that you could have 3-4 players playing at the same time so then I could play with both my daughters at the same time. That being said though it still was a ton of fun and we all had a blast with the games and swapping out the players every now and again to try new things.

All-in-all I have to say that I was impressed with the system and am looking forward to continuing using this with my girls into the future!

Get Rapunzel For Yourself!

Rapunzel is letting down her long hair and using her frying pan to save the day in Disney Infinity! We wanted to let you know that Disney Interactive is giving away Disney Infinity’s first princess in the Rapunzel Saves the Day Sweepstakes and we hope you’ll share the news with your readers.

For the entire month of February, fans can enter the sweepstakes for a chance to win a grand prize of a video game console, Disney Infinity Starter Pack and Rapunzel character figure. A different game system will be given away each week!