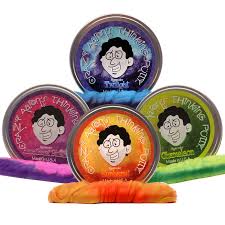 In the fall of 1998, Aaron Muderick was designing web sites for a living, which can have bouts of downtime so code can compile.  It was during this downtime that he was always on the lookout for the ultimate office desk toy. One day he convinced some of his colleagues to pool their resources and buy 100 lbs. of Bouncing Putty from a large chemical supplier, which was a huge hit! After the dot com crash, Aaron built a putty-experimentation-lab in his parents’ basement where he researched and refined his own putty recipe. In the process creating quite a few varieties – Heat Sensitive color-changing, Crystal Clear, Super Magnetic, and many other amazing colors. 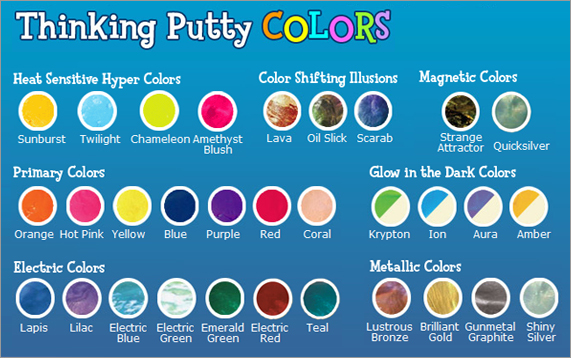 Using his previous web design knowledge to build a website, it wasn’t long before Aaron had expanded beyond the capacity of his parent’s basement.  He moved production into several vocational facilities for individuals with intellectual and physical disabilities in the Philadelphia’s suburbs. Today, over 500 people work as a team to assemble Thinking Putty while developing vocational skills and economic self-sufficiency. The putty itself makes a wonderful stress ball, squeeze toy, or therapy putty for those ages 3 and up. 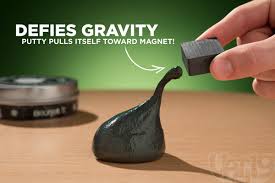 Crazy Aaron’s products are Made in the USA and can be found in specialty toy, science, museum, gift, bookstore, college, hospital gift and arts & crafts stores. Check out this YouTube video that show cases all the endless possibilities and capabilities of Thinking Putty.

My Take on the Putty