With the Turtles being such a hit on screen, Playmates Toys wanted to share information on its new line of toys that bring the action off-screen and into fans’ hands for some ninja fun! The line of toys includes an assortment of products for Turtles fans, including action figures, vehicles and role play gear that reflect the personalities and distinctive look of the Turtles in the movie. The movie toys are available at major retailers including Target, WalMart and Toys ‘R’ Us.

Details on the Teenage Mutant Ninja Turtles movie toy line from Playmates Toys include the following: 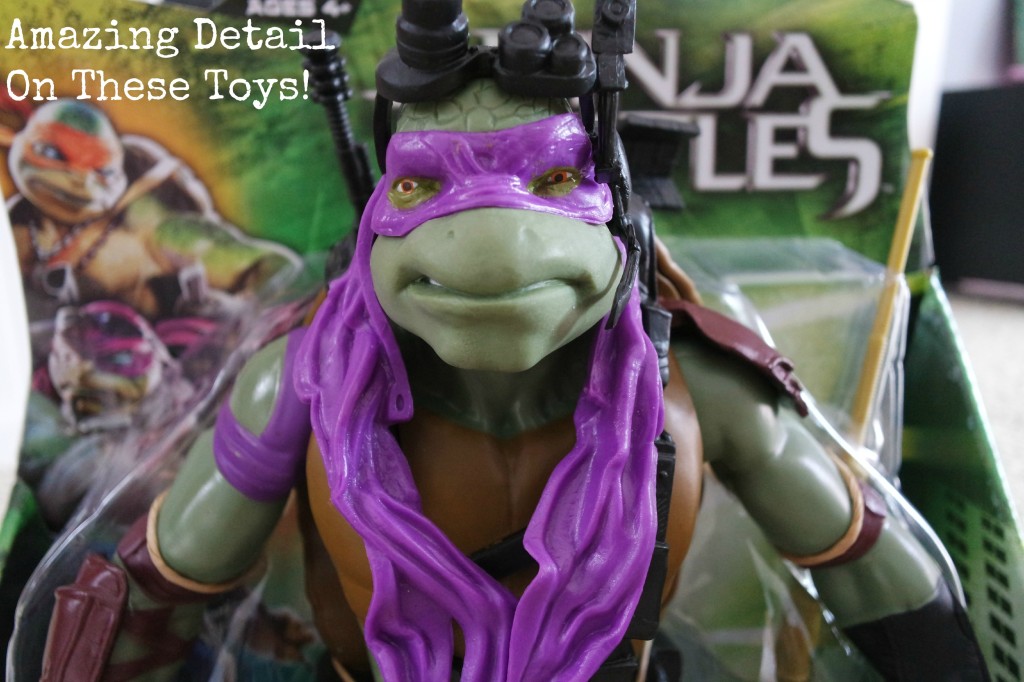 The Turtle Assault Van is packed with ninja action features, allowing kids to drive the Turtles into their next battle and recreate their favorite scenes from the movie. Features include a spring-powered Turtle torpedo, launching luge assault vehicle, pop top hatch and side attack ramp. The control cabin holds the basic Ninja Turtles action figures.

My Take on The Toys