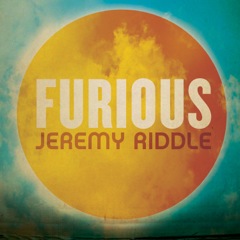 Vineyard Worship artist and worship leader Jeremy Riddle has announced the release of his new studio album entitled, Furious. The album is set for release on September 20 via NewDay Distribution.

Riddle began production on the album nearly a year ago with Dove Award winning producer Ed Cash (Chris Tomlin, Matthew West, David Crowder Band) at the helm. Cash’s contribution forms the backbone of the album which also features production from Bobby Hartry, a long time Riddle collaborator. The project follows Prepare The Way: Live, an album recorded in front of a live audience in Corpus Christi, Tex., earlier this year from Vineyard.

Riddle describes Furious saying, “It’s hard to come up with words that depict the magnitude of Christ’s love – the depth and width of it. Furious doesn’t work outside of the context of love; we tend to translate the word as angry, but I see it as a super-powerful force; stronger, deeper, broader than our vocabulary can fully describe.”

Four years on the road as a touring worship leader eventually took its toll on Jeremy, so in January 2011, the former jr. high youth pastor came on staff as worship community pastor at Bethel Church in Redding, Calif. Working under pastors Brian and Jenn Johnson, Jeremy facilitates a worship community of over 200 people within the church.

“My wife (Katie) and I have always had a heart to serve the local church and never wanted to do the full-time travel thing for very long, so it felt like a good time to transition into something different,” Jeremy says. “I’ve developed such an appreciation for the fruit that has been sowed from my life – personally and artistically – by being part of a local community.”

Consequently, several of the tracks on Furious are also featured on Be Lifted High, the most recent album from Bethel Church.

“These songs are a reflection of being part of something bigger than just me,” Jeremy says. “Through some significant growth in understanding and living out humility from a very independent place, I’ve shifted into a place where I can’t even claim this record is completely inspired by me. There are so many elements of the album that could never have flowed from me had I not been connected to people walking out life with me.”

My Take on the CD

The CD contains twelve Christian songs. They are upbeat and speak of God’s love.
Some of the songs reflect how God’s love is deep, wide, strong and glorious , and He calls us as His sons and daughters to live our lives in His Word. In the same vein , God’s love never fades and He never gives up on us. We have an assurance that there is no fear in the light of God’s love for us.

Jeremy sings songs of worship and praise to God. He reminds us that everything we have is because of God’s love for us.

Other songs speak of God’s son Jesus. The songs remind us of the love of Jesus. How He died on the cross for us and was always faithful to his Father.
The song “THE LORD IS MY SHEPHERD”, takes the popular scripture verse and reminds us that each day we choose how we will spend our day and what kind of choices we will make. The song encourages us to choose God’s way. Look to the Bible to find the source of how we should spend each breathing moment of our lives. A life that is given to us by God through the sacrifice of His only son Jesus.

The CD is easy to listen to and the words will lift you up in the celebration of being Christian and living the life  God has planned for you.

All opinions expressed in this review are my own and not influenced in any way by the company.  Any product claim, statistic, quote or other representation about a product or service should be verified with the manufacturer or provider. Please refer to this site’s Disclaimer  for more information. I have been compensated or given a product free of charge, but that does not impact my views or opinions.