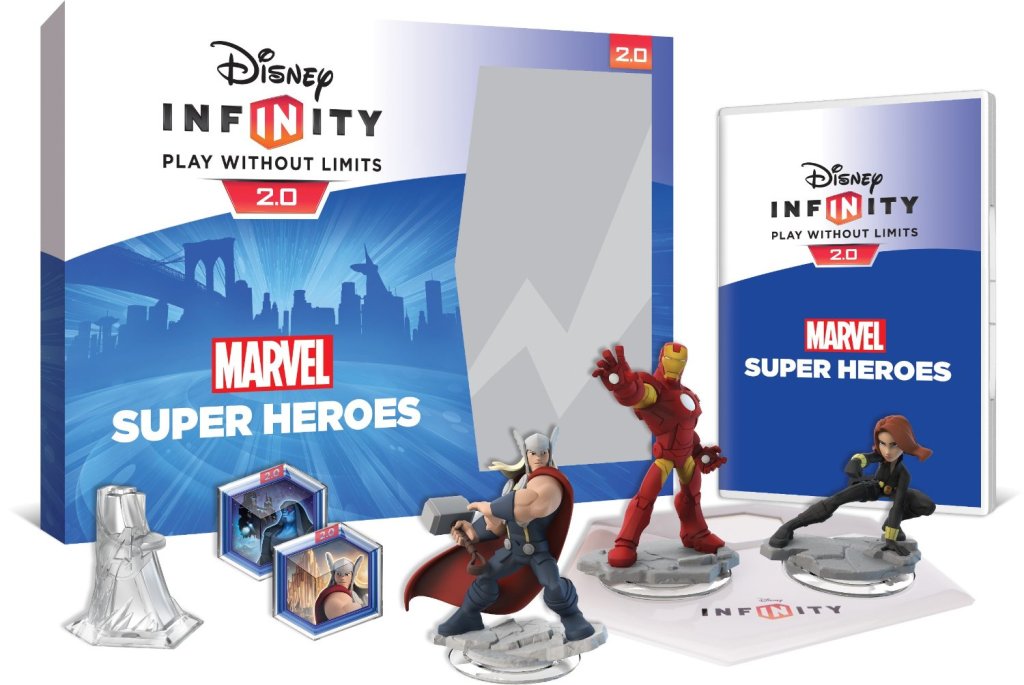 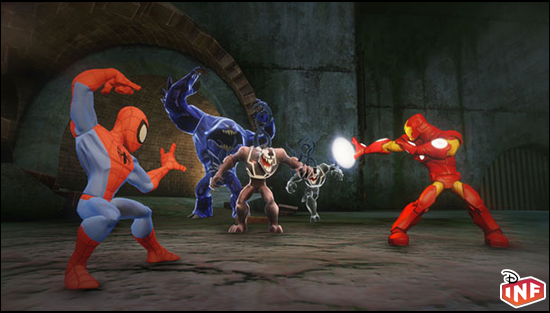 This spring I was excited to watch the unveiling of the next phase of Disney Infinity. There had been a lot of speculation about what this might be, and y guess was Marvel Superheroes, and I was correct! This was awesome, in my humble opinion, as I am a big Marvel fan and have been since I was a kid, so combining my love of Disney with Marvel was a match made in heaven. I patiently waited….and waited….and waited and was lucky enough a few weeks ago to come home to find a very large box on my doorstep. Once I opened the box my mouth hit the floor as I was completely in awe of the full array of super heroes that were in front of me! I could not wait to jump into this and try out each and every character, both heroes and villains alike! 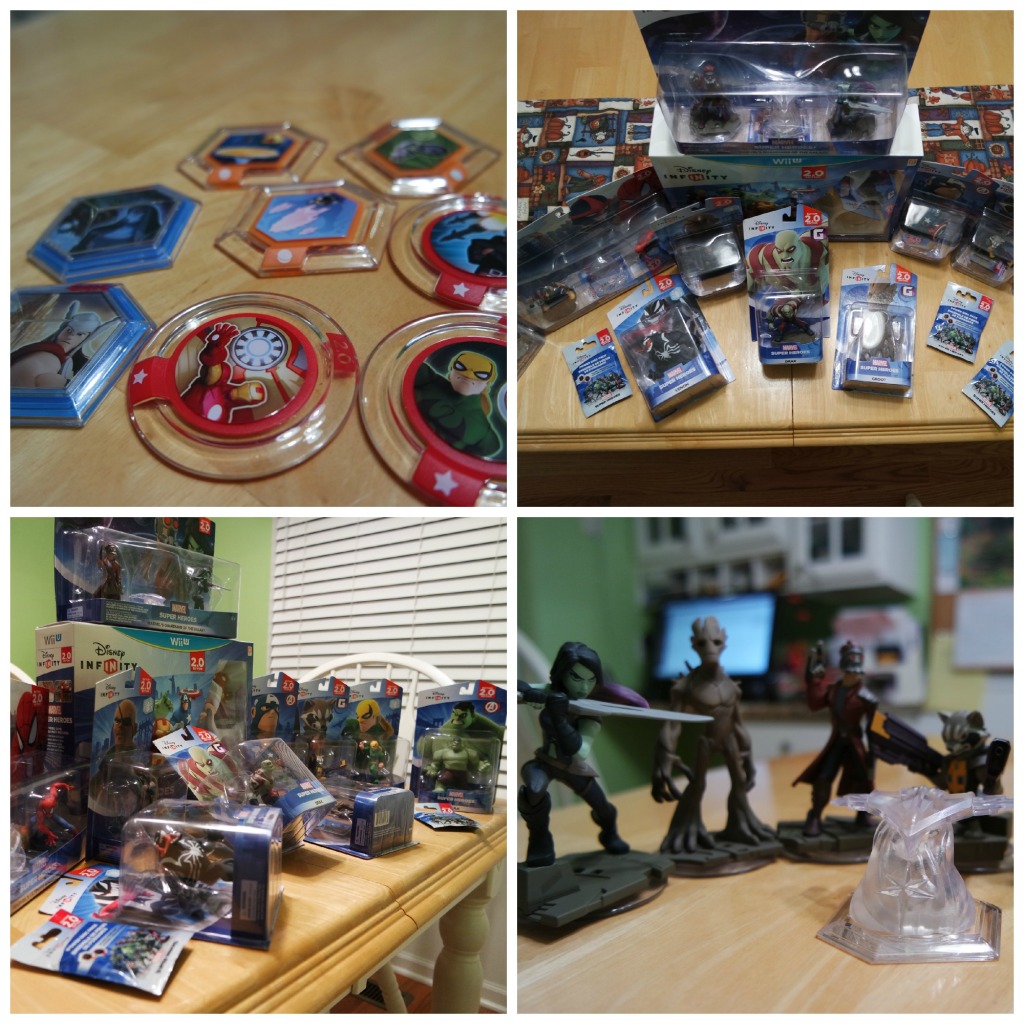 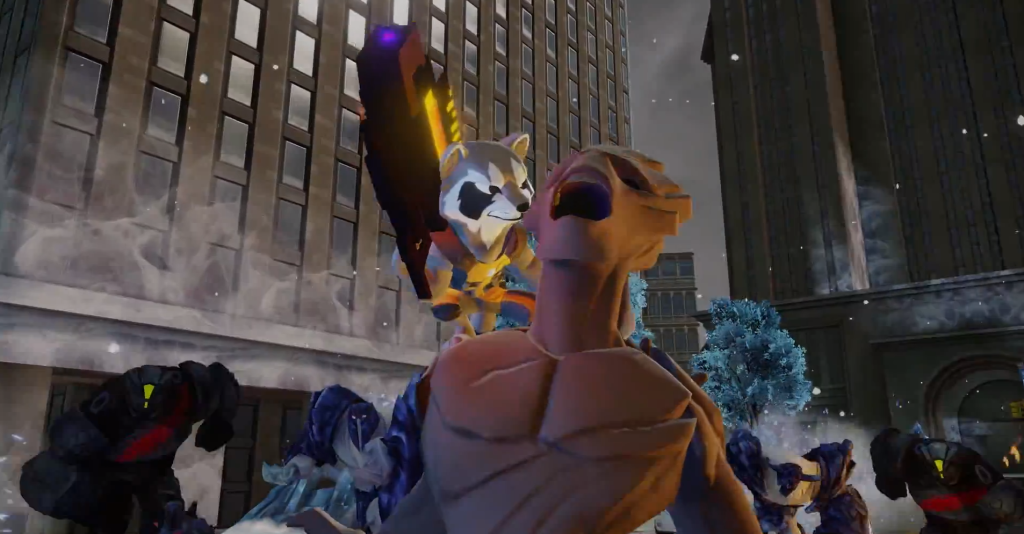 One of the things that I SO appreciated about Disney Infinity 2.0 is that the developers realized the need to allow the figurines from their 1.0 version release to work with this version. So many people would have been VERY upset if they would have had to have started all over again and it was nice to know that the characters that we had collected as a family up to now would still work. 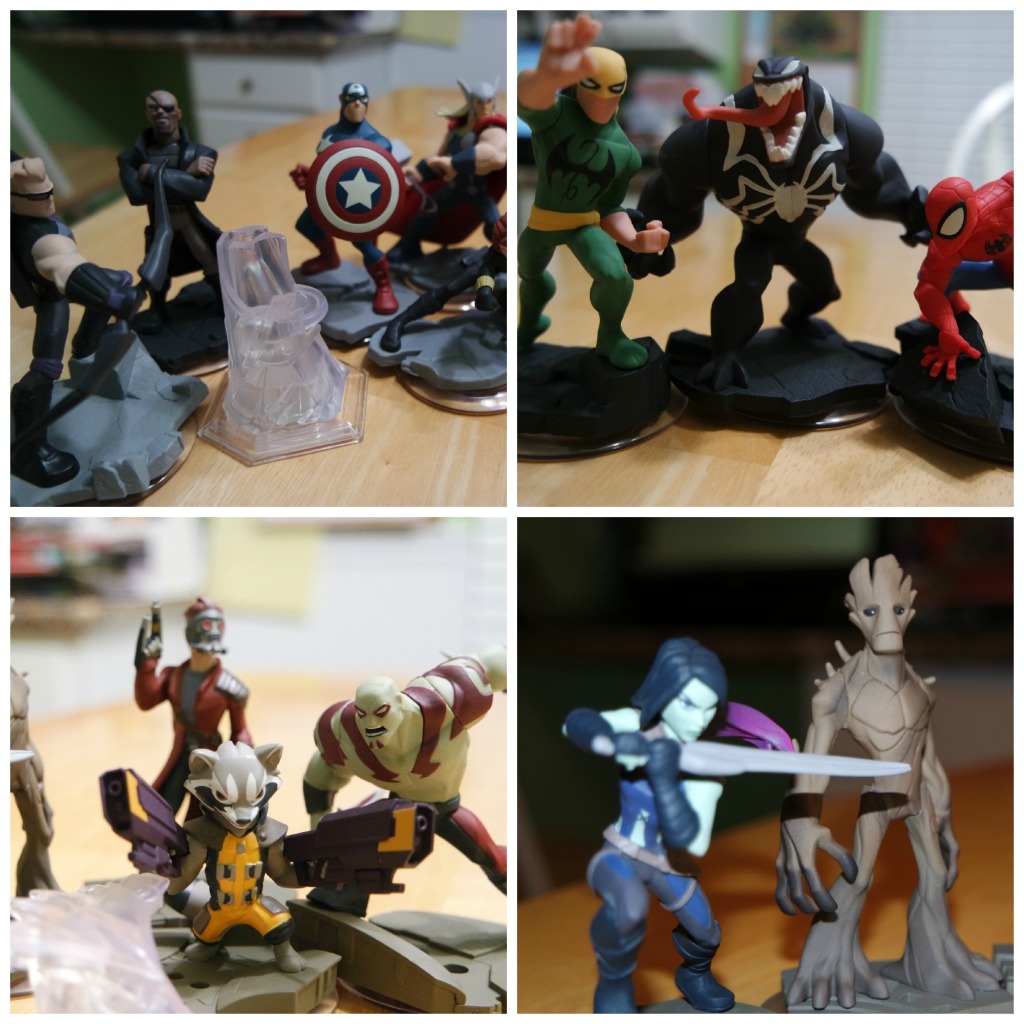 The gameplay of the system itself was awesome. One of the things I loved were how the characters’ powers were interconnected with the gameplay itself. Also, the ability of the characters to cross stories and interact with other heroes was something that was amazing as you do not get to have this type of cross-over always in comics and being able to control the characters and what is happening is even better. I also enjoyed that through the collection of points I could upgrade my characters to have and use other special abilities/powers. While I have yet to max out my characters at level 20, I am working on it character by character and with every step I get better and better also in getting used to the characters and their abilities! 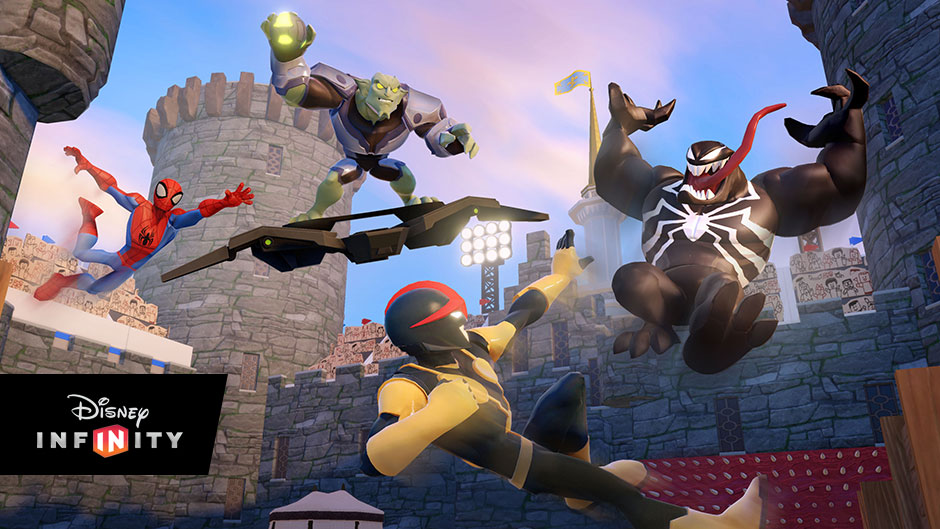 The gameplay is also authentic, and you truly get to feel like the actual comic/movie character that you are controlling. I loved being able to “be” Rocket Raccoon or Spiderman along with all of the other characters and so did my kids! 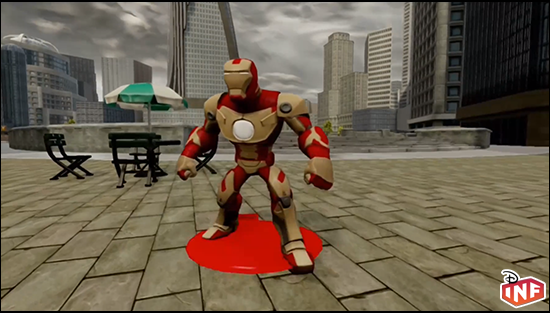 There are also a ton of new power discs with this set that will allow you to not only manipulate the environment, but also the vehicles and powers of the characters themselves. 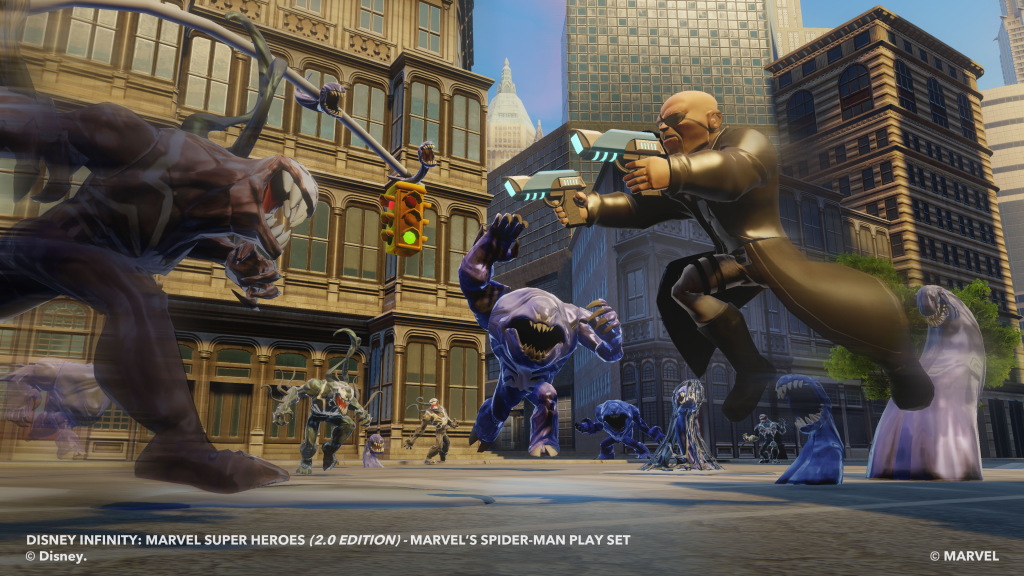 On top of all of this the new Toy Box Toys were great and interactive and allowed players of all ages (my kids included) in creating some very cool games. One of the things my eldest daughter seems to love these days is the text creator which allows you to be able to add in text bubbles in the toy box. For me, as a parent, I love that there is a safety feature included in this to keep the language friendly and clean! The other thing that my daughter loved was the ability to create rooms with themes, decorating them in many ways with the furniture that was included in the toy box itself. Also, the furniture available was all connected to either Disney or Marvel in some way which brought back a lot of memories for me! The final thing about the toy boy and the system that I will mention is that there is so much more memory now to be able to save toy boxes. You can save up to 300 toy boxes in your own cloud, so you can be as creative as you want, making multiple environments that you can keep going back to over and over again! 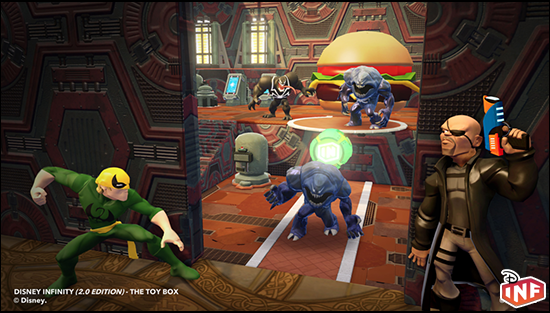 All-in-all I love this new system and I am looking forward to seeing what Disney Interactive has next in store for us, as they have indicated that this is only the beginning… so what do you think might be next? Star Wars? More Marvel Characters? There are so many options to choose from! I highly encourage all to check this system out. You will not be disappointed!