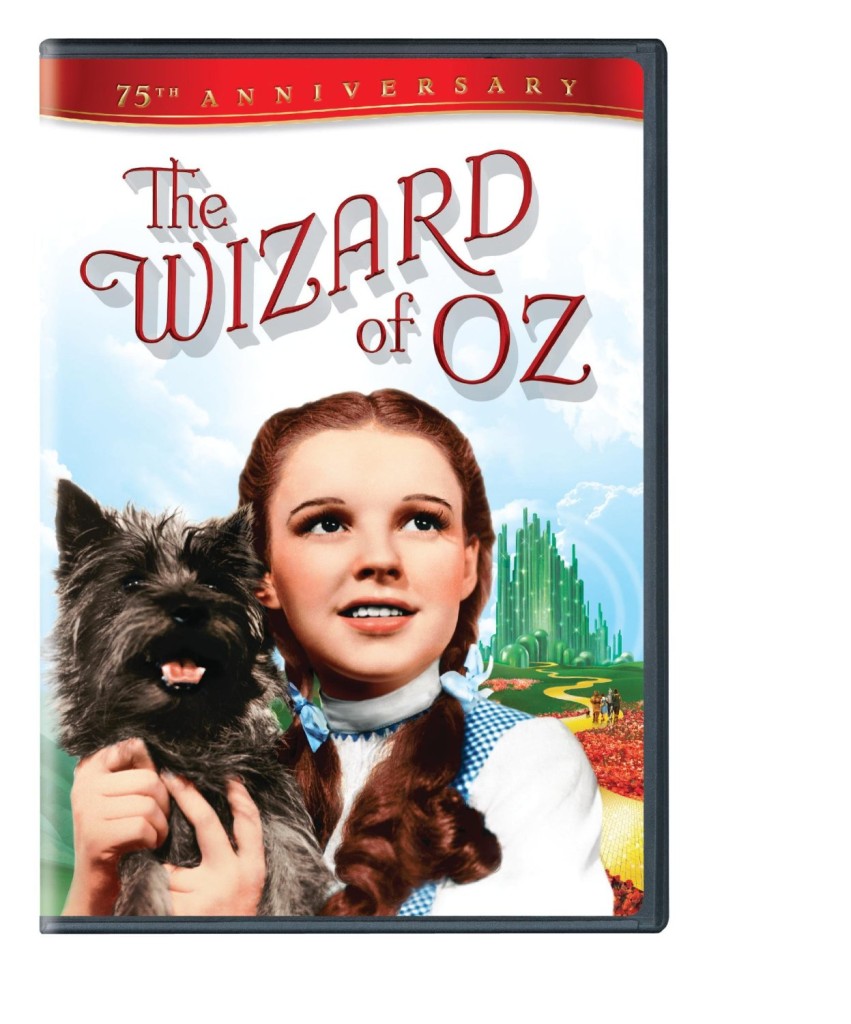 The magic of M-G-M’s wonderfully colorful and unique fantasy has melted hearts for more than seven decades with its indelible melodies and transcendent themes of family, home and the courage to pursue dreams. To celebrate the beloved movie’s 75th anniversary, Warner Bros. Home Entertainment is reeleasing The Wizard of Oz on DVD.

Adapted from L. Frank Baum’s timeless children’s tale about a Kansas girl’s journey over the rainbow, The Wizard of Oz starred Judy Garland as Dorothy, Ray Bolger as the Scarecrow; Bert Lahr as the Cowardly Lion; Jack Haley as the Tin Woodman and Margaret Hamilton as the Wicked Witch.

I have been a fan of the Wizard of Oz ever since I read the Frank L Baum stories from the past. The movie itself has become one that I have watched over and over and I cannot believe that it is now 75 years old! The DVD itself was well made and they did a great job with both restoring color and sound to this classic. You are able to experience the movie in a whole new way, and with that in mind you are able to see such rich detail in the movie – you will be amazed!
Giveaway

How would you like to win this for yourself or for your family? All you need to do is fill out the below form to be entered.  The contest will run for one week and will end on October 25, 2013.