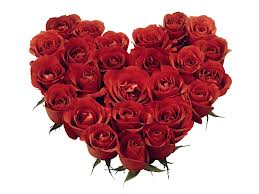 As I was preparing for Valentine’s Day yesterday I had decided to try and make two new soups for my wife and family. I had finished the first of the soups, a hot guacamole soup, and I was working on the second soup, a Chicken Chimichurri soup. One aspect of the first soup that we planned to eat when J-Mom got home from work, was that the soup called for frying some corn tortilla strips to place as garnish on top of the soup itself. For anyone that knows us, you know that we don’t eat much fried food, let alone fry food ourselves. In this recipe I was to heat oil and then fry the corn tortilla strips. So I heated up the oil and covered the pot (big mistake) so that it would heat quicker. When I was ready to fry the strips I took the lid off and the pot exploded with a tower of fire. Unfortunately, I somewhat panicked and instead if trying to get the lid on to snuff out the flame the flame engulfed my hand and I dropped the pot on the floor, causing a small fire in the kitchen as well. I was in shock but immediately called 911 to be able to get the help that I needed immediately. I also called my wife and mother to get them over as well. All of this was happening as I watched my skin peeling off my hand and my youngest daughter watching from the living room.

As I waited for both my mother and the ambulance to arrive I did not know what to do, so I tried to do what I could to aid the burn and save my hand. I had heard that placing eggs on the wound could help, so I tried it… instead of congealing as the article I read stated, it just ran all over the place. After that I just got a huge bowl and filled it with cold water. My mom arrived quickly and not knowing the nature of my injury she rushed into the kitchen and slipped and fell on the oil that was everywhere, hitting her head in the process.  So I ended up calling 911 again to let them know about this as well.  Soon afterward the ambulance arrived and then J-Mom arrived too.

The guys with the ambulance were great and they helped me to calm down and got me ready for transport to our local hospital, though they made it clear that they did not have a burn unit. I got to the hospital at around 7pm and ended up staying there until about 11:30 when they discharged me while telling me to go to the University of Michigan Hospital Emergency Room on Thursday (Valentine’s Day) morning. We got to the hospital at around 8:15 and got right into the ER. By 9:30 I had seen a slew of doctors and then the waiting began for me to be able to see an attending from the burn unit. At around 11 two nurses from the burn unit came down and cut away all of the skin that I lost in the burn. Between 11:30 am and 7:30 pm we simply waited and never saw an attending (talk about frustrating). I finally got a bed on the floor so I sent J-Mom home as Diva-PJ was quite ill and wanted her mom. I got moved into a room with another patient that I could tell was much worse than I. For the rest of the night I never saw an attending but did finally get to eat (as I had never gotten to eat throughout the day).

So my Valentine’s Day was definitely not what either J-Mom or I expected, but I am in a room and waiting for a surgery that will happen either on Sunday or next Tuesday.

Thanks to everyone that has been sending well wishes, prayers and more, as they are greatly appreciated!