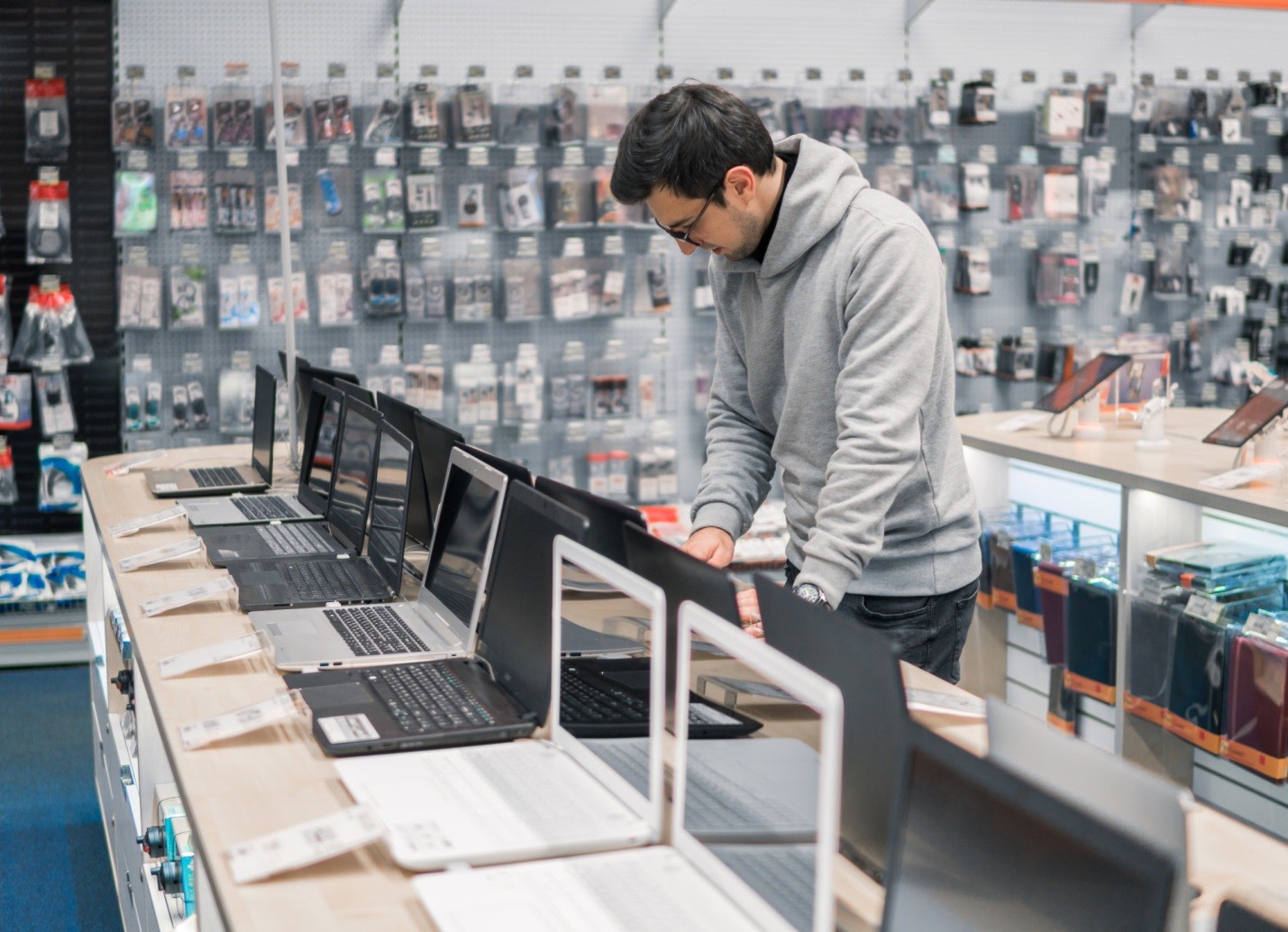 When our child is ready for a laptop for school, we may be wondering ‘should I buy a PC or Mac?’ Read these differences between the two to help your decision.

The everlasting debate between PC and Mac devices has been largely a matter of personal taste. But as computers make their way into standard school curriculums, it’s time to accept the reality that they aren’t all built the same.

For example, some schools and universities may only support one type of operating system. In that case, your subjective preferences shouldn’t influence your ultimate decision. But when your learning environment accepts both options, which is the best for your child?

Should I buy a PC or Mac? You’ll get a different answer depending on who you talk to. Let’s outline the differences between these devices and help you make your own informed decision.

Apple doesn’t outsource the creation of Mac devices. They are an all-in-one package with limited opportunities for customization. You’ll have a hard time shopping around for low-range Mac computers.

And in general, Macs are more expensive than PCs. The iMac is the Apple equivalent of a desktop PC. The cheapest iMac on the market costs over $1,000.

In contrast, you can find a pre-built desktop PC for around $400 to $500. Though it’s important to mention that all Apple devices come with built-in monitors. A monitor for your PC will set you back an additional $100.

The story is the same for laptop computers. The cheapest MacBook on the market sits around $1,000. In comparison, you could find a functional laptop PC for $200 to $300.

It’s important to consider a warranty as it pertains to price. All Mac computers come with a one-year warranty and an optional warranty of three years for an additional surcharge.

Pre-built desktop PCs usually come with a one-year warranty, though some manufacturers may offer more or less. If you build the PC by scratch, PC parts tend to come with at least a three-year warranty.

The software itself is the big difference between PC and Mac operating systems. Although the devices are both computers, they follow different trains of thought and logic.

For example, clicking the red “X” on your PC will close the window. But on a Mac, the equivalent action will minimize it in your dock. You’ll have to learn new shortcuts, like how to Ctrl-Alt-Delete on a Mac.

These subtle differences are why most people say the choice of operating system is completely subjective.

However, a significant portion of the software is exclusive to one type of computer. Your child’s school system will inform you if their software works on both types of devices. Luckily, the most pervasive applications such as Microsoft Office and the Adobe Creative Suite are available on both operating systems.

As a rule of thumb, most software creators provide support for PCs over Macs. With a program such as Apple Boot Camp, it’s possible to run the Windows operating system on Mac devices. With this setup, your child will have access to any type of software.

Safe web browsing habits are learned. With years of computer experience under our belts, we know to avoid common sources of infection, such as a flashing, mysterious download button. But your child will have to develop this intuition over time.

This is all to say that virus protection is a significant consideration for any young person’s computer. Macs come pre-installed with a robust antivirus system. And since Macs are a smaller part of the computer market, fewer hackers create viruses for these devices.

Thanks to Windows 10, desktop PCs finally come with their own built-in virus protection. Windows Defender gets the job done, but you may have to use a third-party program to supplement some of its shortcomings.

For years, it’s been well-known that Macs encounter fewer viruses than their PC counterparts. But times are changing. Macs are taking more of the market share — and more attention from malicious coders.

From 2018 to 2019, the number of virus threats on Macs increased fourfold. In fact, Macs now encounter twice as many threats as PC users. The owners of Mac computers can no longer surf the internet with an air of invincibility.

PCs are more popular than Mac computers. From libraries to offices, the vast majority will use the Windows operating system rather than Mac OS. The prevalence of Windows determines more than virus risk and software support.

After all, your child is still learning the basics of computers. The operating system you choose will create the foundation they build on in the future. And that matters seeing as PCs and Macs behave so differently from each other.

If you want to ensure your child is comfortable with computers, it makes sense to choose PC. However, many creative professionals use Macs for tasks like painting, sound, and graphic design. If your child is interested in these professions, then choosing a Mac just makes sense.

Most people report that Macs have longer life expectancies than PCs. This is thanks to Apple controlling and manufacturing every component to their own standards. Apple computers definitely cost more, but you’re likely to get your money’s worth.

When things do go wrong, you have to take your Mac to the Apple Store for a proper repair. If your PC is on the fritz, you can sometimes make the repairs on your own or bring it to any computer repair outlet. The Apple Store is almost always more expensive.

Should I Buy a PC or Mac?

At the end of the day, there’s no right or wrong answer. Instead of asking “should I buy a PC or Mac,” ask, “what would my children like?” After all, this computer is for them.

If they’re happy with it, then so are you.

Looking for more general life advice? Stay tuned into our site for the latest.