Nintendo’s Wii U console is a gaming system that changes the way you experience entertainment. Its unique GamePad controller lets you play on a second screen and enhances the high-definition game play. 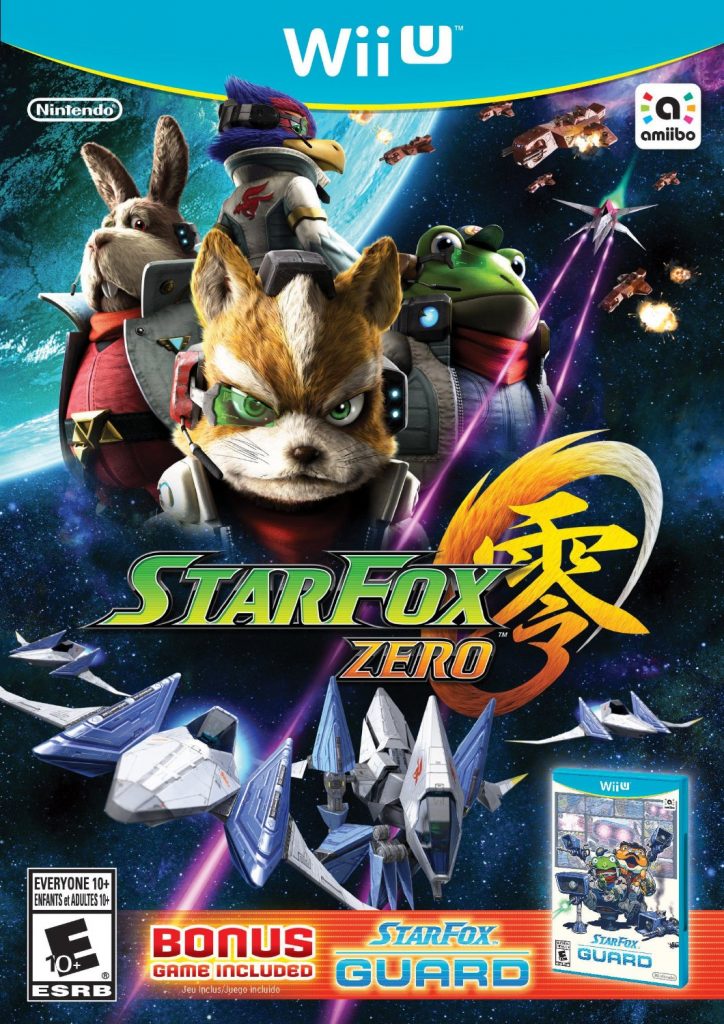 Star Fox Zero (Wii U)
Star Fox Zero marks the return of an iconic, action-packed Nintendo franchise. With the help of Star Fox and team, players embark on a galactic adventure by piloting an Arwing and other futuristic vehicles using the unique controls of the Wii U GamePad controller. –

Players choose their favorite anti-gravity vehicle and become a legend in a futuristic racing league. Race at a smooth 60 frames-per-second through giant mech spiders, asteroid impacts, rock slides and deep sea tunnels. The game supports split-screen local multiplayer with up to four players, as well as an online mode with up to eight players from all around the world. 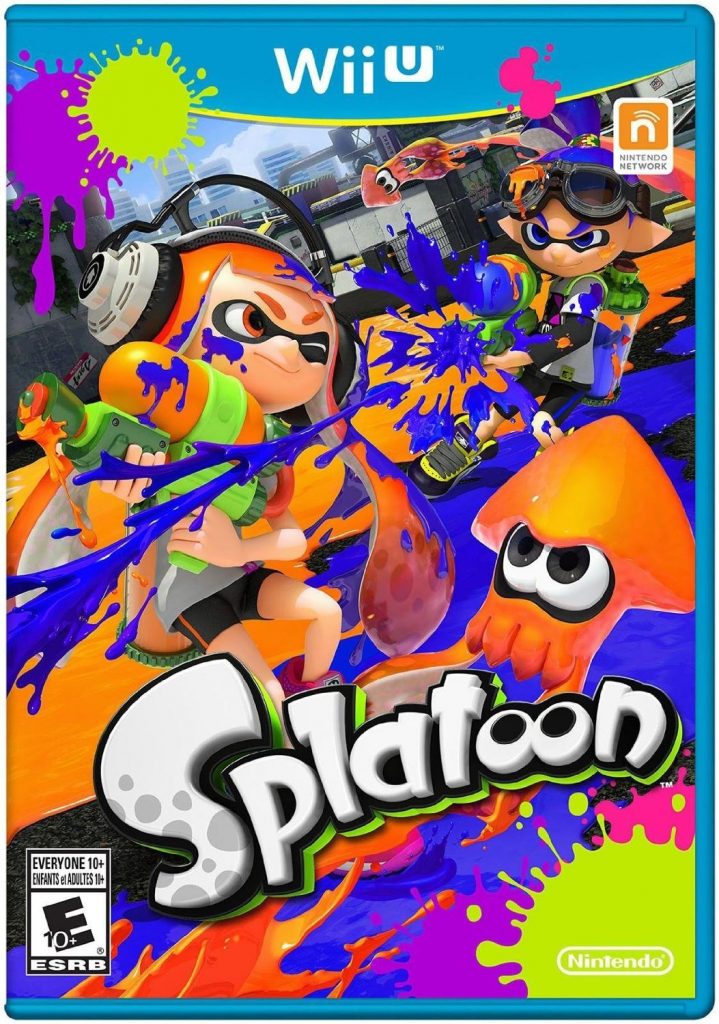 A new franchise from Nintendo that takes on the third-person action shooter. Splatter enemies with ink and claim their turf in single- and multiplayer modes.

The Mario experience of your dreams has arrived and is bursting with creativity… including yours! Play a near-limitless number of intensely creative Super Mario Bros. levels from players around the world. It’s so easy and fun to create your own levels with the Wii U GamePad controller that it feels like you’re simply sketching out your ideas on paper. Bring familiar enemies and objects into playable courses in ways you could only dream of before. What was impossible in traditional Mario games is now impossibly fun, so let your imagination run wild! 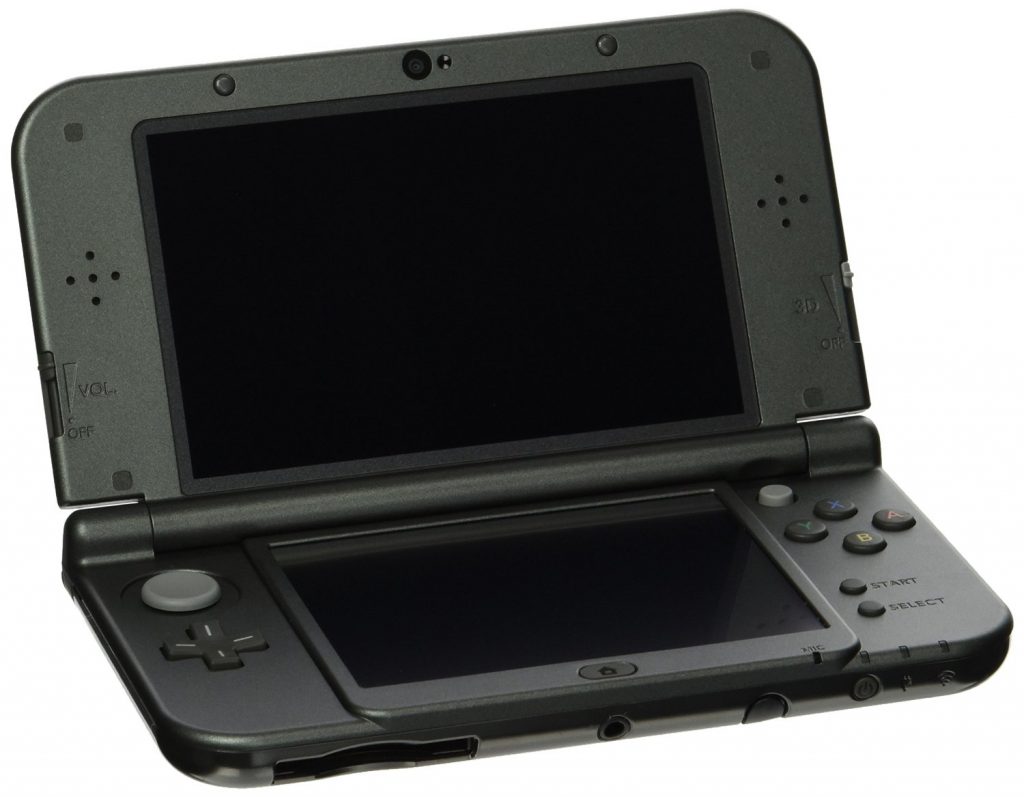 With this popular hand-held system, get totally immersed in gaming with the big, bright screens and 3D graphics. The system comes with a face-tracking 3D technology, 3D camera, motion sensor and gyro sensor, SD memory card, free software, built-in amiibo functionality and many more fun features. New Nintendo 3DS XL is the best way to play games on the go and watch them come to life. 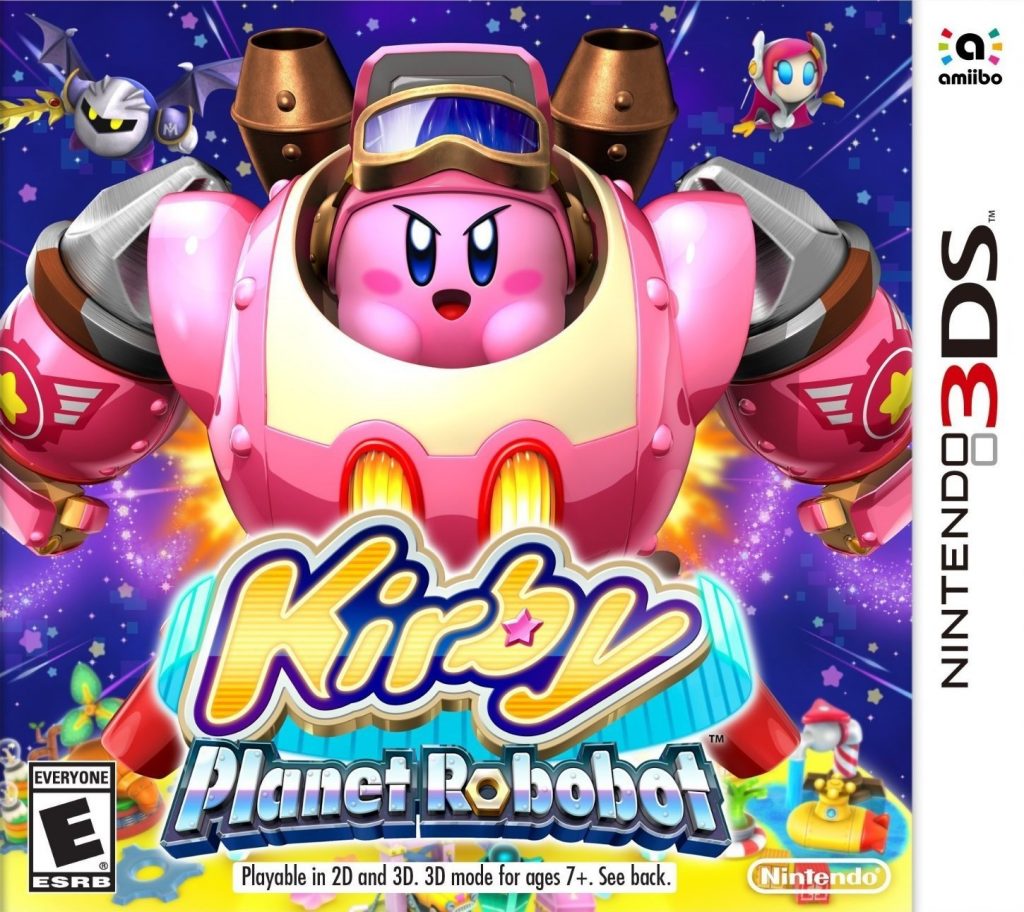 Harness the power of a mysterious mech to stop ruthless invaders from mechanizing Kirby’s home world. Smash through tough obstacles, lift heavy objects with ease and scan enemies to shape-shift into new Modes with powerful abilities in this supercharged action-platformer. 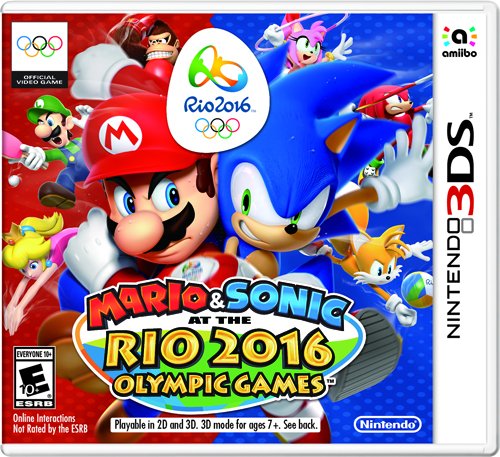 Get the family excited about the upcoming Olympic Games with all of your favorite Mario and Sonic characters! Friends and families can take the rivalry on the road with this portable collection of supercharged events like Soccer, BMX, Beach Volleyball and Archery, or they can try Plus Events, which add a Mario & Sonic twist to the athletic proceedings. 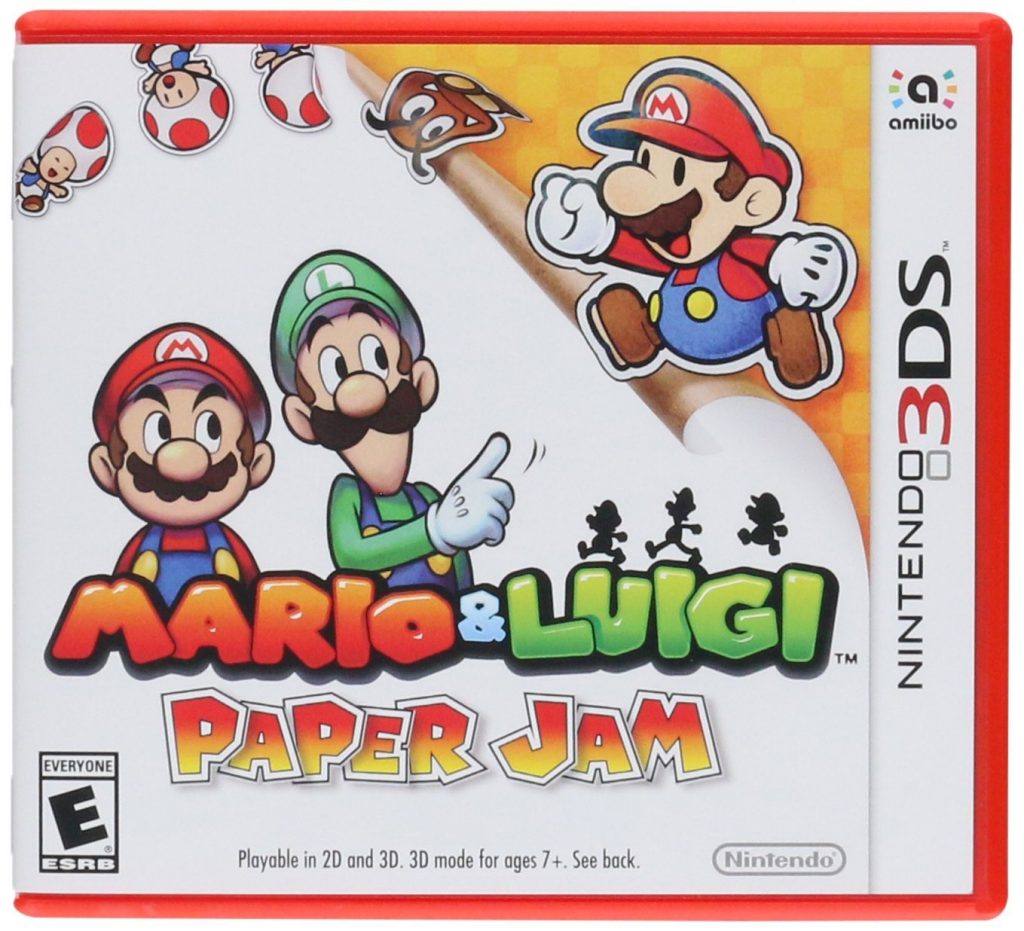 Paper Mario jumps out of a book and into a bizarre adventure, resulting in hilarious, and dangerous, hijinks! Become the superstar team of Mario, Luigi and Paper Mario to take on quests, take down enemies and untangle these two unique universes in this playful new entry in the Mario & Luigi series. 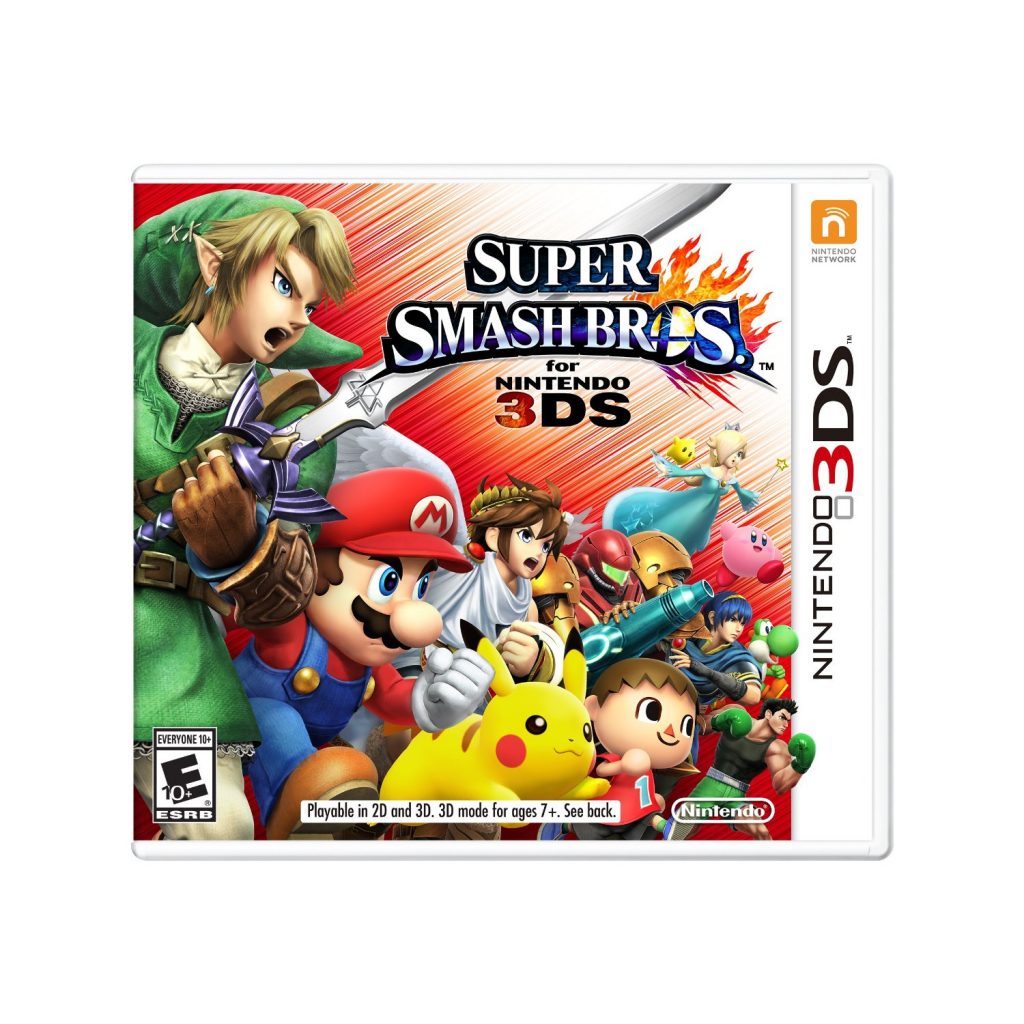 Super Smash Bros. for Nintendo 3DS takes the tried-and-true fighting game that pits classic Nintendo characters against each other and adds more features than ever before, with robust single- and multiplayer modes, silky smooth online play and myriad customization options.

Get cool in-game extras with amiibo – Nintendo’s toys-to-life figures that can interact with your favorite games in unique new ways across multiple Wii U and Nintendo 3DS games. Just tap to score new characters, game modes or other perks. From the cuddly Yarn Yoshi to the special Super Mario Bros. 30th Anniversary Mario amiibo, your dads and grads can collect amiibo to bring them closer to the games and characters they love. 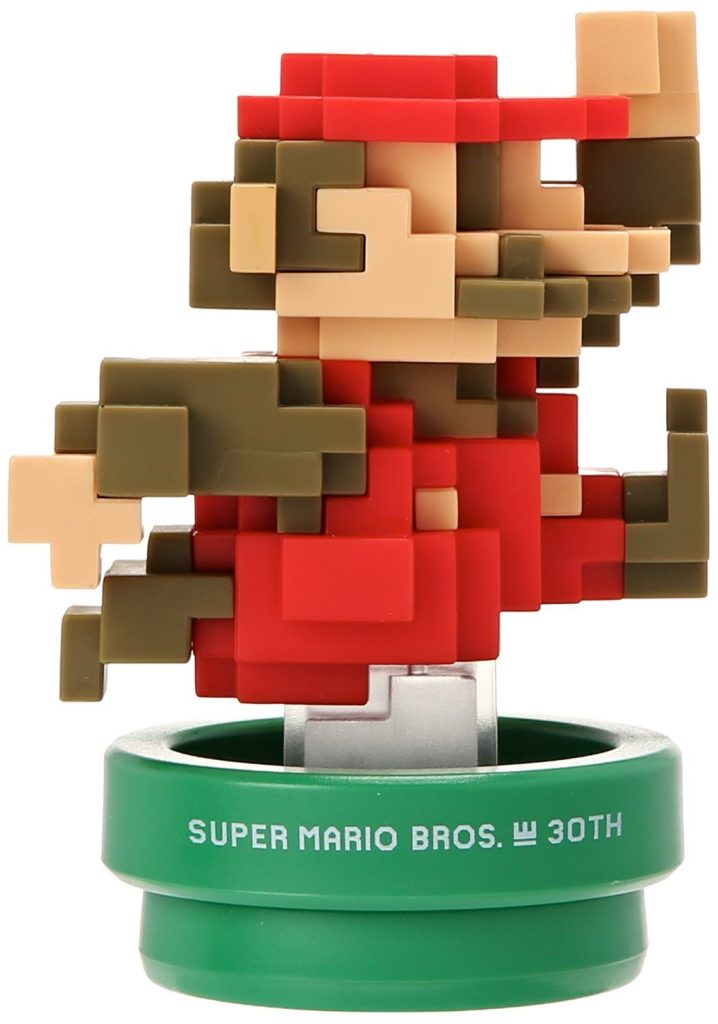 Mario’s style has evolved throughout his many adventures and challenges. This blocky, classic look harkens back to his design in the original Super Mario Bros. game that launched for the NES in 1985. His iconic red overalls and brownish shirt represent the classic color scheme used in the original game. Try using this retro-inspired amiibo in Super Mario Maker for some fun surprises!

Made from actual yarn, Yoshi has never been more adorable! Kind-hearted, naturally protective of others and perpetually hungry, Yoshi is always up for adventure. This amiibo is compatible with many Wii U and Nintendo 3DS games, including Yoshi’s Wooly World.