This is the second part in a series of three that talks about moving with children and things that you and I can do to assist them and lessen their overall concerns and stress during this period of time. In case you missed it you can read the first part of our series, I encourage you all to read about how to assist children during the Pre-Move.

I asked Jeremy from Discovering Dad, Tyler from Building Camelot, Joey from Daddybrain, and Josh from Raging Dad to share their experiences with you. I hope you will enjoy this series and look forward to your comments!
————————————————————————————————- 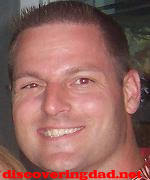 Everyone needs to have enough time to say goodbye. Give hugs. Cry it out. Give out the new address. Wave out the back window of the car. Drive off into the sunset. If only it were that easy. Moves are hard. They are one of the most stressful things a family can do, if only from a logistical perspective. It is mentally and physically exhausting, especially if you’re moving a significant distance. If it’s a long car ride, you can count on the mood to be somber and, perhaps, emotional.

Although I admit this to be something difficult for me (empathy is not my biggest strength), people need to be given the chance to release their emotions safely during a move. If not, then it will be hard to move on in a more figurative sense with your life in the new location. As a father, I tend to try and listen, while fighting the urge to “fix” things for my family when they are stressed. When we moved to our current house, we had to live in an extended stay hotel for several months while construction finished. Let me tell you, there was no amount of effort big enough to “fix” the frustration of being cramped in a small space for days on end, living in flux.

As for the physical move itself, we have always taken the same approach as family vacations: the more distractions the better. Driving in a car or rental truck for hours on end may seem like a great time for teaching kids new things, but in my experience, this is a huge mistake. Let the kids do mindless things, so that they can become engrossed in an activity rather than wallowing in their sadness about the move. You will be better equipped to listen and talk things through with them without the distraction of driving or car sickness. If you’re moving and you don’t have a portable DVD player (or one built into your vehicle), then I highly recommend getting one, especially if you have young kids. It will pay for itself many times over in stress reduction during long trips in the car.
————————————————————————————————-

While our house was on the market, my wife and I made every attempt to clean out all the closets, cabinets, dressers, attic, etc. and donate large amount of stuff to the local Salvation Army. This was a tremendous help because once we sold the house, and knew without a doubt that we were moving, we had a lot less to pack. We let Olivia help pack a lot of non-breakable items so she could feel like a part of the process. It also gave us additional opportunities to talk to her about moving into a “new” house with a “new room”. I think she played with cups and mugs more than she actually packed, but seeing the boxes around the house was a reminder that we were going to move.

The actual moving day was very hectic. We closed on both houses AND moved all in one day. For us, we wanted to keep her routine the same so we took Olivia to daycare. We told her that today was the last day in the house and after daycare, we’d sleep in her new room. She was very excited and kept asking, “See my new room tonight?”. I think the regular trips to the new house and all the discussions surround the new house really helped her with the transition.
————————————————————————————————- 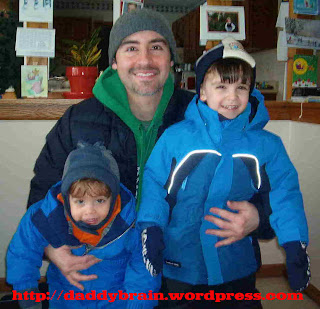 I don’t have a really good answer here. It was stressful. Especially with a one-month old. We didn’t want to leave NY, we simply didn’t have a choice.

That being said, listening to Max, answering his questions and letting him know what was going on, worked pretty well. Overall, he was very excited. 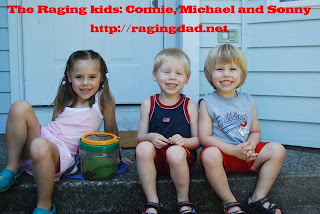 Selling our house was so difficult, that it was beginning to look like I might have to return to Minnesota and abandon our plans for relocating to Portland. However, I had quit my job already and had no options for going back. Plus, I was committed to my new employer and had signed relocation agreements. We decided that if this move was going to happen, we had to get the entire family out to Portland, post haste.

We decided to drive the family across the country, rather than fly. Though it would take far longer, we hoped that it would give us a sense of perspective, of where we were in comparison to our home of 30-some years. At the time, my twin boys were two years old, and my daughter was four. All of our possessions left in a moving truck, and we hit the road in our minivan armed with a DVD player and dozens of movies.

While the 1700-mile drive could be done in three days, we decided to take it at a slower pace and reward the kids with pool time in a hotel at the end of each day. Having some time to get out of the car was critical for the sanity of our kids, even though my wife and I wanted to keep going.
While I was back in Portland, I prepared our house for the rest of the family. We let the kids select the colors of their rooms, which proved to be a good way to get them engaged in the new environment before they got there. By the time we rolled into the new city, they were excited to see their new rooms.

The single most challenging part of the entire process was being apart for three months during the move. The stress that was created for my wife was tremendous, as she had to keep the house clean and ready to be seen by purchasers, while taking three wild children all on her own.
Comparatively, the actual move was much easier than the preparation and the challenges that would come as we settled into our new home and community.