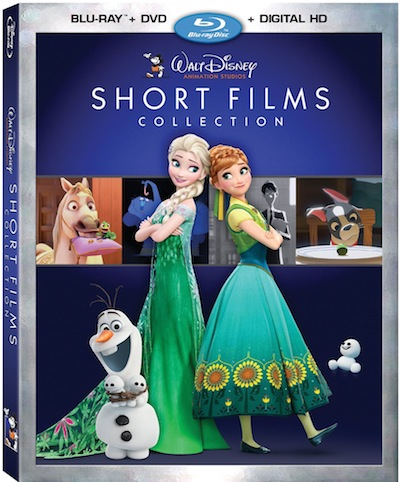 From Walt Disney Animation Studios comes the Shorts Film Collection, an extraordinary new collection of award-winning and beloved short films featuring Disney’s Frozen Fever, starring Anna, Elsa, Olaf, Sven and Kristoff, and the Oscar®-nominated Lorenzo. It will be available early on Digital HD/Disney Movies Anywhere August 11 and you can bring It home on Bluay™ August 18. Enjoy this must-own collection with all-new extras including an inside look at the Disney Animation shorts, featuring introductions and interviews with the acclaimed filmmakers themselves.

Shorts (and filmmakers appearing in each Shorts Introduction): 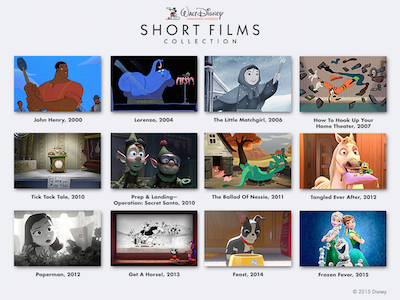 The girls and I enjoyed watching almost all  of the collection in this DVD. We skipped a few due to time. Be sure to watch the introduction before each short film because you will see the directors and creators of the film. Their information is worth the few minutes it takes to listen.
Some of the short films included: John Henry, The Little Match Girl, Tangled Ever After, Two Elves and Mrs. Claus, Get a Horse, Feast, and Frozen. The Little Match Girl is somewhat sad . John Henry will give the viewer a look into the a railroad being built long ago. Frozen is delightful with all your favorite characters preparing a party for Ana. The two elves try to help Mrs. Claus to locate a special box and you will laugh at the trouble they get into as they meet each challenge to retrieve the box. Betty White uses her voice as Mrs. Claus.
If you enjoy Disney  movies, I think you will enjoy watching these creative short films too.