In this high-flying animated comedy, super spy Lance Sterling (Will Smith) and scientist Walter Beckett (Tom Holland) are almost exact opposites. Lance is smooth, suave and debonair. Walter is none of the above. But this unlikely duo must team up for the ultimate mission to save the world when a “biodynamic concealment” experiment transforms Lance into a brave, fierce, majestic…pigeon!

Experience the hilarious thrills of SPIES IN DISGUISE, which is Certified-Fresh on Rotten Tomatoes™, from the comfort of your own home, along with Blu-rayTM bonus features including multiple making-of featurettes and two awesome music videos. Additionally, the Blu-rayTM edition of SPIES IN DISGUISE includes “Super Secret Spy Mode,” an immersive, in-movie experience that takes you deeper into the story with Easter eggs, fun facts, and behind-the-scenes insights into the making of the film.

Add SPIES IN DISGUISE to your digital collection on Movies Anywhere, or own it on 4K Ultra HDTM, Blu-rayTM and DVD on March 10. 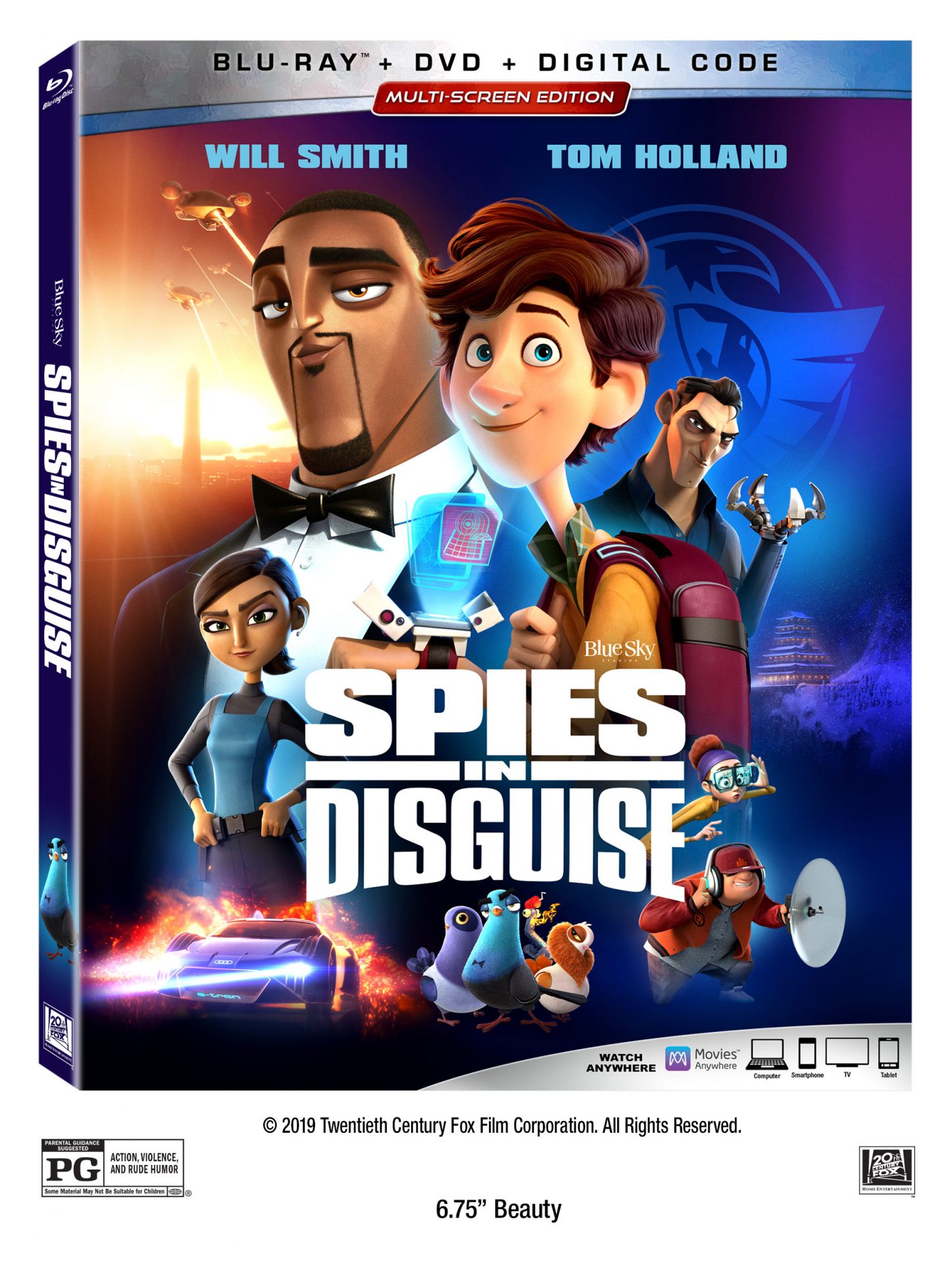 *Available on Digital Only