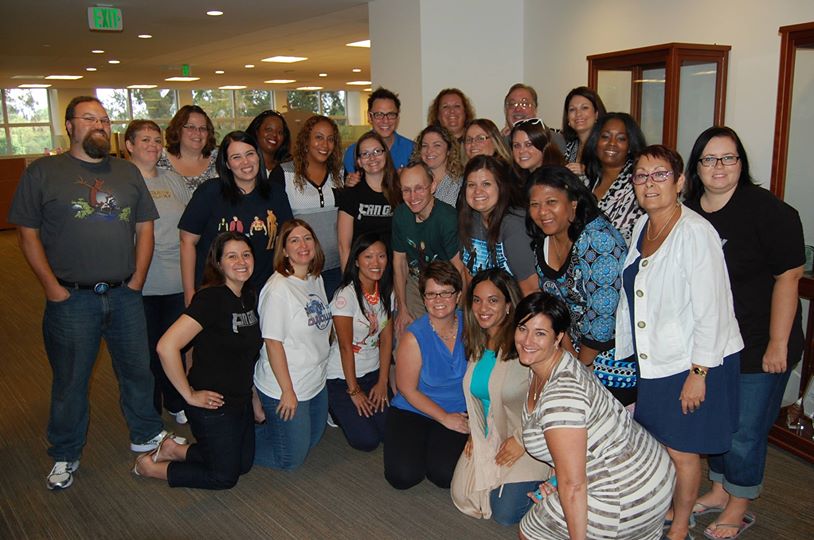 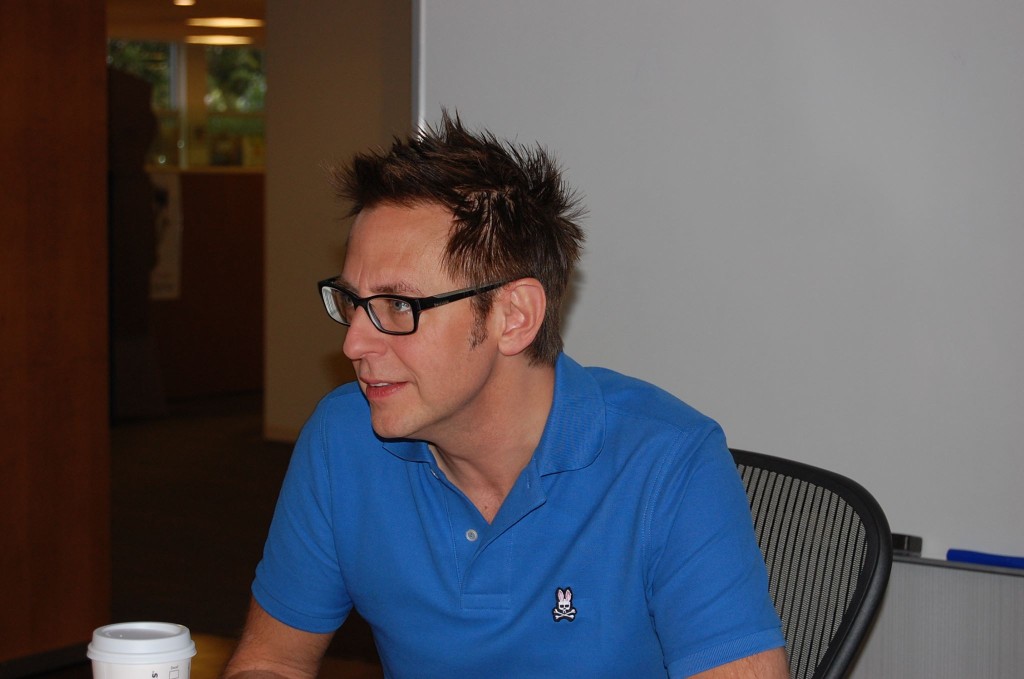 From the moment that James Gunn entered the room there was an energy that surrounded him and the conversation. He came in loud and energized and he was excited to be talking to us about the movie itself! With a HUGE smile on his face he was definitely surprised by the number of people in the room, but once we started talking to him, our enthusiasm about the film was contagious and you could tell he was pleased by this.

We talked to James Gunn about what role he likes best in making movies because he has done so many different things. While he stated that he loves directing, he said that what he really is best at is picking good people for the roles that are available in movies. I have to agree in regards to this movie, as the people picked for the acting roles truly felt correct to me, especially after seeing the movie and experiencing the true symetry that seemed to happen between the characters in the movie.

James Gunn mentioned that he loved that he had the opportunity to create a new wing for Marvel, especially in the fact that through the Guardians of the Galaxy he was able to not only create a new wing, but he was able to create new worlds, new characters and even new species of characters. As a comic book fan James Gunn said that this was the most exciting for him in being affiliated with this movie. 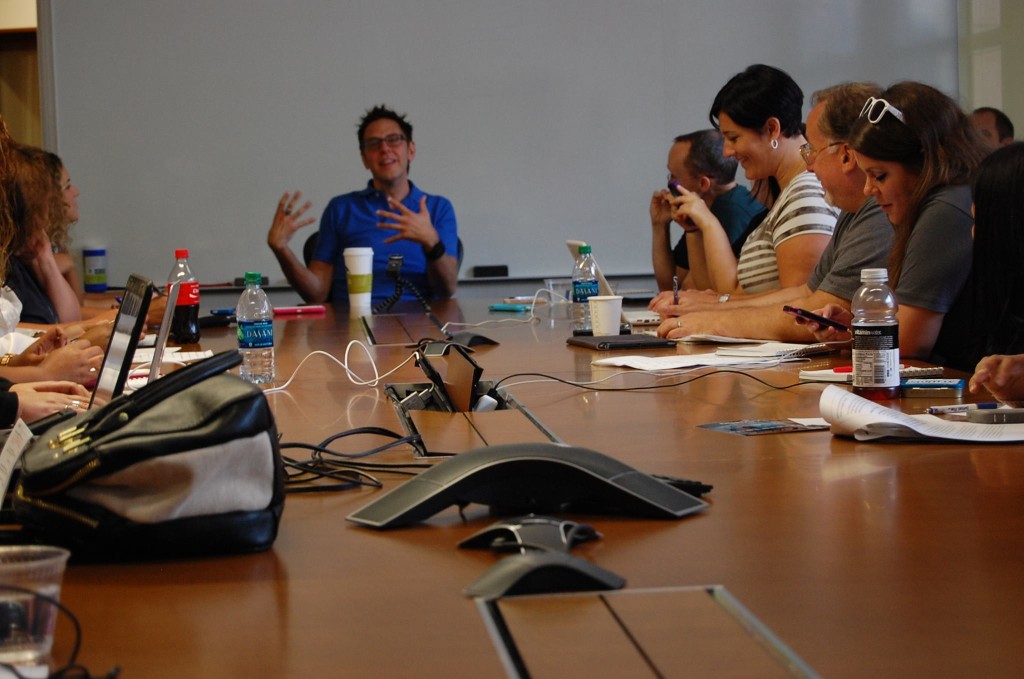 We asked James Gunn which character in the movie was his favorite, and while he said that each character had their own things that made them unique and fun, that his favorite was probably Rocket as he was the outcast, he learns the least by the end of the movie, and he is the saddest character in regards to his backstory.

James Gunn said that making a family film was very satisfying for him. He equated this experience back to his own childhood and favorite movies from then. He stated that he wanted to be able to make Guardians of the Galaxy into a movie that allowed fans to have a similar experience to what he had with his own favorite movies. He also hoped that people would leave this movie with the understanding that this film was not just about superheroes. The movie instead is about family, friendship and caring.

I was interested to hear whether there was much interplay between James Gunn and Joss Whedon as the the Avengers are definitely connected to the Guardians in the actual comic series. While James did not go into a lot of detail about the future projects in the works, he did say that conversations definitely happened between both he and Joss Whedon, especially in regards to Thanos as James said he wanted to make sure that he remained true to the Thanos’ character as it was introduced in the Avengers and other related movies.

In talking about the future for the Guardians of the Galaxy, James Gunn said that there are a ton of possibilities. He said that he would love to be able to tell the story of Rocket and Groot or Gamora or even the story of Nebula.

As we heard from Dave Bautista, James Gunn mentioned that his favorite antics moment though was the dance-off that he orchestrated with all of the cast. He said that it was so much fun and that he loved seeing all of the cast and crew having fun.

Meeting James Gunn was SO exciting and I loved hearing about his love for comics and how doing something like this was a dream come true. James was so down-to-earth and the smile that never left his face was proof of his excitement about the movie and what it brings to the Marvel Universe!

Want to learn more? The transcript of the full interview can be found here: https://www.dropbox.com/s/zv13kfar6y8hxqk/GOTG-JamesGunn.doc