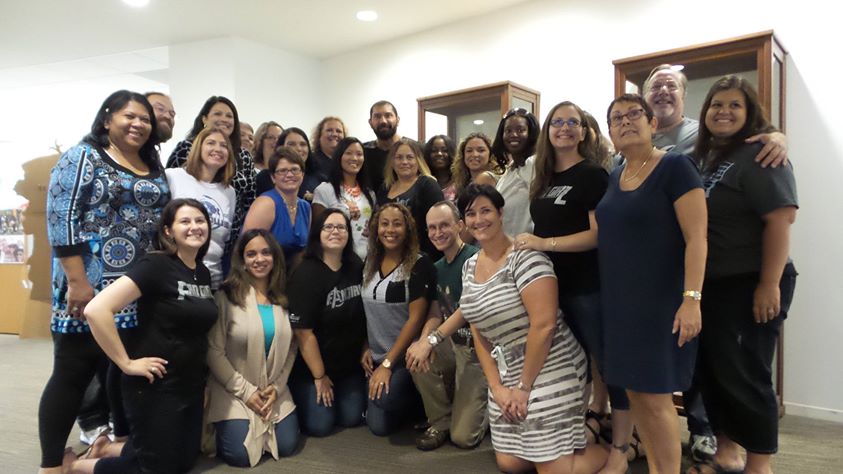 One of the interviews that we had for the #GuardiansoftheGalaxyEvent was with Dave Bautista. I did not know what to expect with him as the only roles that I had seen him in in the past was as a action hero / MMA fighter and wrestler. Never had I had the opportunity to speak with him in person, so my initial beliefs were tinged by what I had seen him in before. Now after meeting him I have to say that these initial thoughts were wrong and I now see him in a whole new light. In Guardians of the Galaxy he plays Drax the Destroyer, a character that definitely has depth but also draws on some of the action based characters that he played in the past.

Initially in this interview I was very interested to hear from Dave Bautista about his past experiences, especially in MMA and wrestling, and how these experiences prepared him for his role. In asking him this, interestingly he stated that the training really did not help. He said that he had really great stunt guys that did an amazing job and that all other training was provided to him. He did mention that he felt that being physically fit was critical for this role though. 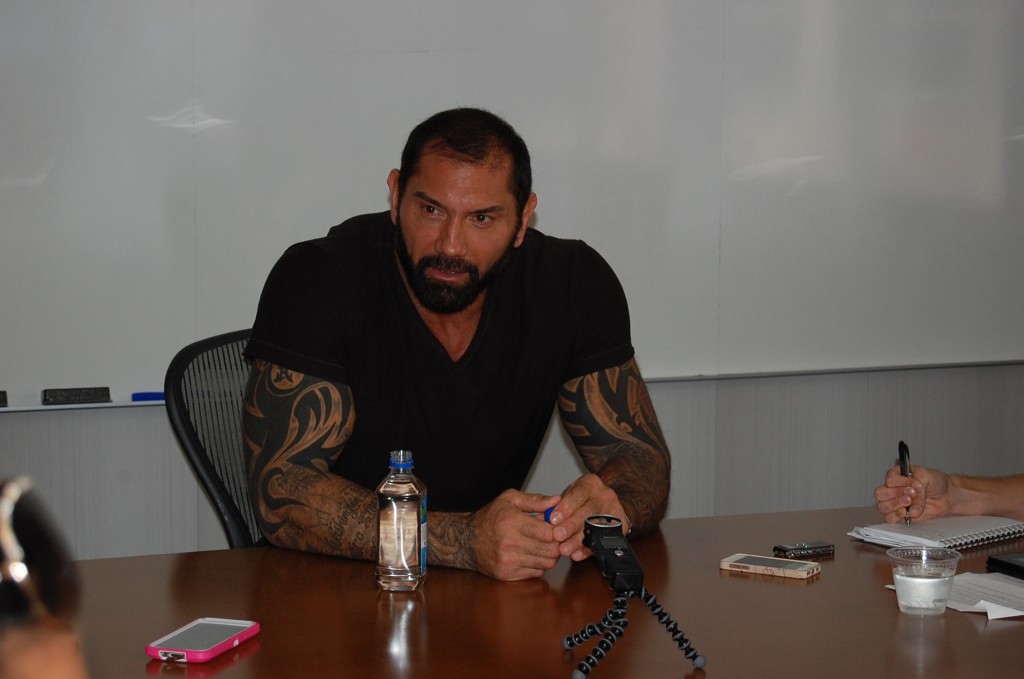 The character of Drax the destroyer was one that required much makeup. On a daily basis Dave Bautista mentioned that it took four hours to apply the makeup that he had to wear (this included prosthetics that had to be glued on) and one hour each day to remove. So imagine this for all of the taping, for me that would be a bit too much! On average Dave spent 20 months working with the movie which equates to a lot of time in the makeup chair too!

Even though it took that long each day, Dave Bautista mentioned that the character of Drax the Destroyer was one that he was very excited to play as the character was a “nut job” while being a multi-layered role that had an extensive emotional range. While he never read or knew about the Guardians of the Galaxy before this role, he was a big fan of DC Comics, especially characters like Batman and Aquaman.

Dave Bautista said that his most memorable moment in the film was a prank played on him by James Gunn and a number of the actors. James Gunn convinced the actors to dance in the end of the movie and when they went from person to person, dancing, and then ending with their hands pointed at Dave Bautista, Dave ended up dancing too and while he stated that he was not a very good dancer, but he did try his best and I think it payed off. 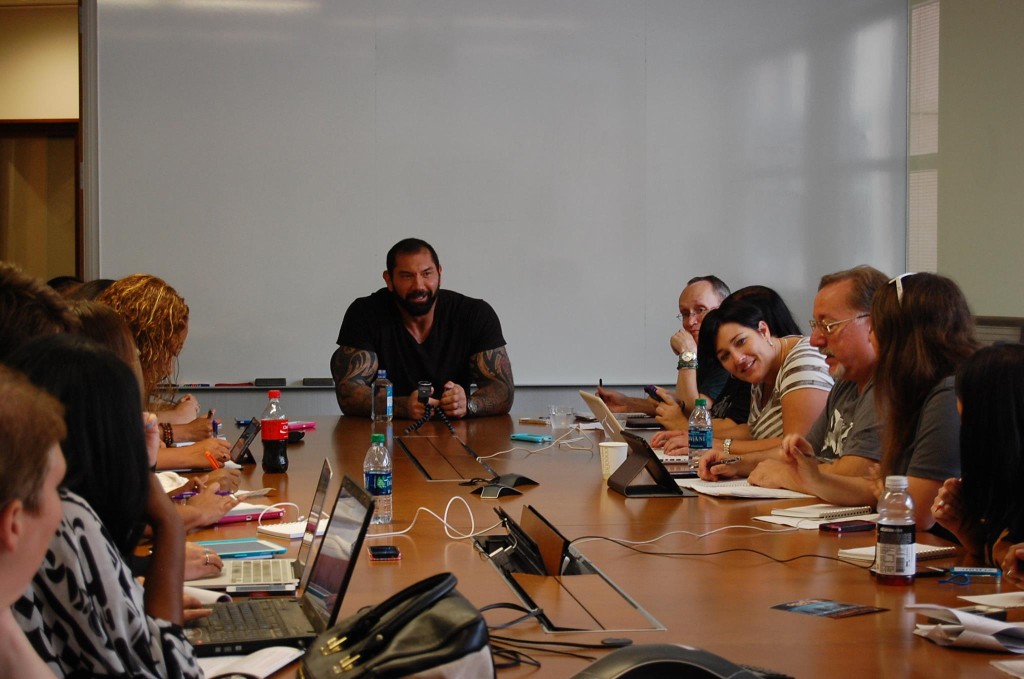 While Dave Bautista has had some roles in the movies so far, most have been action related. Dave mentioned that eventually he really would like to get into dialogue driven roles. He said that it is really difficult being on film and not in front of a live audience because you don’t get the ability to see or hear their reactions immediately.. He said that he would even like someday to possibly be in a play in front of a live audience because of this interplay and immediate gratification.

Dave Bautista was so different than I would have guessed from what I experienced when he was a wrestler in the past. He was quiet, soft spoken, humble and very friendly. He did an amazing job as Drax in the movie and I wish him all of the best as he continues his career!

Want to learn more? The transcript of the full interview can be found here: https://www.dropbox.com/s/3sqbl0fljsyg8me/GOTG-DaveBautista.doc